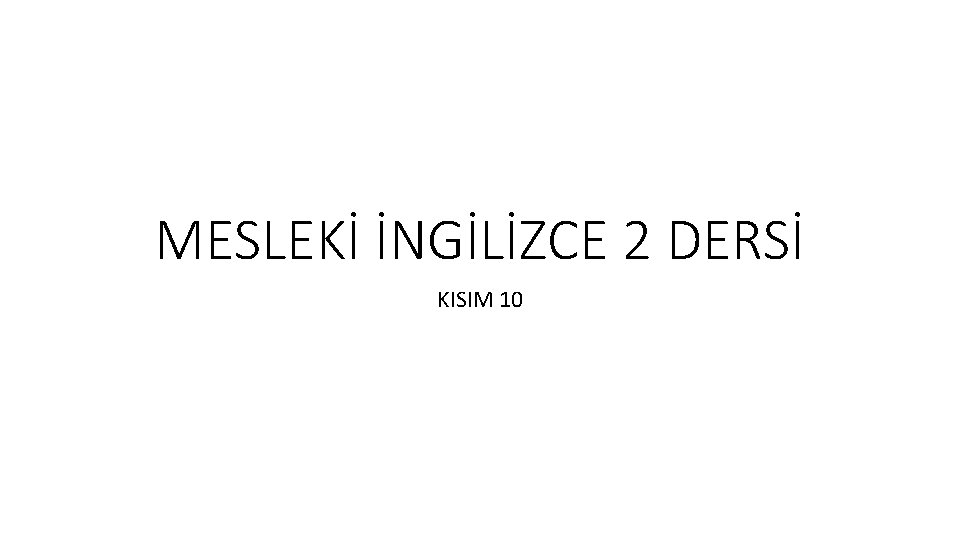 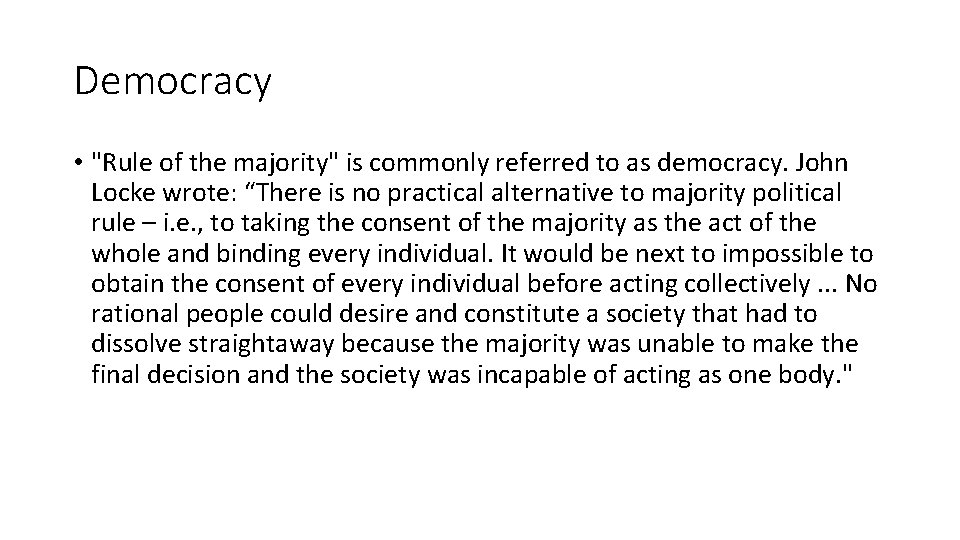 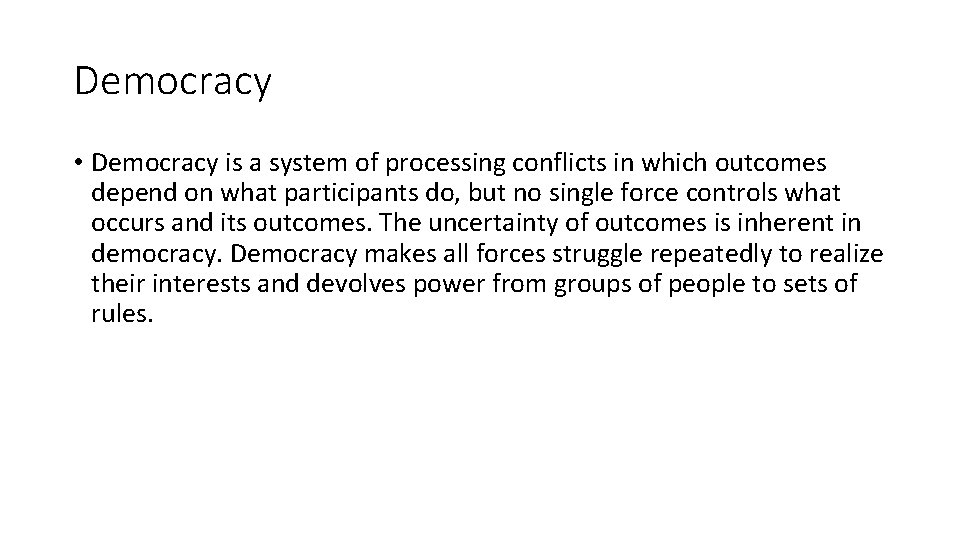 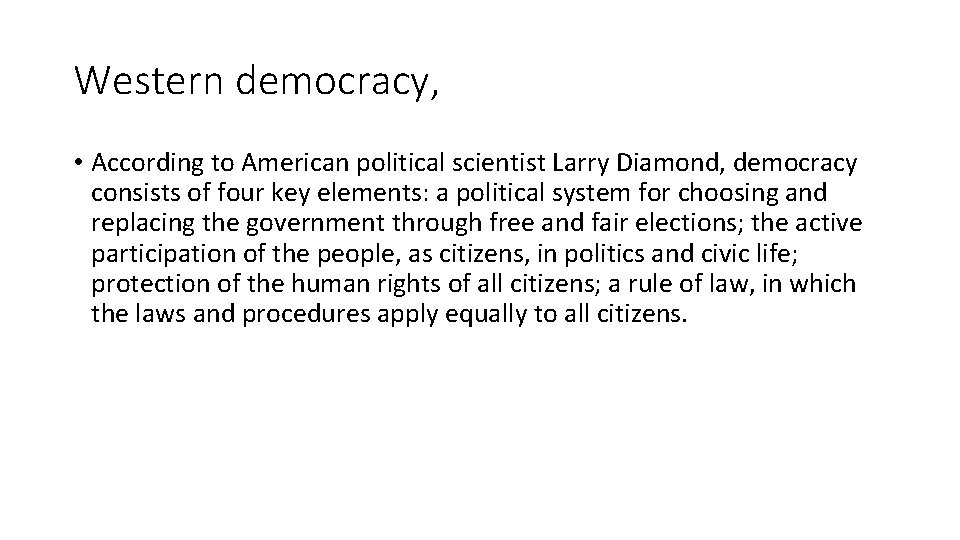 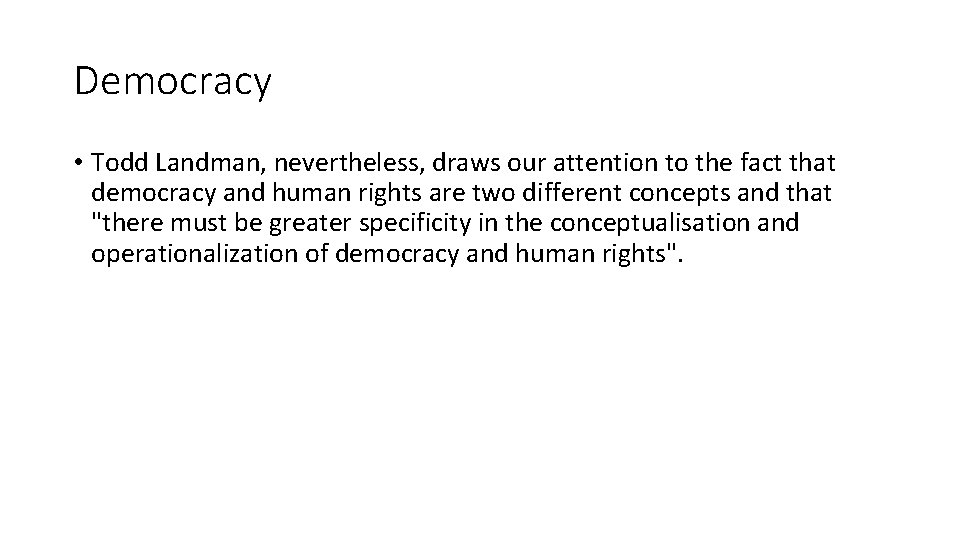 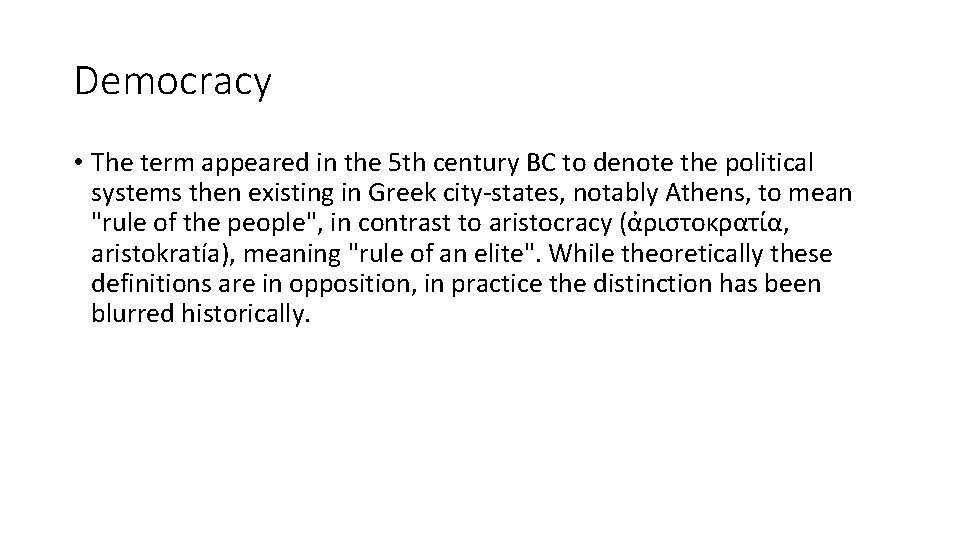 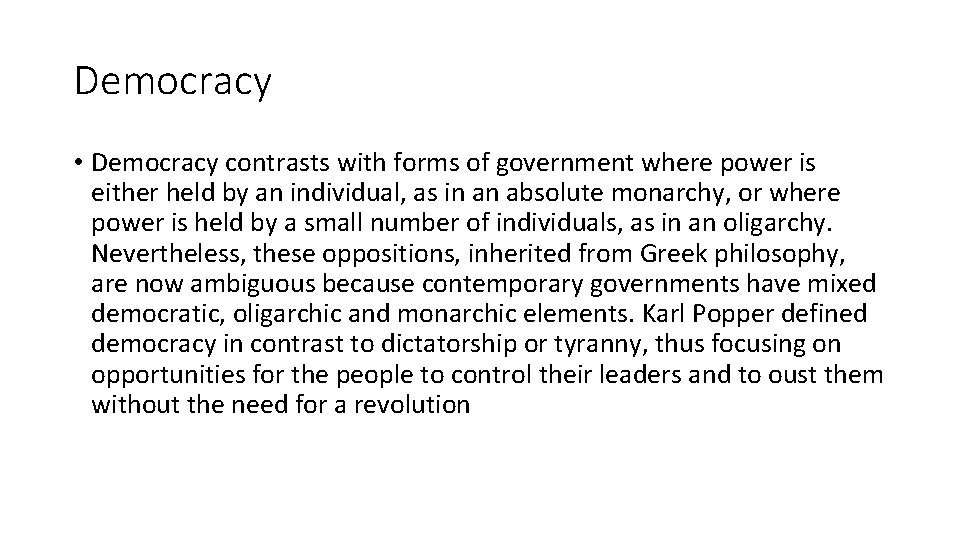 Democracy • In a constitutional democracy the powers of the majority are exercised within the framework of a representative democracy, but the constitution limits the majority and protects the minority, usually through the enjoyment by all of certain individual rights, e. g. freedom of speech, or freedom of association

Democracy • "Rule of the majority" is commonly referred to as democracy. John Locke wrote: “There is no practical alternative to majority political rule – i. e. , to taking the consent of the majority as the act of the whole and binding every individual. It would be next to impossible to obtain the consent of every individual before acting collectively. . . No rational people could desire and constitute a society that had to dissolve straightaway because the majority was unable to make the final decision and the society was incapable of acting as one body. "

Democracy • Democracy is a system of processing conflicts in which outcomes depend on what participants do, but no single force controls what occurs and its outcomes. The uncertainty of outcomes is inherent in democracy. Democracy makes all forces struggle repeatedly to realize their interests and devolves power from groups of people to sets of rules.

Democracy • Western democracy, as distinct from that which existed in premodern societies, is generally considered to have originated in citystates such as Classical Athens and the Roman Republic, where various schemes and degrees of enfranchisement of the free male population were observed before the form disappeared in the West at the beginning of late antiquity. The English word dates back to the 16 th century, from the older Middle French and Middle Latin equivalents.

Western democracy, • According to American political scientist Larry Diamond, democracy consists of four key elements: a political system for choosing and replacing the government through free and fair elections; the active participation of the people, as citizens, in politics and civic life; protection of the human rights of all citizens; a rule of law, in which the laws and procedures apply equally to all citizens.

Democracy • The term appeared in the 5 th century BC to denote the political systems then existing in Greek city-states, notably Athens, to mean "rule of the people", in contrast to aristocracy (ἀριστοκρατία, aristokratía), meaning "rule of an elite". While theoretically these definitions are in opposition, in practice the distinction has been blurred historically.

Democracy • The political system of Classical Athens, for example, granted democratic citizenship to free men and excluded slaves and women from political participation. In virtually all democratic governments throughout ancient and modern history, democratic citizenship consisted of an elite class, until full enfranchisement was won for all adult citizens in most modern democracies through the suffrage movements of the 19 th and 20 th centuries.

Democracy • Democracy contrasts with forms of government where power is either held by an individual, as in an absolute monarchy, or where power is held by a small number of individuals, as in an oligarchy. Nevertheless, these oppositions, inherited from Greek philosophy, are now ambiguous because contemporary governments have mixed democratic, oligarchic and monarchic elements. Karl Popper defined democracy in contrast to dictatorship or tyranny, thus focusing on opportunities for the people to control their leaders and to oust them without the need for a revolution 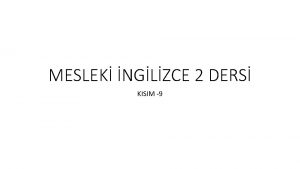 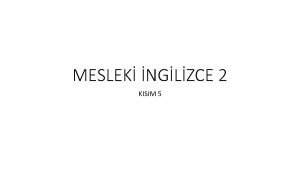 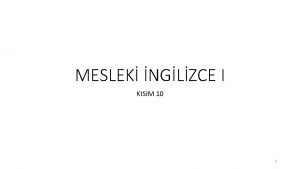 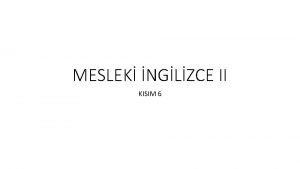 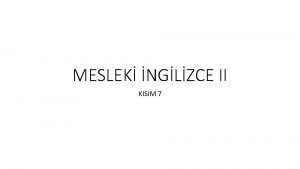 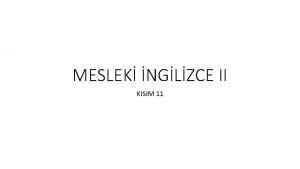 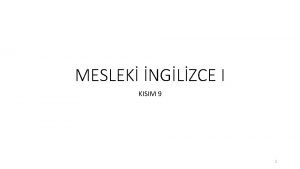 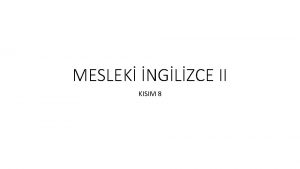 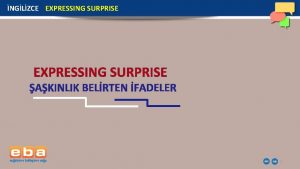 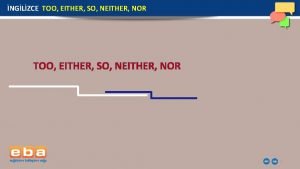