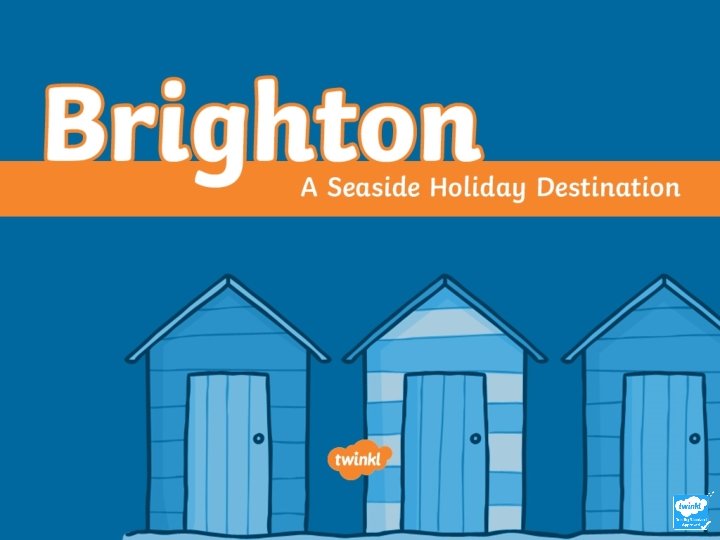 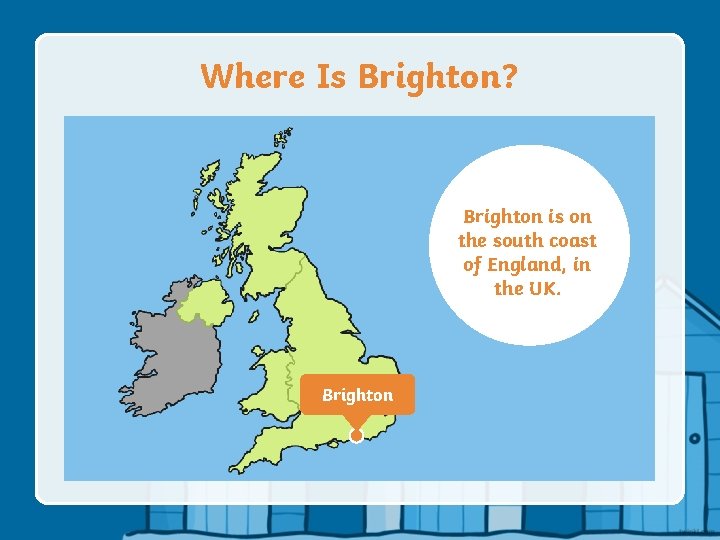 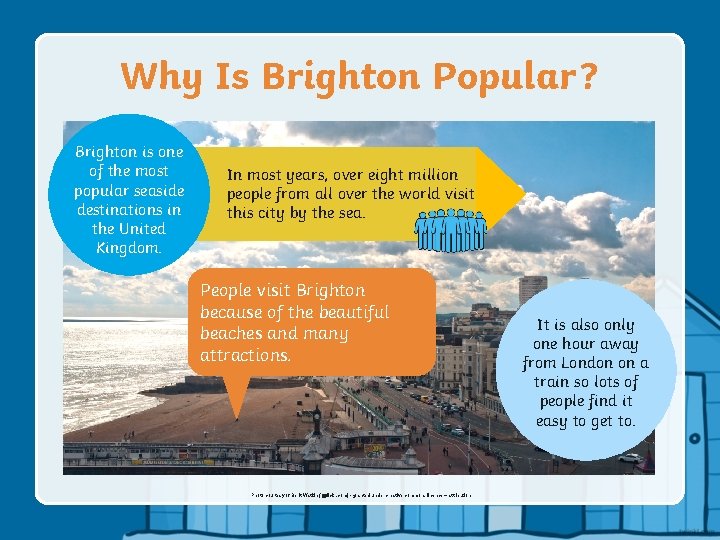 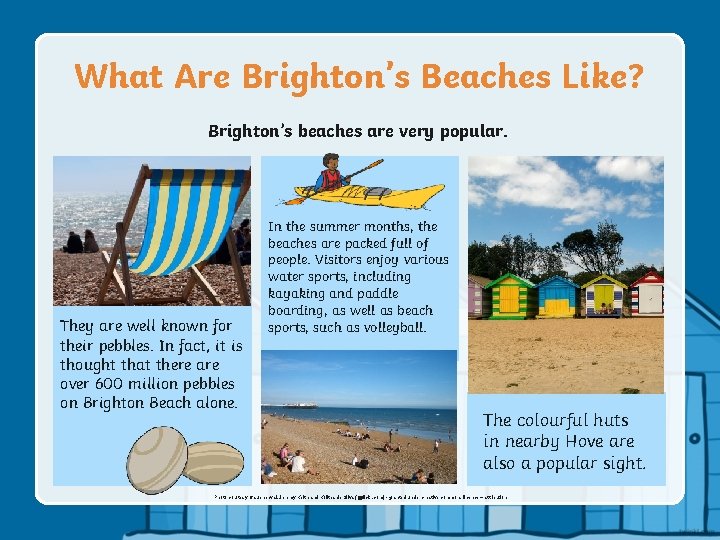 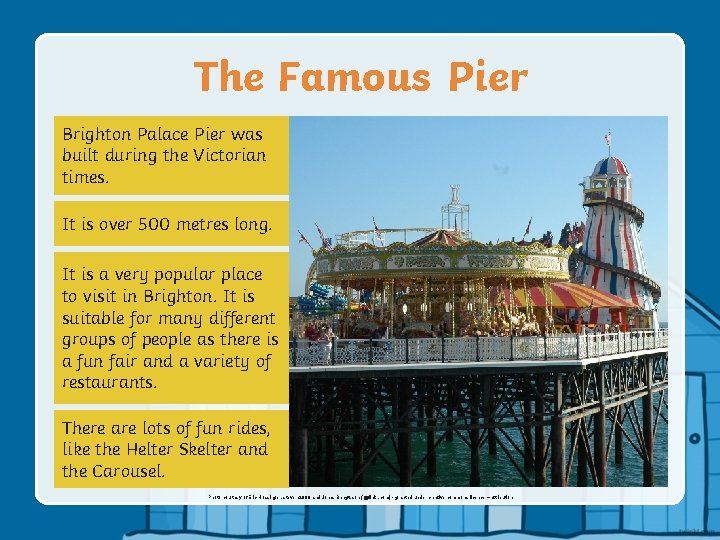 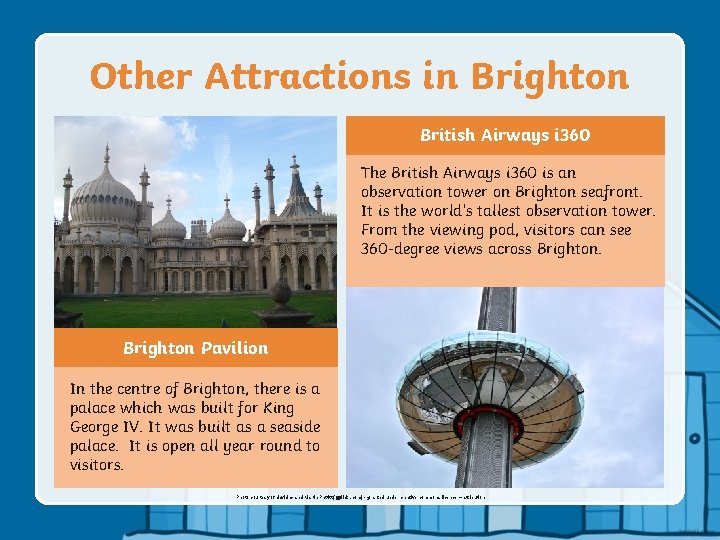 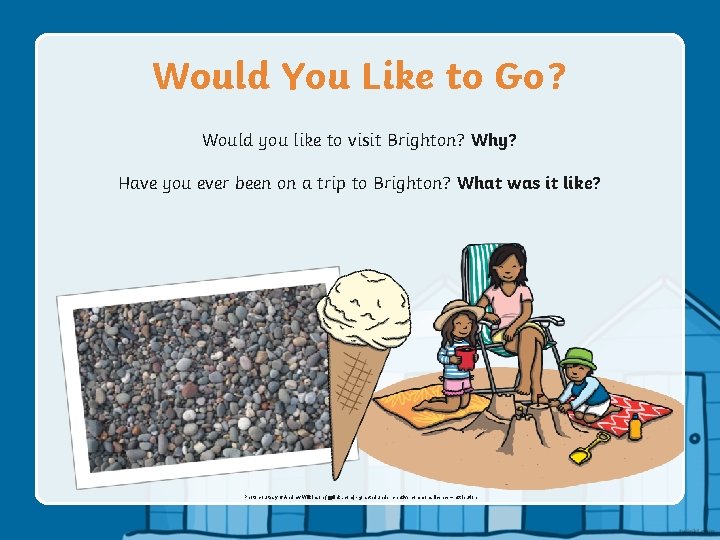 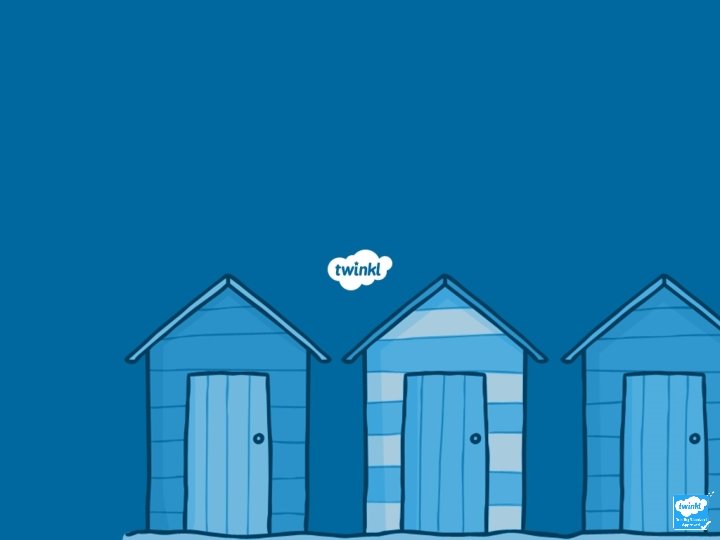 Where Is Brighton? Brighton is on the south coast of England, in the UK. Brighton

Why Is Brighton Popular? Brighton is one of the most popular seaside destinations in the United Kingdom. In most years, over eight million people from all over the world visit this city by the sea. People visit Brighton because of the beautiful beaches and many attractions. Photo courtesy of Berit Watkin (@flickr. com) - granted under creative commons licence – attribution It is also only one hour away from London on a train so lots of people find it easy to get to.

What Are Brighton’s Beaches Like? Brighton’s beaches are very popular. They are well known for their pebbles. In fact, it is thought that there are over 600 million pebbles on Brighton Beach alone. In the summer months, the beaches are packed full of people. Visitors enjoy various water sports, including kayaking and paddle boarding, as well as beach sports, such as volleyball. The colourful huts in nearby Hove are also a popular sight. Photo courtesy of subherwal, Jeremy Keith and Kolitha de Silva (@flickr. com) - granted under creative commons licence – attribution

The Famous Pier Brighton Palace Pier was built during the Victorian times. It is over 500 metres long. It is a very popular place to visit in Brighton. It is suitable for many different groups of people as there is a fun fair and a variety of restaurants. There are lots of fun rides, like the Helter Skelter and the Carousel. Photo courtesy of Eric Hossinger, steve p 2008 and Jonas Bengtsson (@flickr. com) - granted under creative commons licence – attribution

Other Attractions in Brighton British Airways i 360 The British Airways i 360 is an observation tower on Brighton seafront. It is the world’s tallest observation tower. From the viewing pod, visitors can see 360 -degree views across Brighton Pavilion In the centre of Brighton, there is a palace which was built for King George IV. It was built as a seaside palace. It is open all year round to visitors. Photo courtesy of davidhc and Martin Pettitt (@flickr. com) - granted under creative commons licence – attribution

Would You Like to Go? Would you like to visit Brighton? Why? Have you ever been on a trip to Brighton? What was it like? Photo courtesy of Andrew Wilkinson (@flickr. com) - granted under creative commons licence – attribution 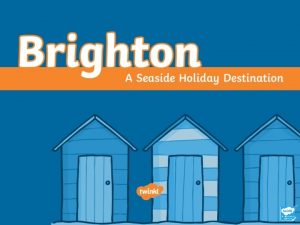 Where Is Brighton Brighton is on the south 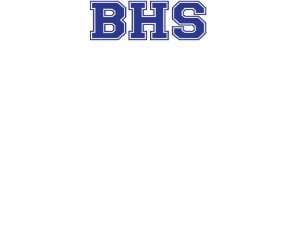 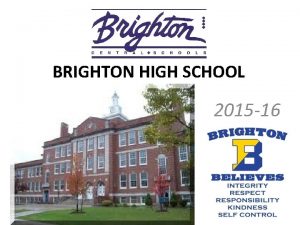 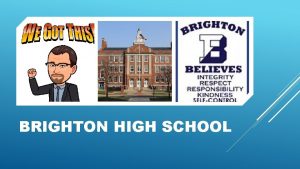 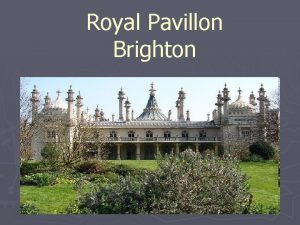 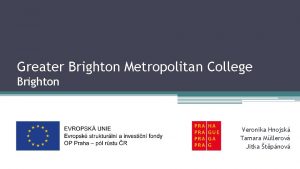 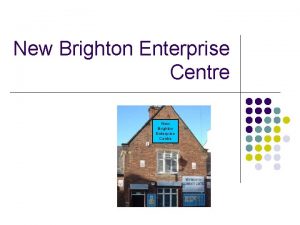