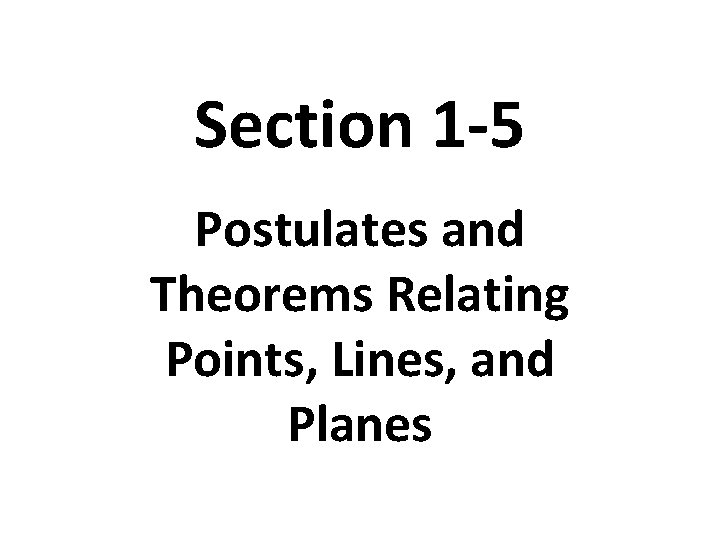 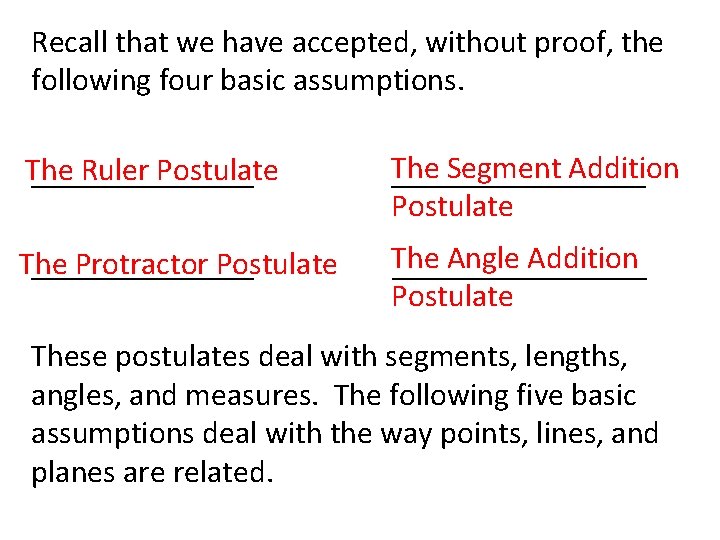 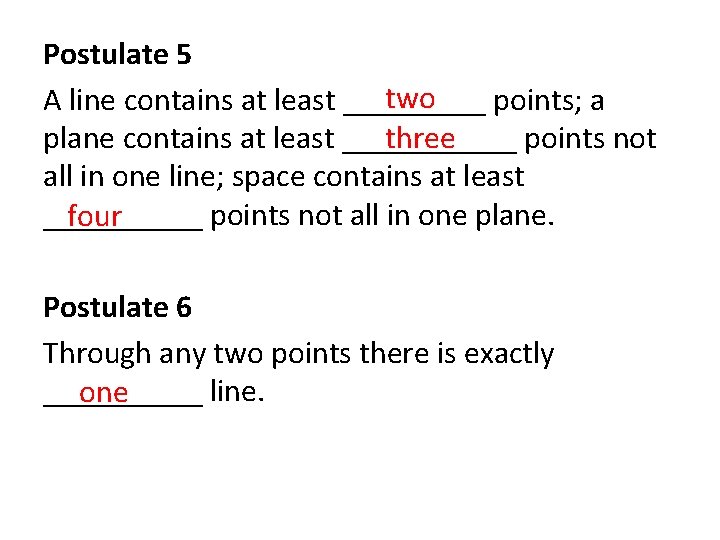 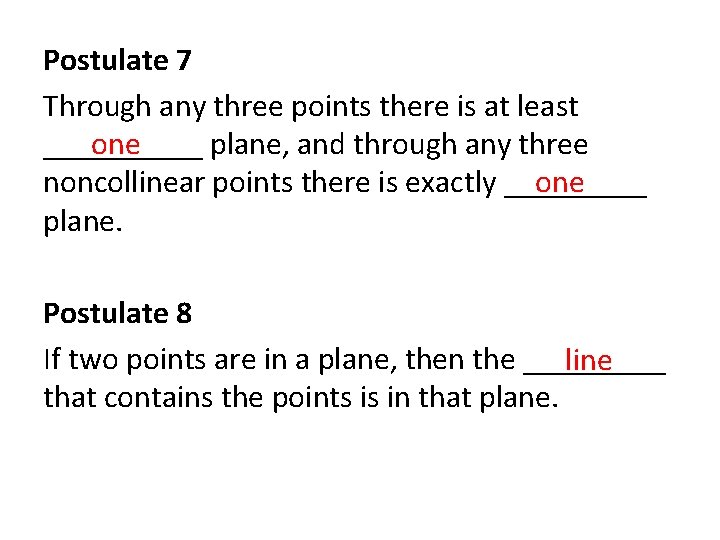 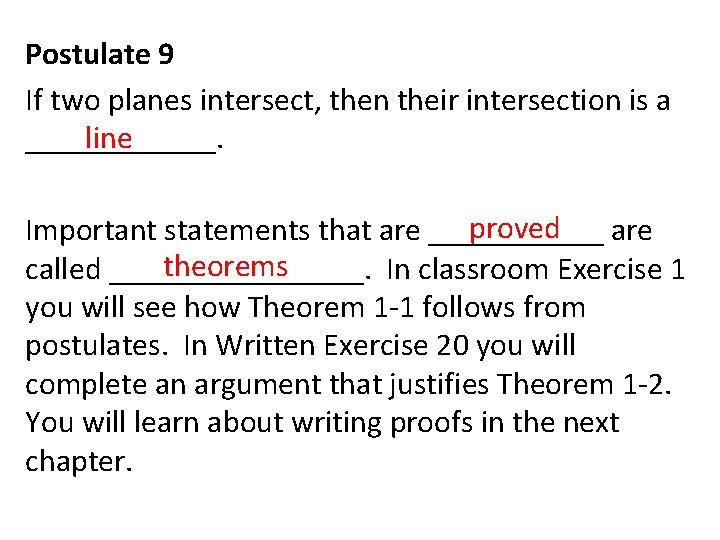 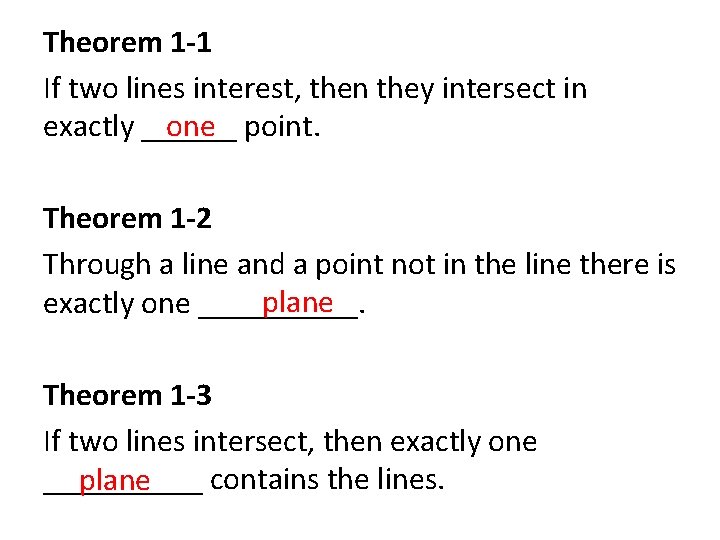 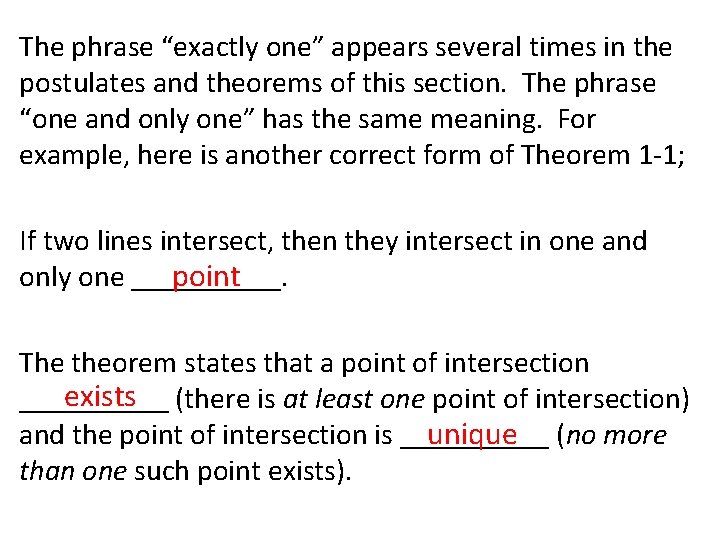 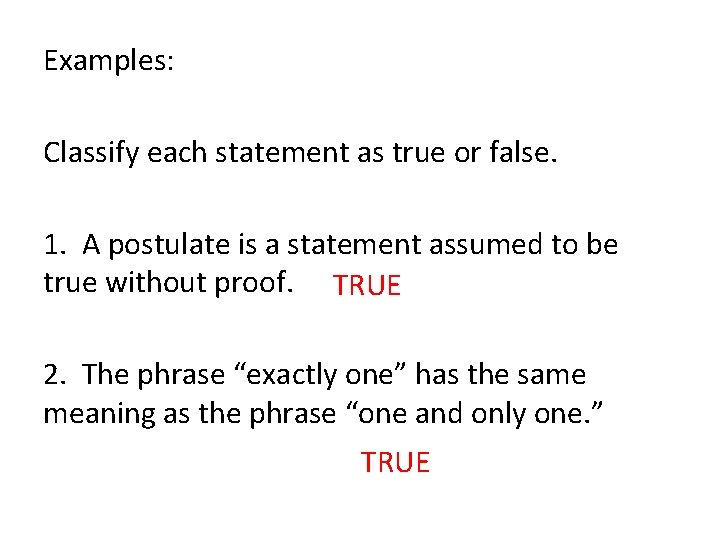 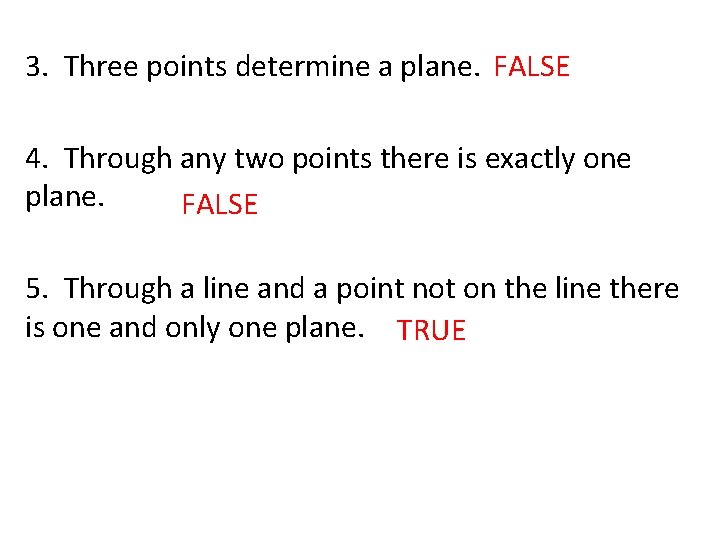 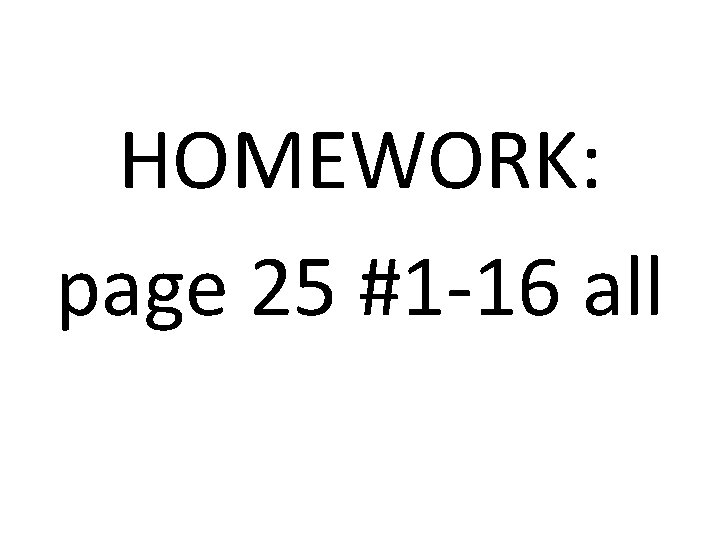 Postulate 9 If two planes intersect, then their intersection is a line ______. proved Important statements that are ______ are theorems called ________. In classroom Exercise 1 you will see how Theorem 1 -1 follows from postulates. In Written Exercise 20 you will complete an argument that justifies Theorem 1 -2. You will learn about writing proofs in the next chapter.

Examples: Classify each statement as true or false. 1. A postulate is a statement assumed to be true without proof. TRUE 2. The phrase “exactly one” has the same meaning as the phrase “one and only one. ” TRUE 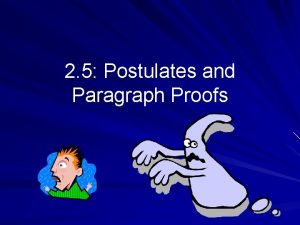 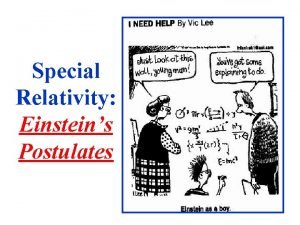 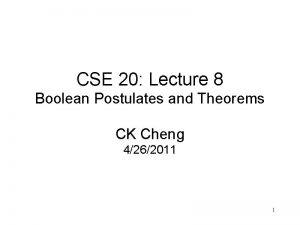 Concepts Theorems and Postulates that can be use 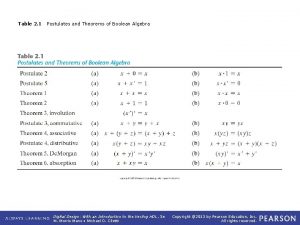 Table 2 1 Postulates and Theorems of Boolean 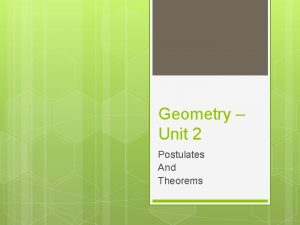 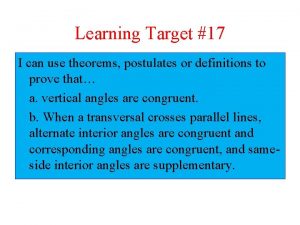 Learning Target 17 I can use theorems postulates 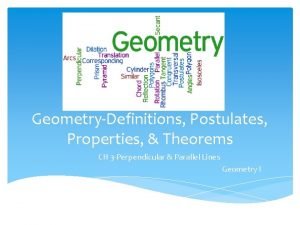 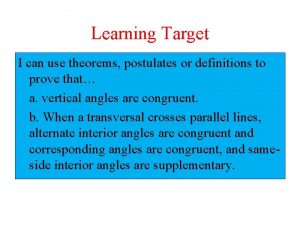 Learning Target I can use theorems postulates or