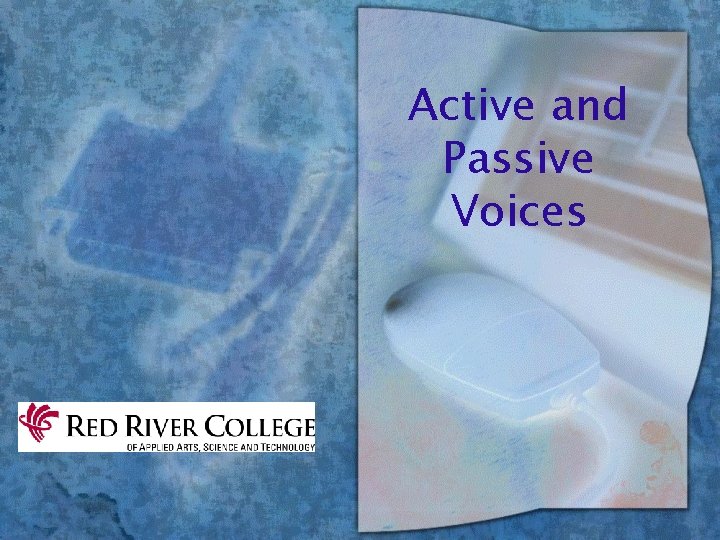 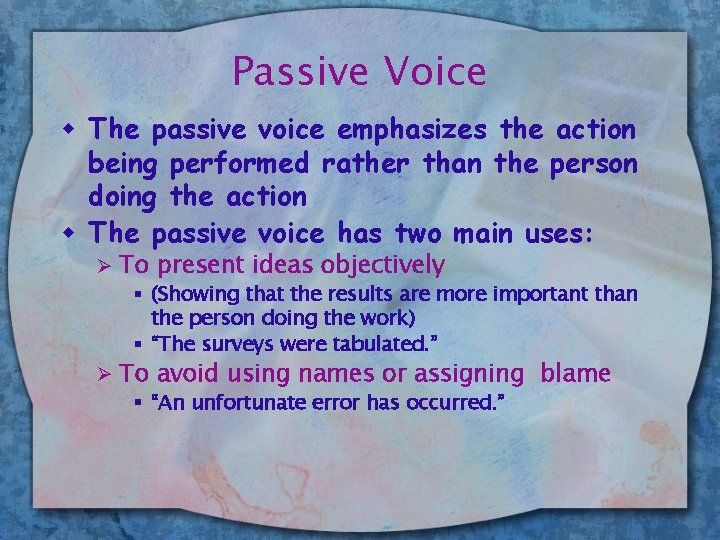 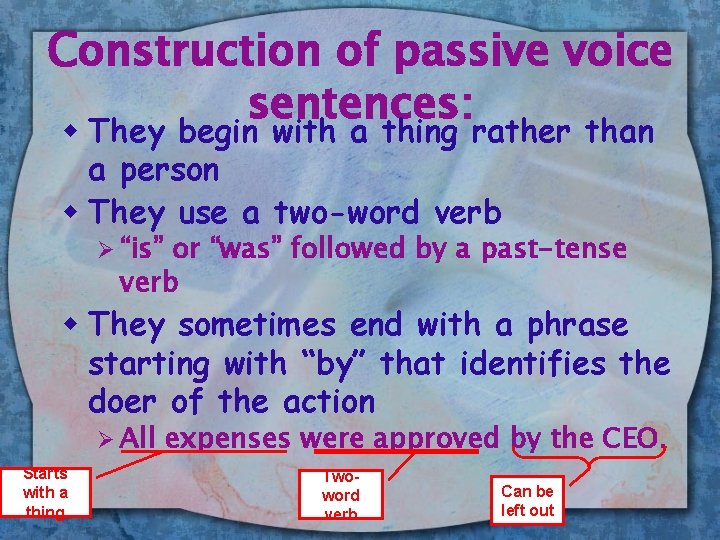 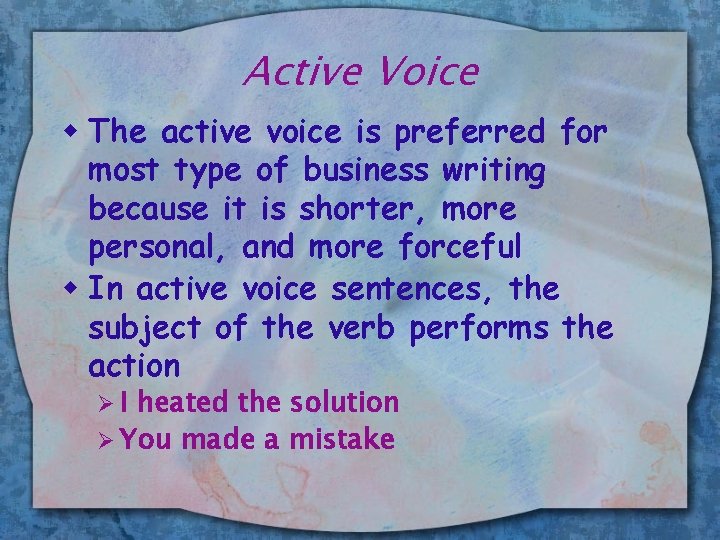 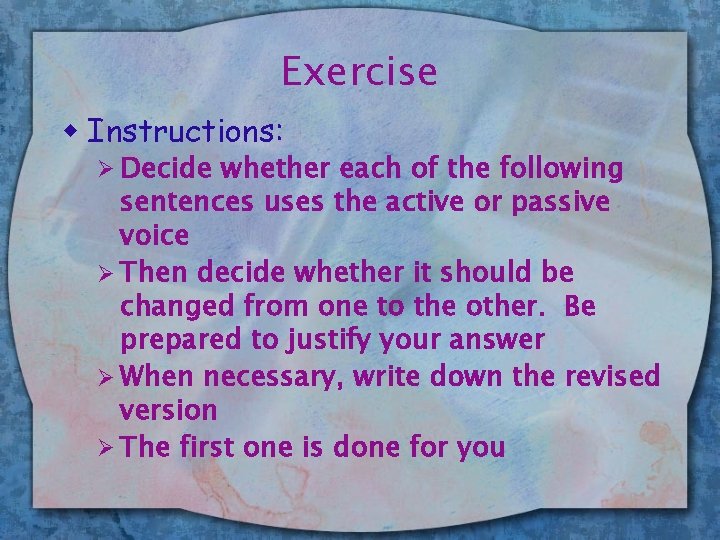 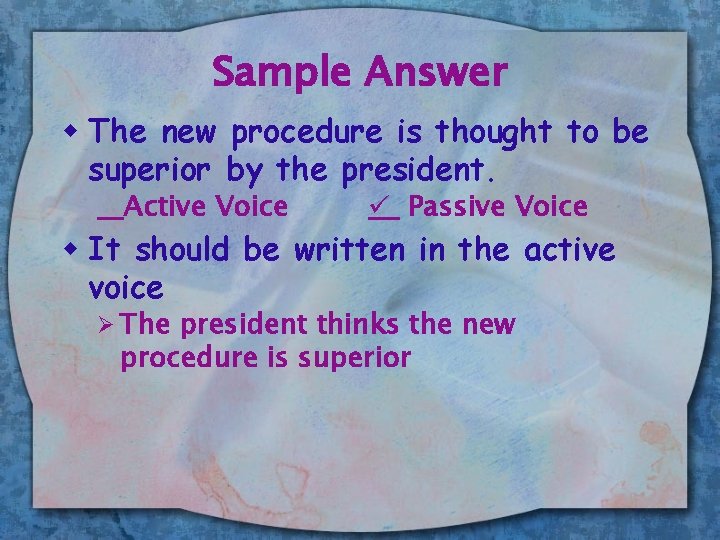 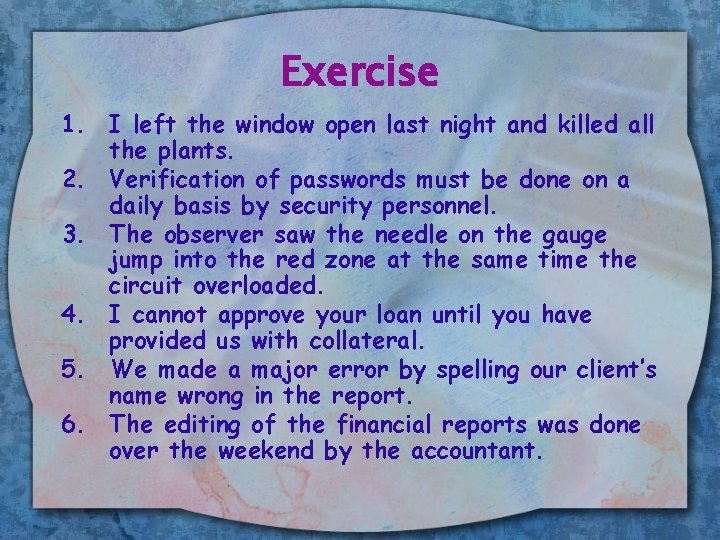 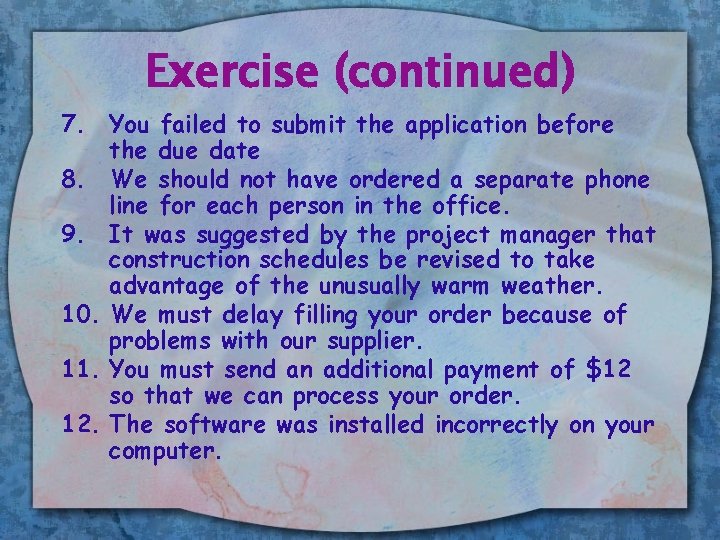 Passive Voice w The passive voice emphasizes the action being performed rather than the person doing the action w The passive voice has two main uses: Ø To present ideas objectively § (Showing that the results are more important than the person doing the work) § “The surveys were tabulated. ” Ø To avoid using names or assigning blame § “An unfortunate error has occurred. ”

Construction of passive voice sentences: w They begin with a thing rather than a person w They use a two-word verb Ø “is” or “was” followed by a past-tense verb w They sometimes end with a phrase starting with “by” that identifies the doer of the action Ø All Starts with a thing expenses were approved by the CEO. Twoword verb Can be left out

Active Voice w The active voice is preferred for most type of business writing because it is shorter, more personal, and more forceful w In active voice sentences, the subject of the verb performs the action ØI heated the solution Ø You made a mistake

Exercise w Instructions: Ø Decide whether each of the following sentences uses the active or passive voice Ø Then decide whether it should be changed from one to the other. Be prepared to justify your answer Ø When necessary, write down the revised version Ø The first one is done for you

Exercise 1. I left the window open last night and killed all the plants. 2. Verification of passwords must be done on a daily basis by security personnel. 3. The observer saw the needle on the gauge jump into the red zone at the same time the circuit overloaded. 4. I cannot approve your loan until you have provided us with collateral. 5. We made a major error by spelling our client’s name wrong in the report. 6. The editing of the financial reports was done over the weekend by the accountant.

Exercise (continued) 7. You failed to submit the application before the due date 8. We should not have ordered a separate phone line for each person in the office. 9. It was suggested by the project manager that construction schedules be revised to take advantage of the unusually warm weather. 10. We must delay filling your order because of problems with our supplier. 11. You must send an additional payment of $12 so that we can process your order. 12. The software was installed incorrectly on your computer. 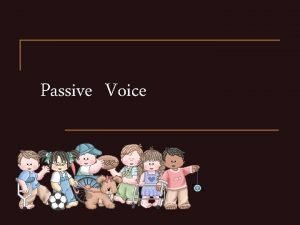 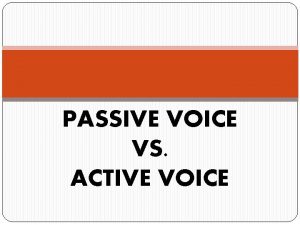 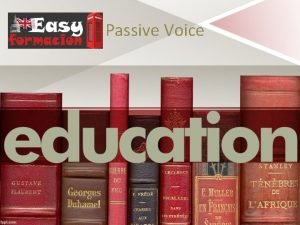 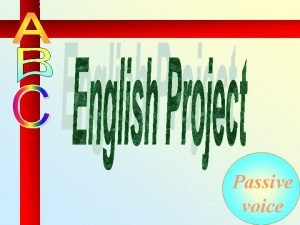 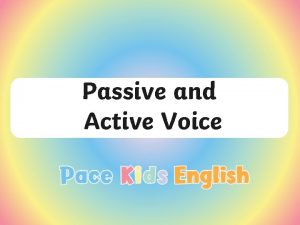 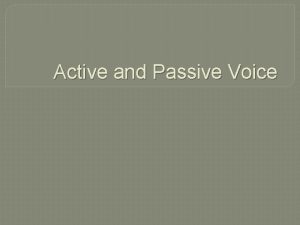 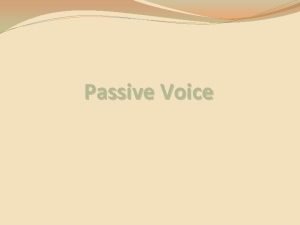