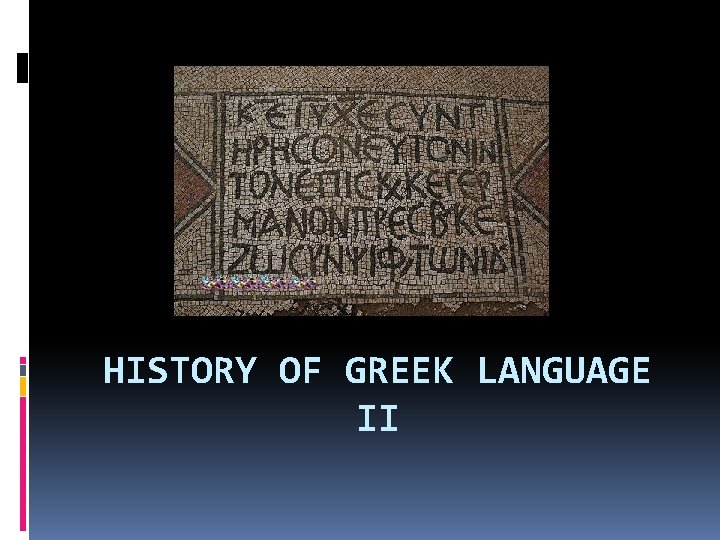 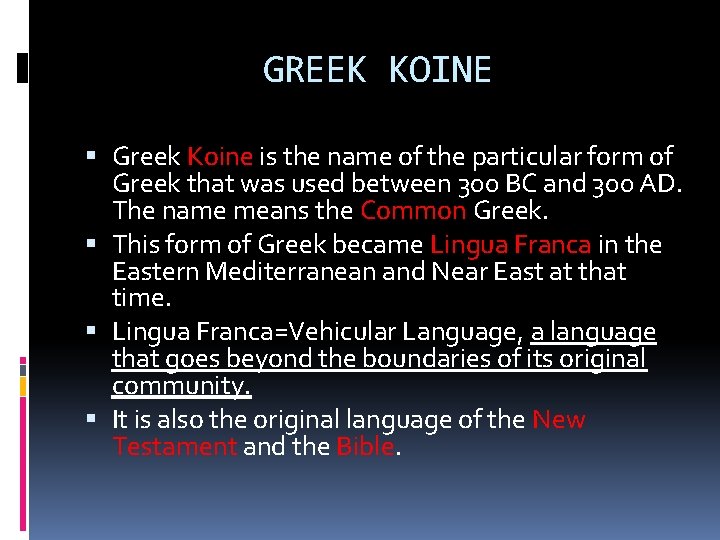 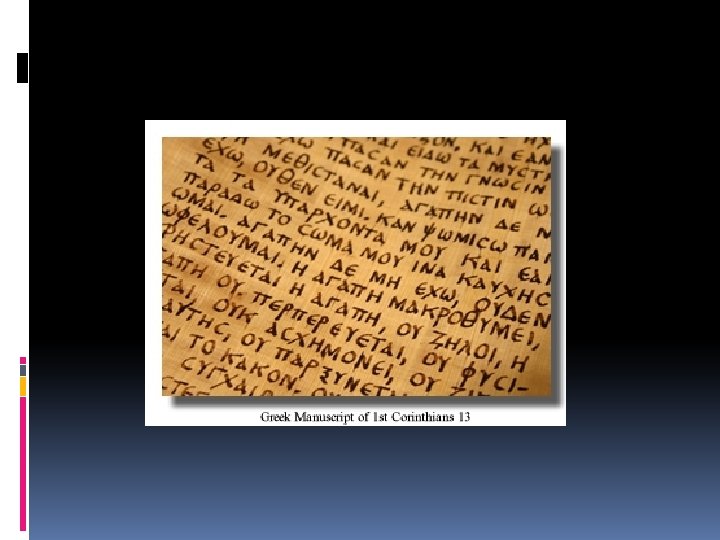 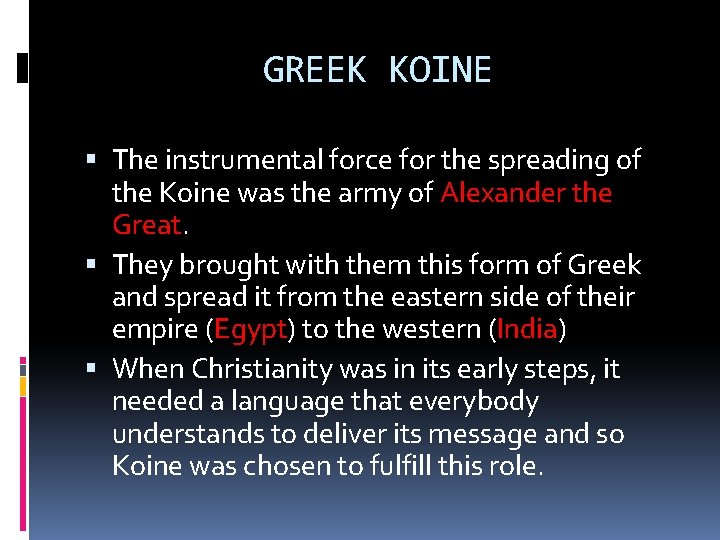 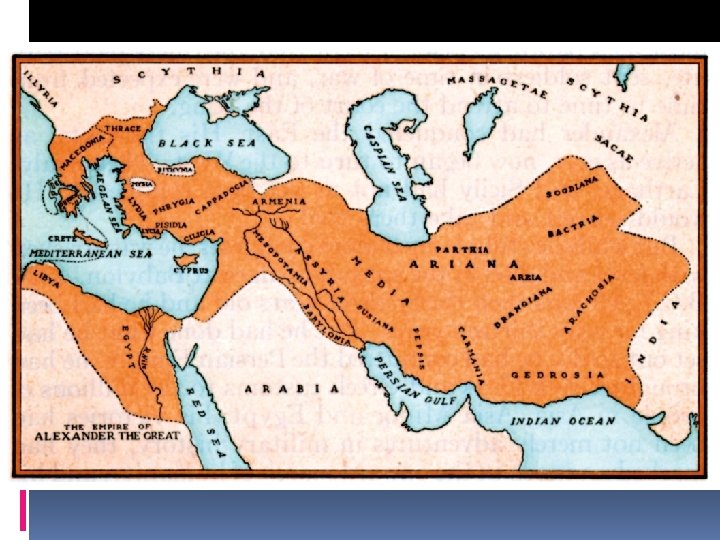 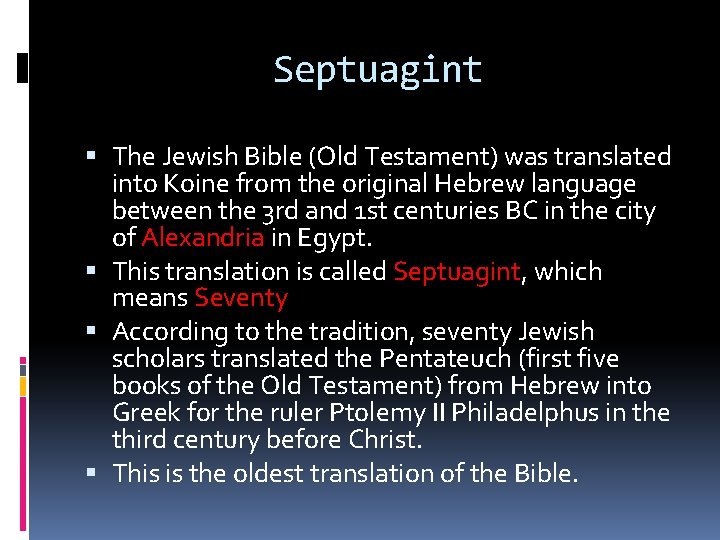 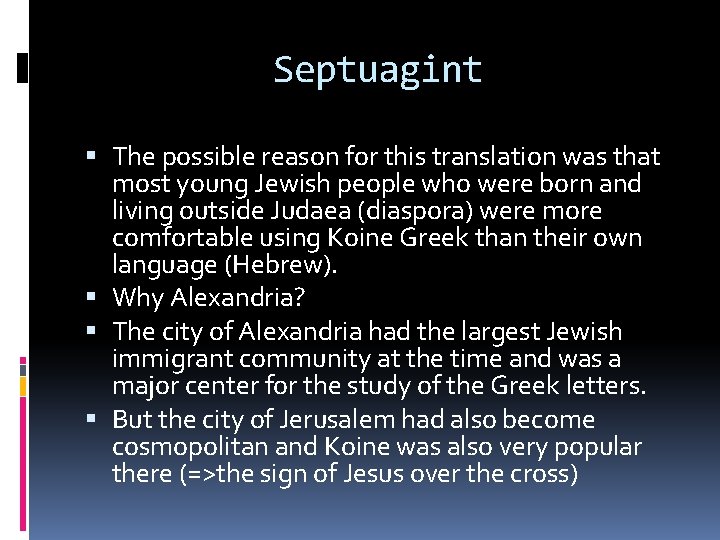 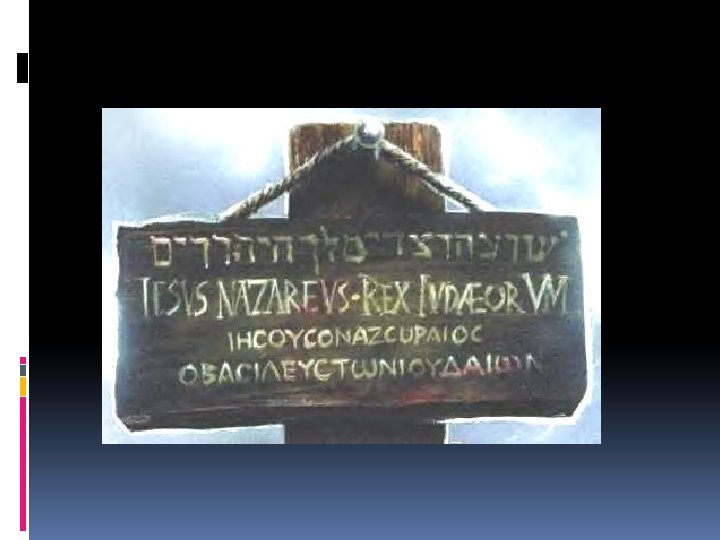 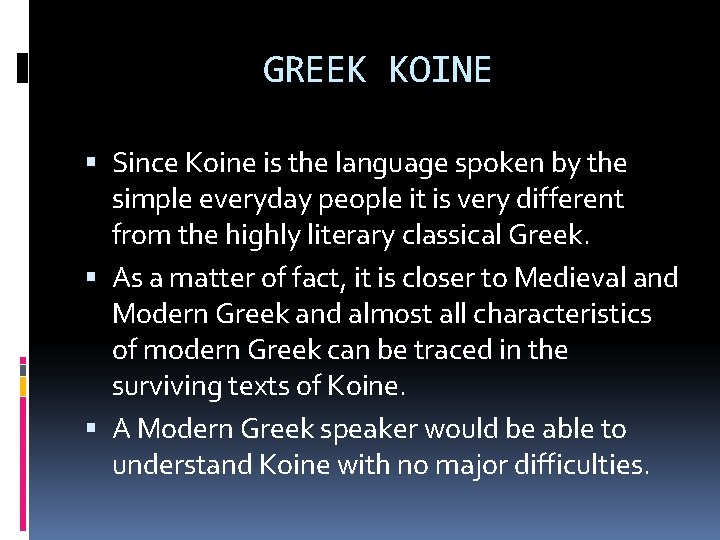 GREEK KOINE Greek Koine is the name of the particular form of Greek that was used between 300 BC and 300 AD. The name means the Common Greek. This form of Greek became Lingua Franca in the Eastern Mediterranean and Near East at that time. Lingua Franca=Vehicular Language, a language that goes beyond the boundaries of its original community. It is also the original language of the New Testament and the Bible.

GREEK KOINE The instrumental force for the spreading of the Koine was the army of Alexander the Great. They brought with them this form of Greek and spread it from the eastern side of their empire (Egypt) to the western (India) When Christianity was in its early steps, it needed a language that everybody understands to deliver its message and so Koine was chosen to fulfill this role.

Septuagint The Jewish Bible (Old Testament) was translated into Koine from the original Hebrew language between the 3 rd and 1 st centuries BC in the city of Alexandria in Egypt. This translation is called Septuagint, which means Seventy According to the tradition, seventy Jewish scholars translated the Pentateuch (first five books of the Old Testament) from Hebrew into Greek for the ruler Ptolemy II Philadelphus in the third century before Christ. This is the oldest translation of the Bible.

Septuagint The possible reason for this translation was that most young Jewish people who were born and living outside Judaea (diaspora) were more comfortable using Koine Greek than their own language (Hebrew). Why Alexandria? The city of Alexandria had the largest Jewish immigrant community at the time and was a major center for the study of the Greek letters. But the city of Jerusalem had also become cosmopolitan and Koine was also very popular there (=>the sign of Jesus over the cross)

GREEK KOINE Since Koine is the language spoken by the simple everyday people it is very different from the highly literary classical Greek. As a matter of fact, it is closer to Medieval and Modern Greek and almost all characteristics of modern Greek can be traced in the surviving texts of Koine. A Modern Greek speaker would be able to understand Koine with no major difficulties. 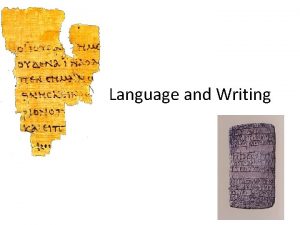 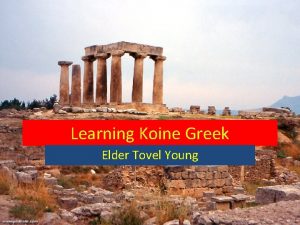 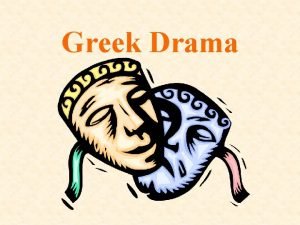 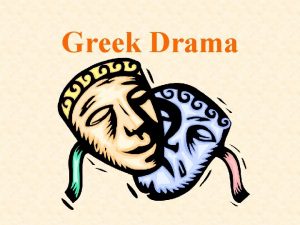 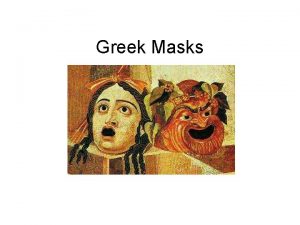 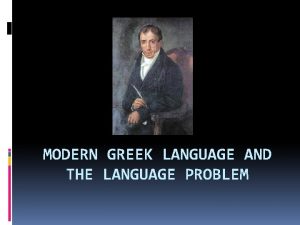 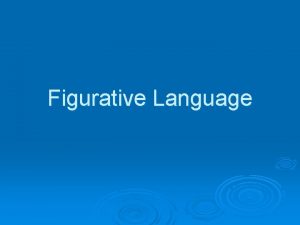 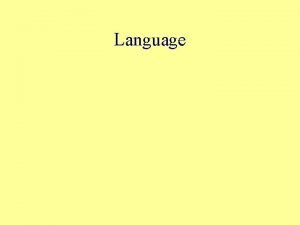