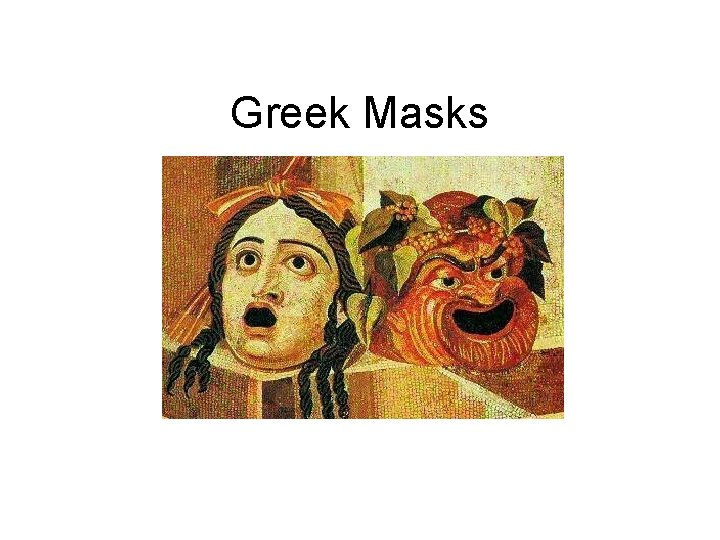 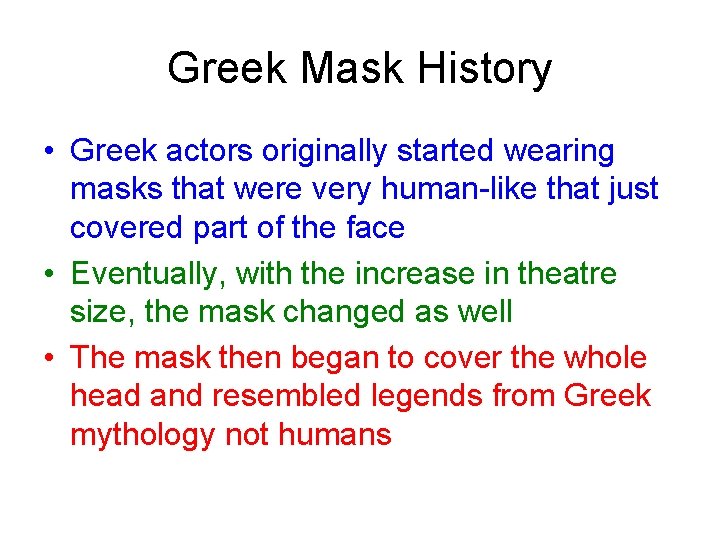 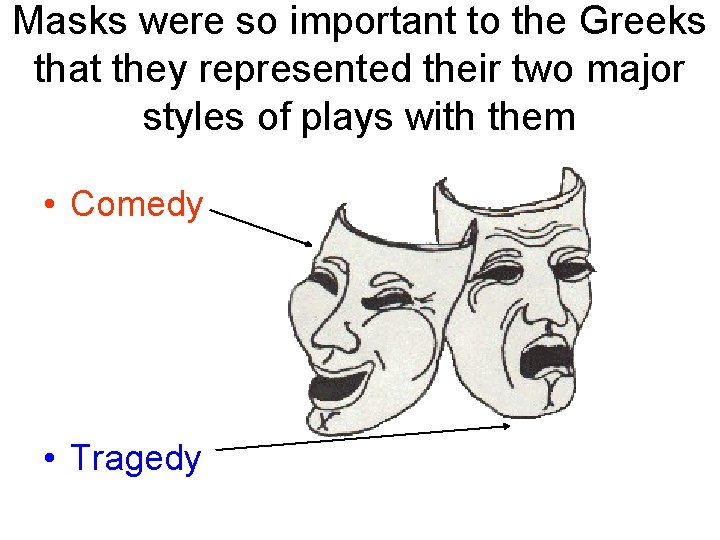 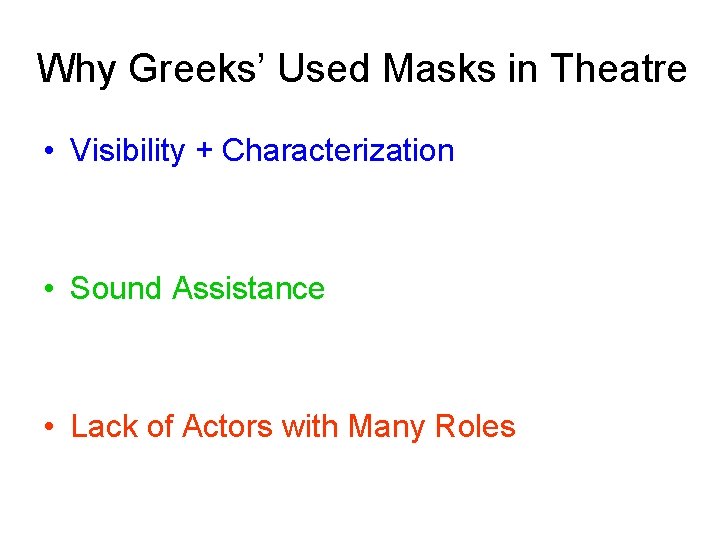 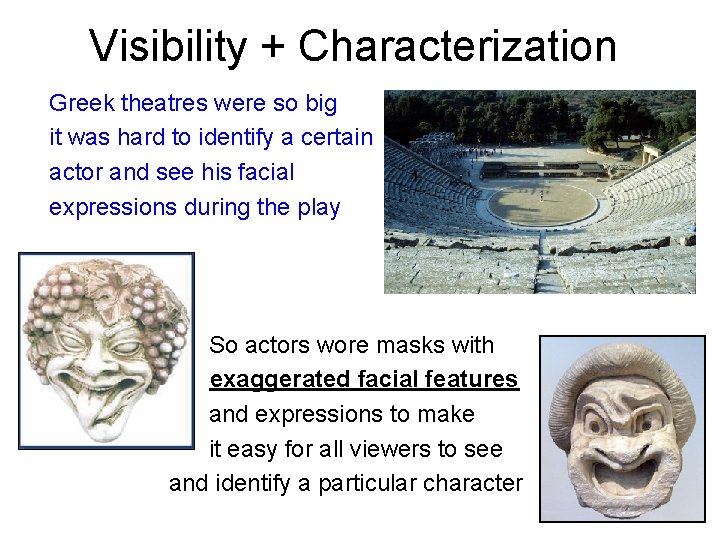 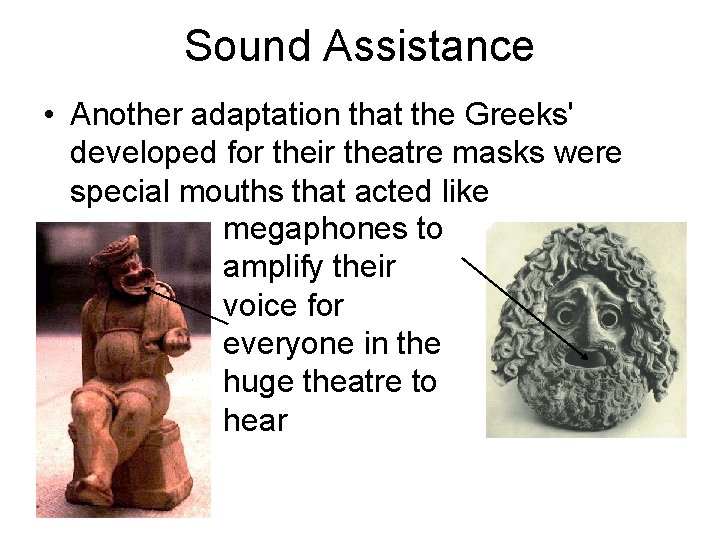 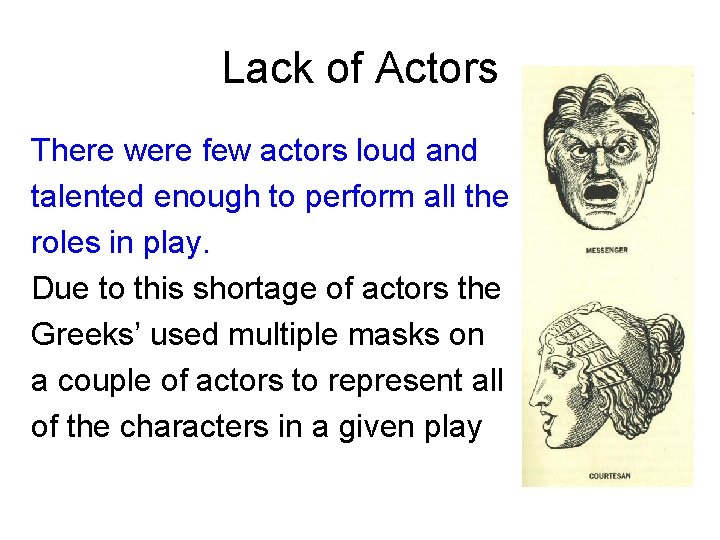 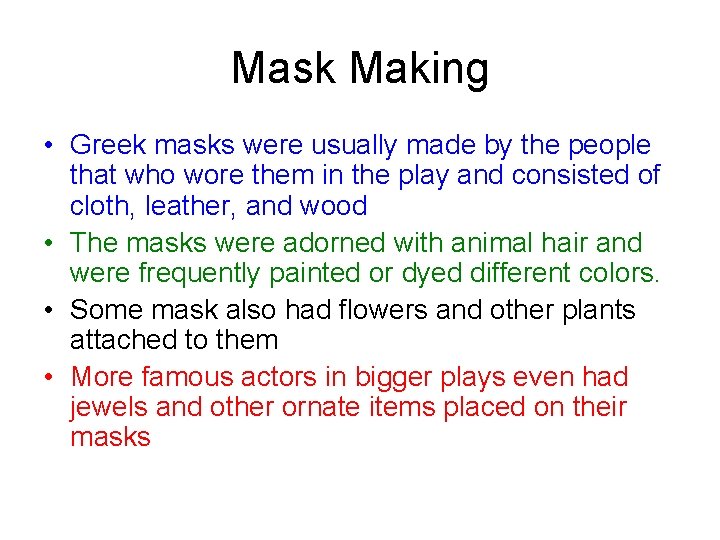 Greek Mask History • Greek actors originally started wearing masks that were very human-like that just covered part of the face • Eventually, with the increase in theatre size, the mask changed as well • The mask then began to cover the whole head and resembled legends from Greek mythology not humans

Lack of Actors There were few actors loud and talented enough to perform all the roles in play. Due to this shortage of actors the Greeks’ used multiple masks on a couple of actors to represent all of the characters in a given play

Mask Making • Greek masks were usually made by the people that who wore them in the play and consisted of cloth, leather, and wood • The masks were adorned with animal hair and were frequently painted or dyed different colors. • Some mask also had flowers and other plants attached to them • More famous actors in bigger plays even had jewels and other ornate items placed on their masks 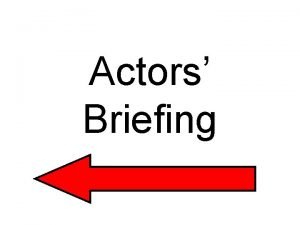 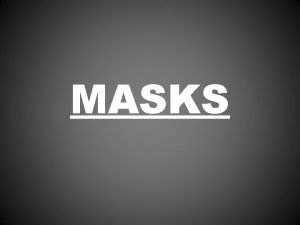 MASKS What is a mask A mask is 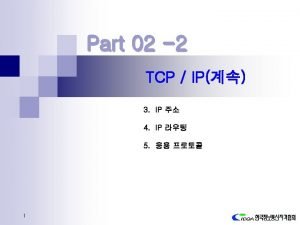 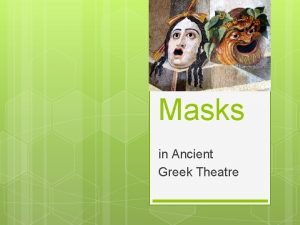 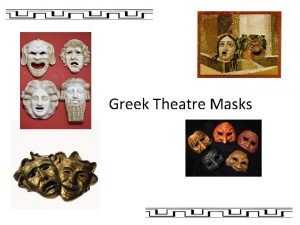 Greek Theatre Masks When did they wear masks 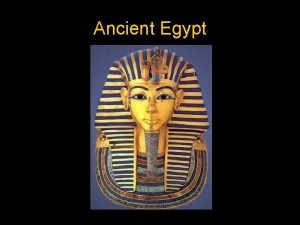 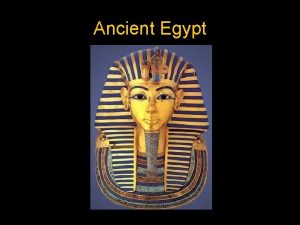