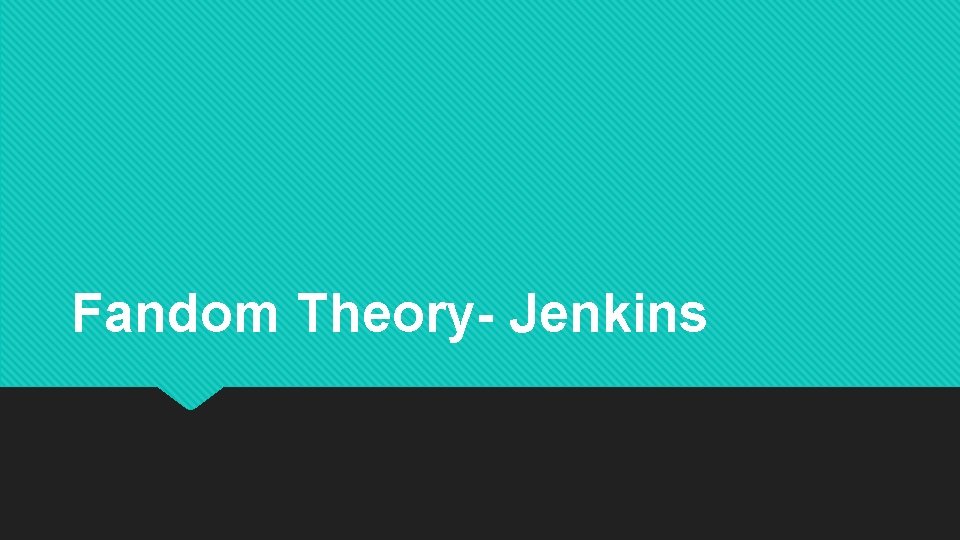 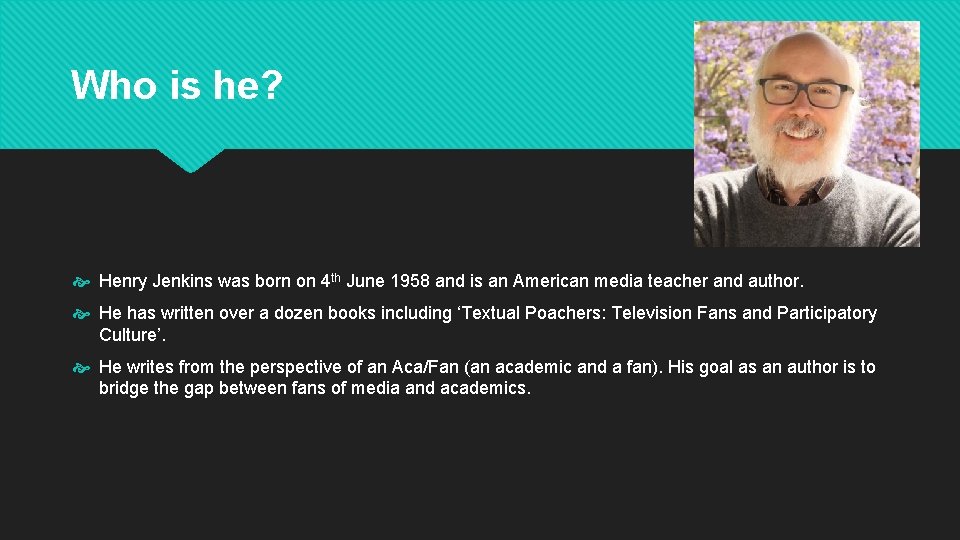 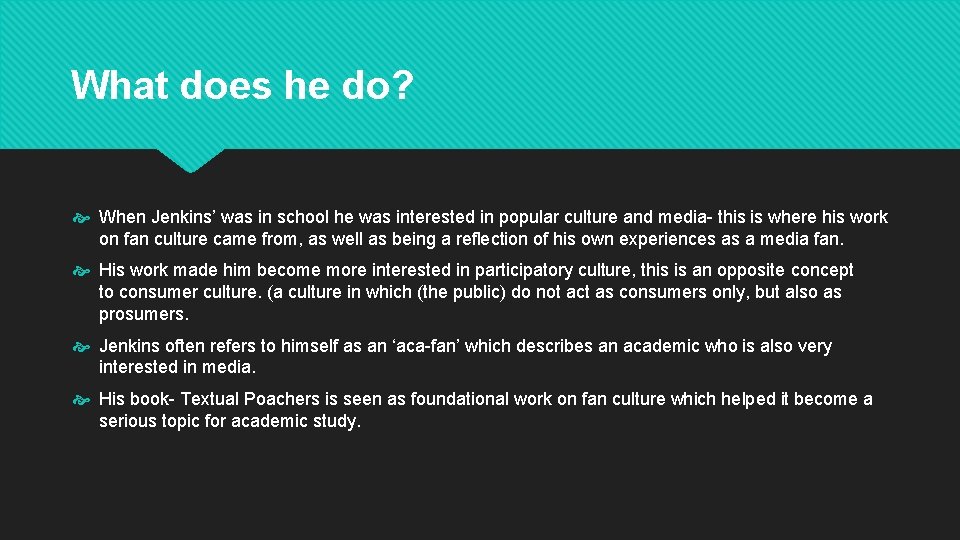 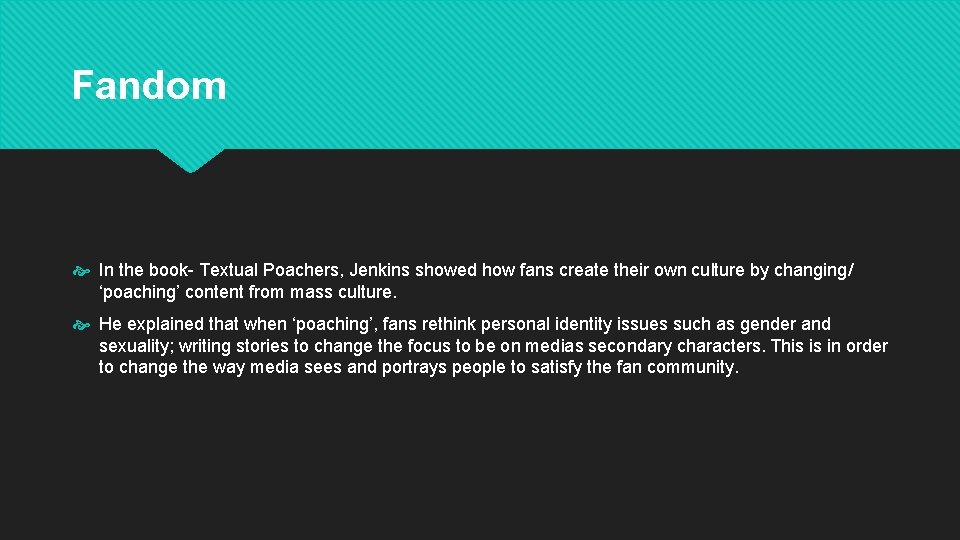 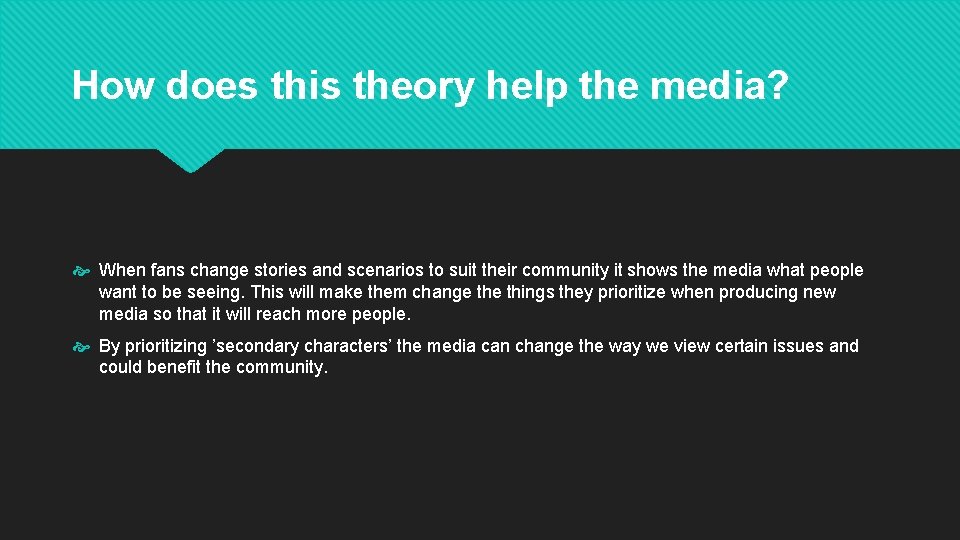 Who is he? Henry Jenkins was born on 4 th June 1958 and is an American media teacher and author. He has written over a dozen books including ‘Textual Poachers: Television Fans and Participatory Culture’. He writes from the perspective of an Aca/Fan (an academic and a fan). His goal as an author is to bridge the gap between fans of media and academics.

What does he do? When Jenkins’ was in school he was interested in popular culture and media- this is where his work on fan culture came from, as well as being a reflection of his own experiences as a media fan. His work made him become more interested in participatory culture, this is an opposite concept to consumer culture. (a culture in which (the public) do not act as consumers only, but also as prosumers. Jenkins often refers to himself as an ‘aca-fan’ which describes an academic who is also very interested in media. His book- Textual Poachers is seen as foundational work on fan culture which helped it become a serious topic for academic study.

Fandom In the book- Textual Poachers, Jenkins showed how fans create their own culture by changing/ ‘poaching’ content from mass culture. He explained that when ‘poaching’, fans rethink personal identity issues such as gender and sexuality; writing stories to change the focus to be on medias secondary characters. This is in order to change the way media sees and portrays people to satisfy the fan community.

How does this theory help the media? When fans change stories and scenarios to suit their community it shows the media what people want to be seeing. This will make them change things they prioritize when producing new media so that it will reach more people. By prioritizing ’secondary characters’ the media can change the way we view certain issues and could benefit the community. 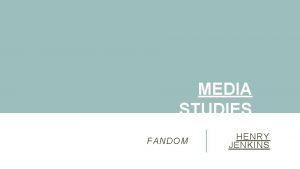 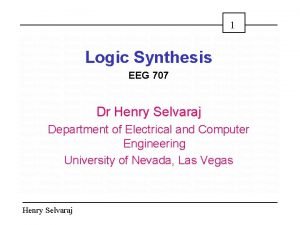 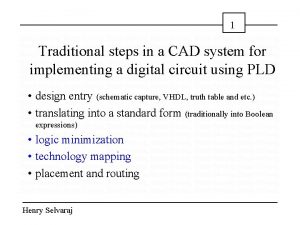 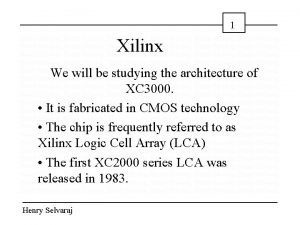