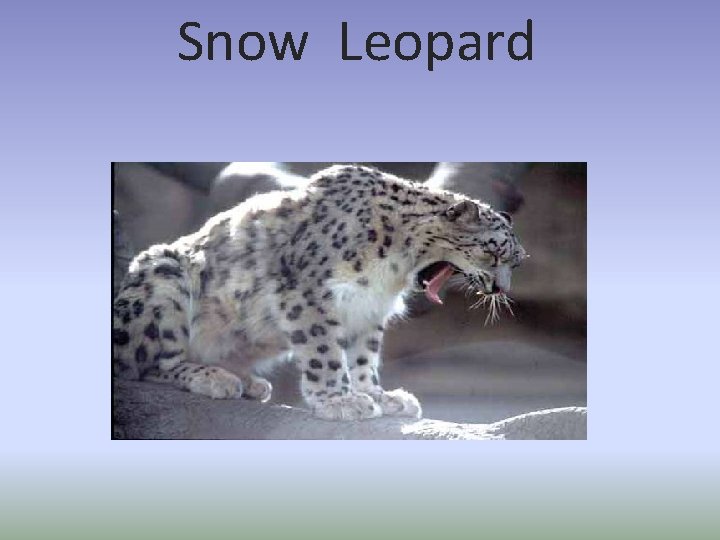 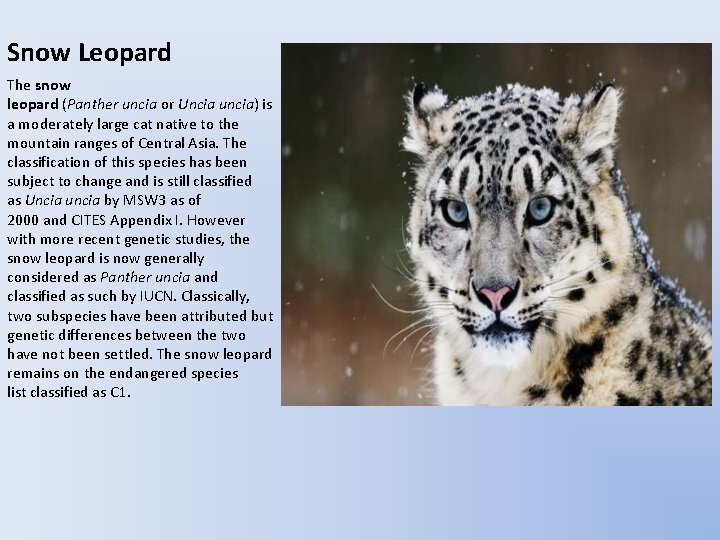 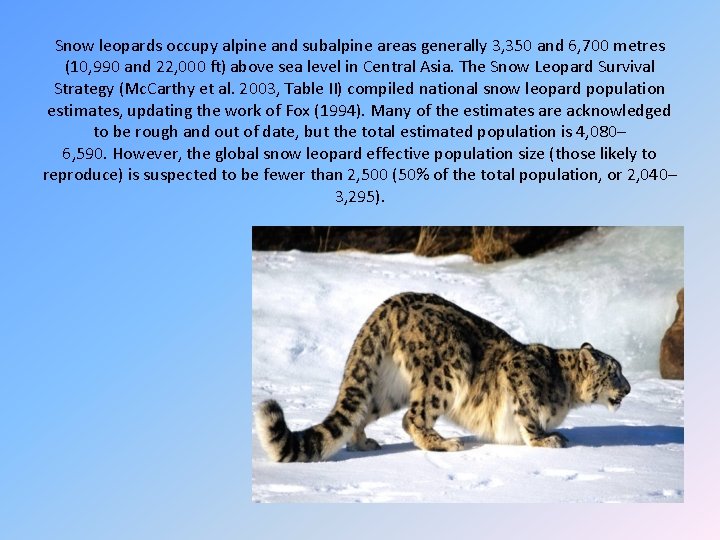 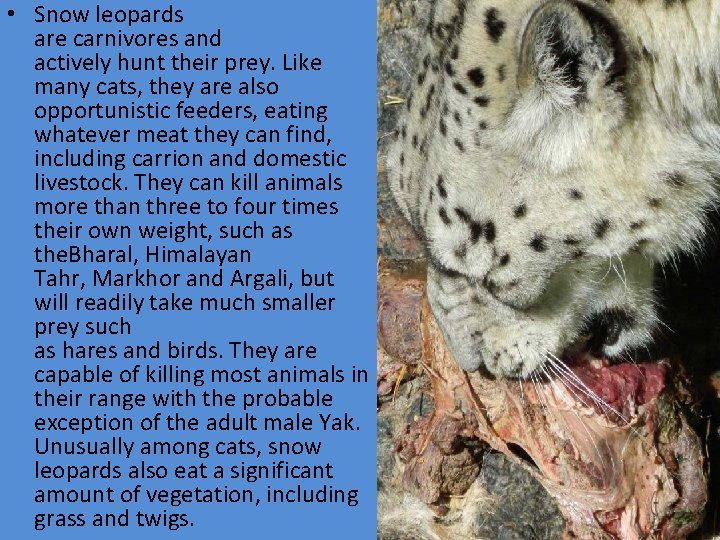 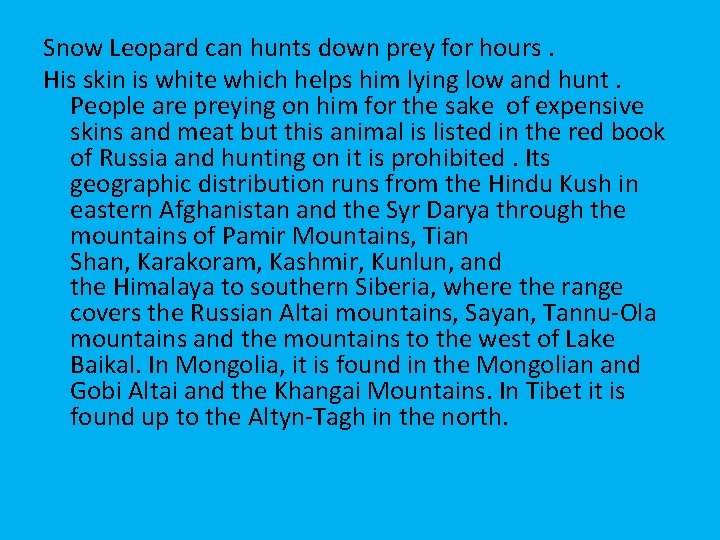 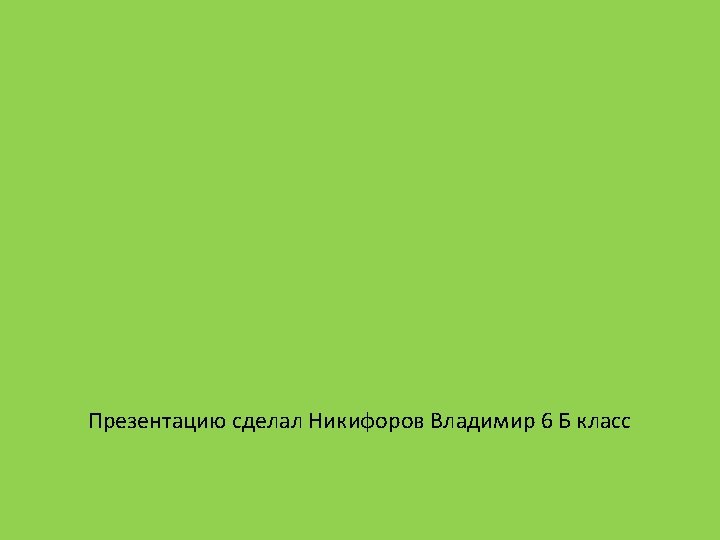 Snow Leopard The snow leopard (Panther uncia or Uncia uncia) is a moderately large cat native to the mountain ranges of Central Asia. The classification of this species has been subject to change and is still classified as Uncia uncia by MSW 3 as of 2000 and CITES Appendix I. However with more recent genetic studies, the snow leopard is now generally considered as Panther uncia and classified as such by IUCN. Classically, two subspecies have been attributed but genetic differences between the two have not been settled. The snow leopard remains on the endangered species list classified as C 1.

• Snow leopards are carnivores and actively hunt their prey. Like many cats, they are also opportunistic feeders, eating whatever meat they can find, including carrion and domestic livestock. They can kill animals more than three to four times their own weight, such as the. Bharal, Himalayan Tahr, Markhor and Argali, but will readily take much smaller prey such as hares and birds. They are capable of killing most animals in their range with the probable exception of the adult male Yak. Unusually among cats, snow leopards also eat a significant amount of vegetation, including grass and twigs.

The total wild population of the snow leopard was estimated at only 4, 080 to 6, 590 individuals by Mc. Carthy, et al. , 2003 (see table below). Many of these estimates are rough and outdated. In 1972, the International Union for Conservation of Nature (IUCN) placed the snow leopard on its Red List of Threatened Species as globally "Endangered"; the same threat category was applied in the assessment conducted in 2008. There also 600– 700 snow leopards in zoos around the world.

Snow Leopard can hunts down prey for hours. His skin is white which helps him lying low and hunt. People are preying on him for the sake of expensive skins and meat but this animal is listed in the red book of Russia and hunting on it is prohibited. Its geographic distribution runs from the Hindu Kush in eastern Afghanistan and the Syr Darya through the mountains of Pamir Mountains, Tian Shan, Karakoram, Kashmir, Kunlun, and the Himalaya to southern Siberia, where the range covers the Russian Altai mountains, Sayan, Tannu-Ola mountains and the mountains to the west of Lake Baikal. In Mongolia, it is found in the Mongolian and Gobi Altai and the Khangai Mountains. In Tibet it is found up to the Altyn-Tagh in the north. 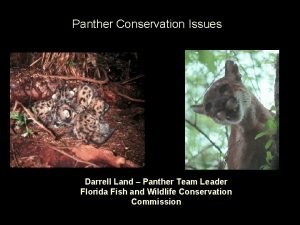 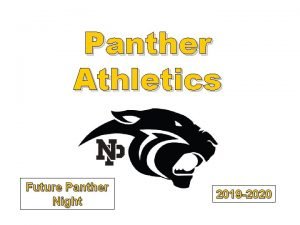 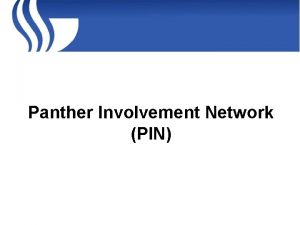 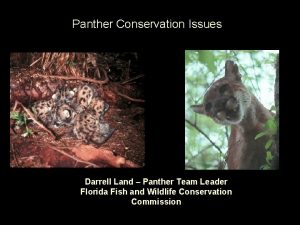 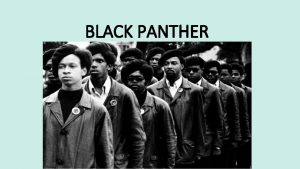 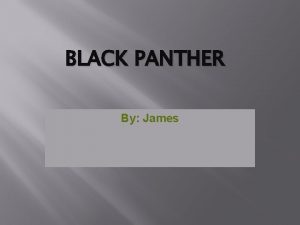