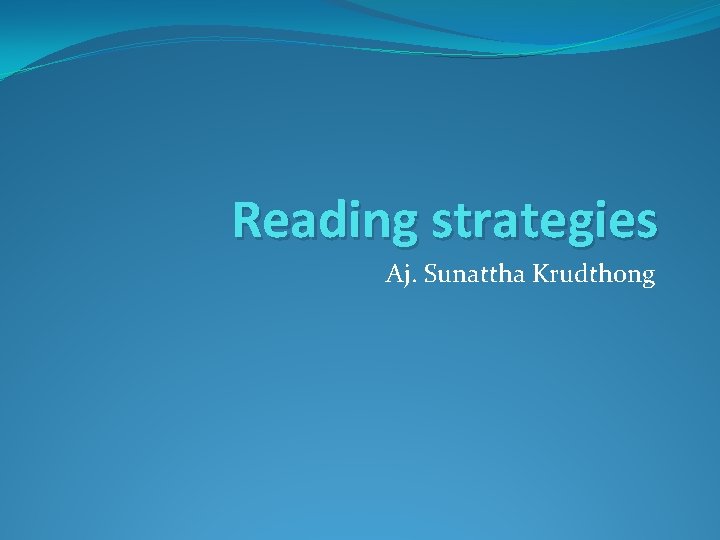 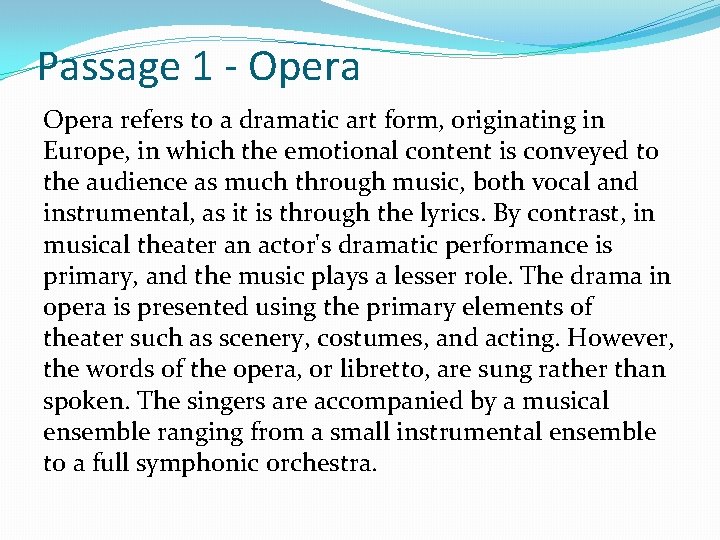 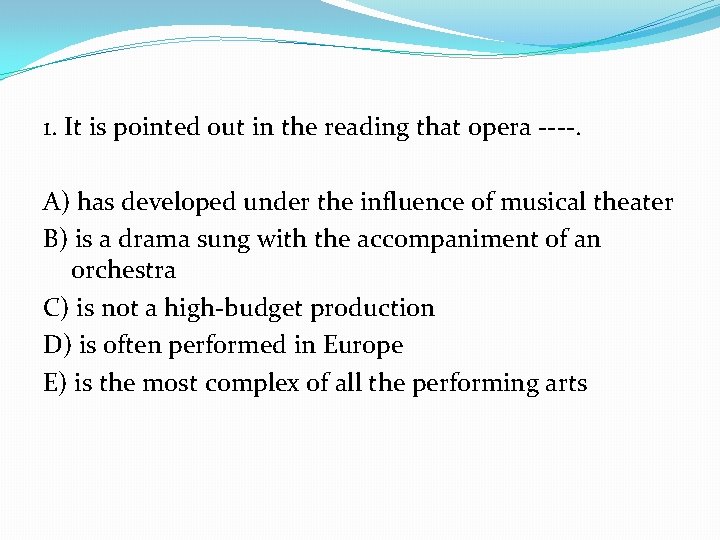 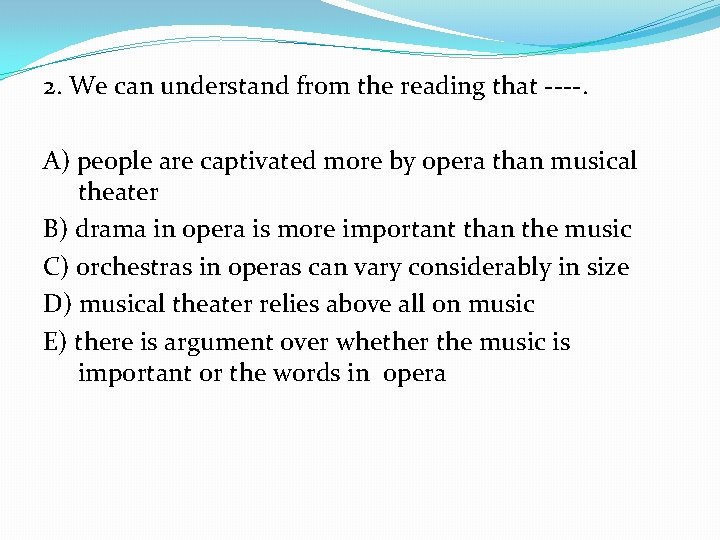 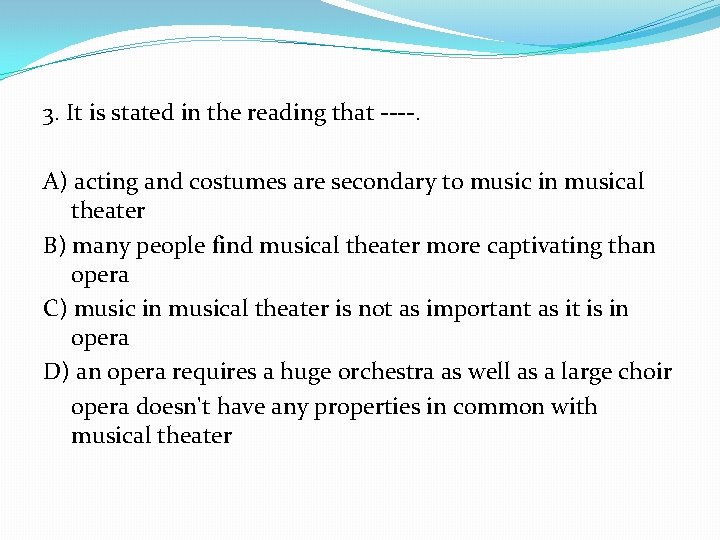 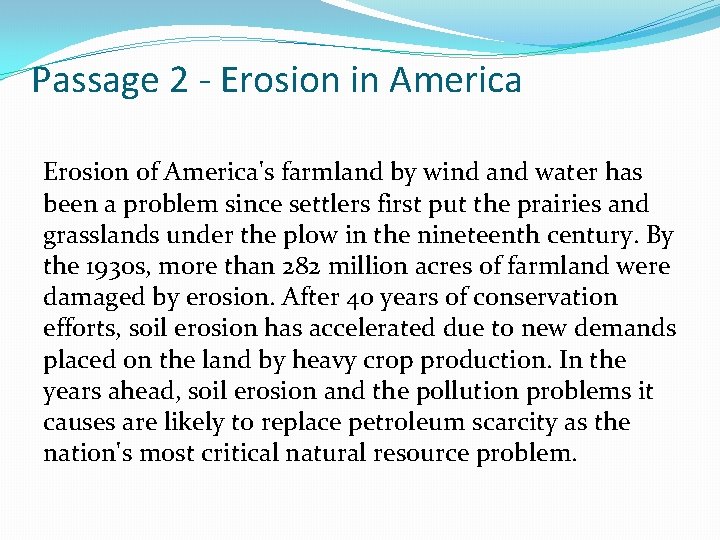 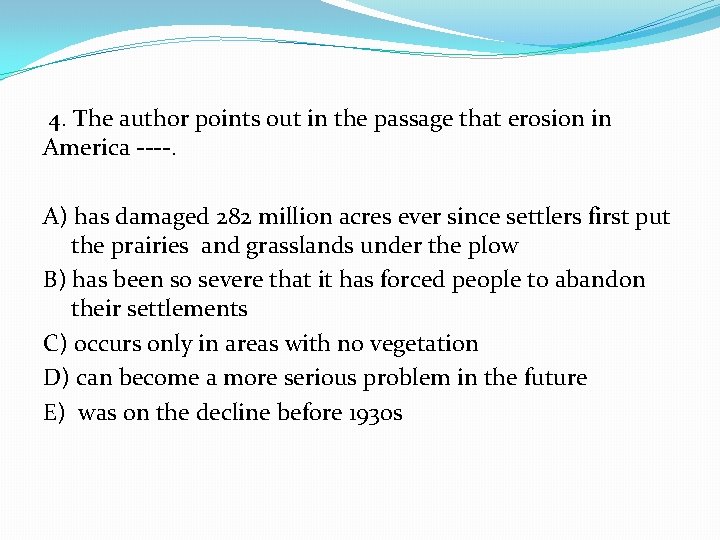 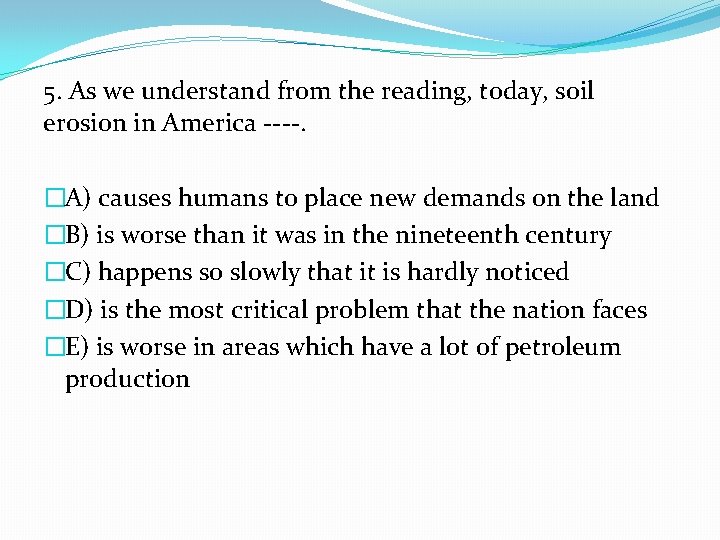 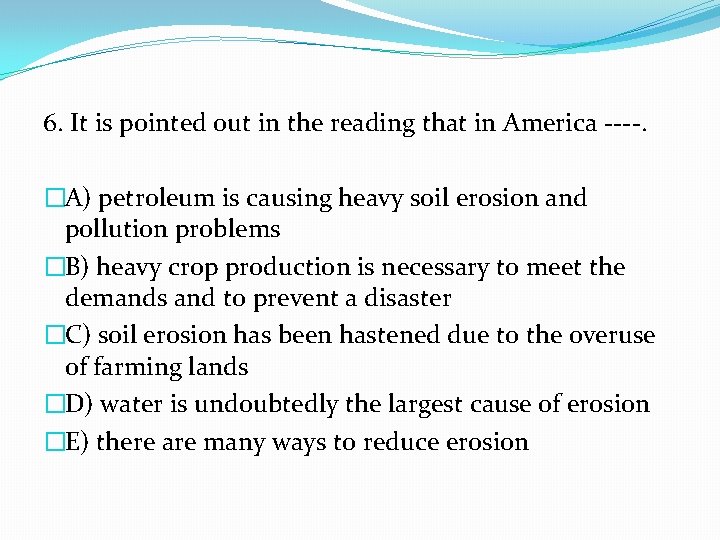 Passage 1 - Opera refers to a dramatic art form, originating in Europe, in which the emotional content is conveyed to the audience as much through music, both vocal and instrumental, as it is through the lyrics. By contrast, in musical theater an actor's dramatic performance is primary, and the music plays a lesser role. The drama in opera is presented using the primary elements of theater such as scenery, costumes, and acting. However, the words of the opera, or libretto, are sung rather than spoken. The singers are accompanied by a musical ensemble ranging from a small instrumental ensemble to a full symphonic orchestra.

1. It is pointed out in the reading that opera ----. A) has developed under the influence of musical theater B) is a drama sung with the accompaniment of an orchestra C) is not a high-budget production D) is often performed in Europe E) is the most complex of all the performing arts

2. We can understand from the reading that ----. A) people are captivated more by opera than musical theater B) drama in opera is more important than the music C) orchestras in operas can vary considerably in size D) musical theater relies above all on music E) there is argument over whether the music is important or the words in opera

Passage 2 - Erosion in America Erosion of America's farmland by wind and water has been a problem since settlers first put the prairies and grasslands under the plow in the nineteenth century. By the 1930 s, more than 282 million acres of farmland were damaged by erosion. After 40 years of conservation efforts, soil erosion has accelerated due to new demands placed on the land by heavy crop production. In the years ahead, soil erosion and the pollution problems it causes are likely to replace petroleum scarcity as the nation's most critical natural resource problem.

4. The author points out in the passage that erosion in America ----. A) has damaged 282 million acres ever since settlers first put the prairies and grasslands under the plow B) has been so severe that it has forced people to abandon their settlements C) occurs only in areas with no vegetation D) can become a more serious problem in the future E) was on the decline before 1930 s

5. As we understand from the reading, today, soil erosion in America ----. �A) causes humans to place new demands on the land �B) is worse than it was in the nineteenth century �C) happens so slowly that it is hardly noticed �D) is the most critical problem that the nation faces �E) is worse in areas which have a lot of petroleum production

6. It is pointed out in the reading that in America ----. �A) petroleum is causing heavy soil erosion and pollution problems �B) heavy crop production is necessary to meet the demands and to prevent a disaster �C) soil erosion has been hastened due to the overuse of farming lands �D) water is undoubtedly the largest cause of erosion �E) there are many ways to reduce erosion 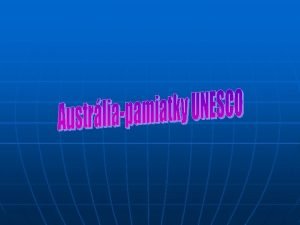 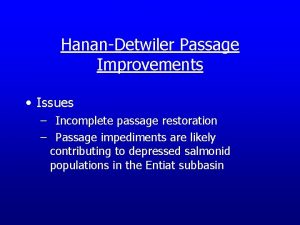 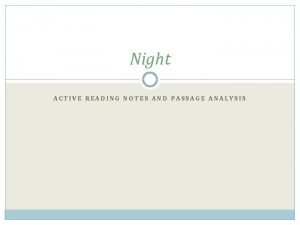 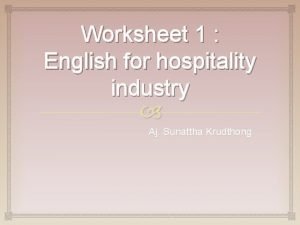 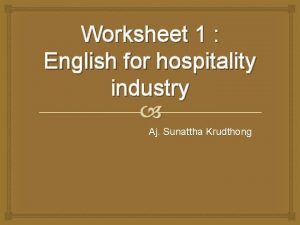 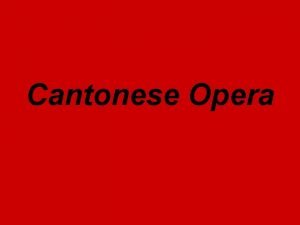 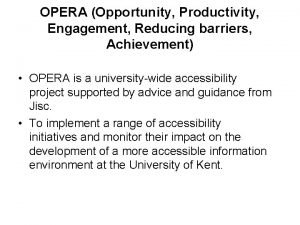