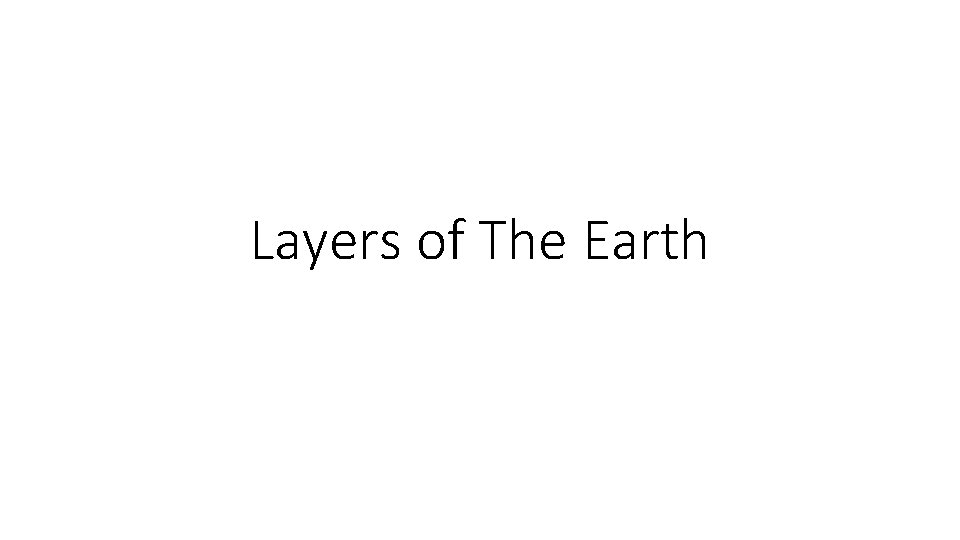 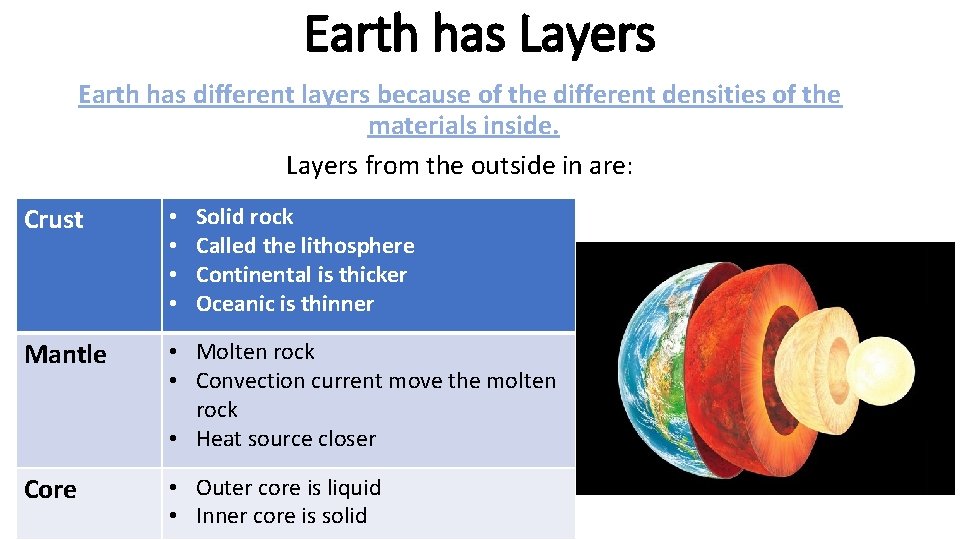 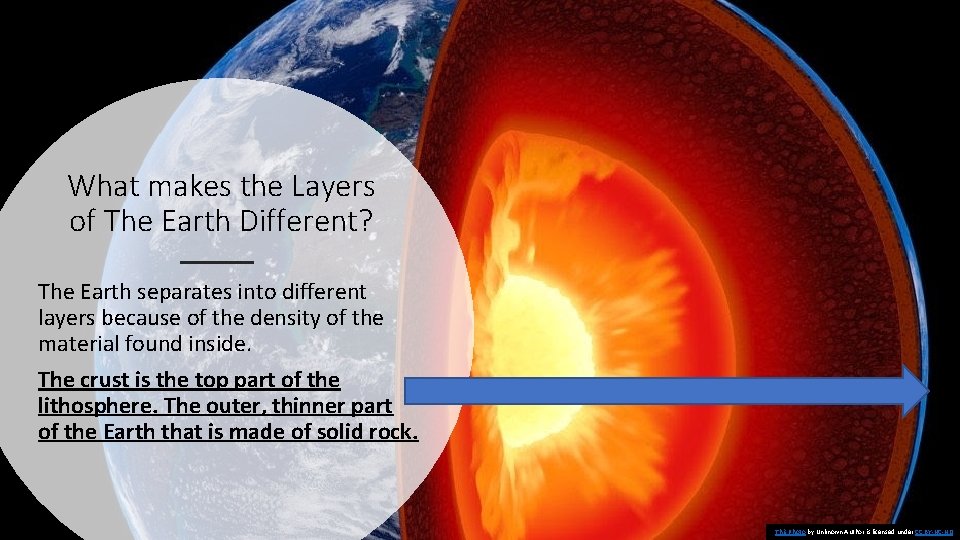 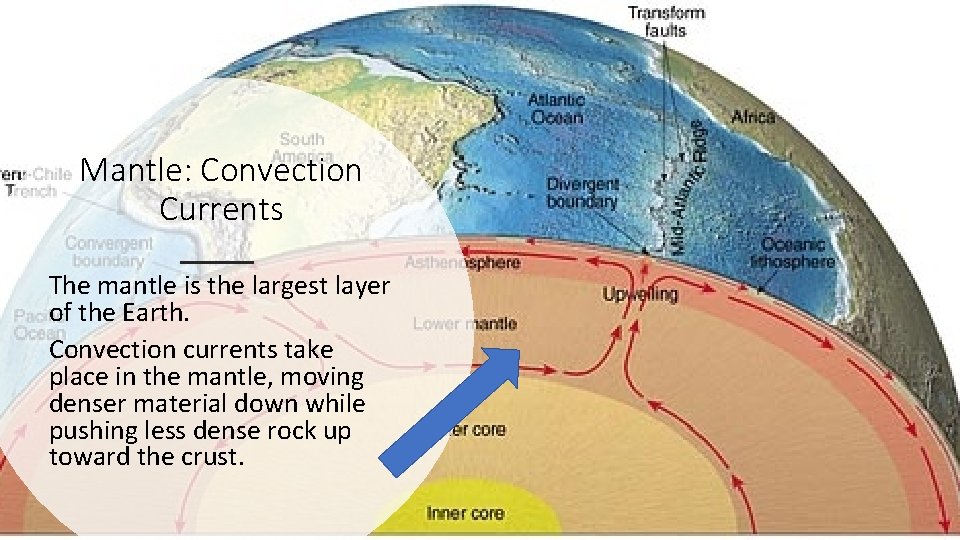 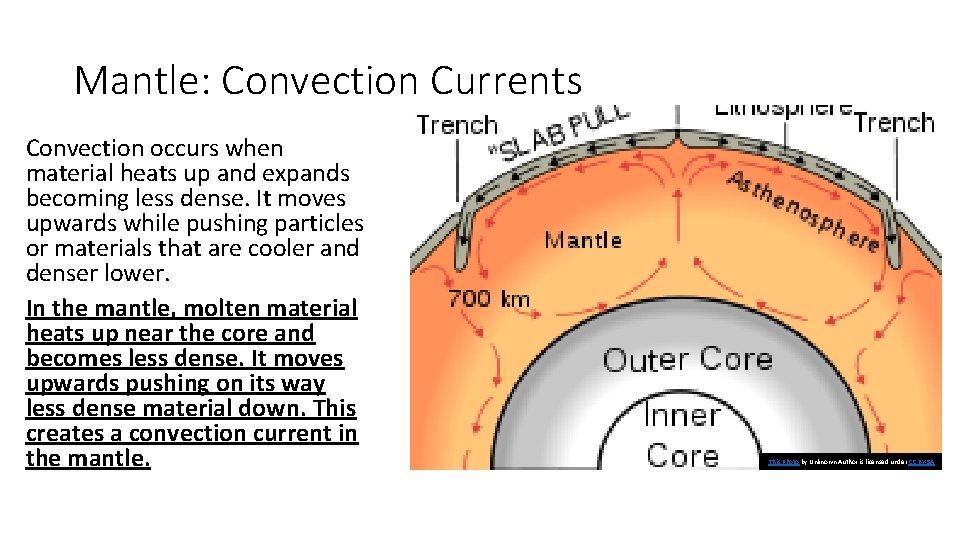 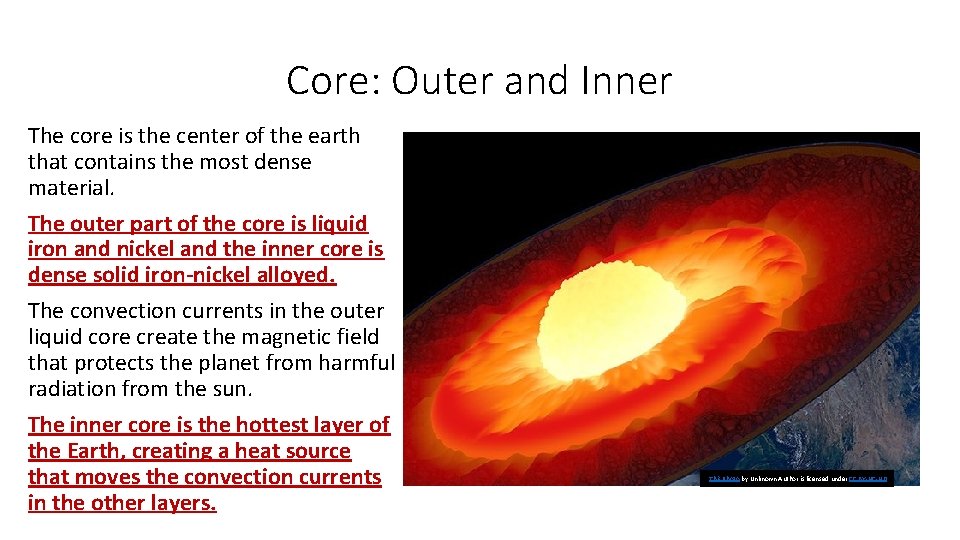 Layers of The Earth

Earth has Layers Earth has different layers because of the different densities of the materials inside. Layers from the outside in are: Crust • • Mantle • Molten rock • Convection current move the molten rock • Heat source closer Core • Outer core is liquid • Inner core is solid Solid rock Called the lithosphere Continental is thicker Oceanic is thinner

What makes the Layers of The Earth Different? The Earth separates into different layers because of the density of the material found inside. The crust is the top part of the lithosphere. The outer, thinner part of the Earth that is made of solid rock. This Photo by Unknown Author is licensed under CC BY-NC-ND

Mantle The mantle is the layer of the Earth that is below the Crust and above the core. The mantle is made of solid and molten rock that flows and separates by its density. Denser material sinks while less dense material moves toward the crust.

Mantle: Convection Currents The mantle is the largest layer of the Earth. Convection currents take place in the mantle, moving denser material down while pushing less dense rock up toward the crust.

Mantle: Convection Currents Convection occurs when material heats up and expands becoming less dense. It moves upwards while pushing particles or materials that are cooler and denser lower. In the mantle, molten material heats up near the core and becomes less dense. It moves upwards pushing on its way less dense material down. This creates a convection current in the mantle. This Photo by Unknown Author is licensed under CC BY-SA

Core: Outer and Inner The core is the center of the earth that contains the most dense material. The outer part of the core is liquid iron and nickel and the inner core is dense solid iron-nickel alloyed. The convection currents in the outer liquid core create the magnetic field that protects the planet from harmful radiation from the sun. The inner core is the hottest layer of the Earth, creating a heat source that moves the convection currents in the other layers. This Photo by Unknown Author is licensed under CC BY-NC-ND 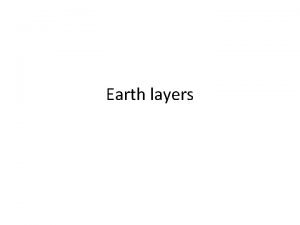 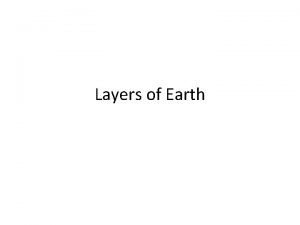 Layers of Earth Composition of Earth Earth Has 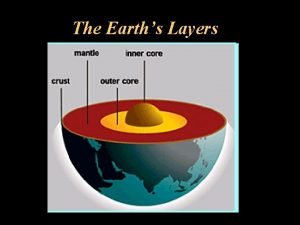 The Earths Layers The Earth has 4 Layers 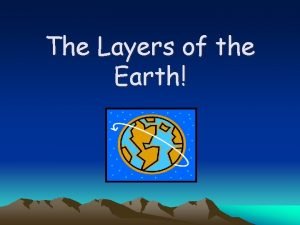 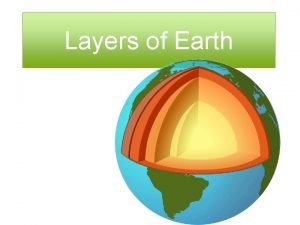 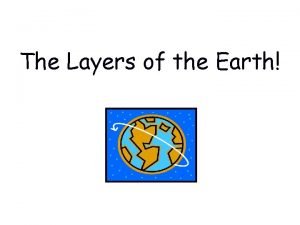 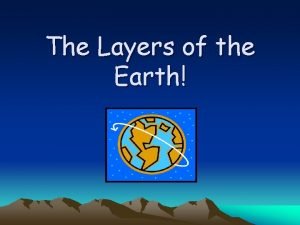