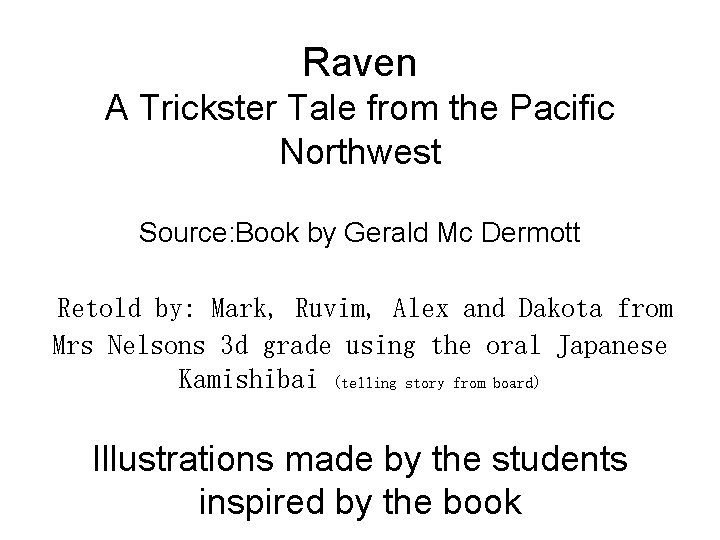 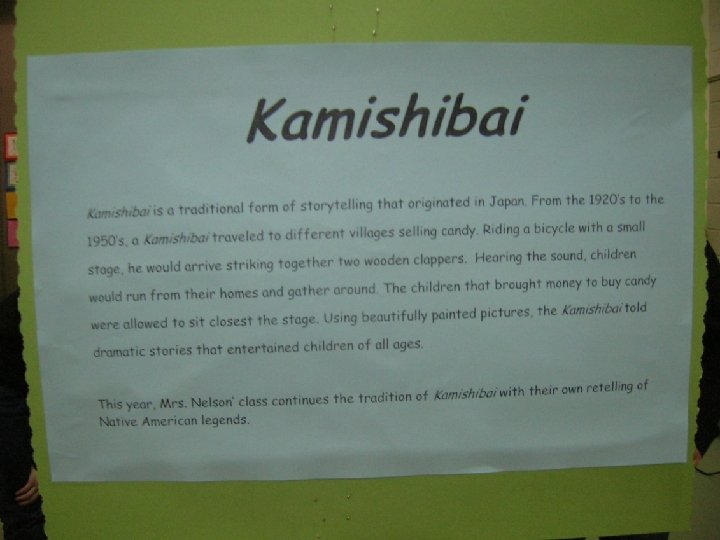 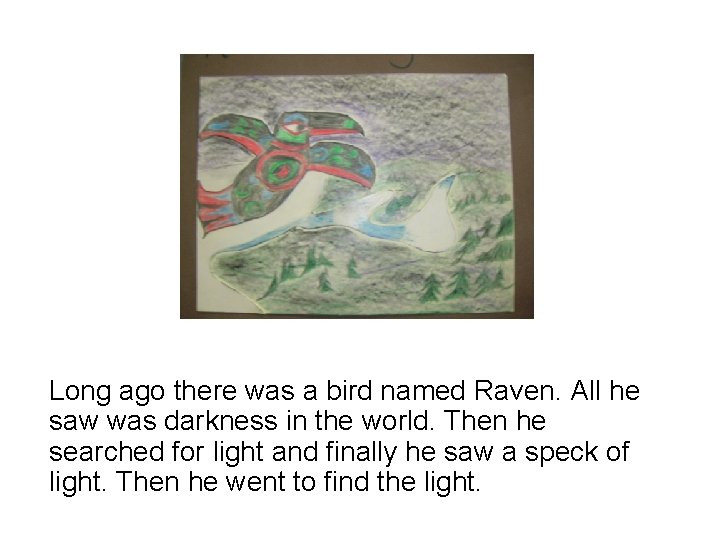 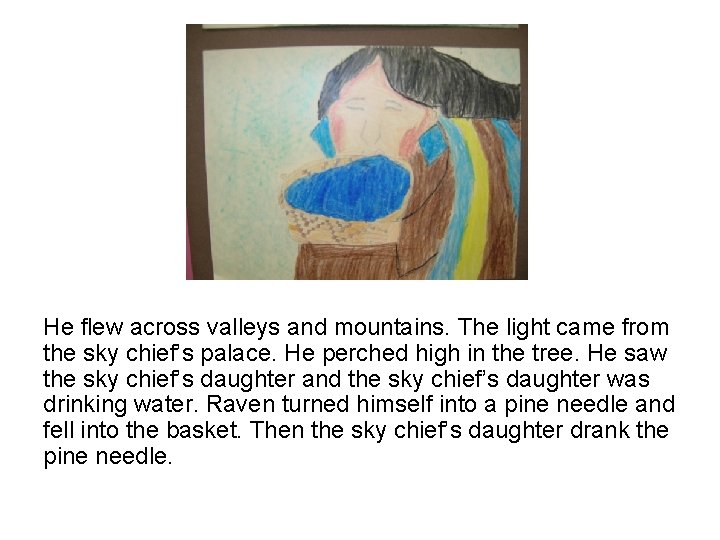 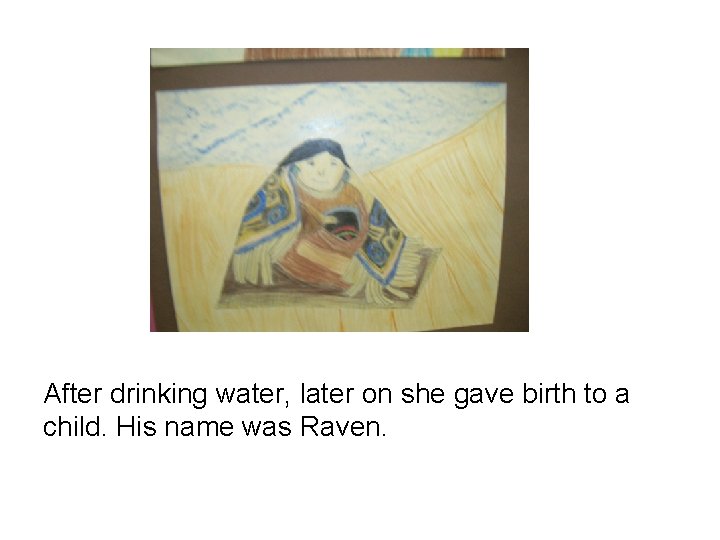 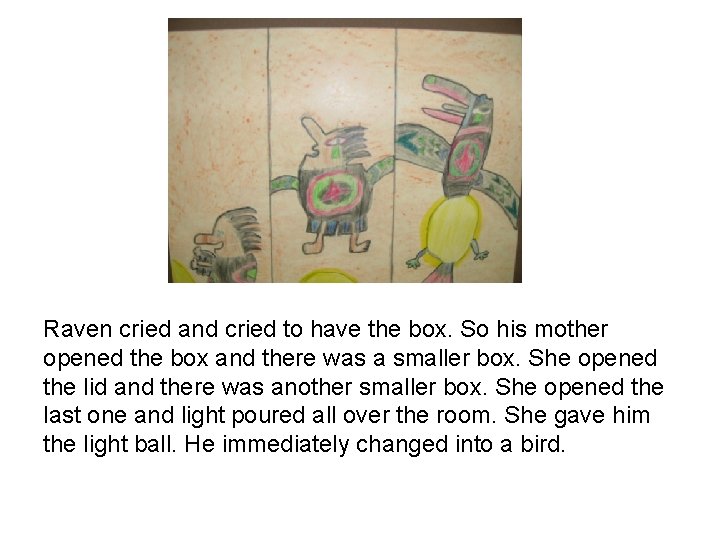 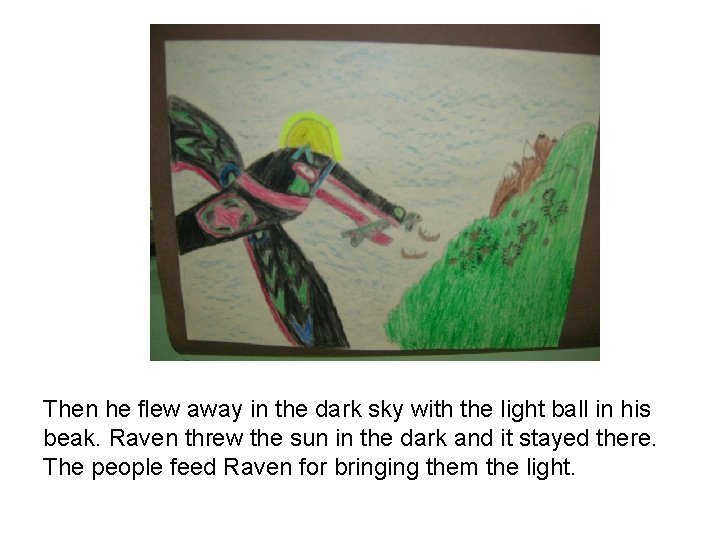 Raven A Trickster Tale from the Pacific Northwest Source: Book by Gerald Mc Dermott Retold by: Mark, Ruvim, Alex and Dakota from Mrs Nelsons 3 d grade using the oral Japanese Kamishibai (telling story from board) Illustrations made by the students inspired by the book

Long ago there was a bird named Raven. All he saw was darkness in the world. Then he searched for light and finally he saw a speck of light. Then he went to find the light.

After drinking water, later on she gave birth to a child. His name was Raven.

Raven was reborn as a little boy child. He had shiny black hair and tiny black eyes. After a time he was crawling trying to find the light. He found the light ball.

Then he flew away in the dark sky with the light ball in his beak. Raven threw the sun in the dark and it stayed there. The people feed Raven for bringing them the light. 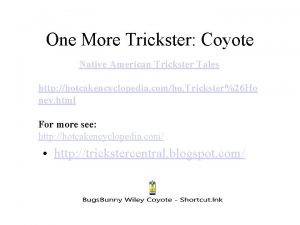 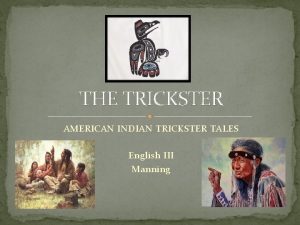 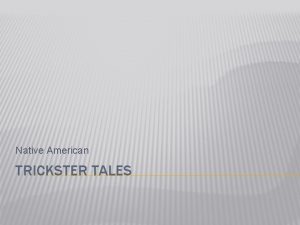 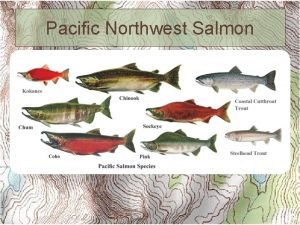 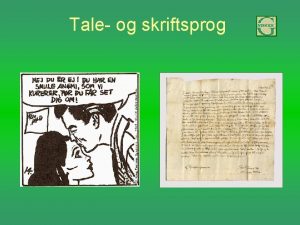 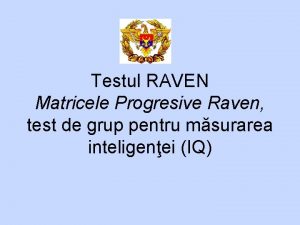 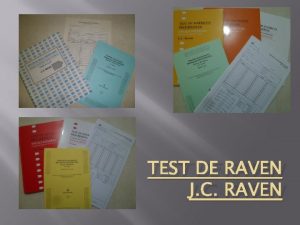