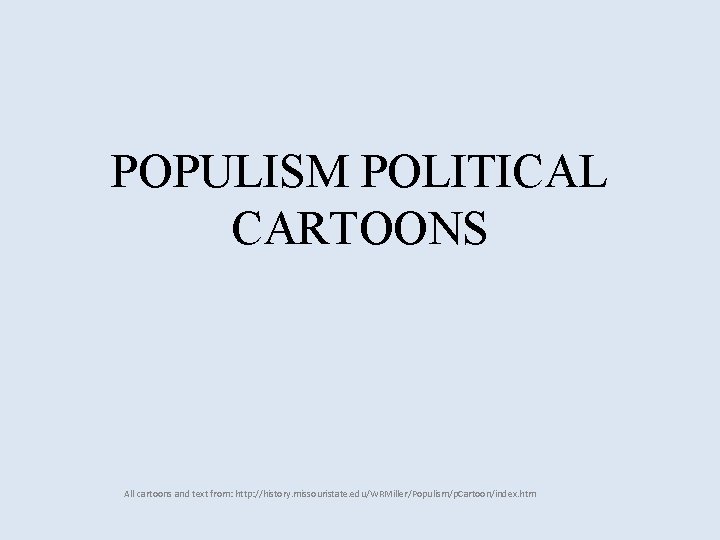 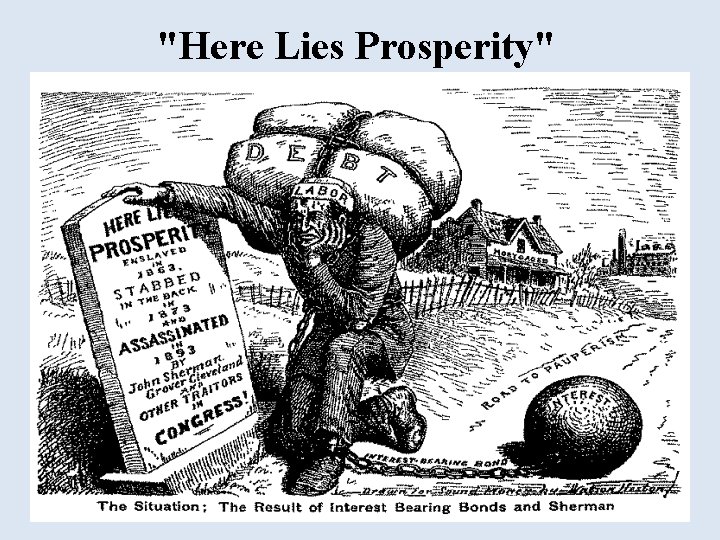 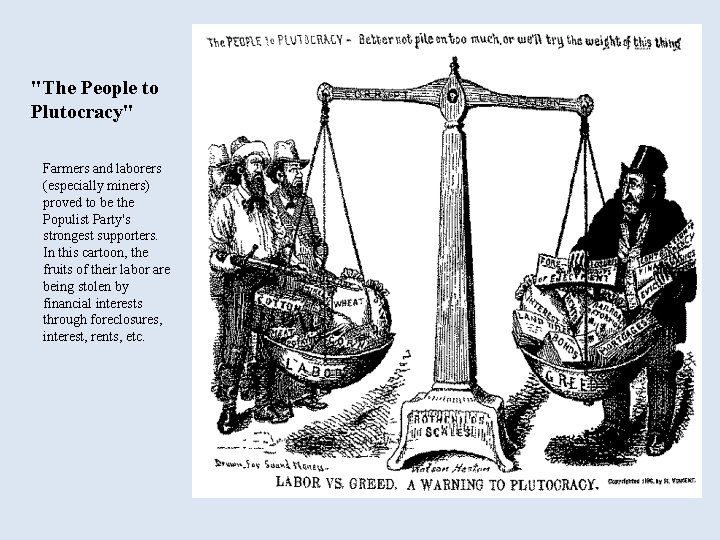 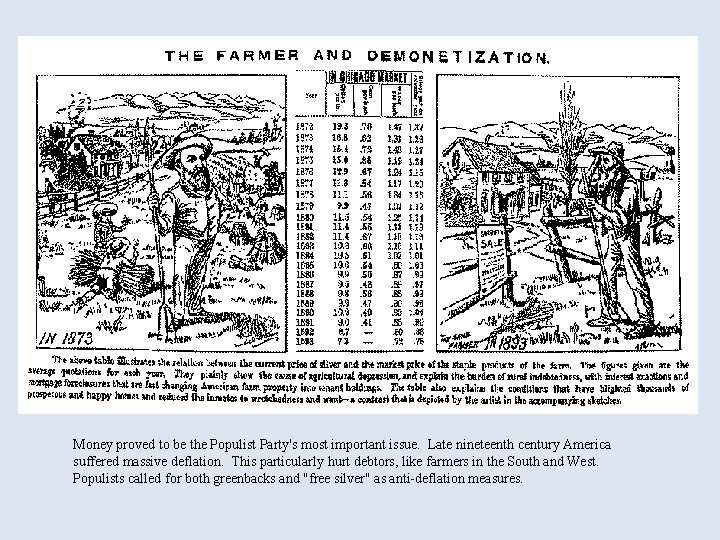 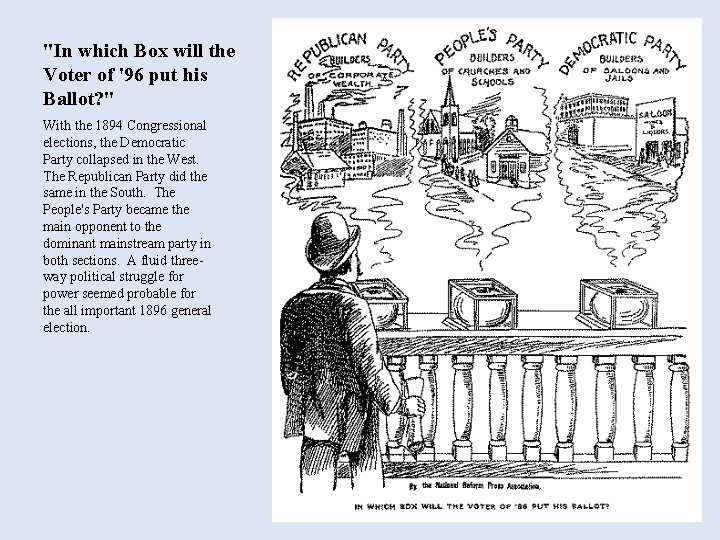 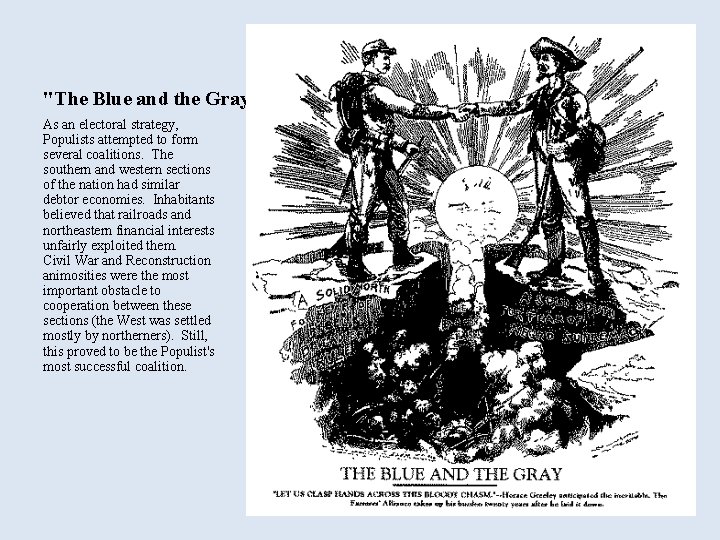 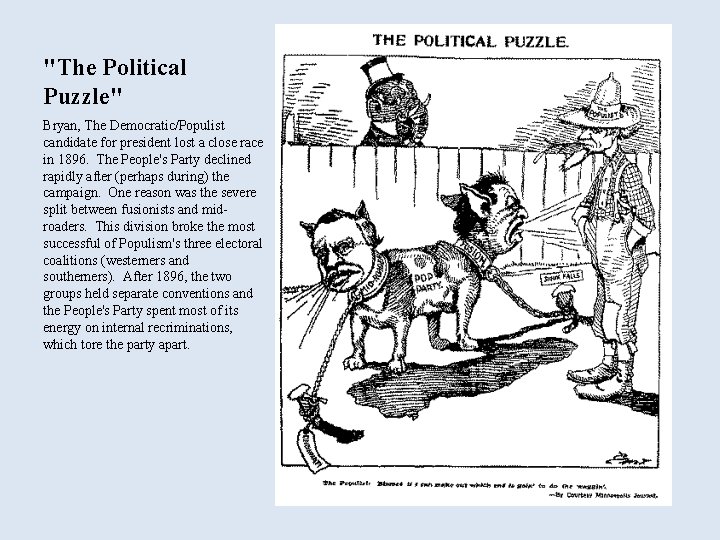 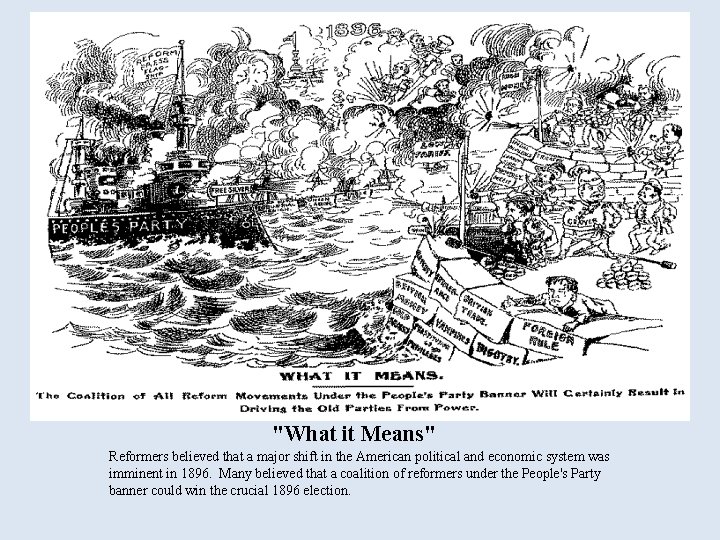 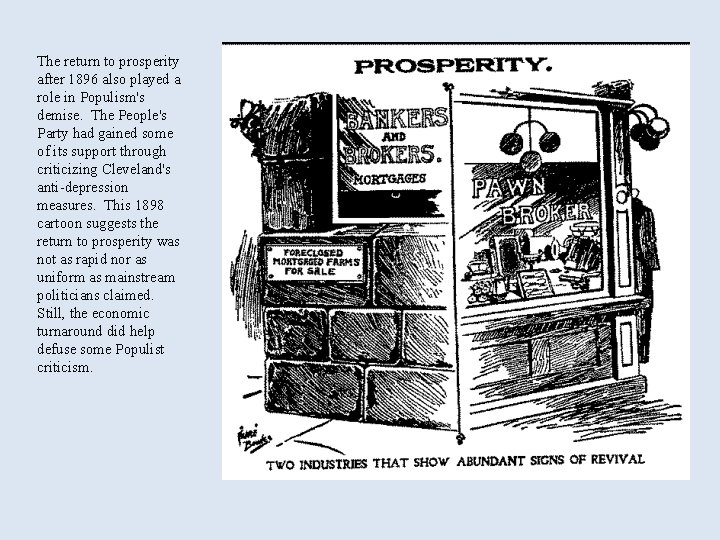 "The People to Plutocracy" Farmers and laborers (especially miners) proved to be the Populist Party's strongest supporters. In this cartoon, the fruits of their labor are being stolen by financial interests through foreclosures, interest, rents, etc.

Money proved to be the Populist Party's most important issue. Late nineteenth century America suffered massive deflation. This particularly hurt debtors, like farmers in the South and West. Populists called for both greenbacks and "free silver" as anti-deflation measures.

"In which Box will the Voter of '96 put his Ballot? " With the 1894 Congressional elections, the Democratic Party collapsed in the West. The Republican Party did the same in the South. The People's Party became the main opponent to the dominant mainstream party in both sections. A fluid threeway political struggle for power seemed probable for the all important 1896 general election.

"The Blue and the Gray" As an electoral strategy, Populists attempted to form several coalitions. The southern and western sections of the nation had similar debtor economies. Inhabitants believed that railroads and northeastern financial interests unfairly exploited them. Civil War and Reconstruction animosities were the most important obstacle to cooperation between these sections (the West was settled mostly by northerners). Still, this proved to be the Populist's most successful coalition.

"The Political Puzzle" Bryan, The Democratic/Populist candidate for president lost a close race in 1896. The People's Party declined rapidly after (perhaps during) the campaign. One reason was the severe split between fusionists and midroaders. This division broke the most successful of Populism's three electoral coalitions (westerners and southerners). After 1896, the two groups held separate conventions and the People's Party spent most of its energy on internal recriminations, which tore the party apart.

"What it Means" Reformers believed that a major shift in the American political and economic system was imminent in 1896. Many believed that a coalition of reformers under the People's Party banner could win the crucial 1896 election.

The return to prosperity after 1896 also played a role in Populism's demise. The People's Party had gained some of its support through criticizing Cleveland's anti-depression measures. This 1898 cartoon suggests the return to prosperity was not as rapid nor as uniform as mainstream politicians claimed. Still, the economic turnaround did help defuse some Populist criticism. 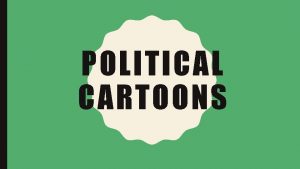 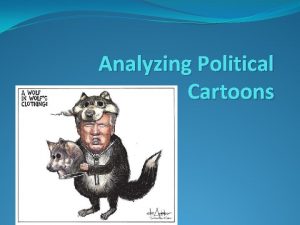 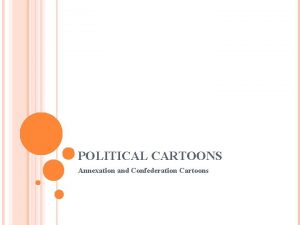 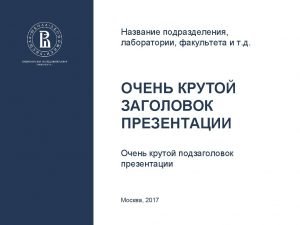 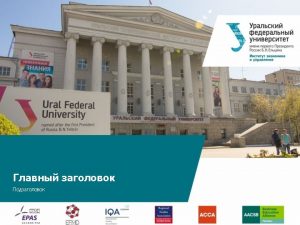 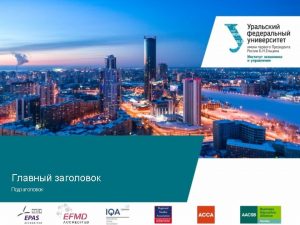 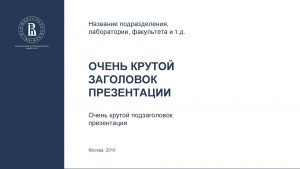 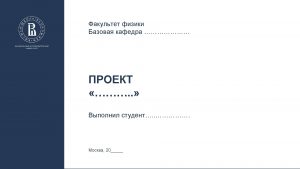