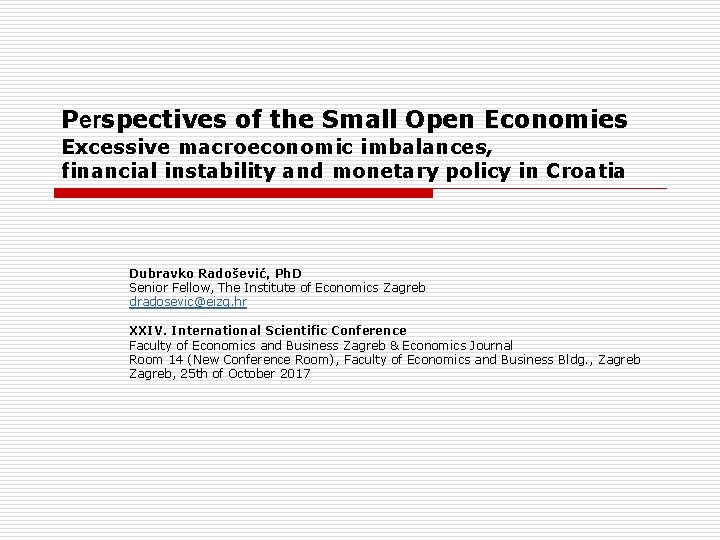 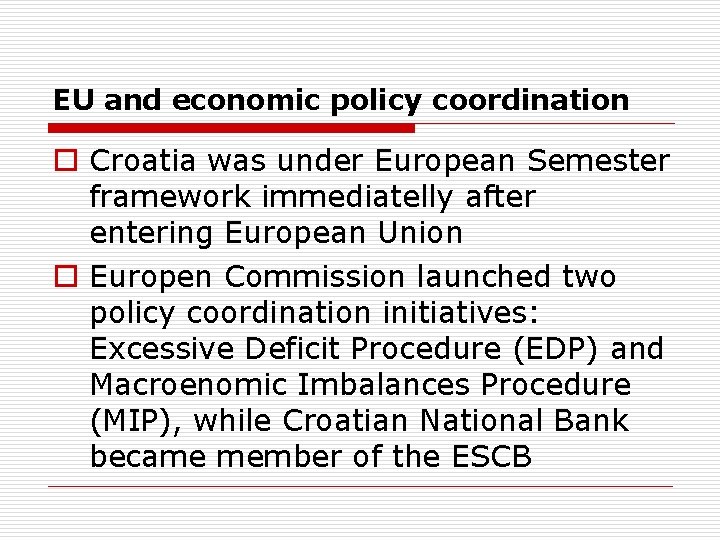 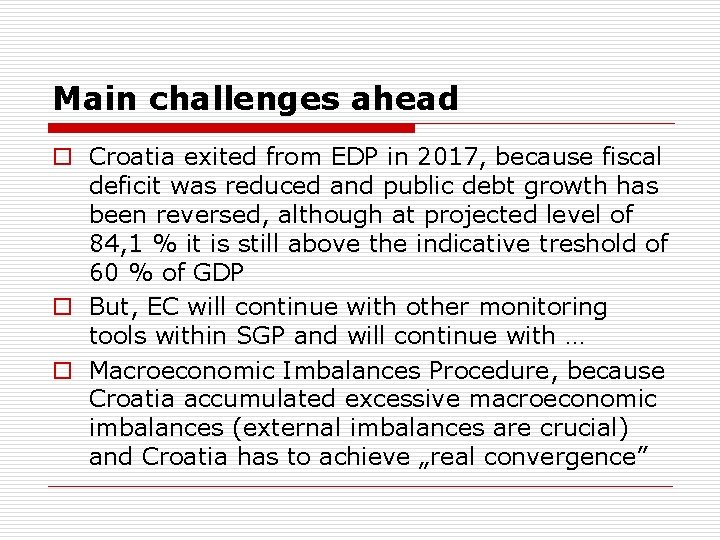 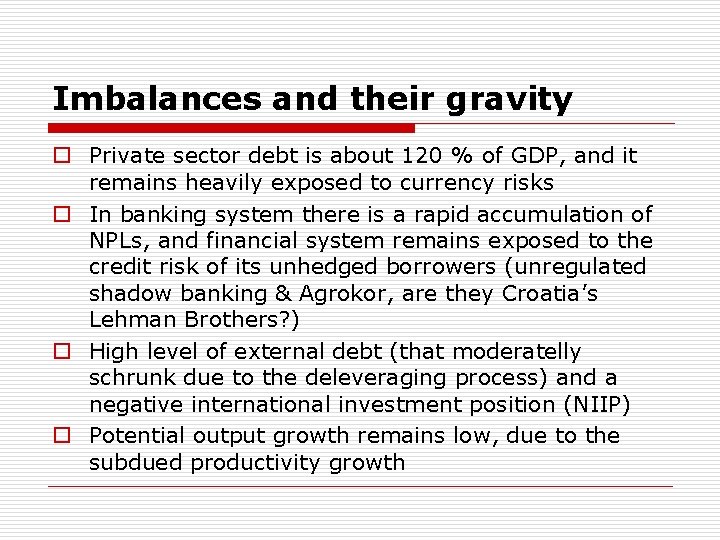 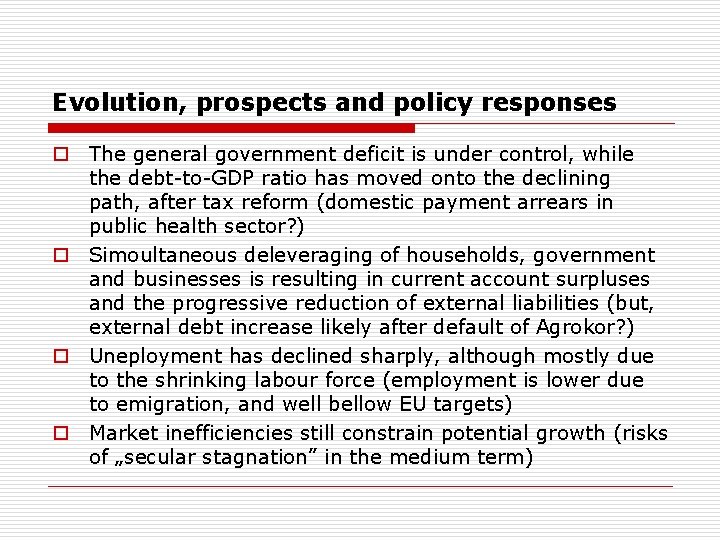 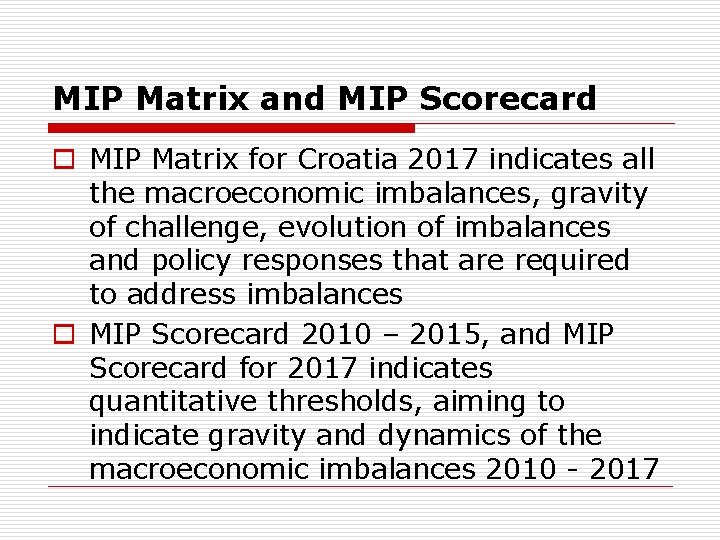 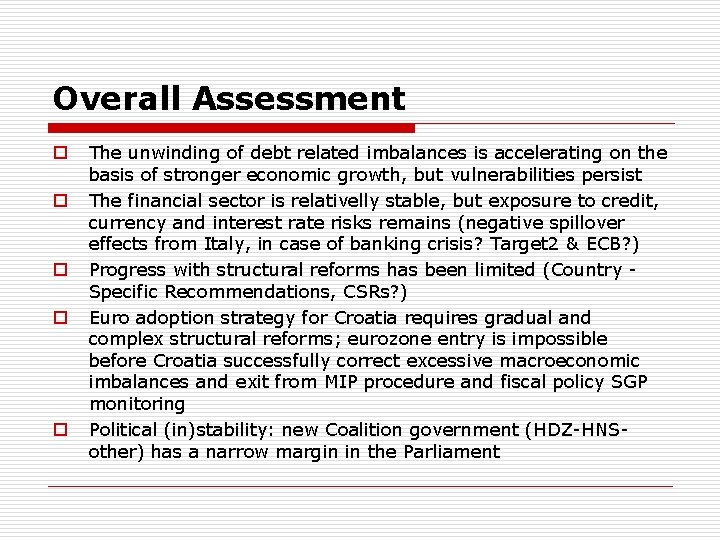 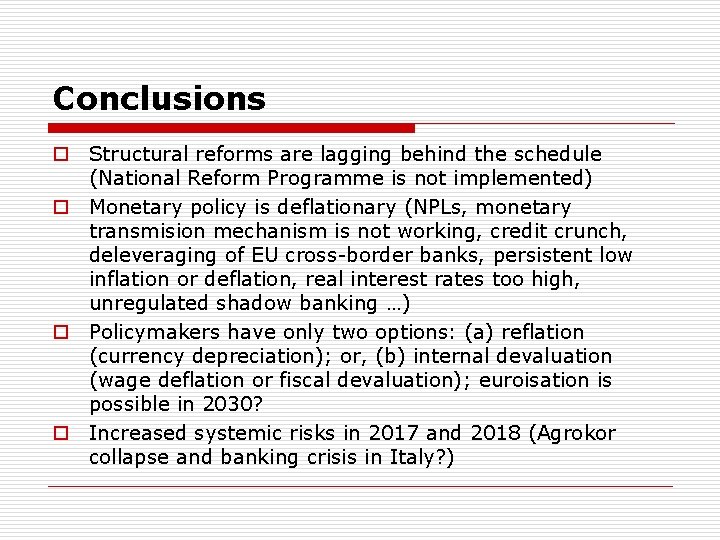 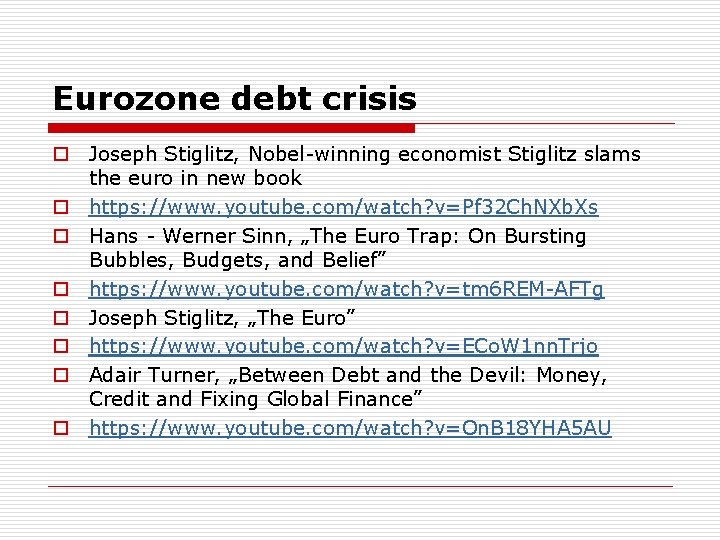 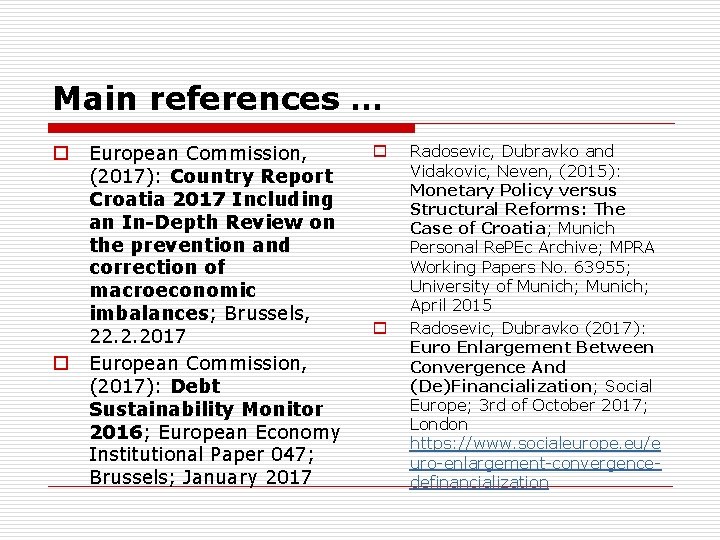 Main challenges ahead o Croatia exited from EDP in 2017, because fiscal deficit was reduced and public debt growth has been reversed, although at projected level of 84, 1 % it is still above the indicative treshold of 60 % of GDP o But, EC will continue with other monitoring tools within SGP and will continue with … o Macroeconomic Imbalances Procedure, because Croatia accumulated excessive macroeconomic imbalances (external imbalances are crucial) and Croatia has to achieve „real convergence”

Imbalances and their gravity o Private sector debt is about 120 % of GDP, and it remains heavily exposed to currency risks o In banking system there is a rapid accumulation of NPLs, and financial system remains exposed to the credit risk of its unhedged borrowers (unregulated shadow banking & Agrokor, are they Croatia’s Lehman Brothers? ) o High level of external debt (that moderatelly schrunk due to the deleveraging process) and a negative international investment position (NIIP) o Potential output growth remains low, due to the subdued productivity growth

Evolution, prospects and policy responses o The general government deficit is under control, while the debt-to-GDP ratio has moved onto the declining path, after tax reform (domestic payment arrears in public health sector? ) o Simoultaneous deleveraging of households, government and businesses is resulting in current account surpluses and the progressive reduction of external liabilities (but, external debt increase likely after default of Agrokor? ) o Uneployment has declined sharply, although mostly due to the shrinking labour force (employment is lower due to emigration, and well bellow EU targets) o Market inefficiencies still constrain potential growth (risks of „secular stagnation” in the medium term) 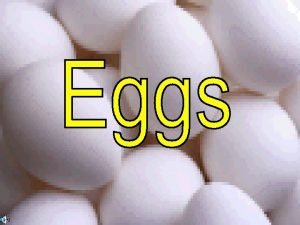 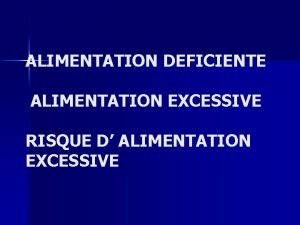 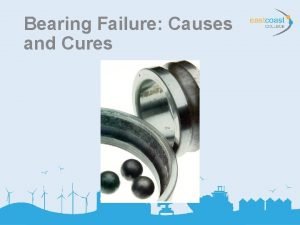 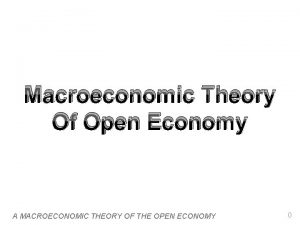 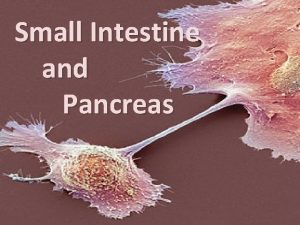 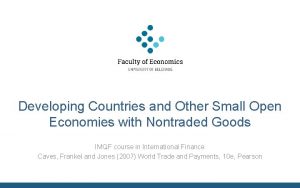 Developing Countries and Other Small Open Economies with 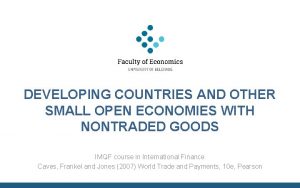 DEVELOPING COUNTRIES AND OTHER SMALL OPEN ECONOMIES WITH 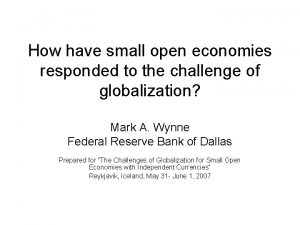 How have small open economies responded to the 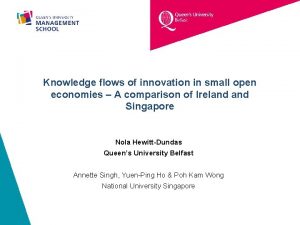