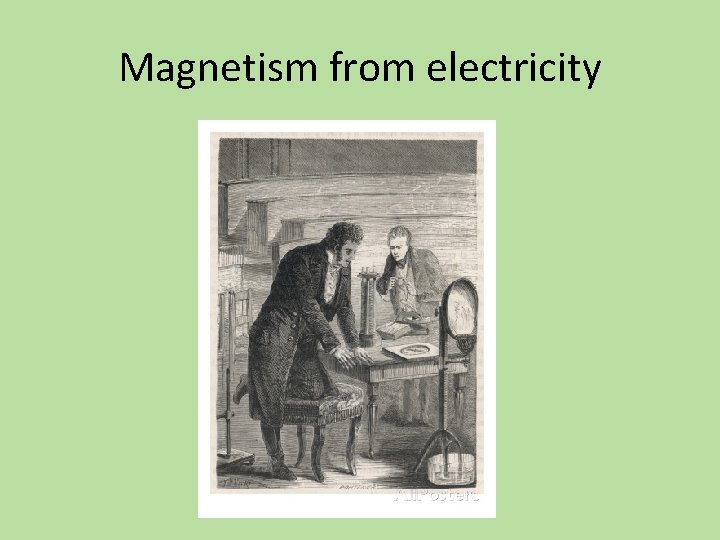 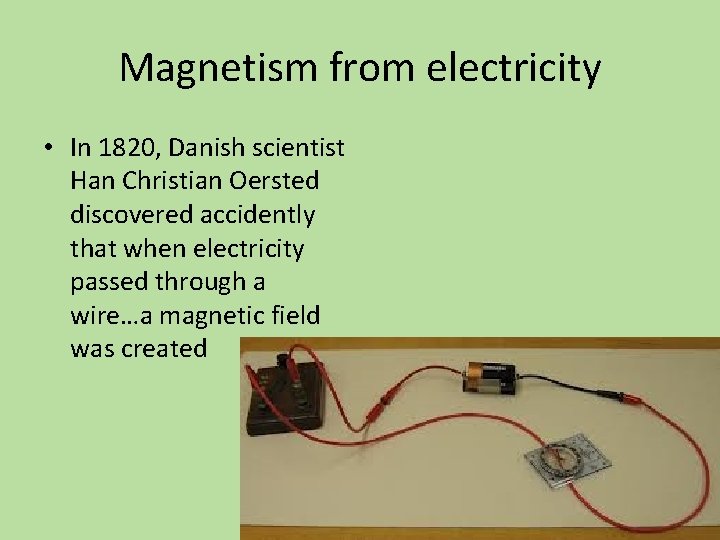 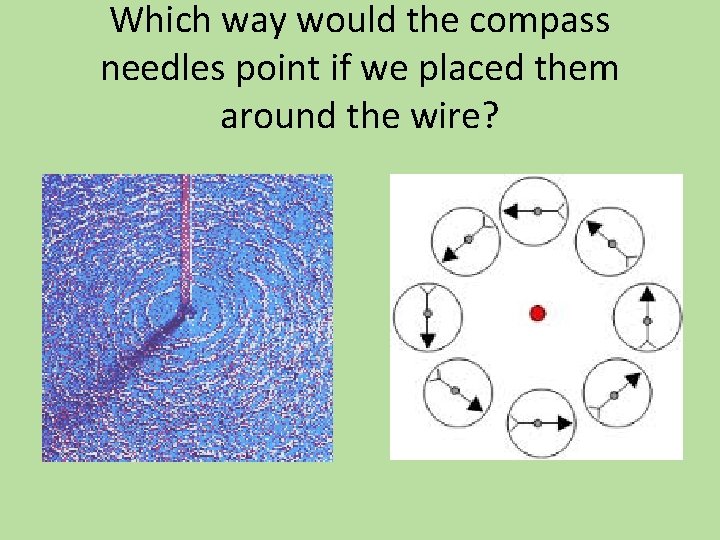 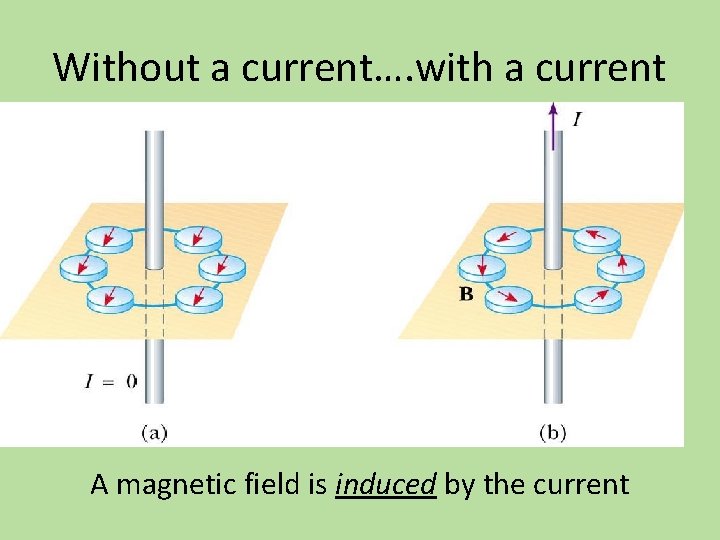 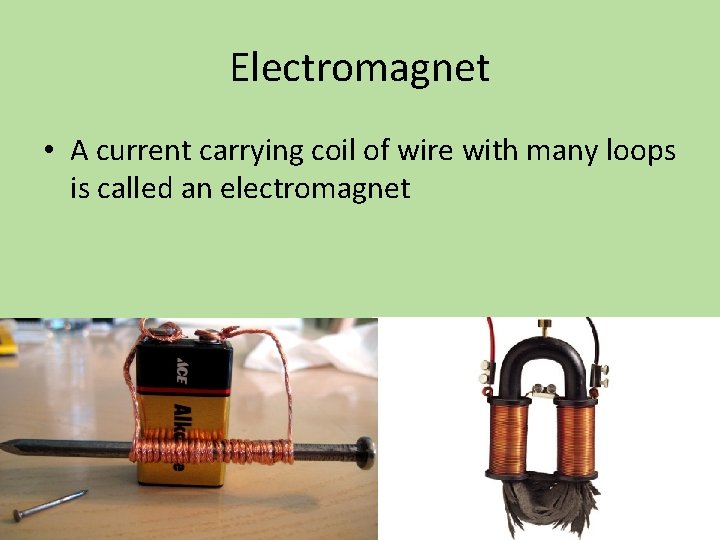 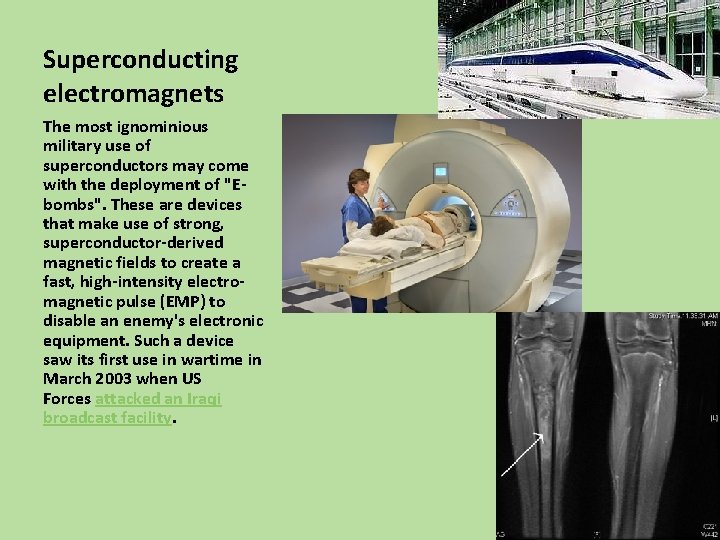 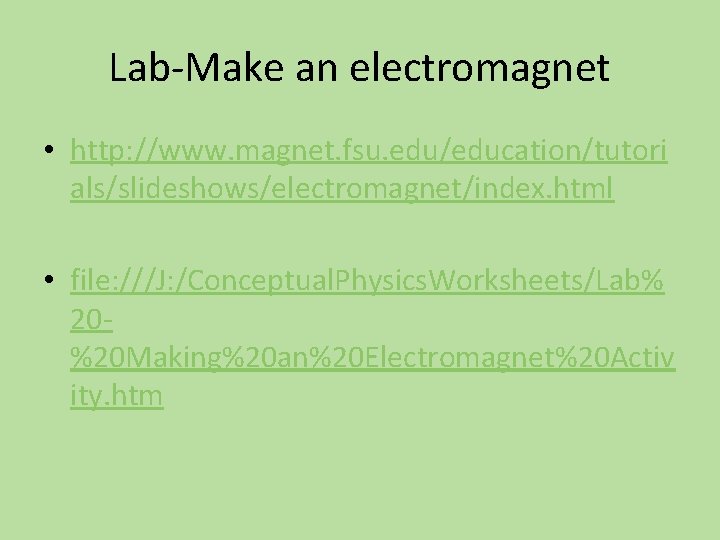 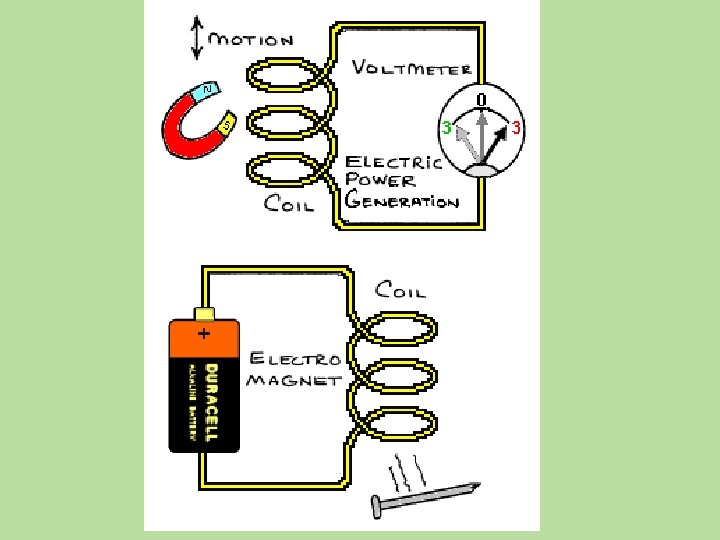 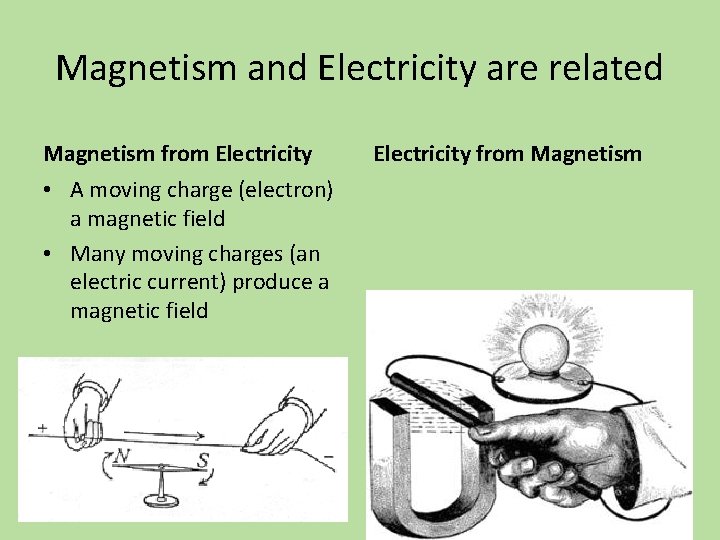 Magnetism from electricity • In 1820, Danish scientist Han Christian Oersted discovered accidently that when electricity passed through a wire…a magnetic field was created

Which way would the compass needles point if we placed them around the wire?

Without a current…. with a current A magnetic field is induced by the current

Superconducting electromagnets The most ignominious military use of superconductors may come with the deployment of "Ebombs". These are devices that make use of strong, superconductor-derived magnetic fields to create a fast, high-intensity electromagnetic pulse (EMP) to disable an enemy's electronic equipment. Such a device saw its first use in wartime in March 2003 when US Forces attacked an Iraqi broadcast facility. 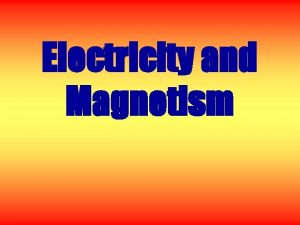 Electricity and Magnetism What is magnetism Magnetism is 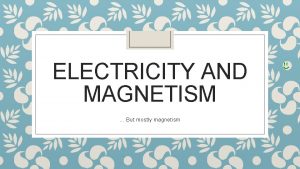 ELECTRICITY AND MAGNETISM But mostly magnetism Magnetism A 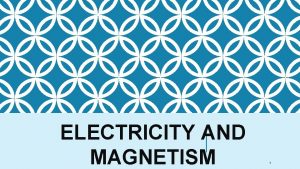 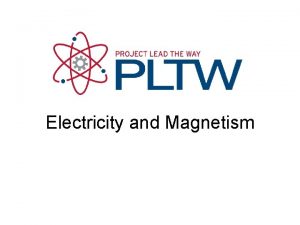 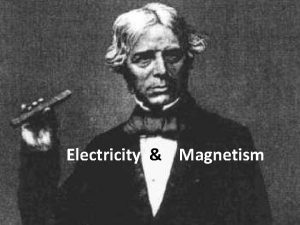 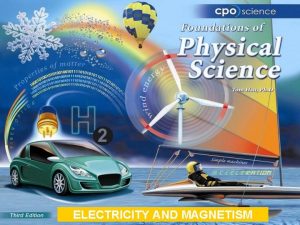 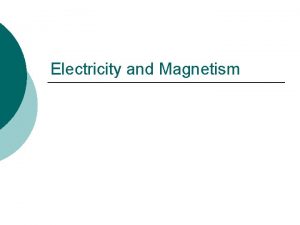 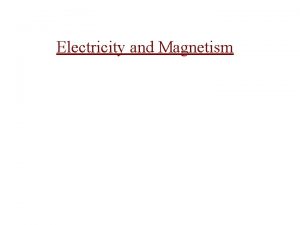