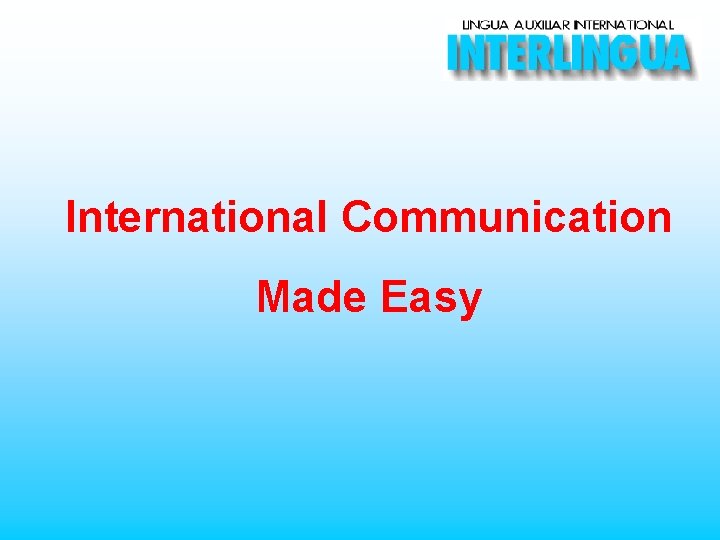 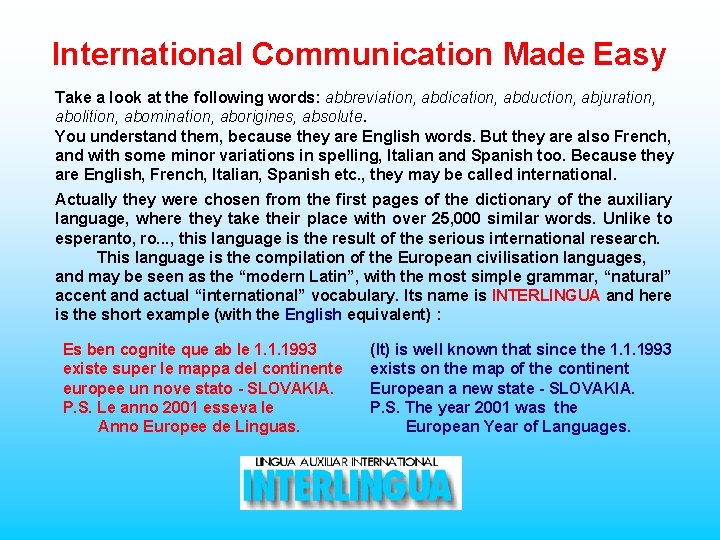 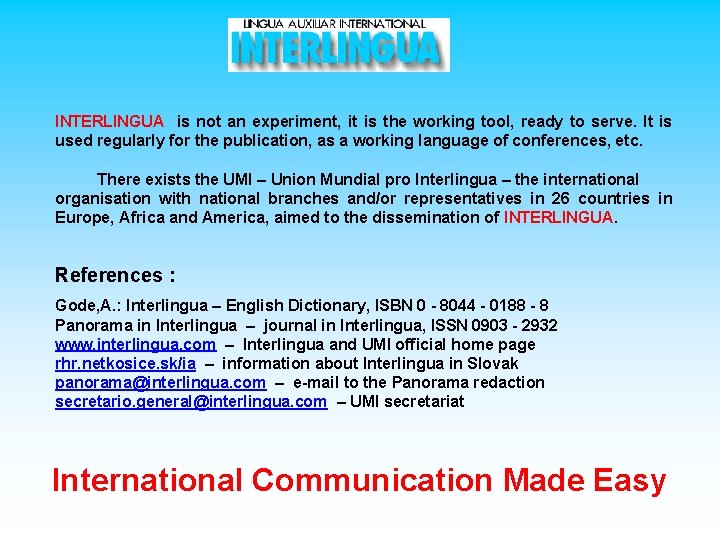 International Communication Made Easy Take a look at the following words: abbreviation, abdication, abduction, abjuration, abolition, abomination, aborigines, absolute. You understand them, because they are English words. But they are also French, and with some minor variations in spelling, Italian and Spanish too. Because they are English, French, Italian, Spanish etc. , they may be called international. Actually they were chosen from the first pages of the dictionary of the auxiliary language, where they take their place with over 25, 000 similar words. Unlike to esperanto, ro. . . , this language is the result of the serious international research. This language is the compilation of the European civilisation languages, and may be seen as the “modern Latin”, with the most simple grammar, “natural” accent and actual “international” vocabulary. Its name is INTERLINGUA and here is the short example (with the English equivalent) : Es ben cognite que ab le 1. 1. 1993 existe super le mappa del continente europee un nove stato - SLOVAKIA. P. S. Le anno 2001 esseva le Anno Europee de Linguas. (It) is well known that since the 1. 1. 1993 exists on the map of the continent European a new state - SLOVAKIA. P. S. The year 2001 was the European Year of Languages.

INTERLINGUA is not an experiment, it is the working tool, ready to serve. It is used regularly for the publication, as a working language of conferences, etc. There exists the UMI – Union Mundial pro Interlingua – the international organisation with national branches and/or representatives in 26 countries in Europe, Africa and America, aimed to the dissemination of INTERLINGUA. References : Gode, A. : Interlingua – English Dictionary, ISBN 0 - 8044 - 0188 - 8 Panorama in Interlingua – journal in Interlingua, ISSN 0903 - 2932 www. interlingua. com – Interlingua and UMI official home page rhr. netkosice. sk/ia – information about Interlingua in Slovak [email protected] com – e-mail to the Panorama redaction secretario. [email protected] com – UMI secretariat International Communication Made Easy 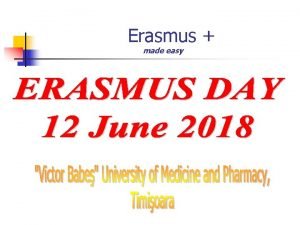 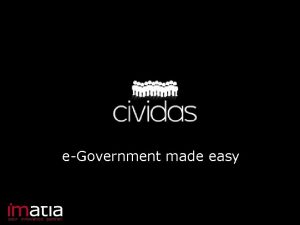