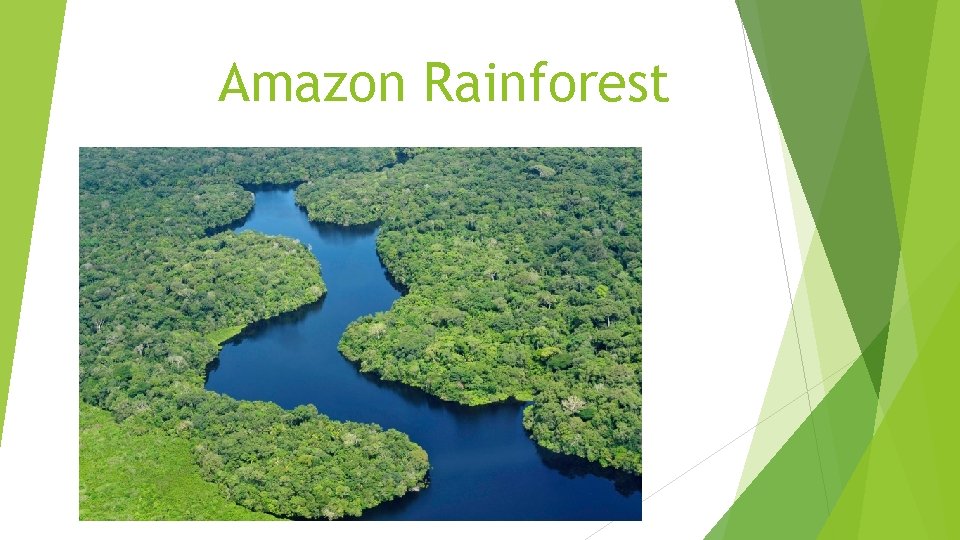 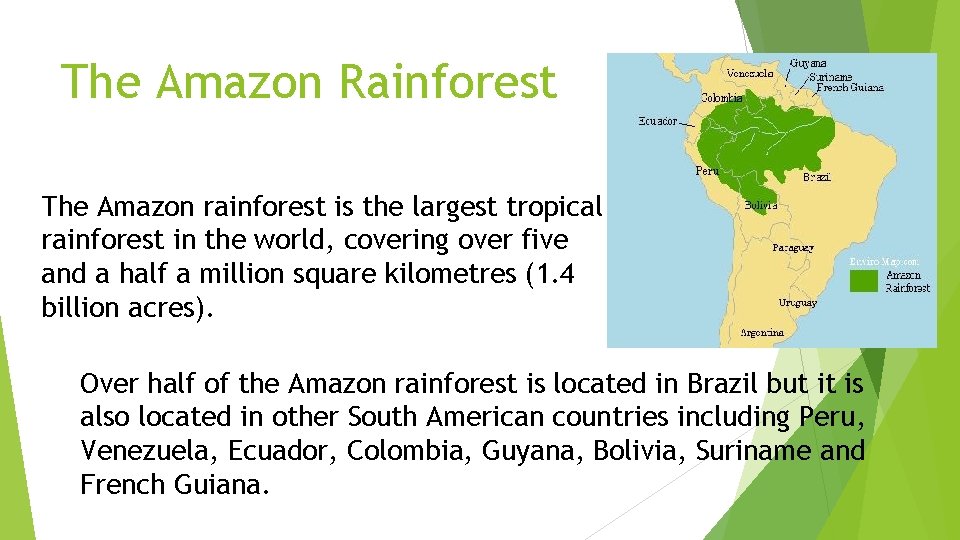 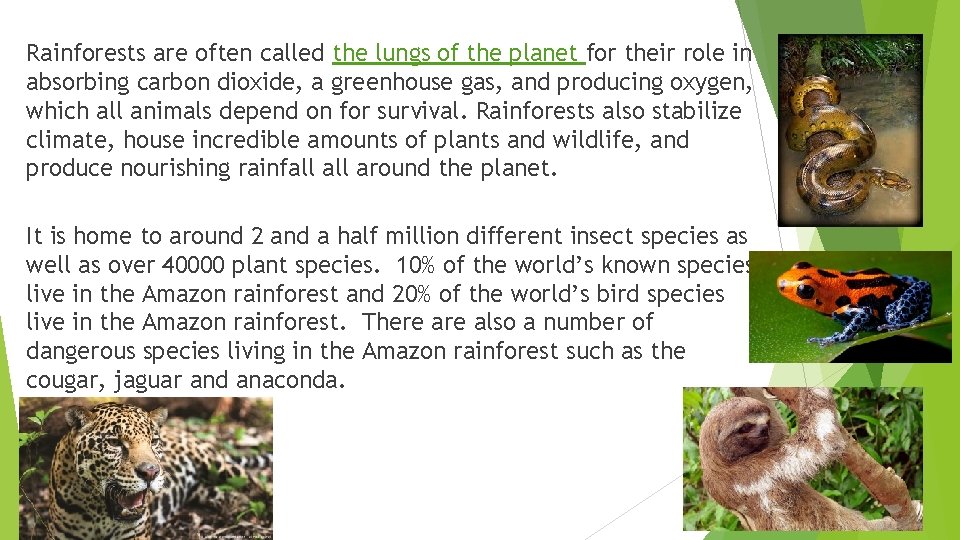 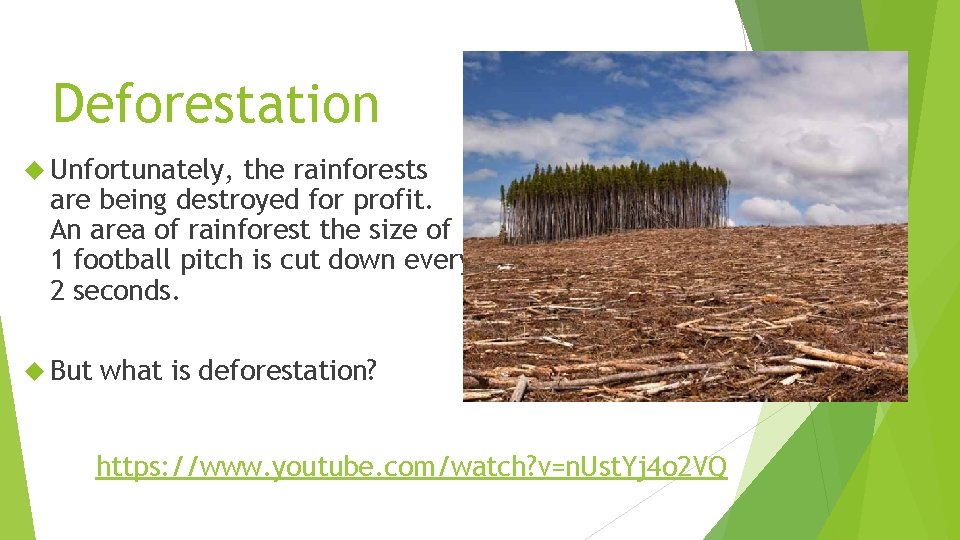 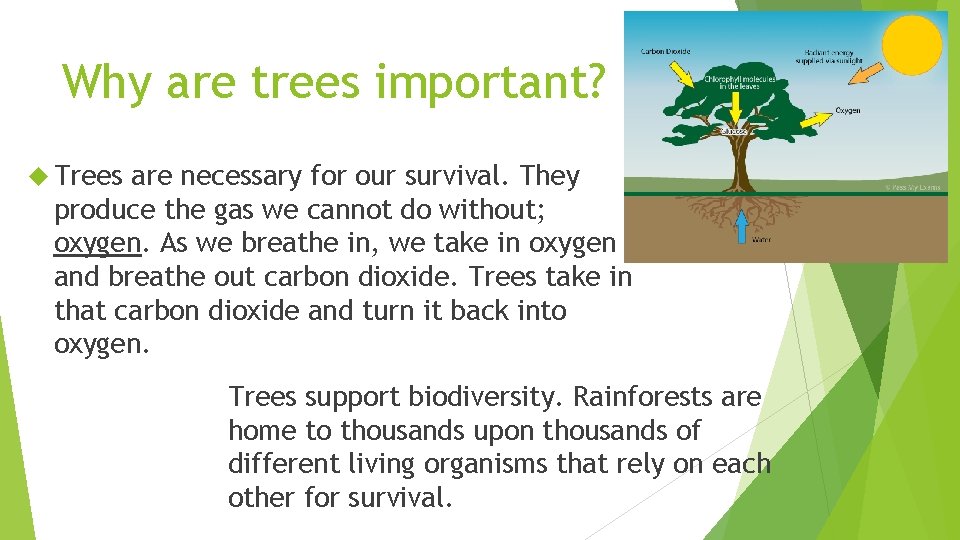 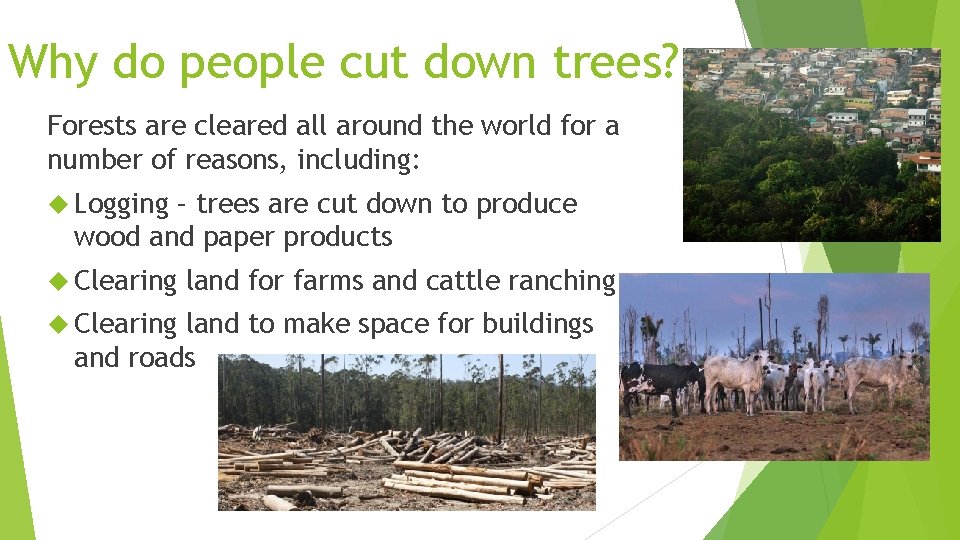 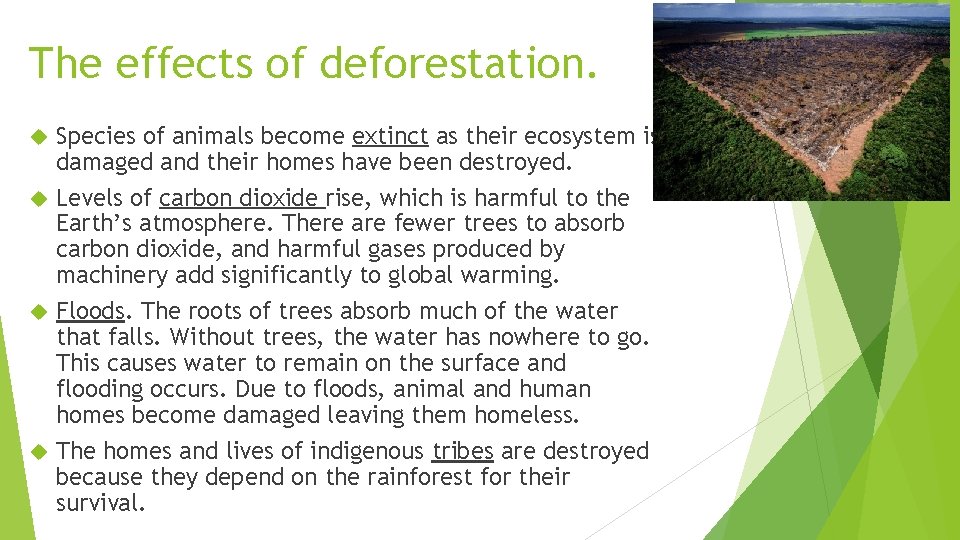 Deforestation Unfortunately, the rainforests are being destroyed for profit. An area of rainforest the size of 1 football pitch is cut down every 2 seconds. But what is deforestation? https: //www. youtube. com/watch? v=n. Ust. Yj 4 o 2 VQ

Why are trees important? Trees are necessary for our survival. They produce the gas we cannot do without; oxygen. As we breathe in, we take in oxygen and breathe out carbon dioxide. Trees take in that carbon dioxide and turn it back into oxygen. Trees support biodiversity. Rainforests are home to thousands upon thousands of different living organisms that rely on each other for survival.

Why do people cut down trees? Forests are cleared all around the world for a number of reasons, including: Logging – trees are cut down to produce wood and paper products Clearing land for farms and cattle ranching land to make space for buildings and roads

The effects of deforestation. Species of animals become extinct as their ecosystem is damaged and their homes have been destroyed. Levels of carbon dioxide rise, which is harmful to the Earth’s atmosphere. There are fewer trees to absorb carbon dioxide, and harmful gases produced by machinery add significantly to global warming. Floods. The roots of trees absorb much of the water that falls. Without trees, the water has nowhere to go. This causes water to remain on the surface and flooding occurs. Due to floods, animal and human homes become damaged leaving them homeless. The homes and lives of indigenous tribes are destroyed because they depend on the rainforest for their survival. 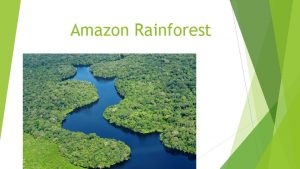 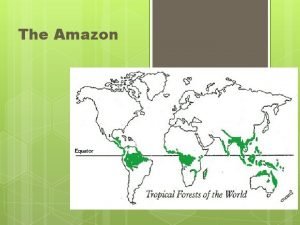 The Amazon Amazon Rainforest The rainforest most of 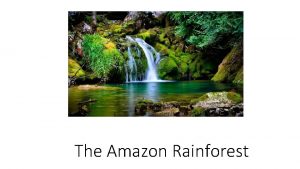 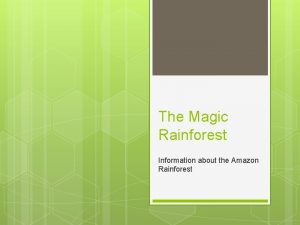 The Magic Rainforest Information about the Amazon Rainforest 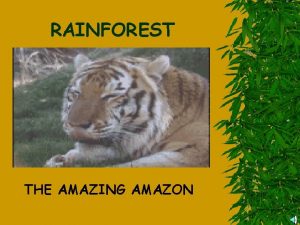 RAINFOREST THE AMAZING AMAZON What is a rainforest 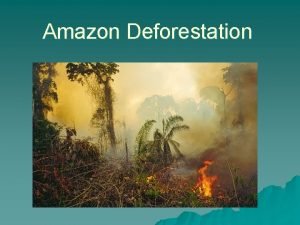