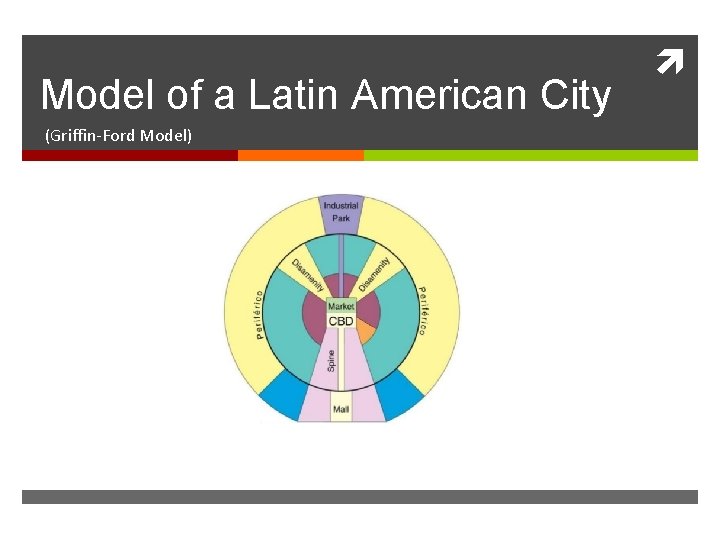 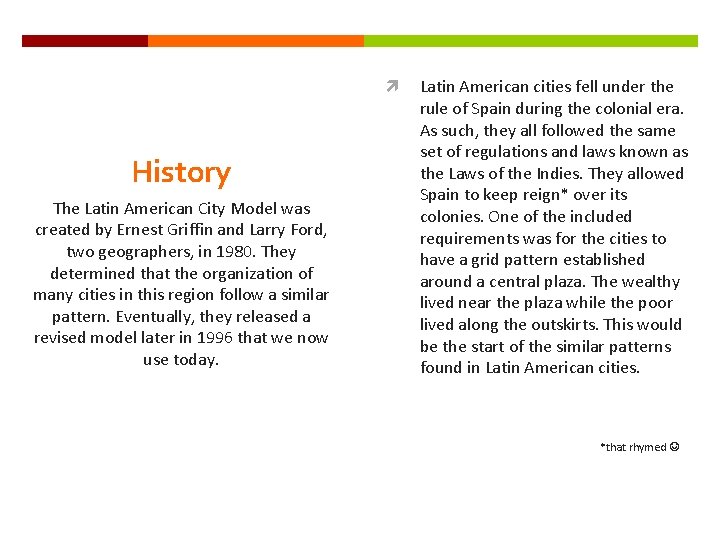 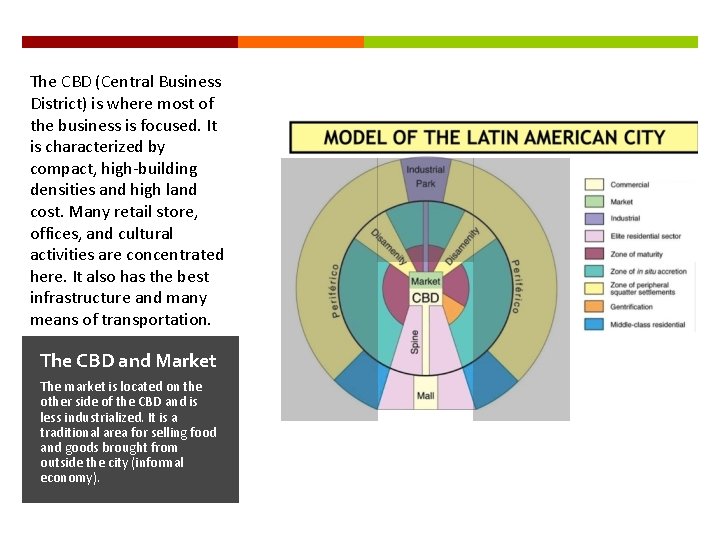 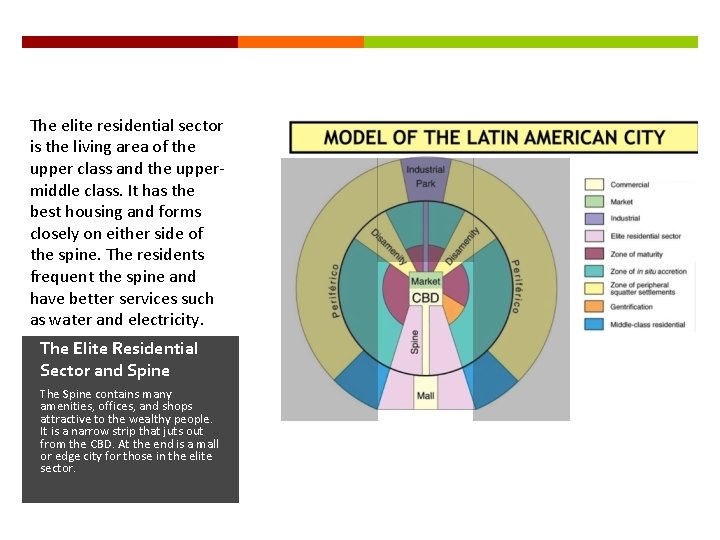 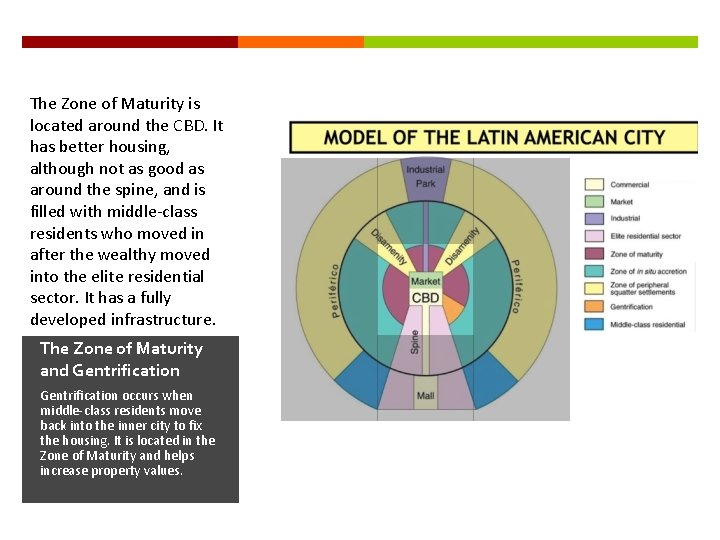 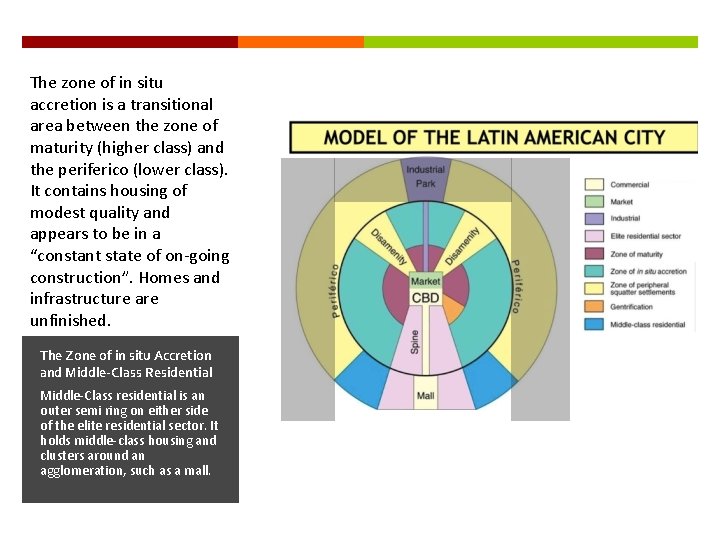 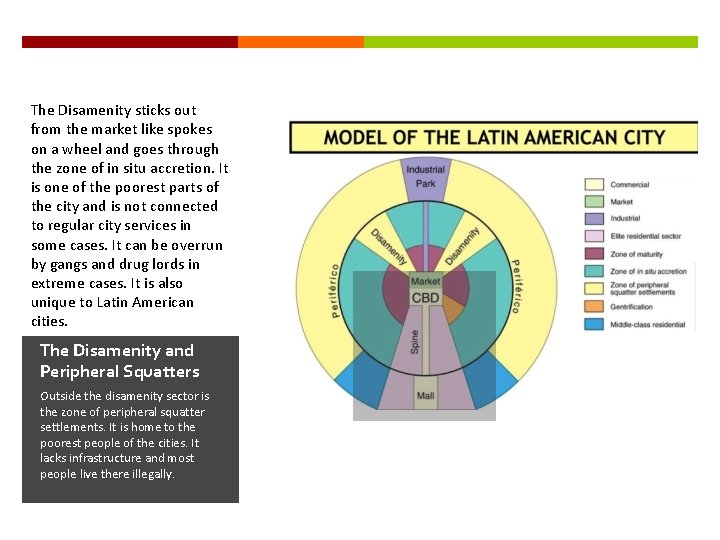 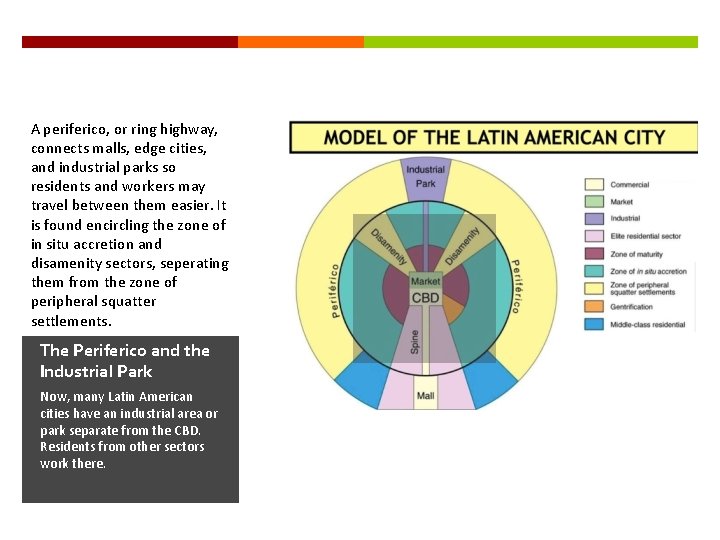 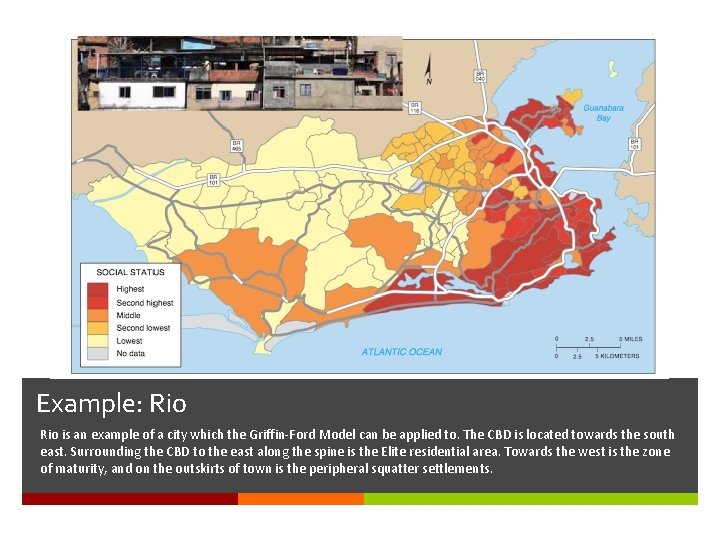 History The Latin American City Model was created by Ernest Griffin and Larry Ford, two geographers, in 1980. They determined that the organization of many cities in this region follow a similar pattern. Eventually, they released a revised model later in 1996 that we now use today. Latin American cities fell under the rule of Spain during the colonial era. As such, they all followed the same set of regulations and laws known as the Laws of the Indies. They allowed Spain to keep reign* over its colonies. One of the included requirements was for the cities to have a grid pattern established around a central plaza. The wealthy lived near the plaza while the poor lived along the outskirts. This would be the start of the similar patterns found in Latin American cities. *that rhymed

The CBD (Central Business District) is where most of the business is focused. It is characterized by compact, high-building densities and high land cost. Many retail store, offices, and cultural activities are concentrated here. It also has the best infrastructure and many means of transportation. The CBD and Market The market is located on the other side of the CBD and is less industrialized. It is a traditional area for selling food and goods brought from outside the city (informal economy).

The elite residential sector is the living area of the upper class and the uppermiddle class. It has the best housing and forms closely on either side of the spine. The residents frequent the spine and have better services such as water and electricity. The Elite Residential Sector and Spine The Spine contains many amenities, offices, and shops attractive to the wealthy people. It is a narrow strip that juts out from the CBD. At the end is a mall or edge city for those in the elite sector.

The zone of in situ accretion is a transitional area between the zone of maturity (higher class) and the periferico (lower class). It contains housing of modest quality and appears to be in a “constant state of on-going construction”. Homes and infrastructure are unfinished. The Zone of in situ Accretion and Middle-Class Residential Middle-Class residential is an outer semi ring on either side of the elite residential sector. It holds middle-class housing and clusters around an agglomeration, such as a mall.

The Disamenity sticks out from the market like spokes on a wheel and goes through the zone of in situ accretion. It is one of the poorest parts of the city and is not connected to regular city services in some cases. It can be overrun by gangs and drug lords in extreme cases. It is also unique to Latin American cities. The Disamenity and Peripheral Squatters Outside the disamenity sector is the zone of peripheral squatter settlements. It is home to the poorest people of the cities. It lacks infrastructure and most people live there illegally.

A periferico, or ring highway, connects malls, edge cities, and industrial parks so residents and workers may travel between them easier. It is found encircling the zone of in situ accretion and disamenity sectors, seperating them from the zone of peripheral squatter settlements. The Periferico and the Industrial Park Now, many Latin American cities have an industrial area or park separate from the CBD. Residents from other sectors work there.

Example: Rio is an example of a city which the Griffin-Ford Model can be applied to. The CBD is located towards the south east. Surrounding the CBD to the east along the spine is the Elite residential area. Towards the west is the zone of maturity, and on the outskirts of town is the peripheral squatter settlements. 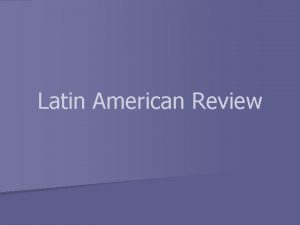 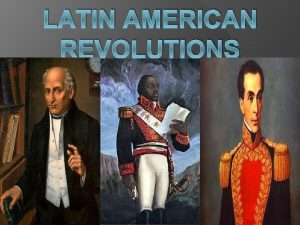 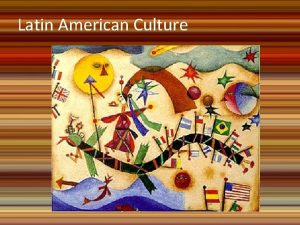 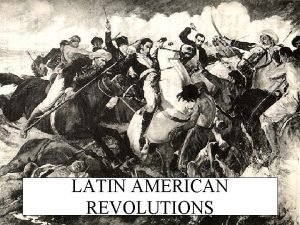 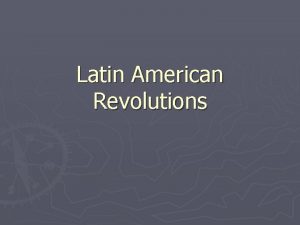 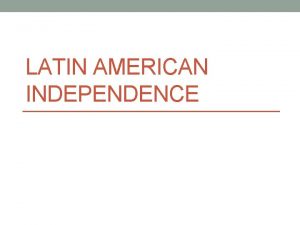 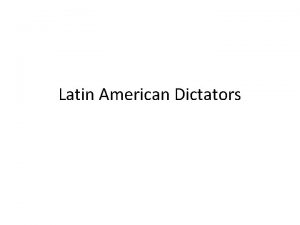 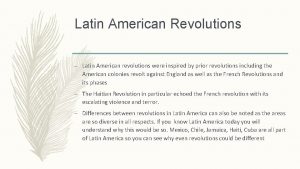