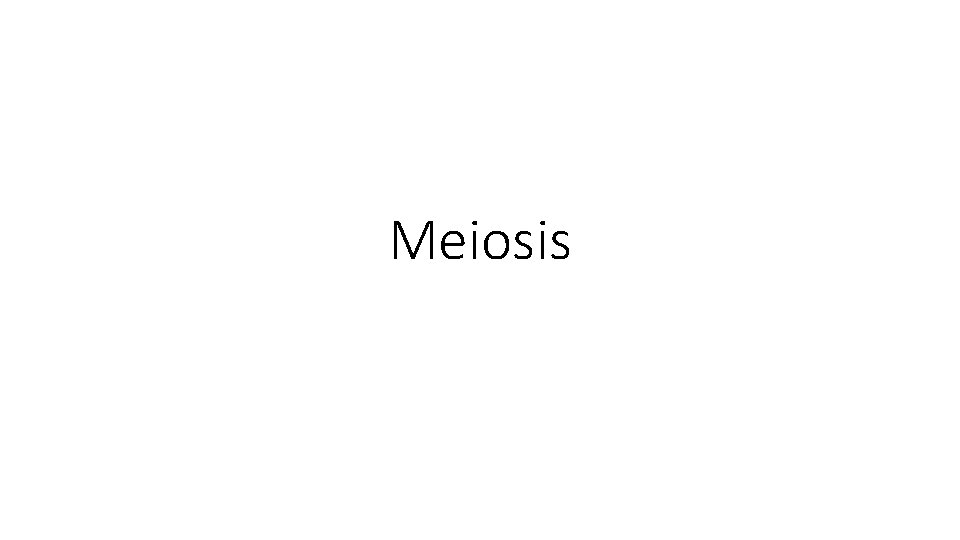 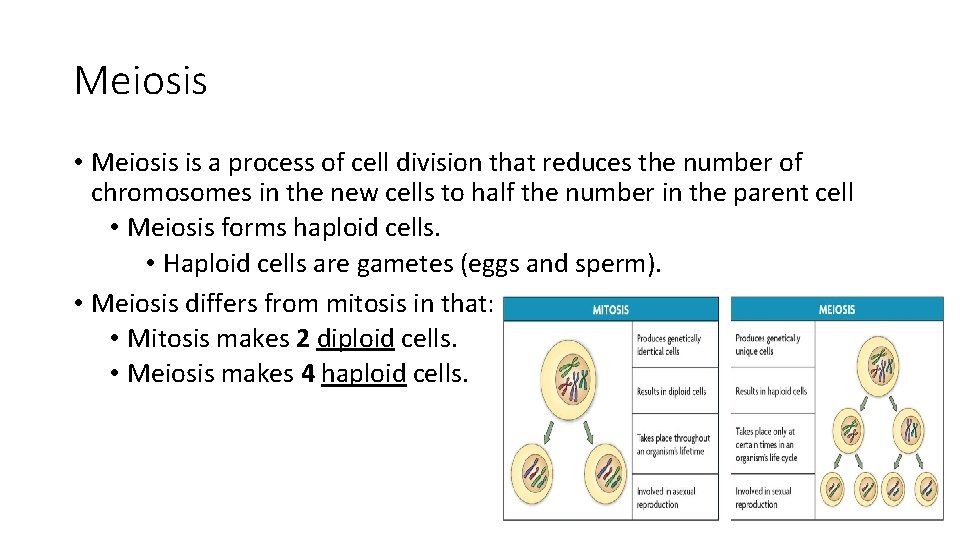 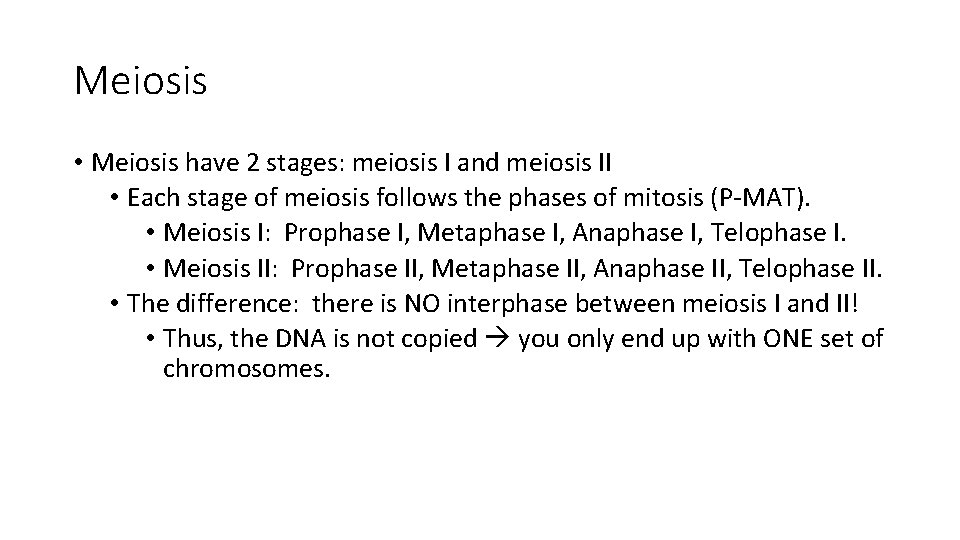 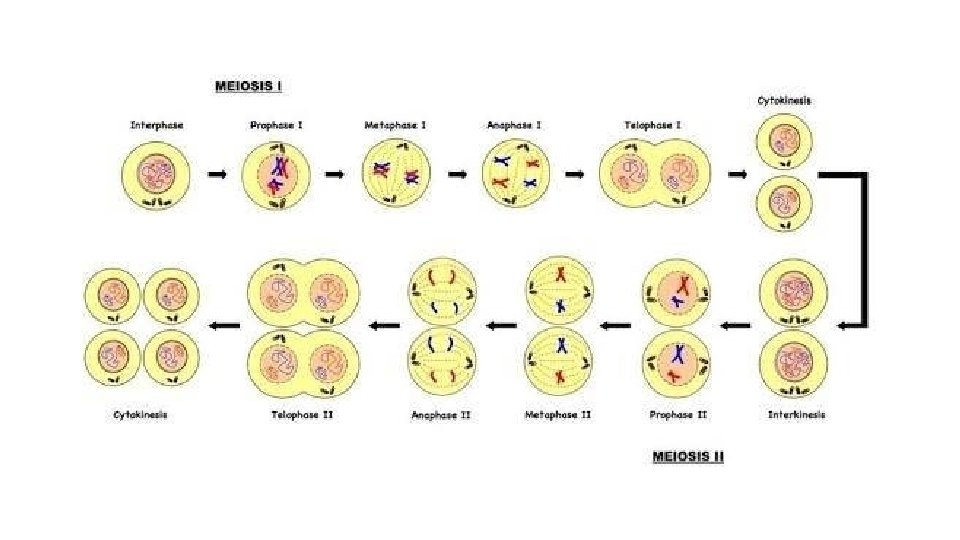 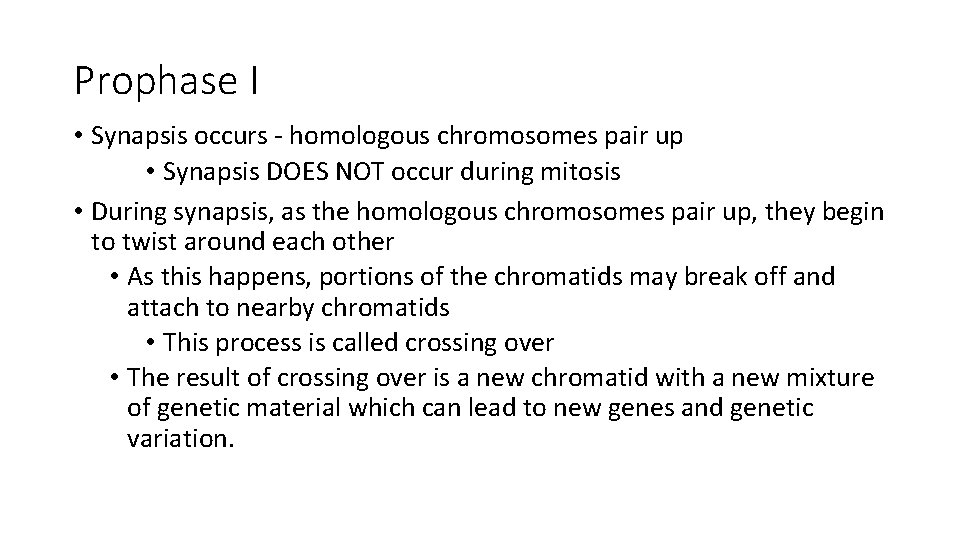 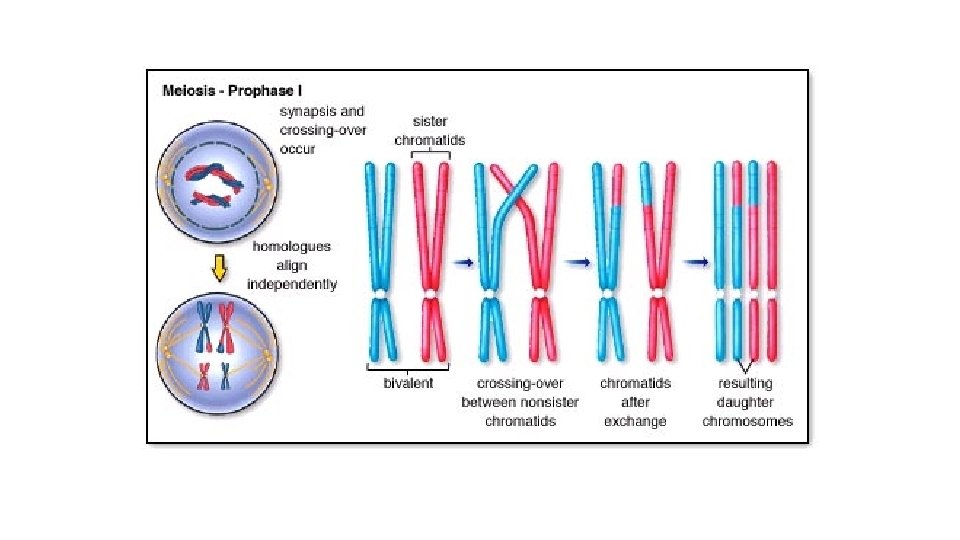 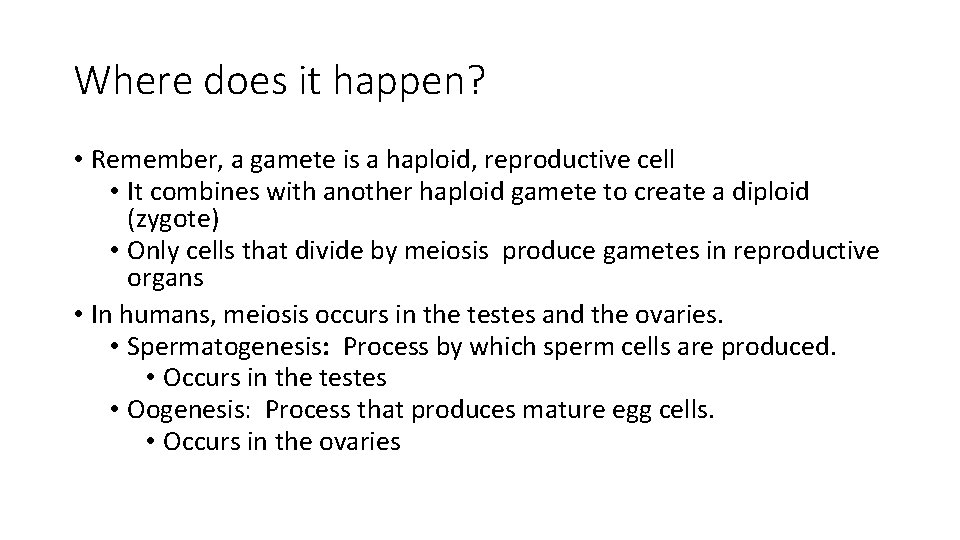 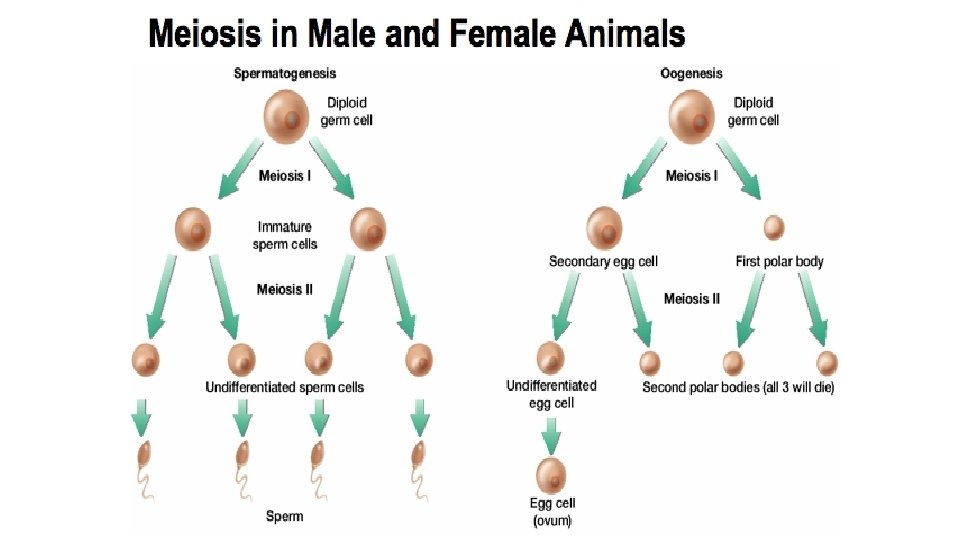 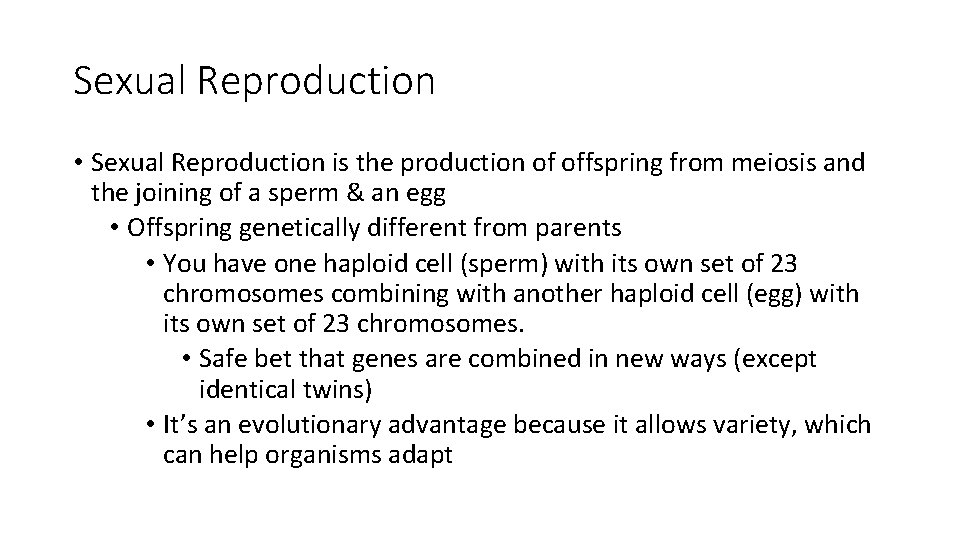 Prophase I • Synapsis occurs - homologous chromosomes pair up • Synapsis DOES NOT occur during mitosis • During synapsis, as the homologous chromosomes pair up, they begin to twist around each other • As this happens, portions of the chromatids may break off and attach to nearby chromatids • This process is called crossing over • The result of crossing over is a new chromatid with a new mixture of genetic material which can lead to new genes and genetic variation.

Where does it happen? • Remember, a gamete is a haploid, reproductive cell • It combines with another haploid gamete to create a diploid (zygote) • Only cells that divide by meiosis produce gametes in reproductive organs • In humans, meiosis occurs in the testes and the ovaries. • Spermatogenesis: Process by which sperm cells are produced. • Occurs in the testes • Oogenesis: Process that produces mature egg cells. • Occurs in the ovaries

Sexual Reproduction • Sexual Reproduction is the production of offspring from meiosis and the joining of a sperm & an egg • Offspring genetically different from parents • You have one haploid cell (sperm) with its own set of 23 chromosomes combining with another haploid cell (egg) with its own set of 23 chromosomes. • Safe bet that genes are combined in new ways (except identical twins) • It’s an evolutionary advantage because it allows variety, which can help organisms adapt 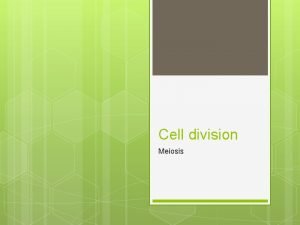 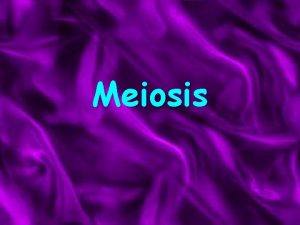 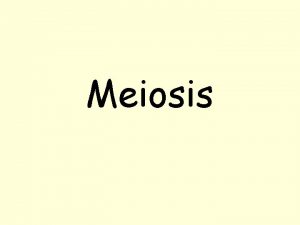 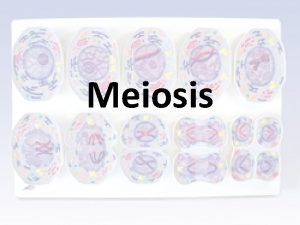 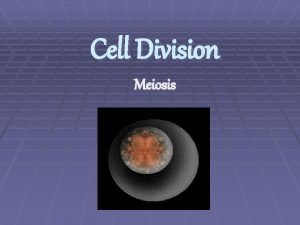 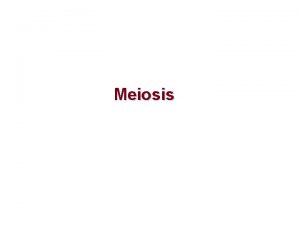 Meiosis Meiosis meiosis is the process by which 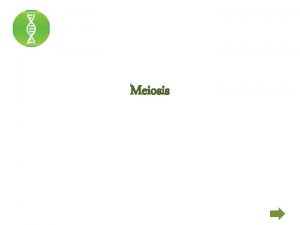 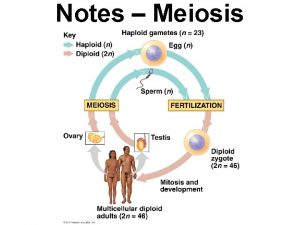