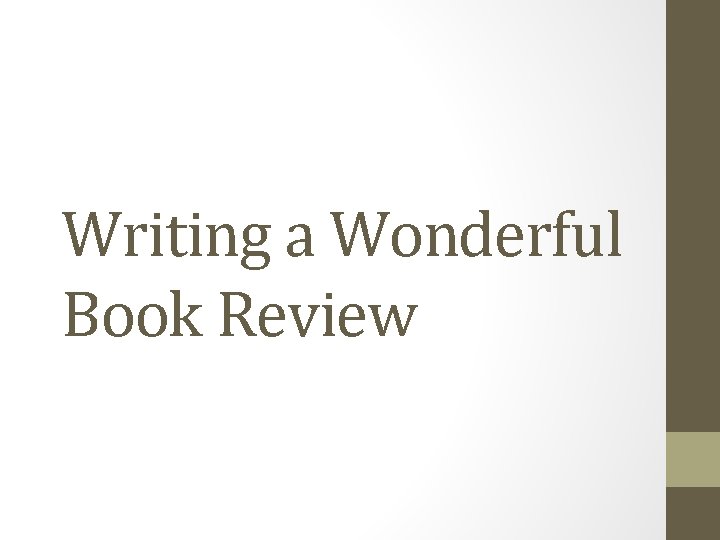 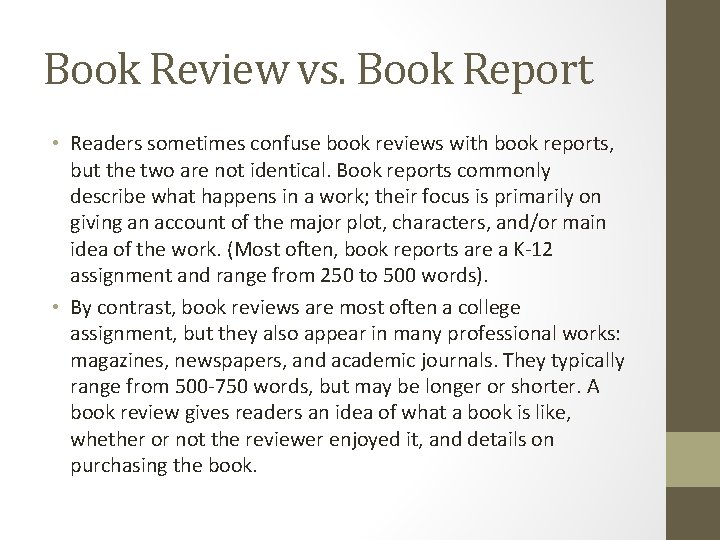 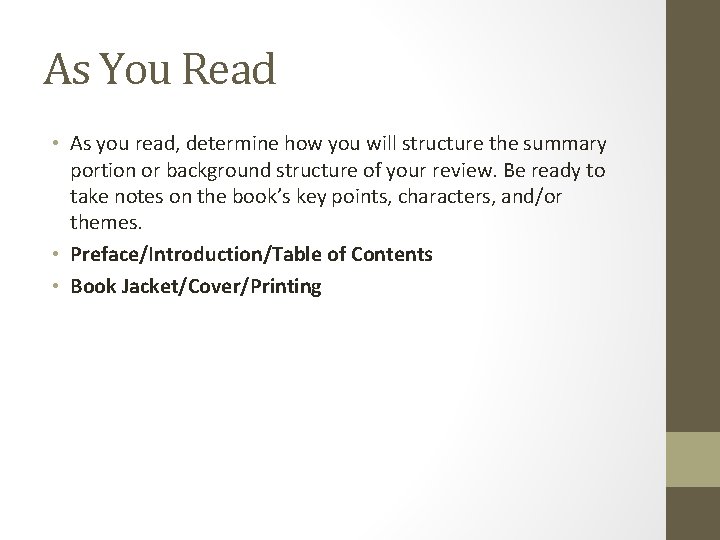 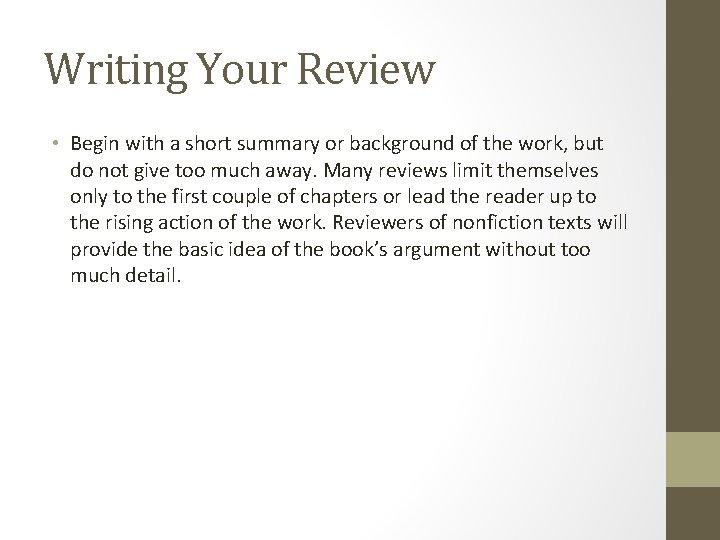 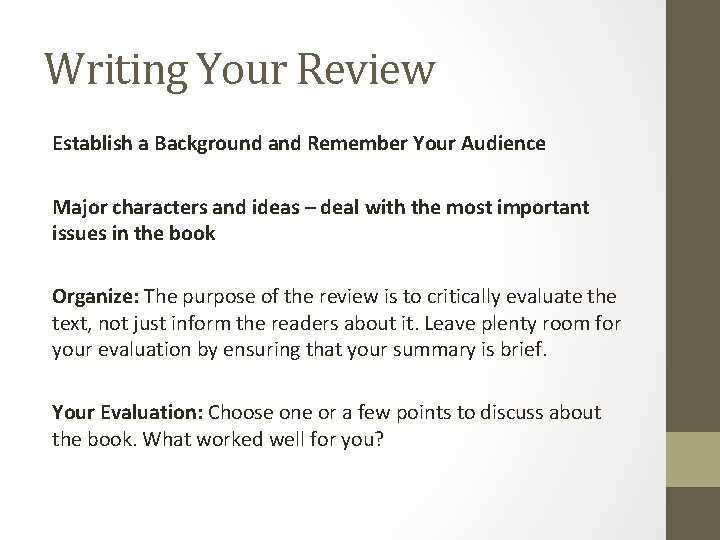 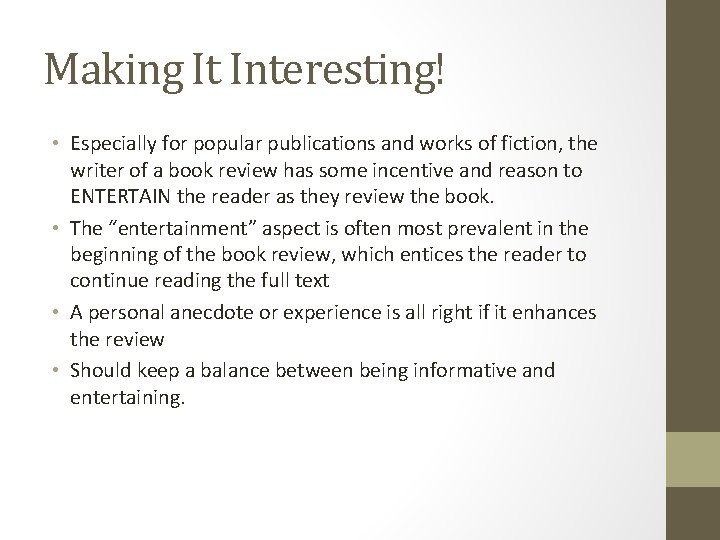 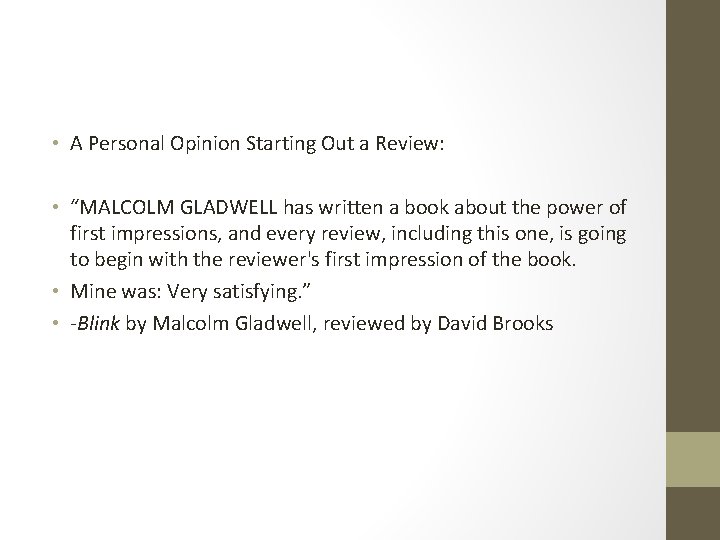 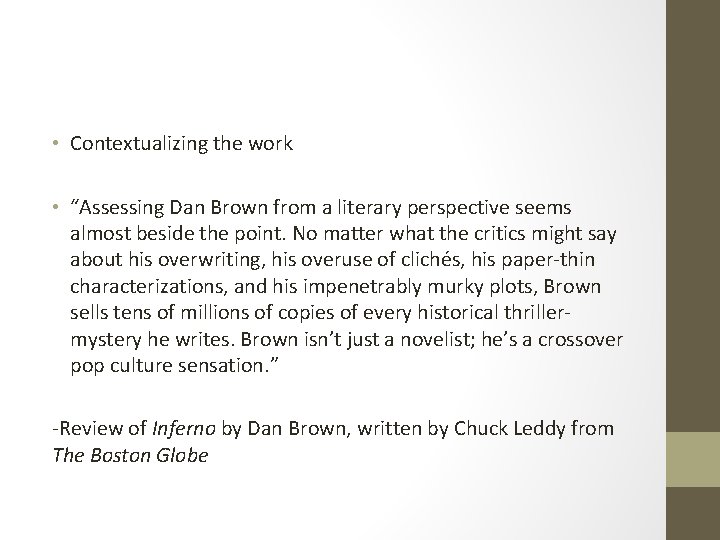 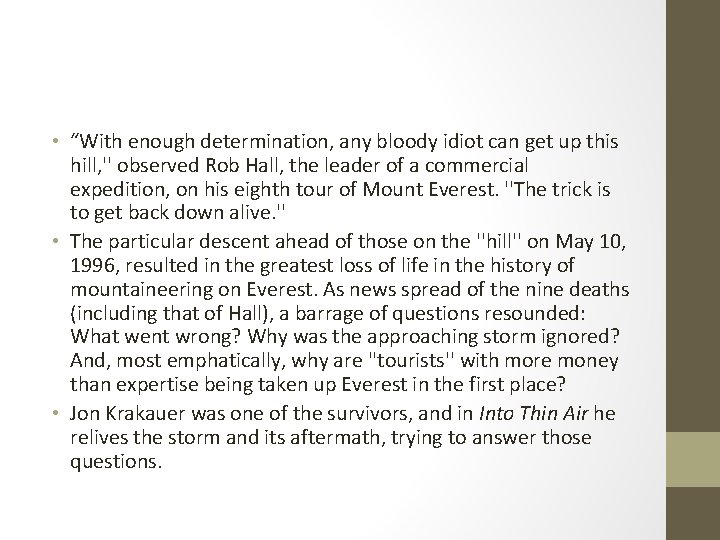 Book Review vs. Book Report • Readers sometimes confuse book reviews with book reports, but the two are not identical. Book reports commonly describe what happens in a work; their focus is primarily on giving an account of the major plot, characters, and/or main idea of the work. (Most often, book reports are a K-12 assignment and range from 250 to 500 words). • By contrast, book reviews are most often a college assignment, but they also appear in many professional works: magazines, newspapers, and academic journals. They typically range from 500 -750 words, but may be longer or shorter. A book review gives readers an idea of what a book is like, whether or not the reviewer enjoyed it, and details on purchasing the book.

As You Read • As you read, determine how you will structure the summary portion or background structure of your review. Be ready to take notes on the book’s key points, characters, and/or themes. • Preface/Introduction/Table of Contents • Book Jacket/Cover/Printing

Writing Your Review • Begin with a short summary or background of the work, but do not give too much away. Many reviews limit themselves only to the first couple of chapters or lead the reader up to the rising action of the work. Reviewers of nonfiction texts will provide the basic idea of the book’s argument without too much detail.

Writing Your Review Establish a Background and Remember Your Audience Major characters and ideas – deal with the most important issues in the book Organize: The purpose of the review is to critically evaluate the text, not just inform the readers about it. Leave plenty room for your evaluation by ensuring that your summary is brief. Your Evaluation: Choose one or a few points to discuss about the book. What worked well for you?

Making It Interesting! • Especially for popular publications and works of fiction, the writer of a book review has some incentive and reason to ENTERTAIN the reader as they review the book. • The “entertainment” aspect is often most prevalent in the beginning of the book review, which entices the reader to continue reading the full text • A personal anecdote or experience is all right if it enhances the review • Should keep a balance between being informative and entertaining.

• A Personal Opinion Starting Out a Review: • “MALCOLM GLADWELL has written a book about the power of first impressions, and every review, including this one, is going to begin with the reviewer's first impression of the book. • Mine was: Very satisfying. ” • -Blink by Malcolm Gladwell, reviewed by David Brooks

• Contextualizing the work • “Assessing Dan Brown from a literary perspective seems almost beside the point. No matter what the critics might say about his overwriting, his overuse of clichés, his paper-thin characterizations, and his impenetrably murky plots, Brown sells tens of millions of copies of every historical thrillermystery he writes. Brown isn’t just a novelist; he’s a crossover pop culture sensation. ” -Review of Inferno by Dan Brown, written by Chuck Leddy from The Boston Globe

• “With enough determination, any bloody idiot can get up this hill, '' observed Rob Hall, the leader of a commercial expedition, on his eighth tour of Mount Everest. ''The trick is to get back down alive. '' • The particular descent ahead of those on the ''hill'' on May 10, 1996, resulted in the greatest loss of life in the history of mountaineering on Everest. As news spread of the nine deaths (including that of Hall), a barrage of questions resounded: What went wrong? Why was the approaching storm ignored? And, most emphatically, why are ''tourists'' with more money than expertise being taken up Everest in the first place? • Jon Krakauer was one of the survivors, and in Into Thin Air he relives the storm and its aftermath, trying to answer those questions. 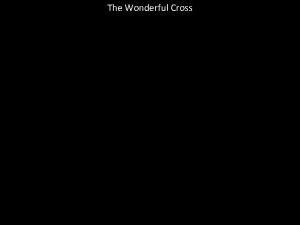 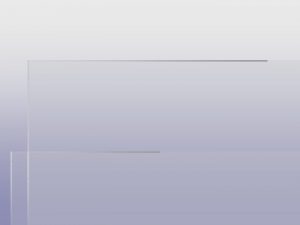 Wonderful so wonderful Is your unfailing love Your 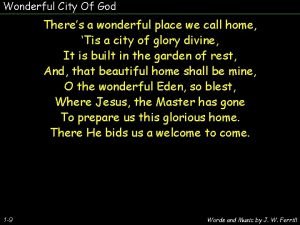 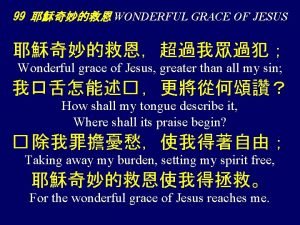 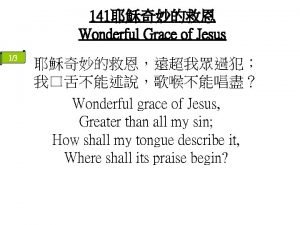 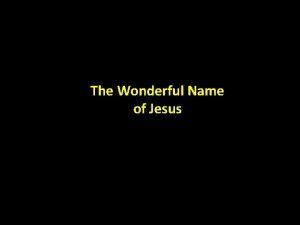 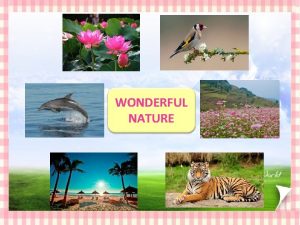 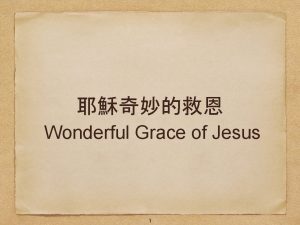