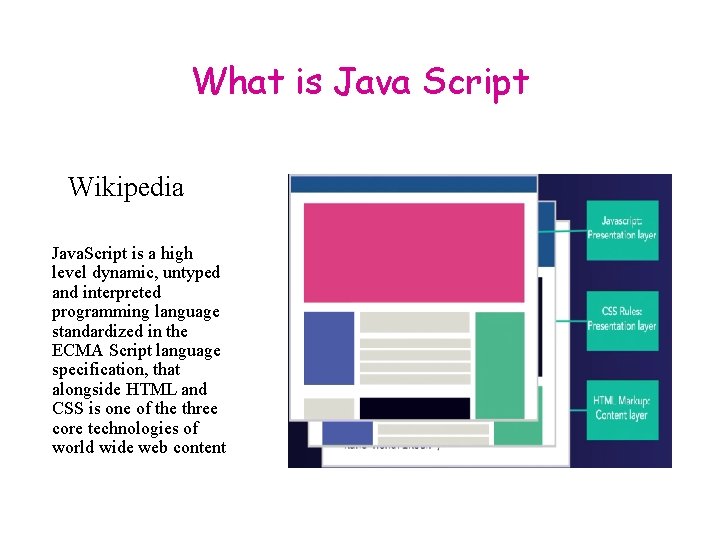 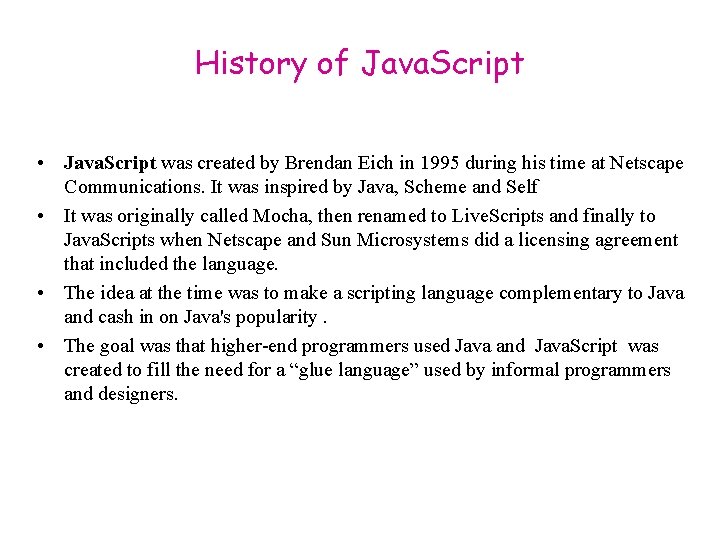 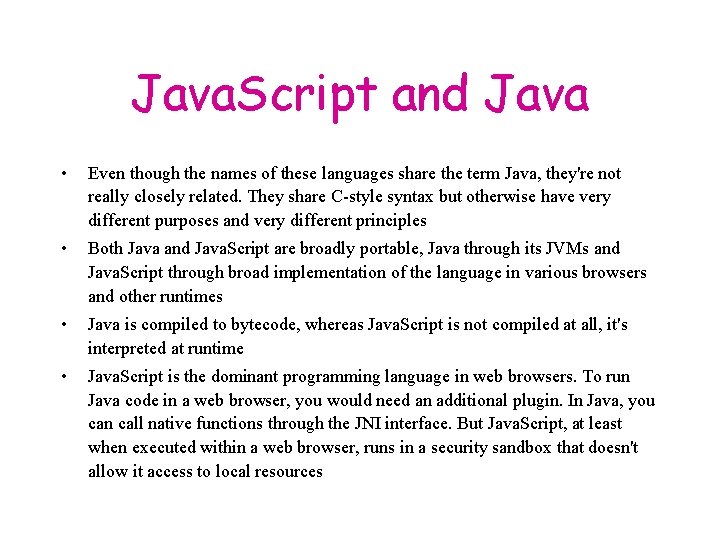 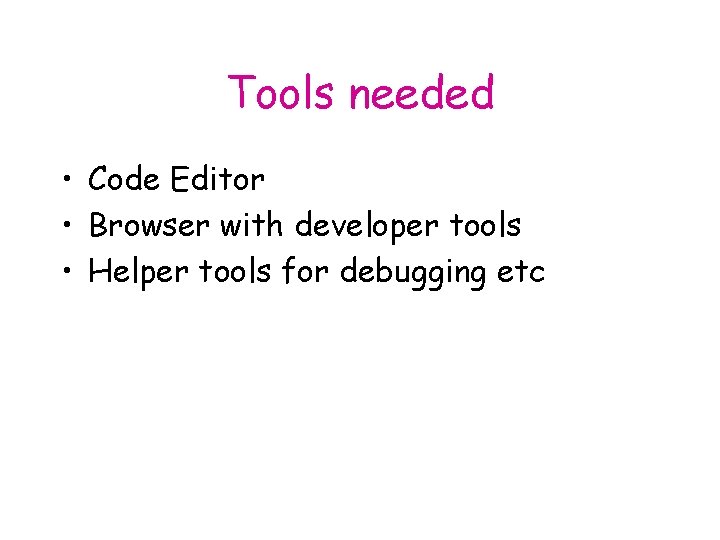 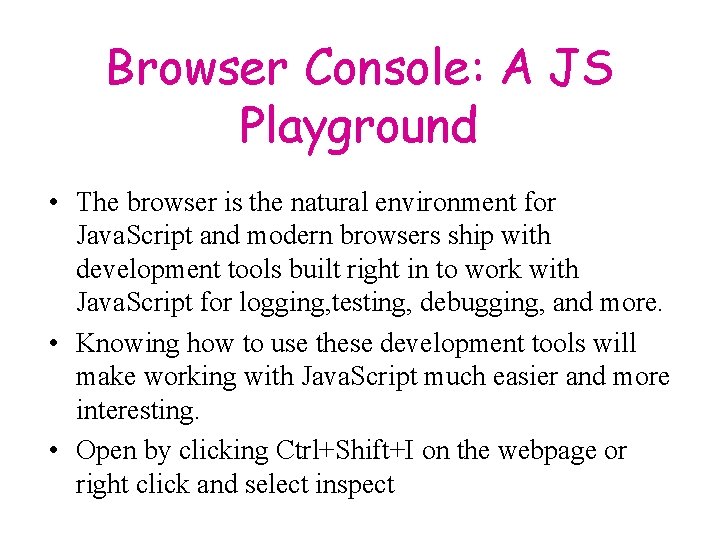 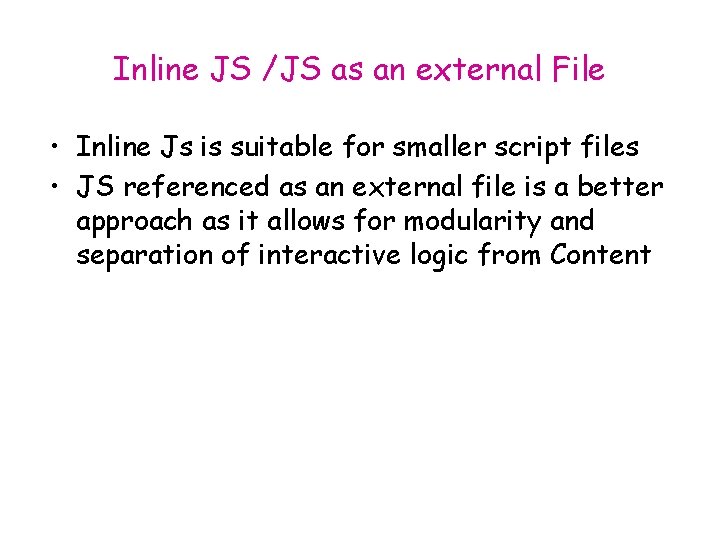 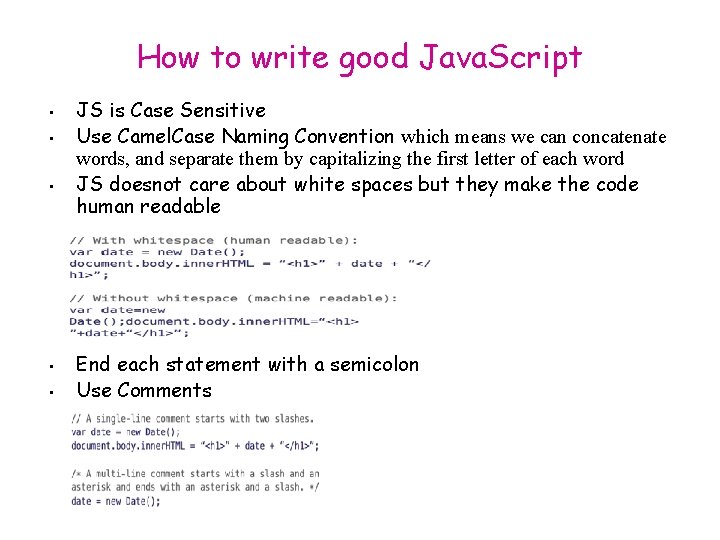 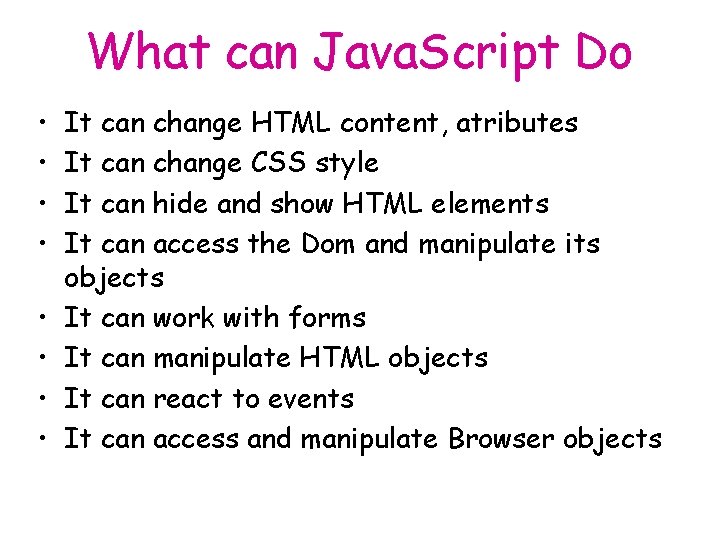 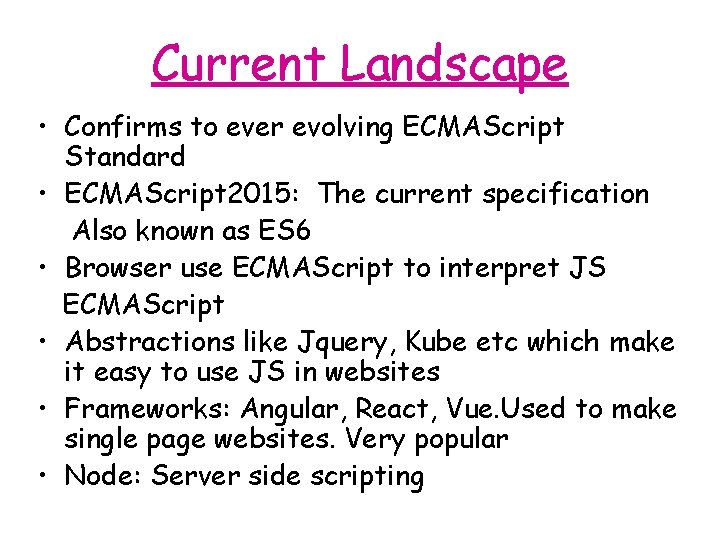 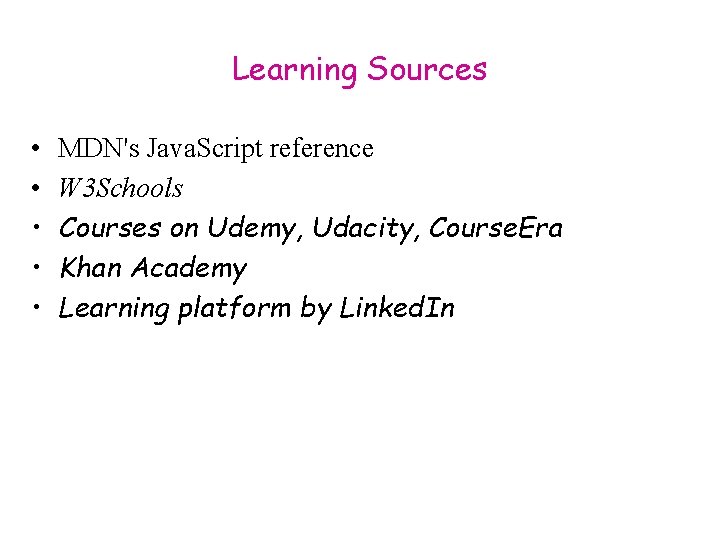 What is Java Script Wikipedia Java. Script is a high level dynamic, untyped and interpreted programming language standardized in the ECMA Script language specification, that alongside HTML and CSS is one of the three core technologies of world wide web content

History of Java. Script • Java. Script was created by Brendan Eich in 1995 during his time at Netscape Communications. It was inspired by Java, Scheme and Self • It was originally called Mocha, then renamed to Live. Scripts and finally to Java. Scripts when Netscape and Sun Microsystems did a licensing agreement that included the language. • The idea at the time was to make a scripting language complementary to Java and cash in on Java's popularity. • The goal was that higher-end programmers used Java and Java. Script was created to fill the need for a “glue language” used by informal programmers and designers.

Java. Script and Java • Even though the names of these languages share the term Java, they're not really closely related. They share C-style syntax but otherwise have very different purposes and very different principles • Both Java and Java. Script are broadly portable, Java through its JVMs and Java. Script through broad implementation of the language in various browsers and other runtimes • Java is compiled to bytecode, whereas Java. Script is not compiled at all, it's interpreted at runtime • Java. Script is the dominant programming language in web browsers. To run Java code in a web browser, you would need an additional plugin. In Java, you can call native functions through the JNI interface. But Java. Script, at least when executed within a web browser, runs in a security sandbox that doesn't allow it access to local resources

How to write good Java. Script • • • JS is Case Sensitive Use Camel. Case Naming Convention which means we can concatenate words, and separate them by capitalizing the first letter of each word JS doesnot care about white spaces but they make the code human readable End each statement with a semicolon Use Comments 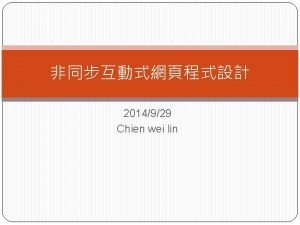 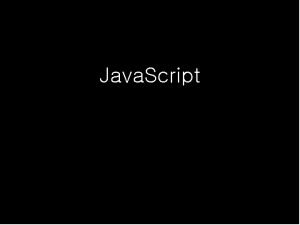 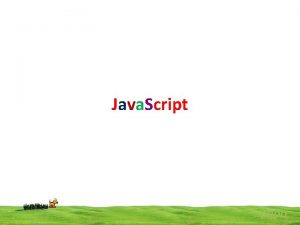 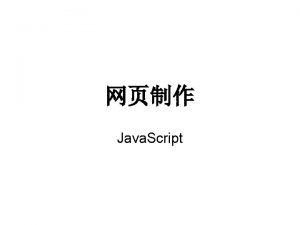 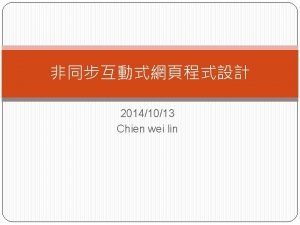 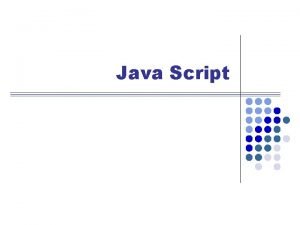 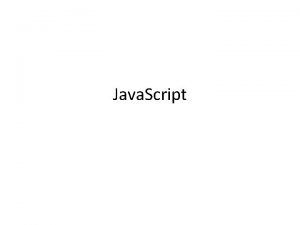 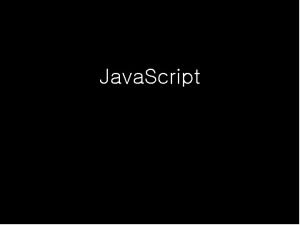 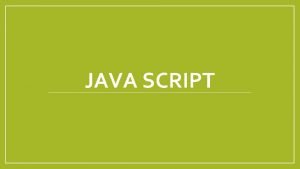