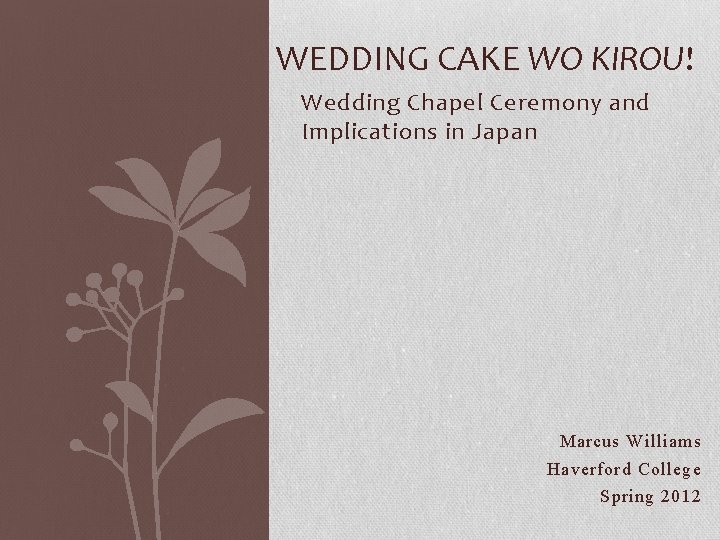 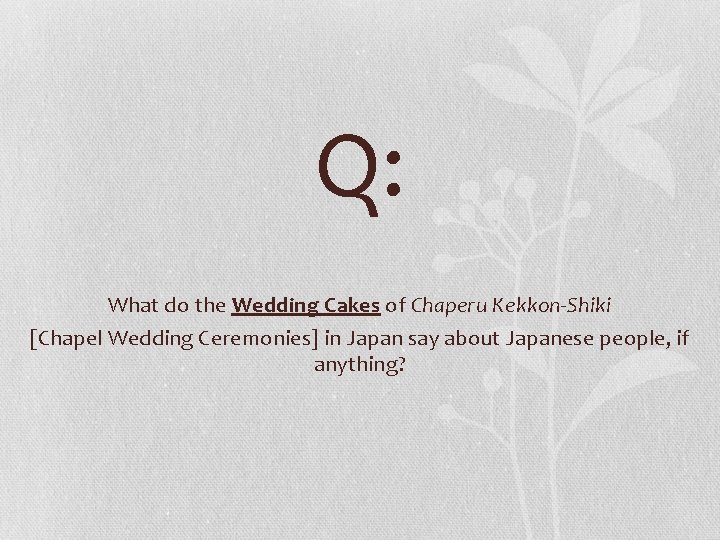 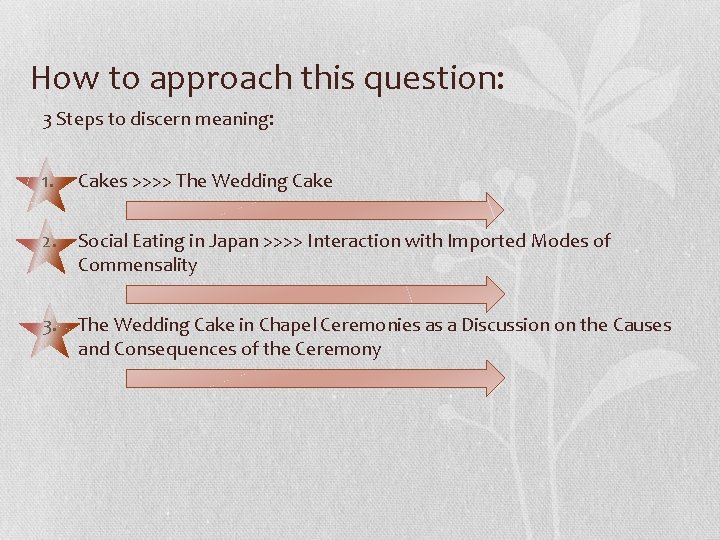 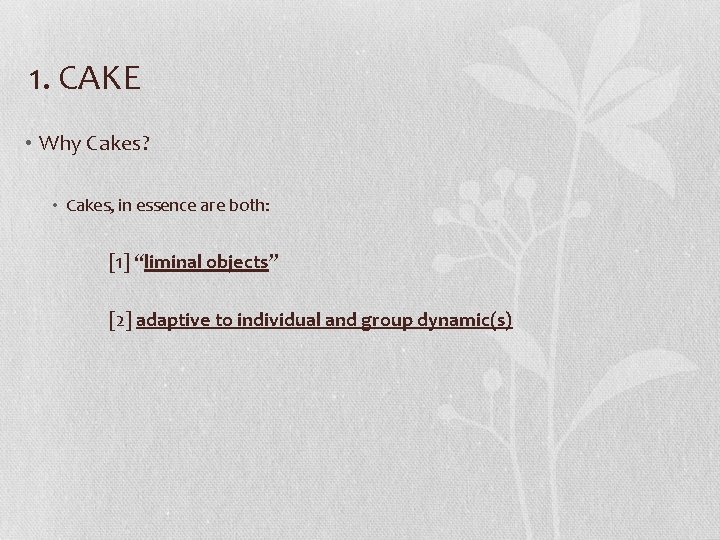 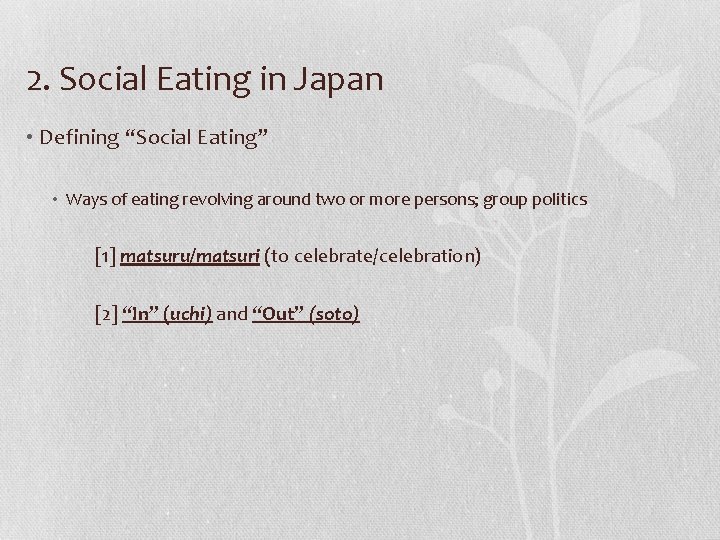 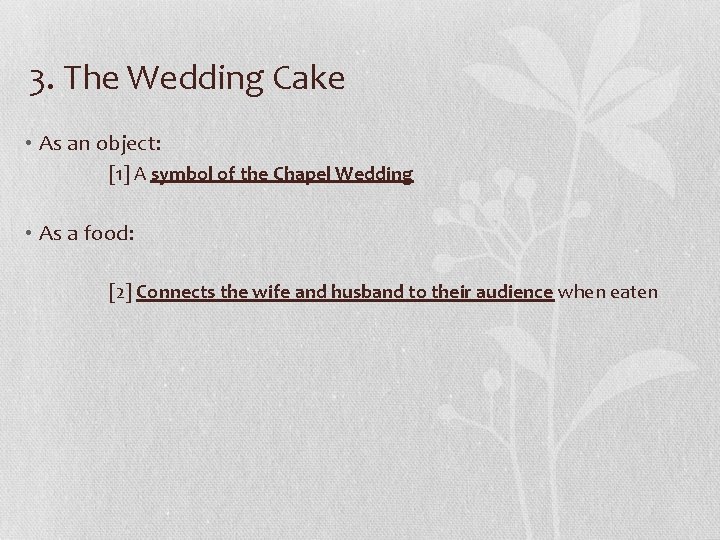 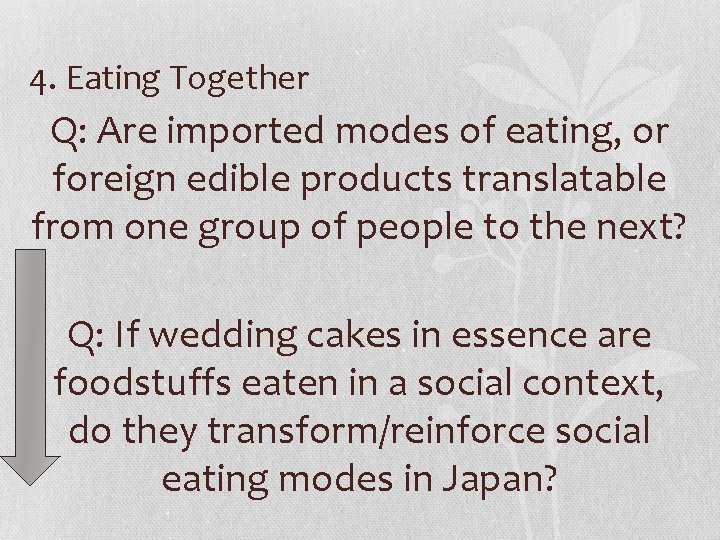 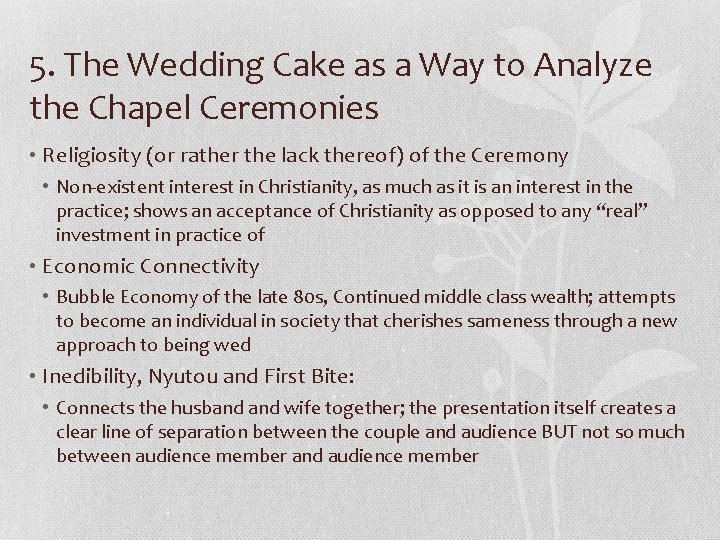 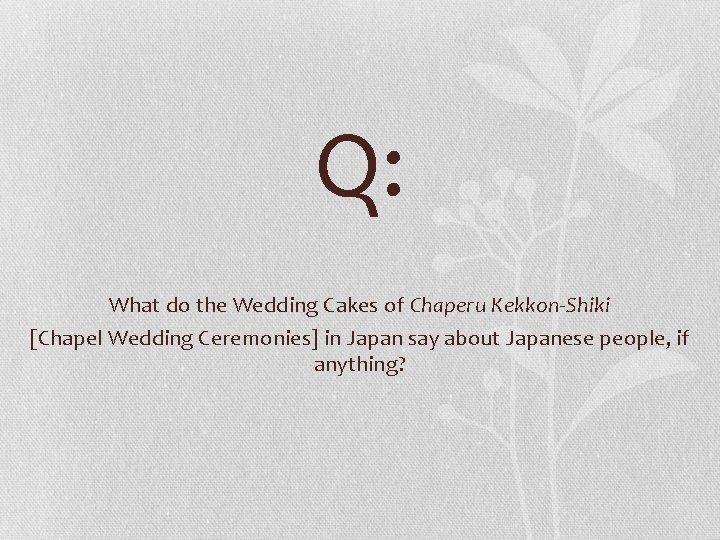 Q: What do the Wedding Cakes of Chaperu Kekkon-Shiki [Chapel Wedding Ceremonies] in Japan say about Japanese people, if anything?

How to approach this question: 3 Steps to discern meaning: 1. Cakes >>>> The Wedding Cake 2. Social Eating in Japan >>>> Interaction with Imported Modes of Commensality 3. The Wedding Cake in Chapel Ceremonies as a Discussion on the Causes and Consequences of the Ceremony

2. Social Eating in Japan • Defining “Social Eating” • Ways of eating revolving around two or more persons; group politics [1] matsuru/matsuri (to celebrate/celebration) [2] “In” (uchi) and “Out” (soto)

3. The Wedding Cake • As an object: [1] A symbol of the Chapel Wedding • As a food: [2] Connects the wife and husband to their audience when eaten

4. Eating Together Q: Are imported modes of eating, or foreign edible products translatable from one group of people to the next? Q: If wedding cakes in essence are foodstuffs eaten in a social context, do they transform/reinforce social eating modes in Japan?

5. The Wedding Cake as a Way to Analyze the Chapel Ceremonies • Religiosity (or rather the lack thereof) of the Ceremony • Non-existent interest in Christianity, as much as it is an interest in the practice; shows an acceptance of Christianity as opposed to any “real” investment in practice of • Economic Connectivity • Bubble Economy of the late 80 s, Continued middle class wealth; attempts to become an individual in society that cherishes sameness through a new approach to being wed • Inedibility, Nyutou and First Bite: • Connects the husband wife together; the presentation itself creates a clear line of separation between the couple and audience BUT not so much between audience member and audience member

Q: What do the Wedding Cakes of Chaperu Kekkon-Shiki [Chapel Wedding Ceremonies] in Japan say about Japanese people, if anything? 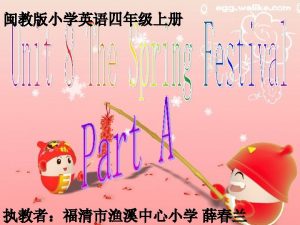 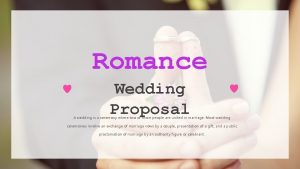 Romance Wedding Proposal A wedding is a ceremony 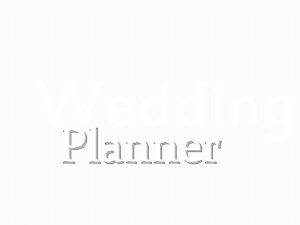 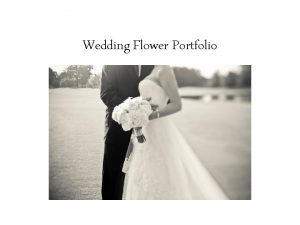 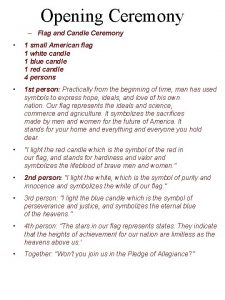 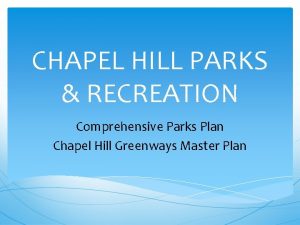 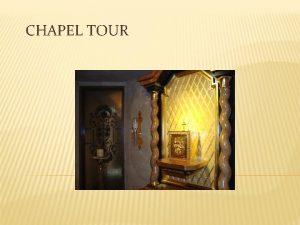 CHAPEL TOUR The school CHAPEL is where we 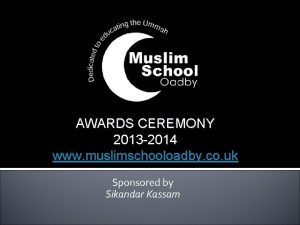