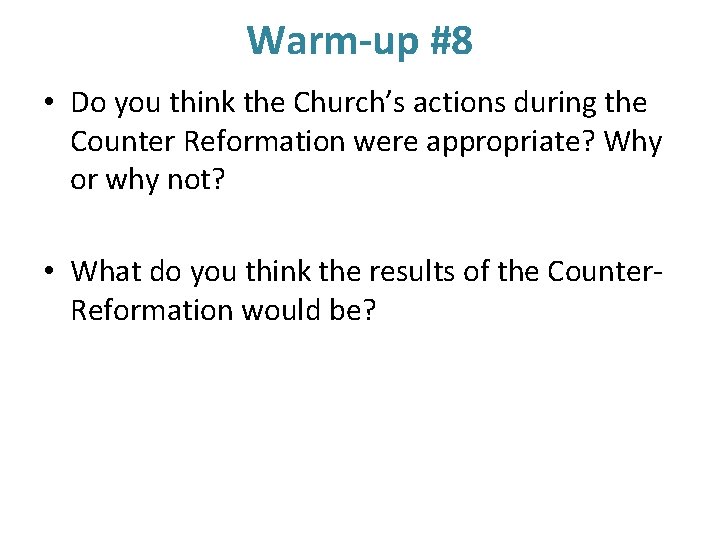 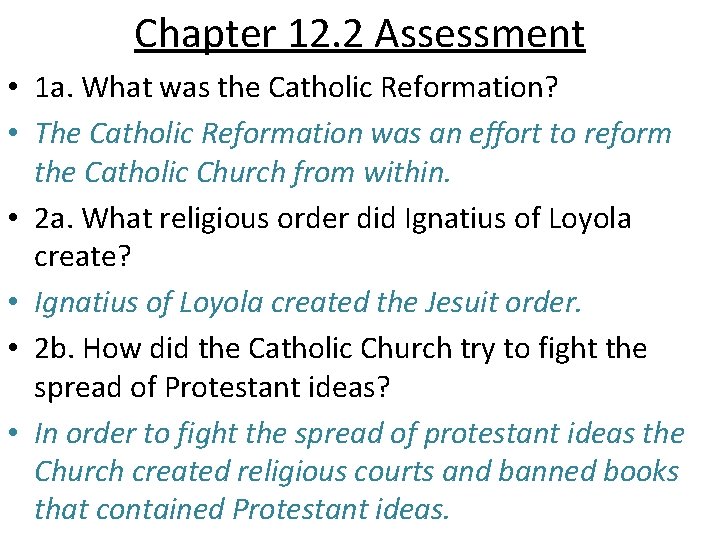 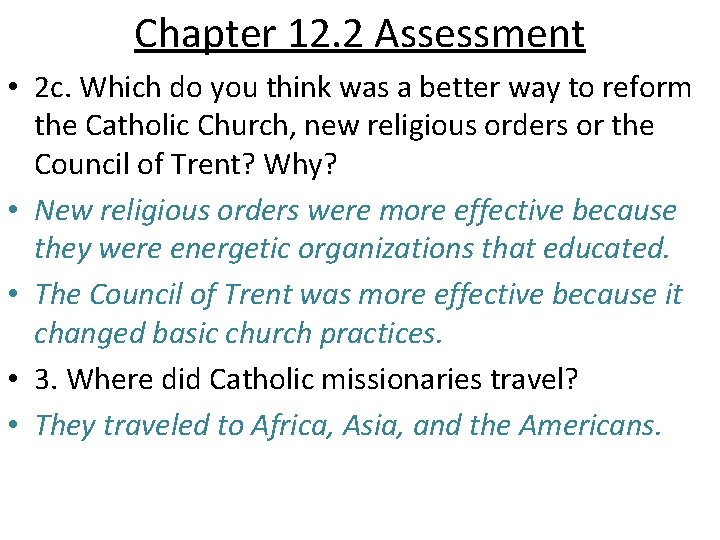 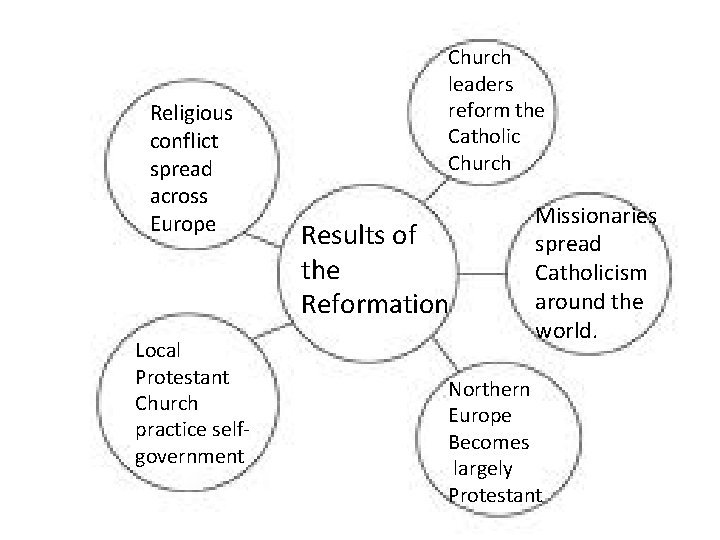 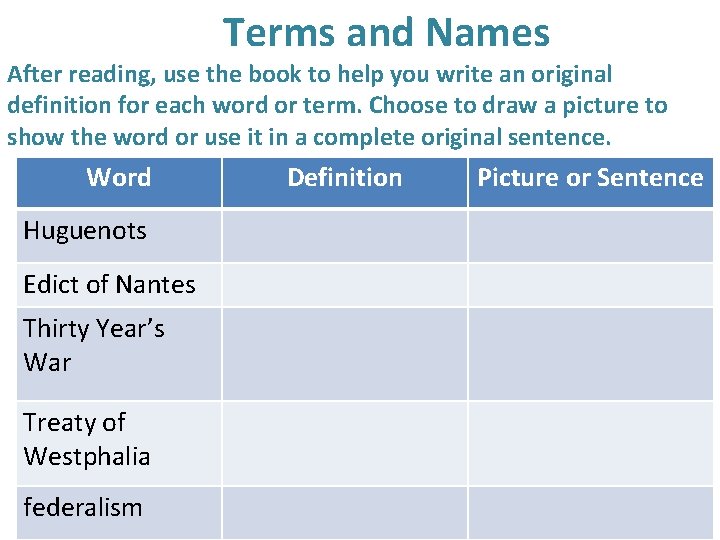 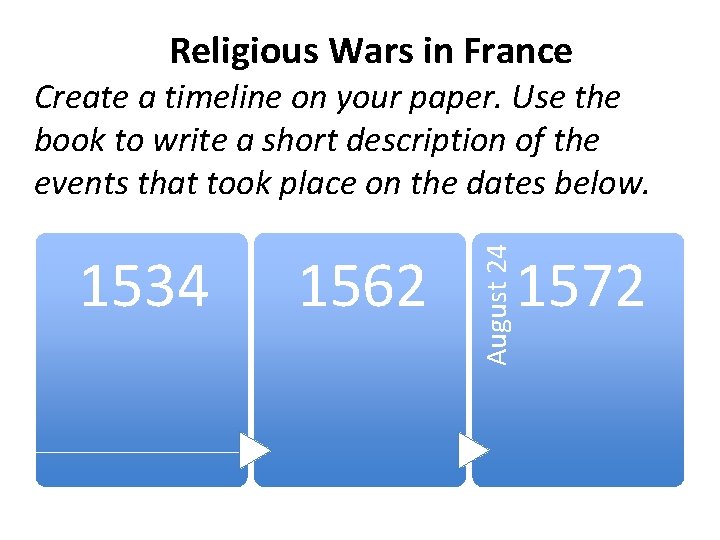 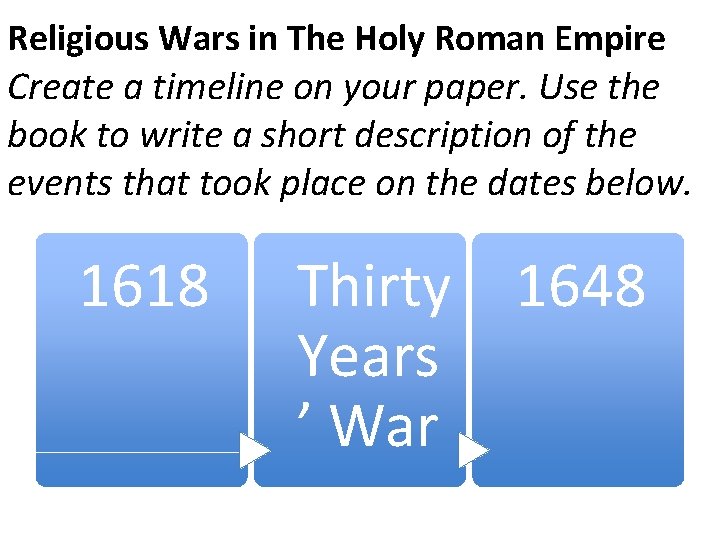 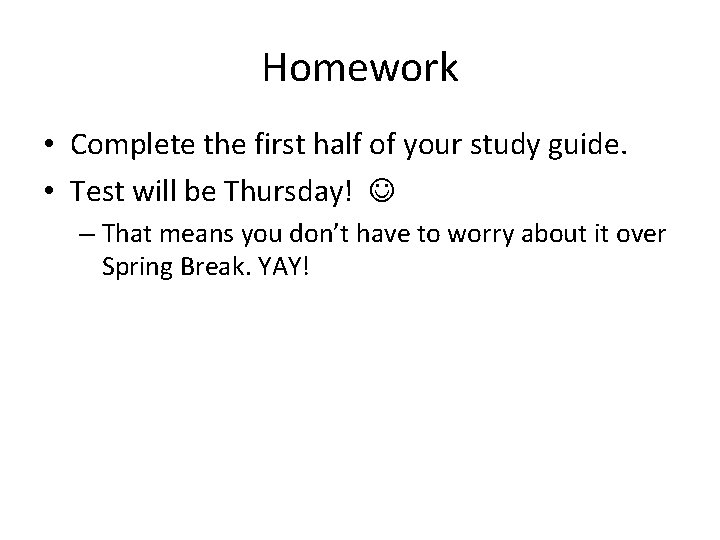 Chapter 12. 2 Assessment • 2 c. Which do you think was a better way to reform the Catholic Church, new religious orders or the Council of Trent? Why? • New religious orders were more effective because they were energetic organizations that educated. • The Council of Trent was more effective because it changed basic church practices. • 3. Where did Catholic missionaries travel? • They traveled to Africa, Asia, and the Americans.

Terms and Names After reading, use the book to help you write an original definition for each word or term. Choose to draw a picture to show the word or use it in a complete original sentence. Word Huguenots Edict of Nantes Thirty Year’s War Treaty of Westphalia federalism Definition Picture or Sentence

Religious Wars in France 1534 1562 August 24 Create a timeline on your paper. Use the book to write a short description of the events that took place on the dates below. 1572

Religious Wars in The Holy Roman Empire Create a timeline on your paper. Use the book to write a short description of the events that took place on the dates below. 1618 Thirty 1648 Years ’ War

Homework • Complete the first half of your study guide. • Test will be Thursday! – That means you don’t have to worry about it over Spring Break. YAY! 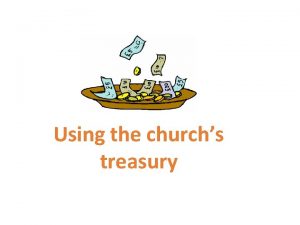 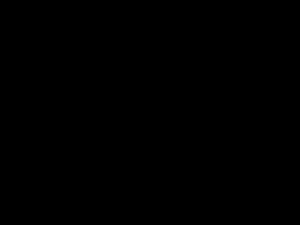 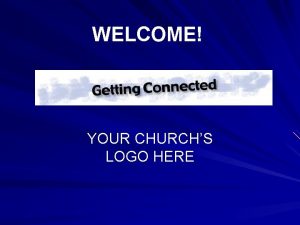 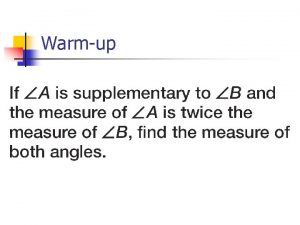 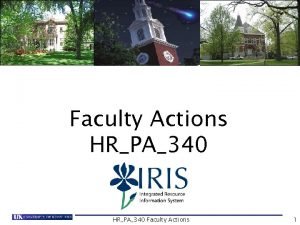 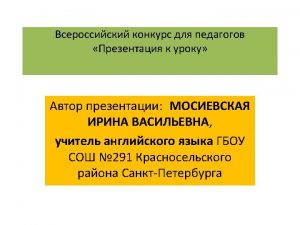 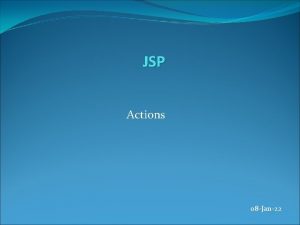