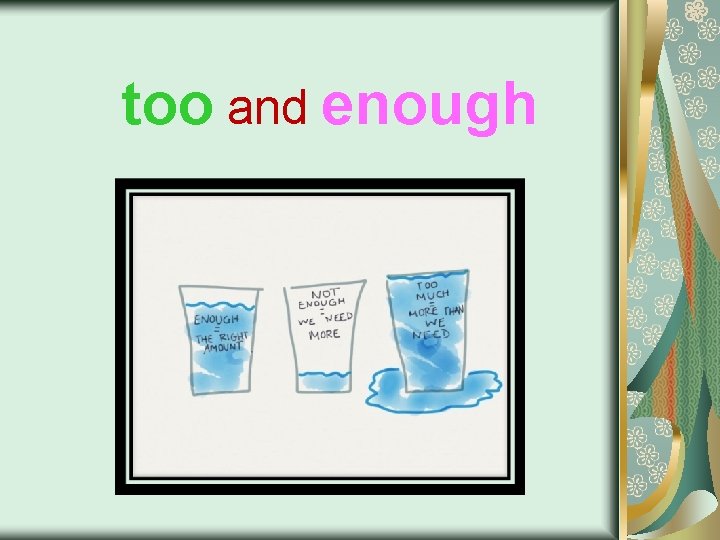 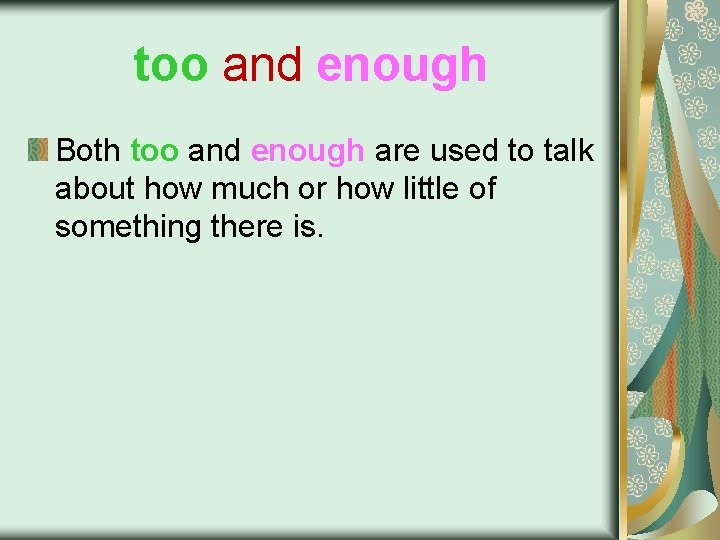 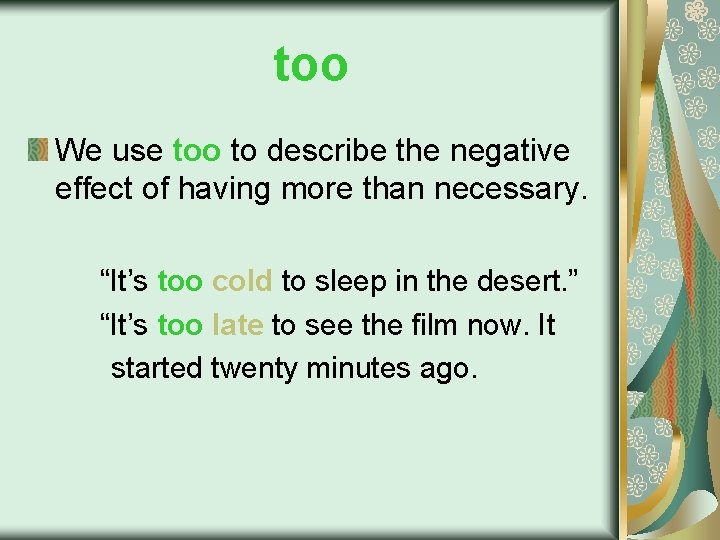 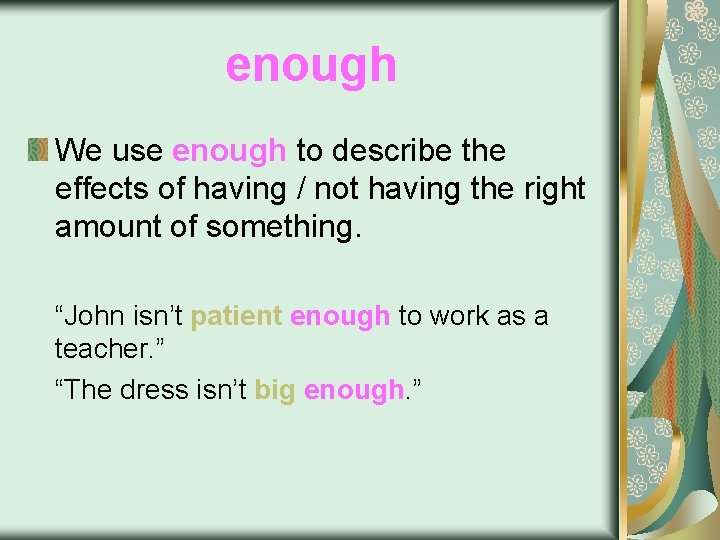 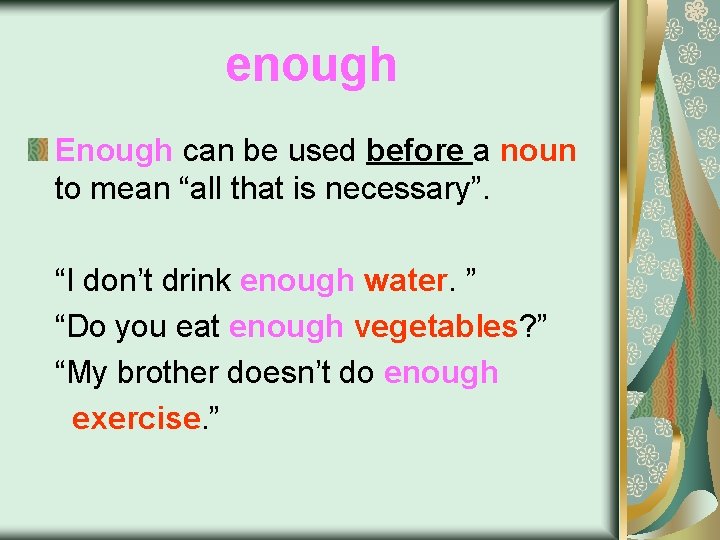 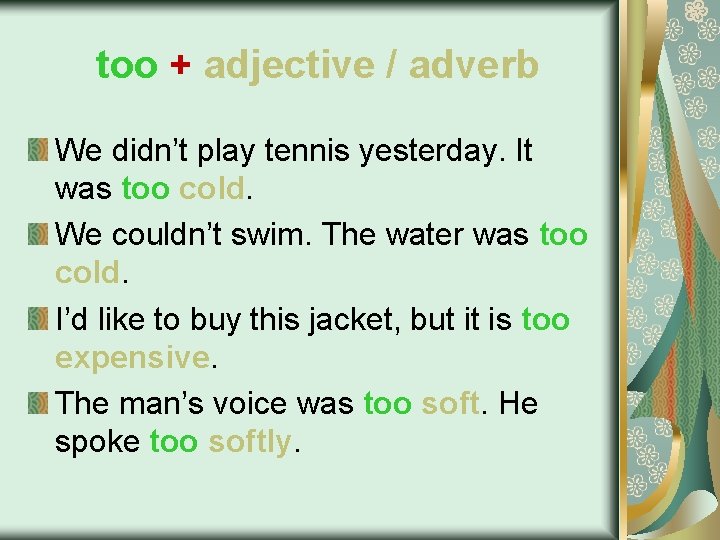 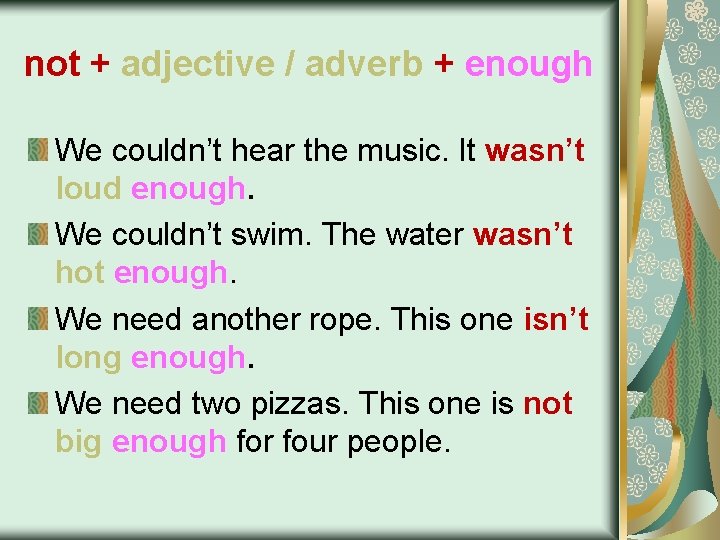 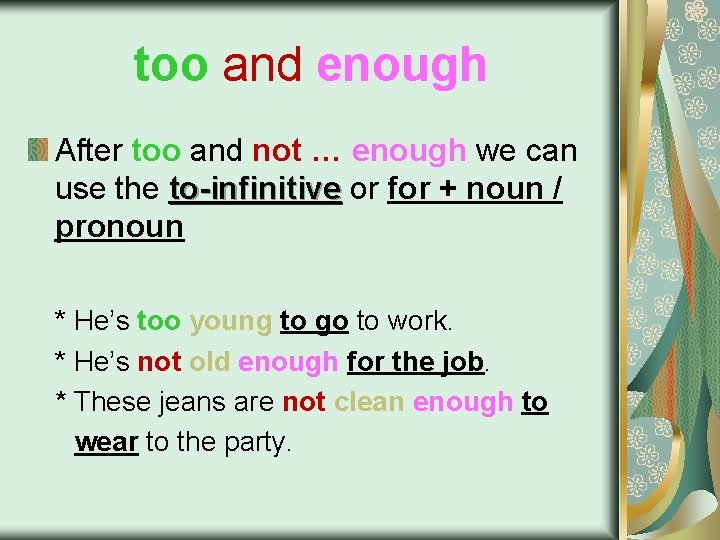 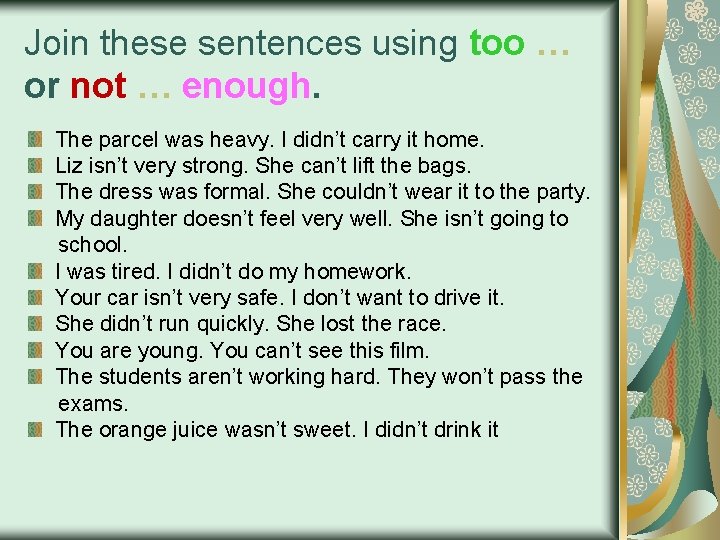 too We use too to describe the negative effect of having more than necessary. “It’s too cold to sleep in the desert. ” “It’s too late to see the film now. It started twenty minutes ago.

enough We use enough to describe the effects of having / not having the right amount of something. “John isn’t patient enough to work as a teacher. ” “The dress isn’t big enough. ”

enough Enough can be used before a noun to mean “all that is necessary”. “I don’t drink enough water. ” “Do you eat enough vegetables? ” “My brother doesn’t do enough exercise. ”

too + adjective / adverb We didn’t play tennis yesterday. It was too cold. We couldn’t swim. The water was too cold. I’d like to buy this jacket, but it is too expensive. The man’s voice was too soft. He spoke too softly.

too and enough After too and not … enough we can use the to-infinitive or for + noun / pronoun * He’s too young to go to work. * He’s not old enough for the job. * These jeans are not clean enough to wear to the party.

Join these sentences using too … or not … enough. The parcel was heavy. I didn’t carry it home. Liz isn’t very strong. She can’t lift the bags. The dress was formal. She couldn’t wear it to the party. My daughter doesn’t feel very well. She isn’t going to school. I was tired. I didn’t do my homework. Your car isn’t very safe. I don’t want to drive it. She didn’t run quickly. She lost the race. You are young. You can’t see this film. The students aren’t working hard. They won’t pass the exams. The orange juice wasn’t sweet. I didn’t drink it 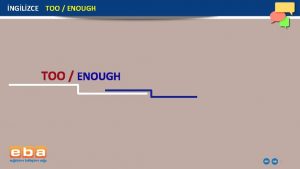 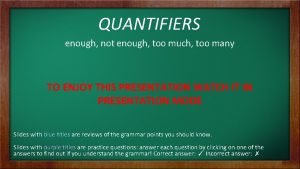 QUANTIFIERS enough not enough too much too many 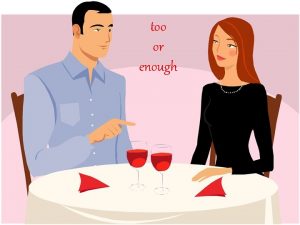 too or enough Enough goes after adjectives and 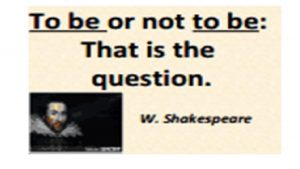 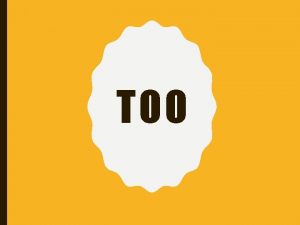 TOO TOO ADJECTIVE TOO can be followed by 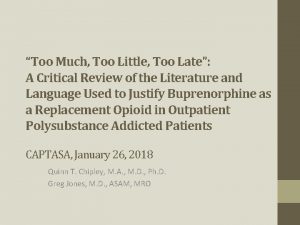 Too Much Too Little Too Late A Critical 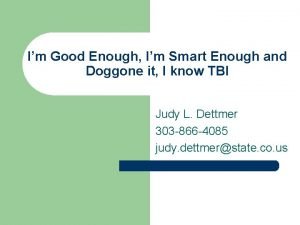 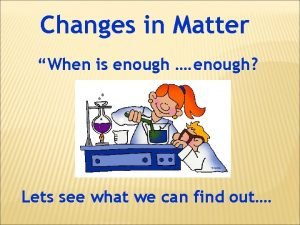 Changes in Matter When is enough enough Lets