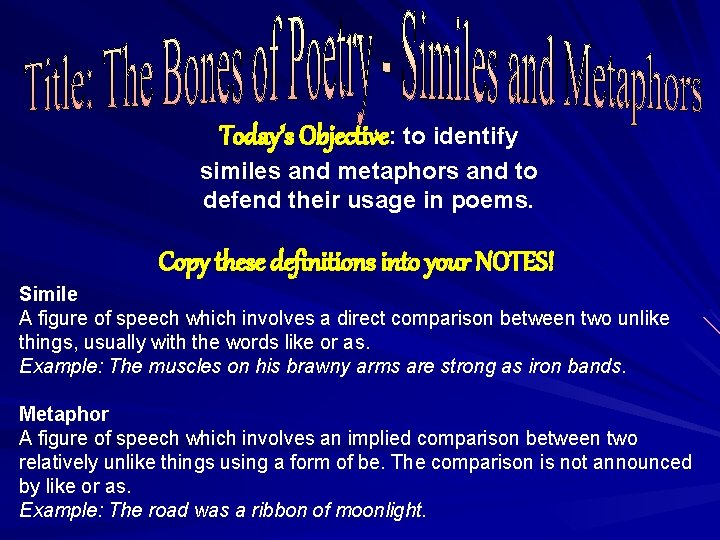 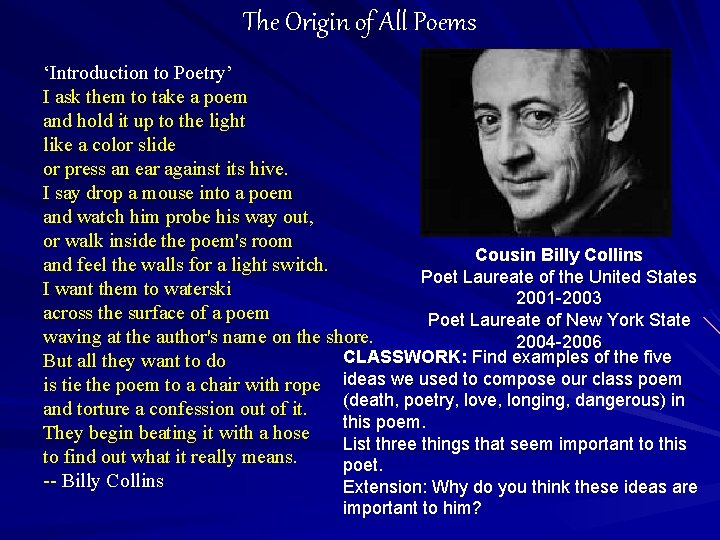 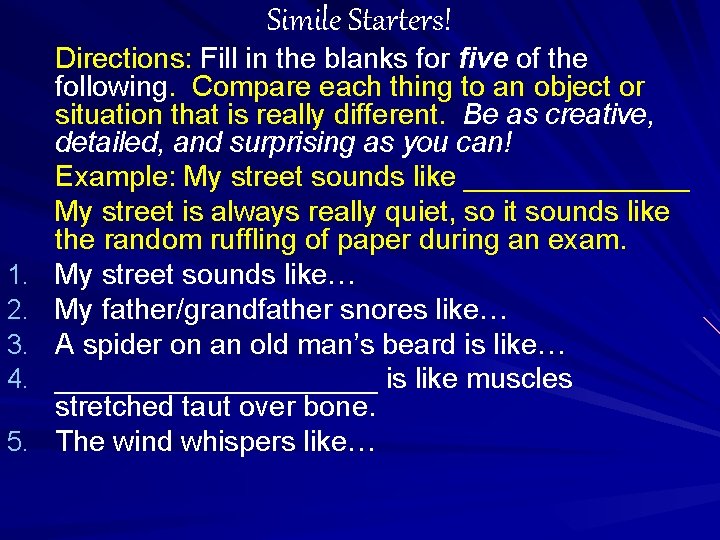 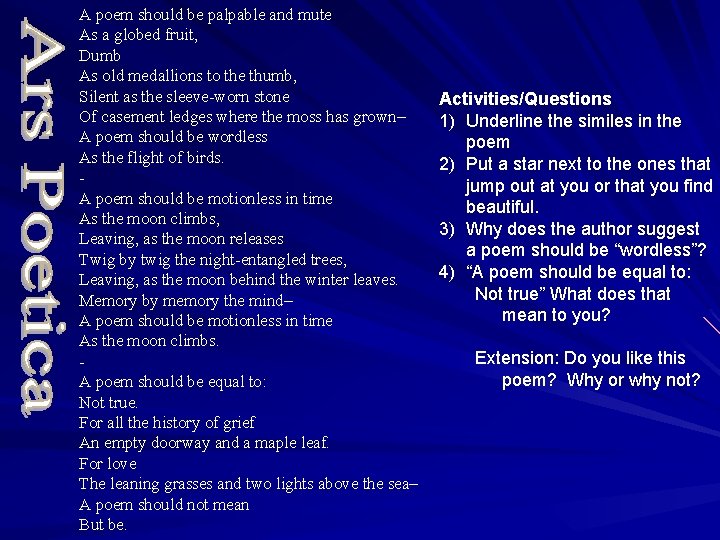 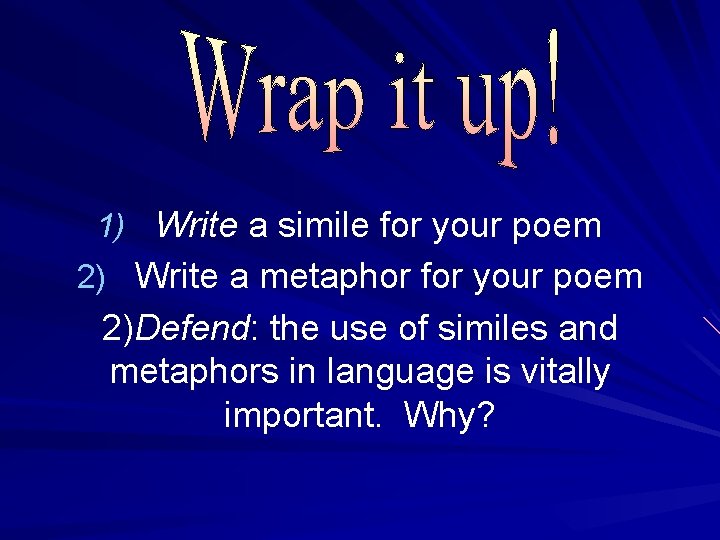 Today’s Objective: to identify similes and metaphors and to defend their usage in poems. Copy these definitions into your NOTES! Simile A figure of speech which involves a direct comparison between two unlike things, usually with the words like or as. Example: The muscles on his brawny arms are strong as iron bands. Metaphor A figure of speech which involves an implied comparison between two relatively unlike things using a form of be. The comparison is not announced by like or as. Example: The road was a ribbon of moonlight.

The Origin of All Poems ‘Introduction to Poetry’ I ask them to take a poem and hold it up to the light like a color slide or press an ear against its hive. I say drop a mouse into a poem and watch him probe his way out, or walk inside the poem's room Cousin Billy Collins and feel the walls for a light switch. Poet Laureate of the United States I want them to waterski 2001 -2003 across the surface of a poem Poet Laureate of New York State waving at the author's name on the shore. 2004 -2006 CLASSWORK: Find examples of the five But all they want to do is tie the poem to a chair with rope ideas we used to compose our class poem (death, poetry, love, longing, dangerous) in and torture a confession out of it. this poem. They begin beating it with a hose List three things that seem important to this to find out what it really means. poet. -- Billy Collins Extension: Why do you think these ideas are important to him?

Simile Starters! 1. 2. 3. 4. 5. Directions: Fill in the blanks for five of the following. Compare each thing to an object or situation that is really different. Be as creative, detailed, and surprising as you can! Example: My street sounds like _______ My street is always really quiet, so it sounds like the random ruffling of paper during an exam. My street sounds like… My father/grandfather snores like… A spider on an old man’s beard is like… __________ is like muscles stretched taut over bone. The wind whispers like… 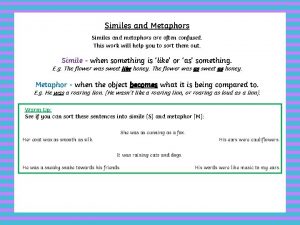 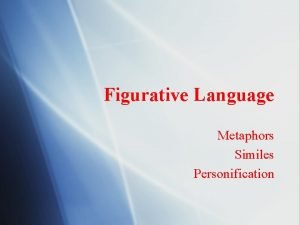 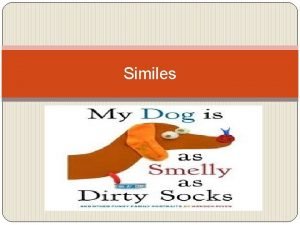 Similes What are similes Similes are a way 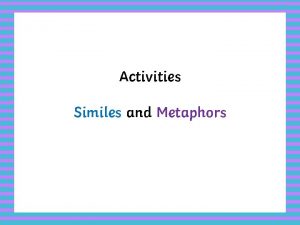