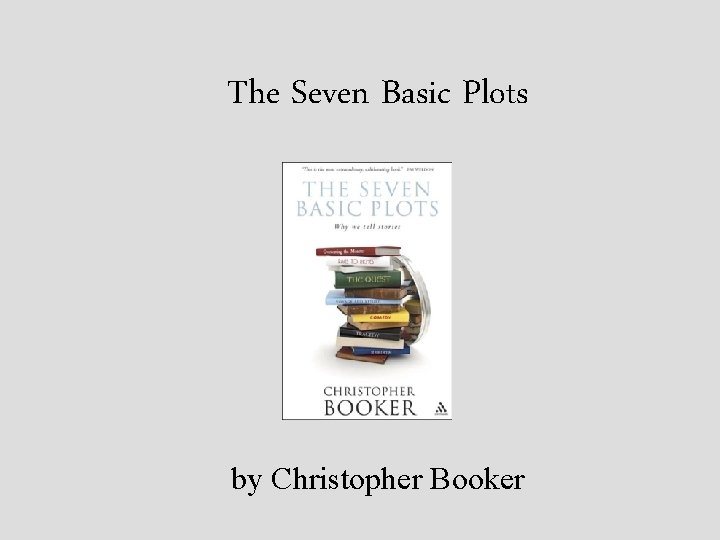 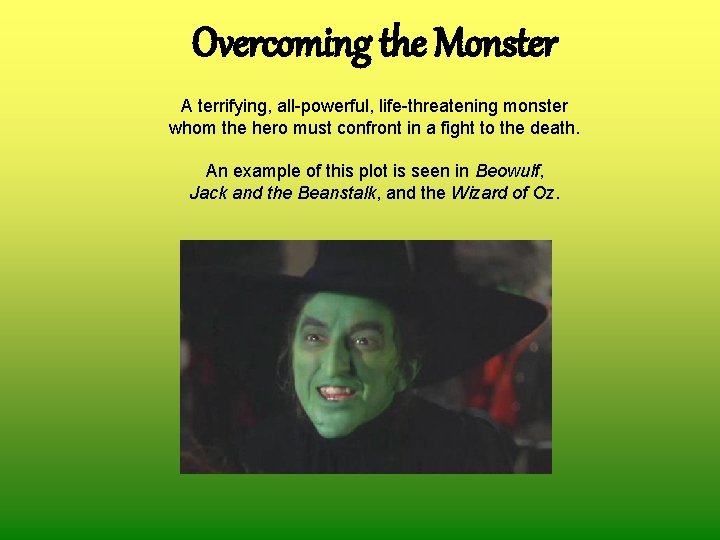 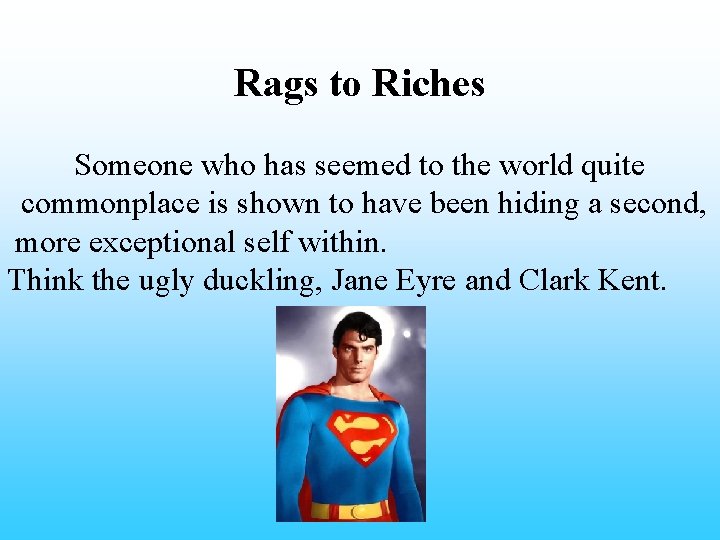 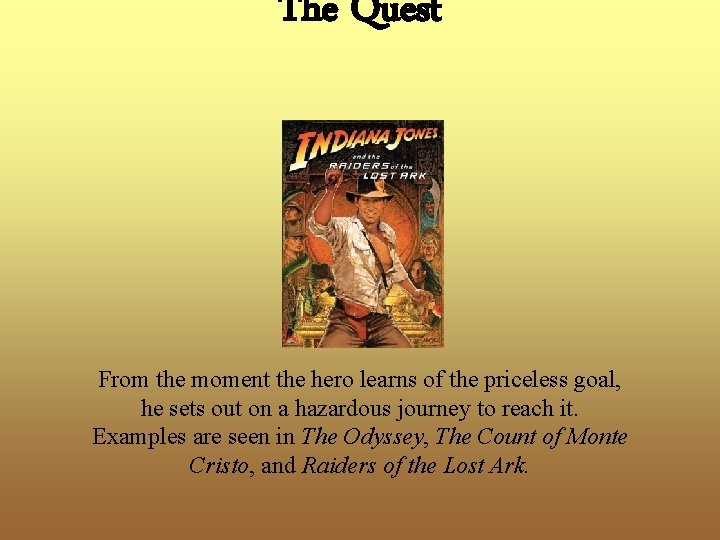 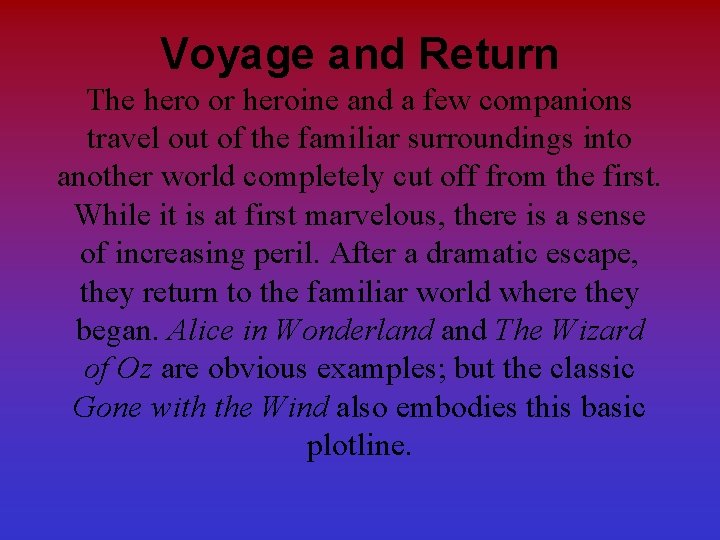 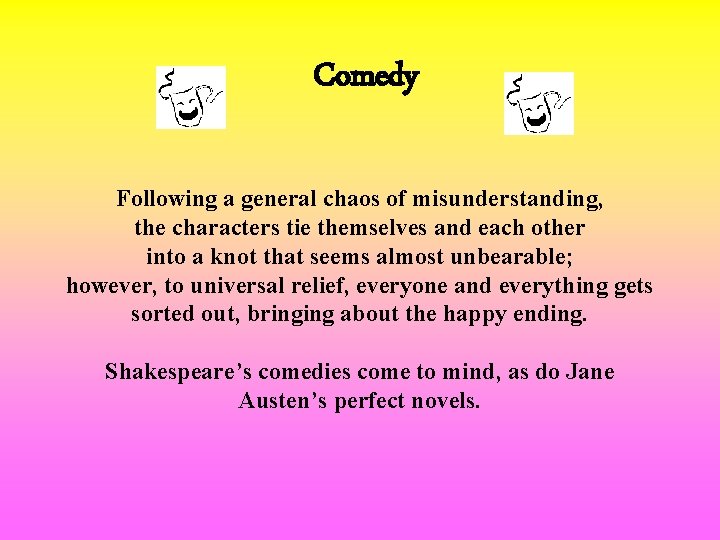 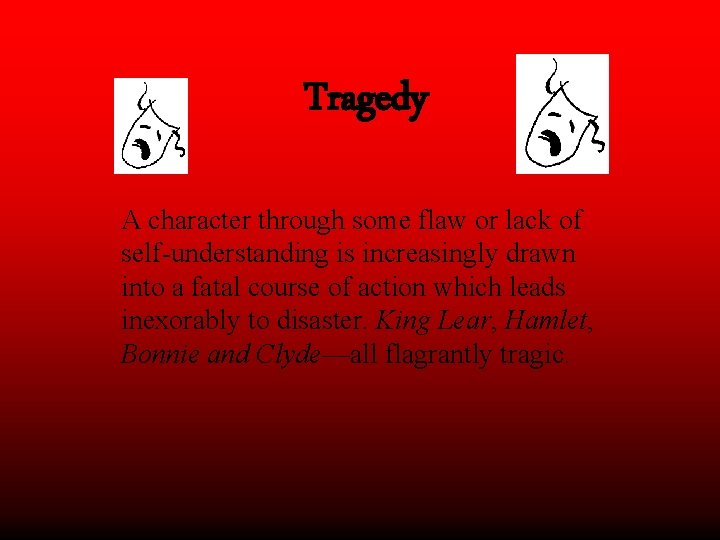 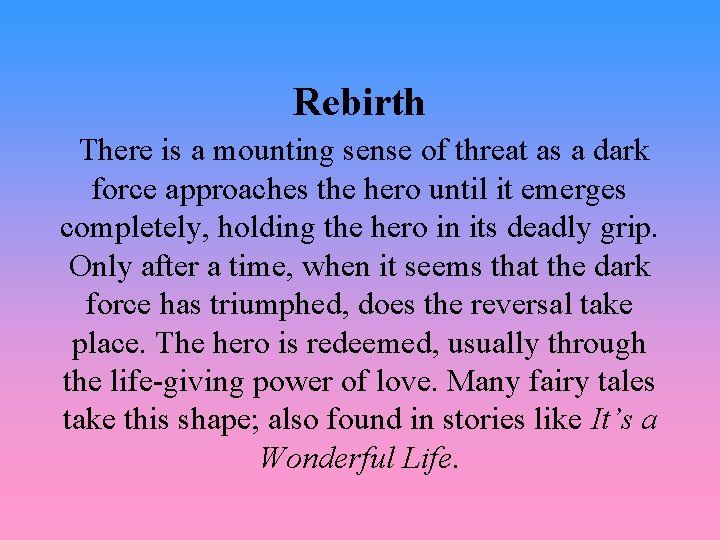 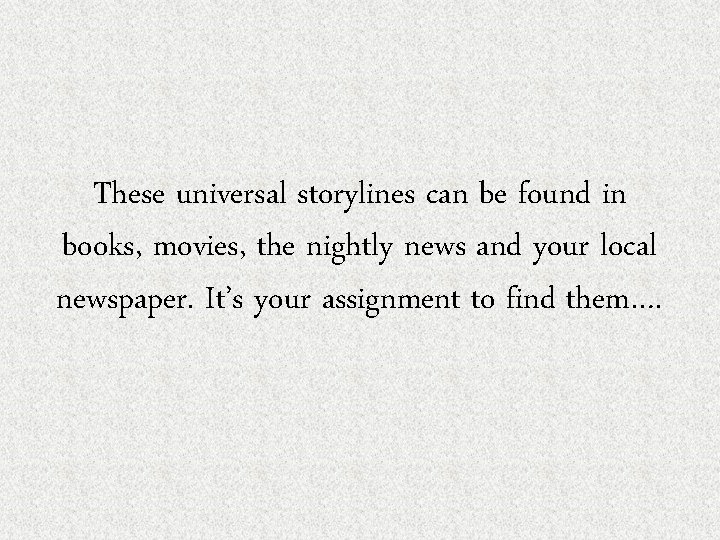 Overcoming the Monster A terrifying, all-powerful, life-threatening monster whom the hero must confront in a fight to the death. An example of this plot is seen in Beowulf, Jack and the Beanstalk, and the Wizard of Oz.

Rags to Riches Someone who has seemed to the world quite commonplace is shown to have been hiding a second, more exceptional self within. Think the ugly duckling, Jane Eyre and Clark Kent.

The Quest From the moment the hero learns of the priceless goal, he sets out on a hazardous journey to reach it. Examples are seen in The Odyssey, The Count of Monte Cristo, and Raiders of the Lost Ark.

Voyage and Return The hero or heroine and a few companions travel out of the familiar surroundings into another world completely cut off from the first. While it is at first marvelous, there is a sense of increasing peril. After a dramatic escape, they return to the familiar world where they began. Alice in Wonderland The Wizard of Oz are obvious examples; but the classic Gone with the Wind also embodies this basic plotline.

Comedy Following a general chaos of misunderstanding, the characters tie themselves and each other into a knot that seems almost unbearable; however, to universal relief, everyone and everything gets sorted out, bringing about the happy ending. Shakespeare’s comedies come to mind, as do Jane Austen’s perfect novels.

Tragedy A character through some flaw or lack of self-understanding is increasingly drawn into a fatal course of action which leads inexorably to disaster. King Lear, Hamlet, Bonnie and Clyde—all flagrantly tragic.

Rebirth There is a mounting sense of threat as a dark force approaches the hero until it emerges completely, holding the hero in its deadly grip. Only after a time, when it seems that the dark force has triumphed, does the reversal take place. The hero is redeemed, usually through the life-giving power of love. Many fairy tales take this shape; also found in stories like It’s a Wonderful Life.

These universal storylines can be found in books, movies, the nightly news and your local newspaper. It’s your assignment to find them…. 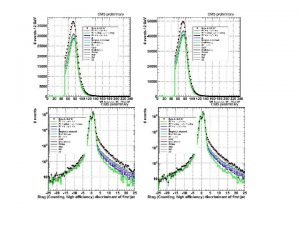 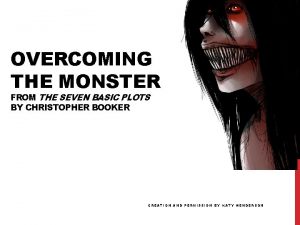 OVERCOMING THE MONSTER FROM THE SEVEN BASIC PLOTS 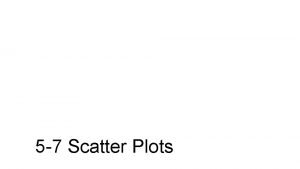 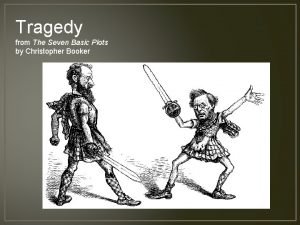 Tragedy from The Seven Basic Plots by Christopher 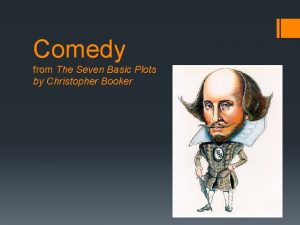 Comedy from The Seven Basic Plots by Christopher 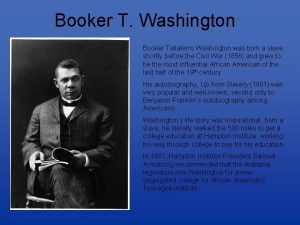 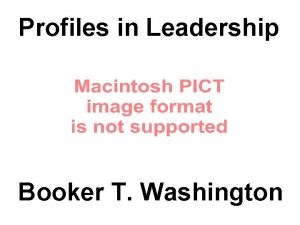 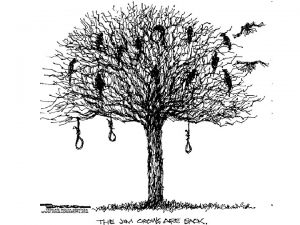 It seems to me said Booker T Booker