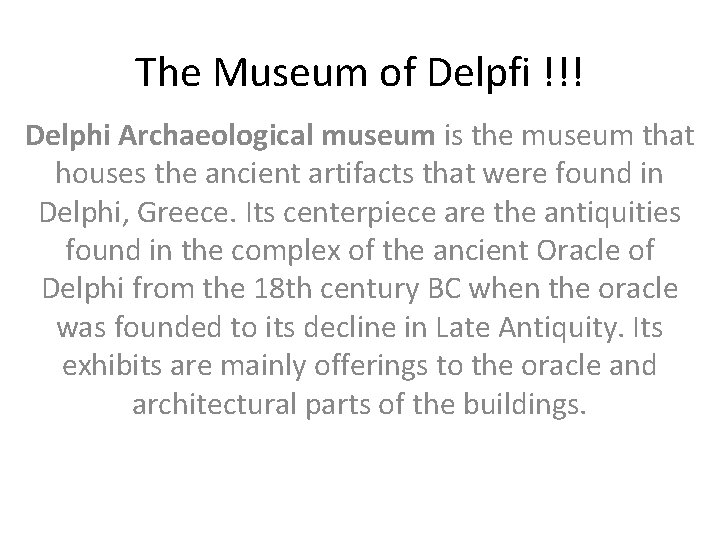 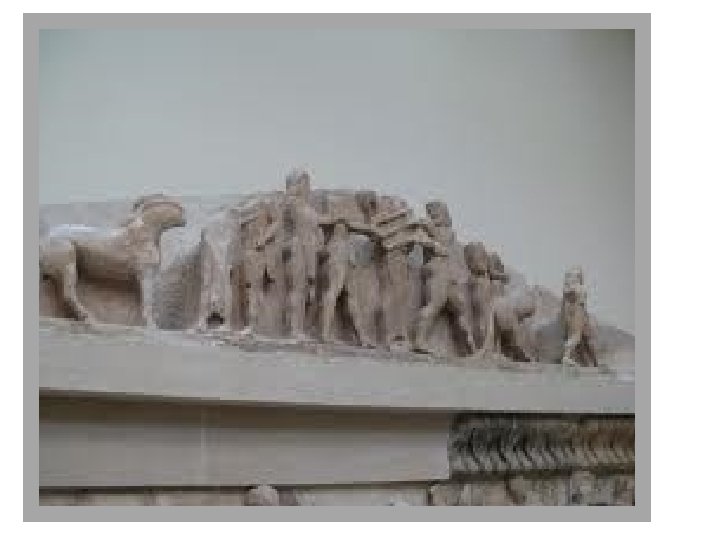 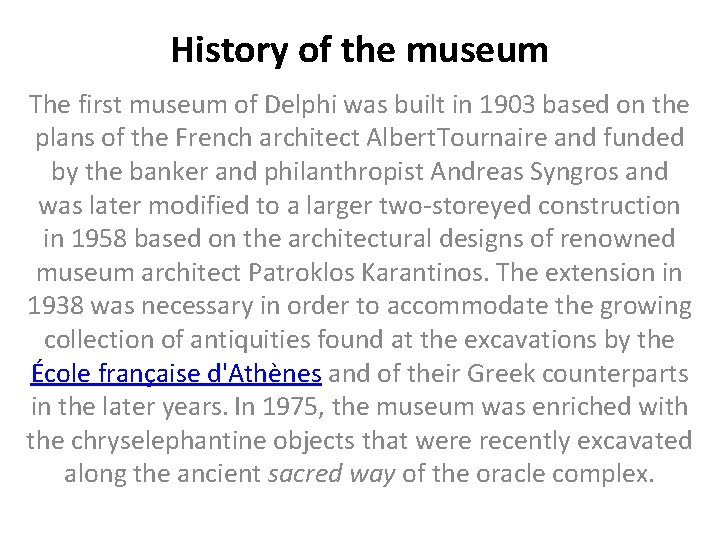 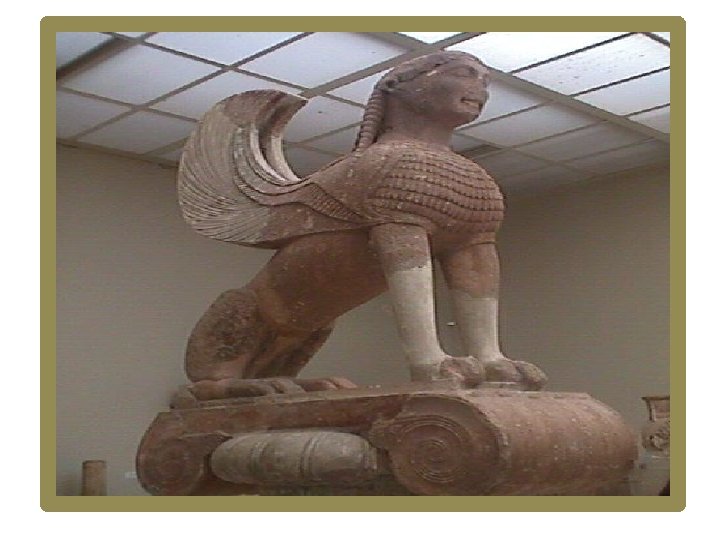 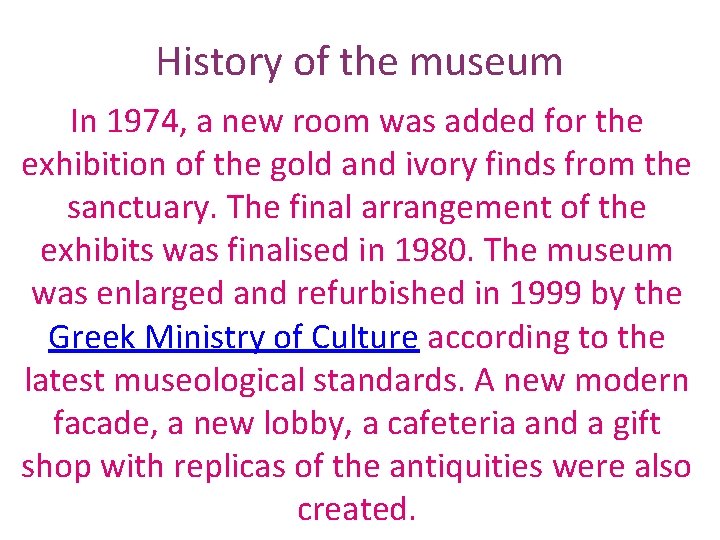 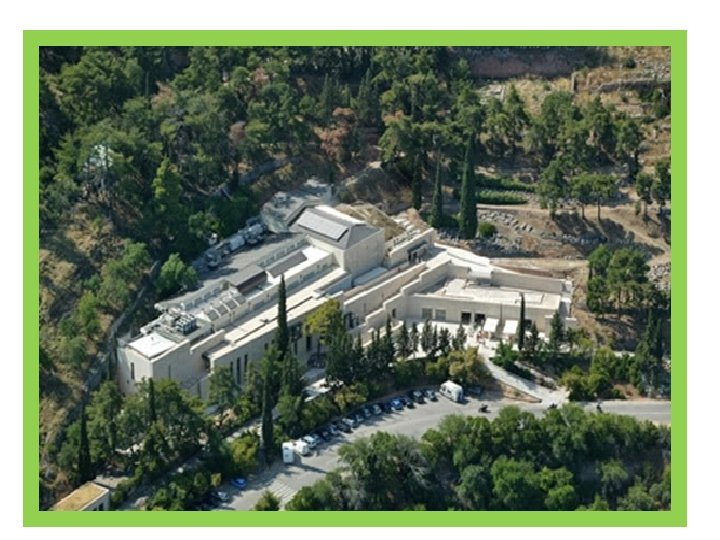 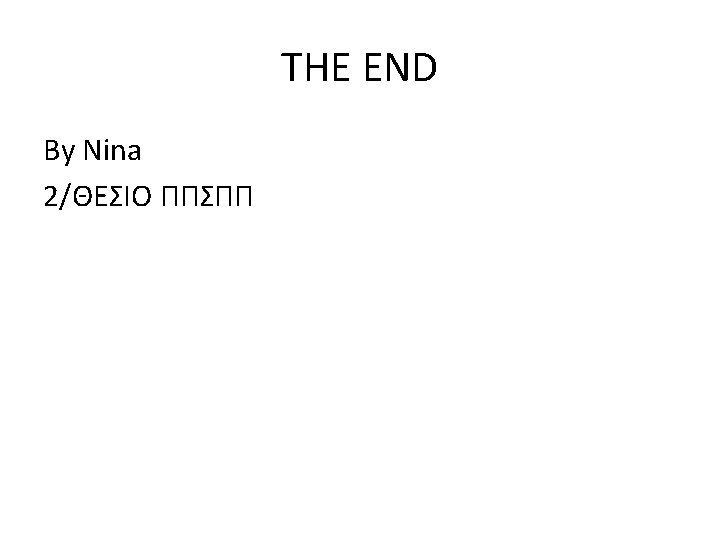 The Museum of Delpfi !!! Delphi Archaeological museum is the museum that houses the ancient artifacts that were found in Delphi, Greece. Its centerpiece are the antiquities found in the complex of the ancient Oracle of Delphi from the 18 th century BC when the oracle was founded to its decline in Late Antiquity. Its exhibits are mainly offerings to the oracle and architectural parts of the buildings.

History of the museum The first museum of Delphi was built in 1903 based on the plans of the French architect Albert. Tournaire and funded by the banker and philanthropist Andreas Syngros and was later modified to a larger two-storeyed construction in 1958 based on the architectural designs of renowned museum architect Patroklos Karantinos. The extension in 1938 was necessary in order to accommodate the growing collection of antiquities found at the excavations by the École française d'Athènes and of their Greek counterparts in the later years. In 1975, the museum was enriched with the chryselephantine objects that were recently excavated along the ancient sacred way of the oracle complex.

History of the museum In 1974, a new room was added for the exhibition of the gold and ivory finds from the sanctuary. The final arrangement of the exhibits was finalised in 1980. The museum was enlarged and refurbished in 1999 by the Greek Ministry of Culture according to the latest museological standards. A new modern facade, a new lobby, a cafeteria and a gift shop with replicas of the antiquities were also created.

THE END By Nina 2/ΘΕΣΙΟ ΠΠΣΠΠ 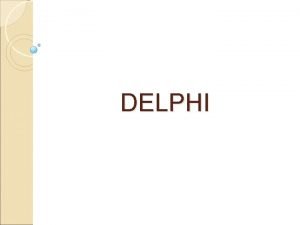 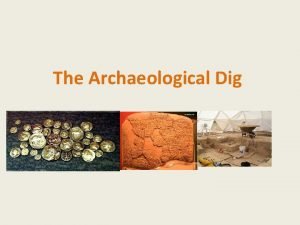 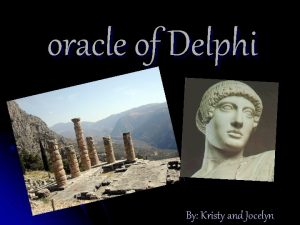 oracle of Delphi By Kristy and Jocelyn Delphi 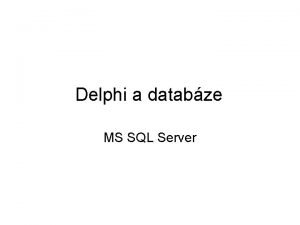 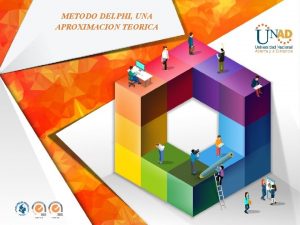 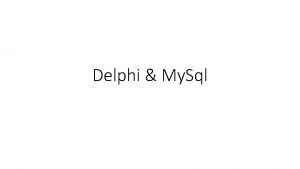