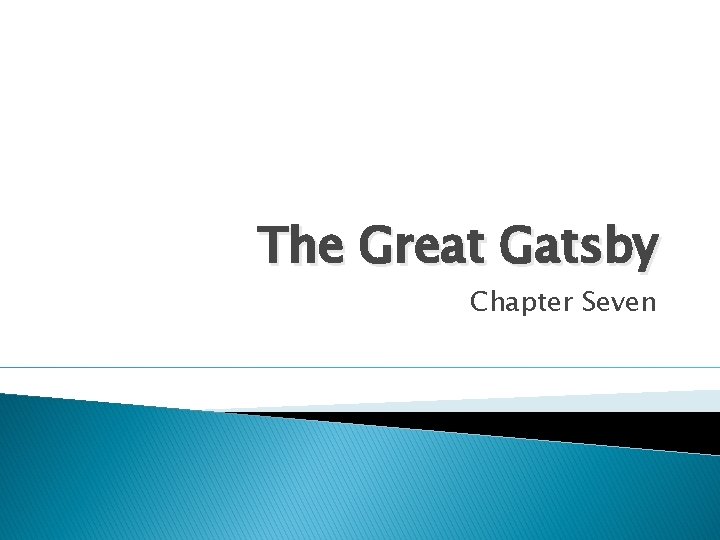 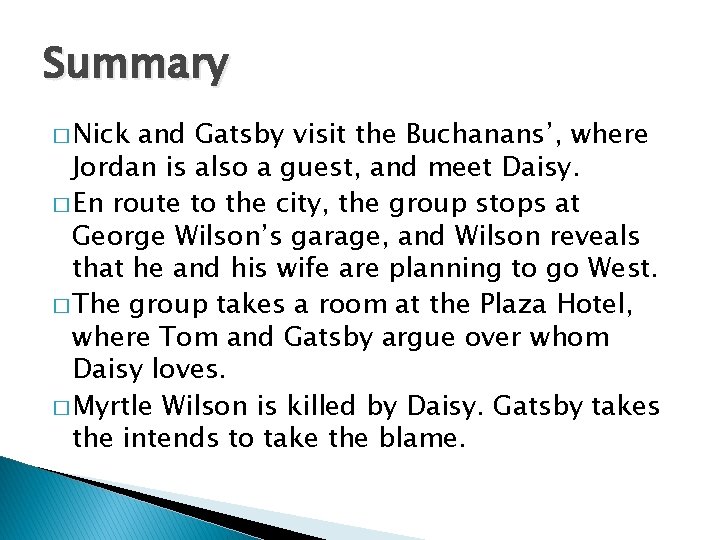 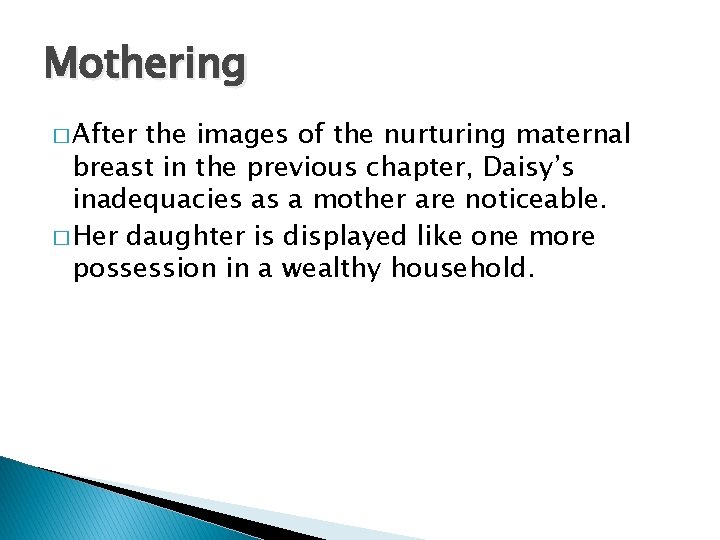 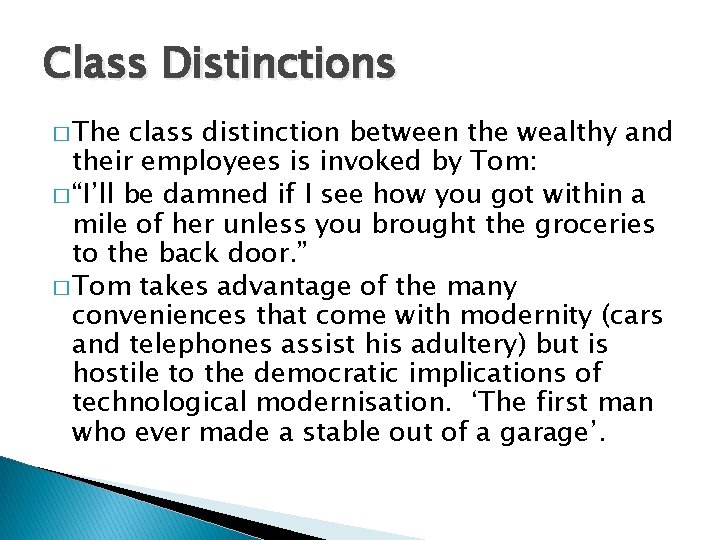 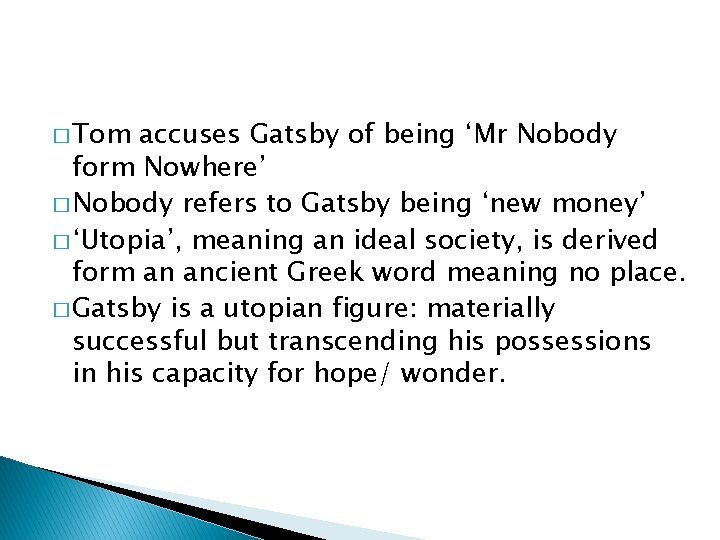 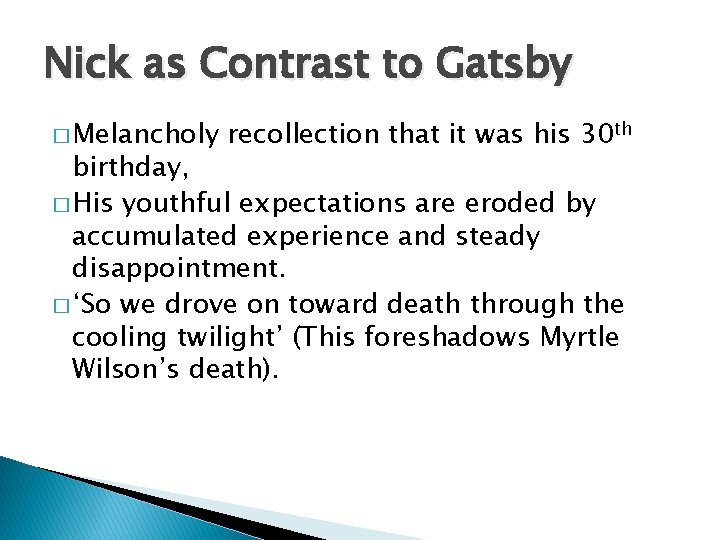 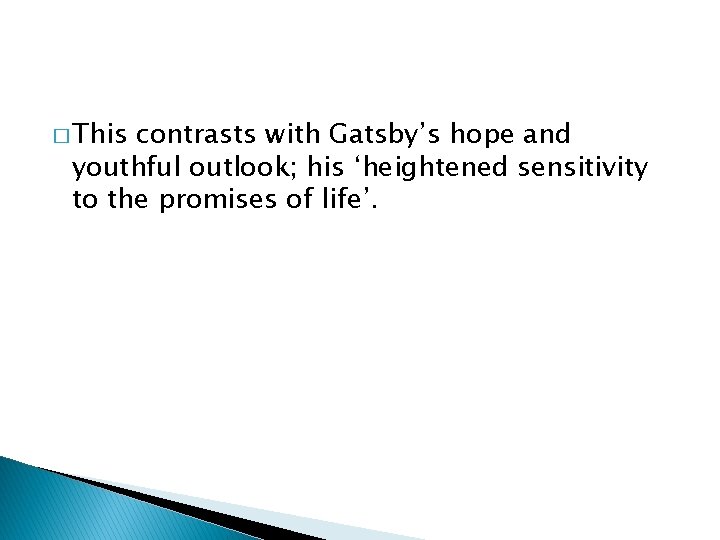 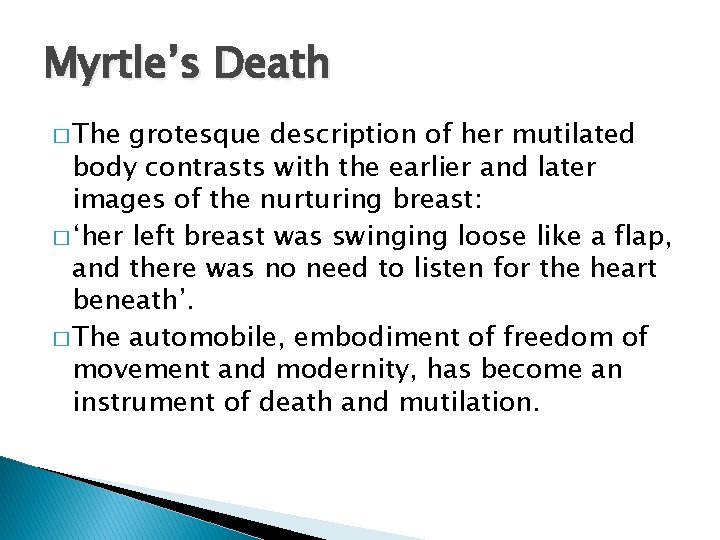 Summary � Nick and Gatsby visit the Buchanans’, where Jordan is also a guest, and meet Daisy. � En route to the city, the group stops at George Wilson’s garage, and Wilson reveals that he and his wife are planning to go West. � The group takes a room at the Plaza Hotel, where Tom and Gatsby argue over whom Daisy loves. � Myrtle Wilson is killed by Daisy. Gatsby takes the intends to take the blame.

Mothering � After the images of the nurturing maternal breast in the previous chapter, Daisy’s inadequacies as a mother are noticeable. � Her daughter is displayed like one more possession in a wealthy household.

Class Distinctions � The class distinction between the wealthy and their employees is invoked by Tom: � “I’ll be damned if I see how you got within a mile of her unless you brought the groceries to the back door. ” � Tom takes advantage of the many conveniences that come with modernity (cars and telephones assist his adultery) but is hostile to the democratic implications of technological modernisation. ‘The first man who ever made a stable out of a garage’.

� Tom accuses Gatsby of being ‘Mr Nobody form Nowhere’ � Nobody refers to Gatsby being ‘new money’ � ‘Utopia’, meaning an ideal society, is derived form an ancient Greek word meaning no place. � Gatsby is a utopian figure: materially successful but transcending his possessions in his capacity for hope/ wonder.

Nick as Contrast to Gatsby � Melancholy recollection that it was his 30 th birthday, � His youthful expectations are eroded by accumulated experience and steady disappointment. � ‘So we drove on toward death through the cooling twilight’ (This foreshadows Myrtle Wilson’s death).

� This contrasts with Gatsby’s hope and youthful outlook; his ‘heightened sensitivity to the promises of life’.

Myrtle’s Death � The grotesque description of her mutilated body contrasts with the earlier and later images of the nurturing breast: � ‘her left breast was swinging loose like a flap, and there was no need to listen for the heart beneath’. � The automobile, embodiment of freedom of movement and modernity, has become an instrument of death and mutilation. 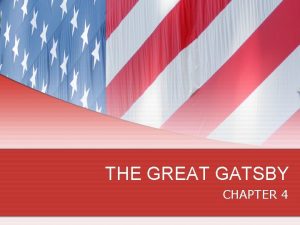 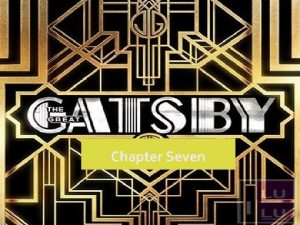 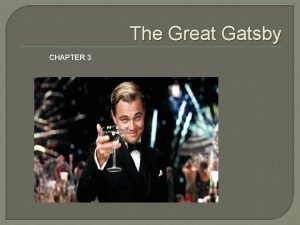 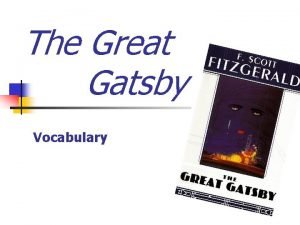 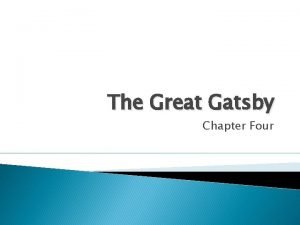 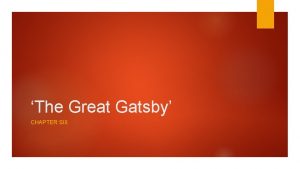 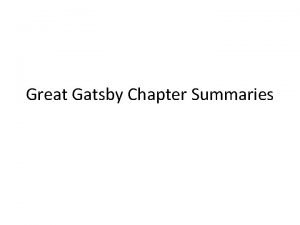