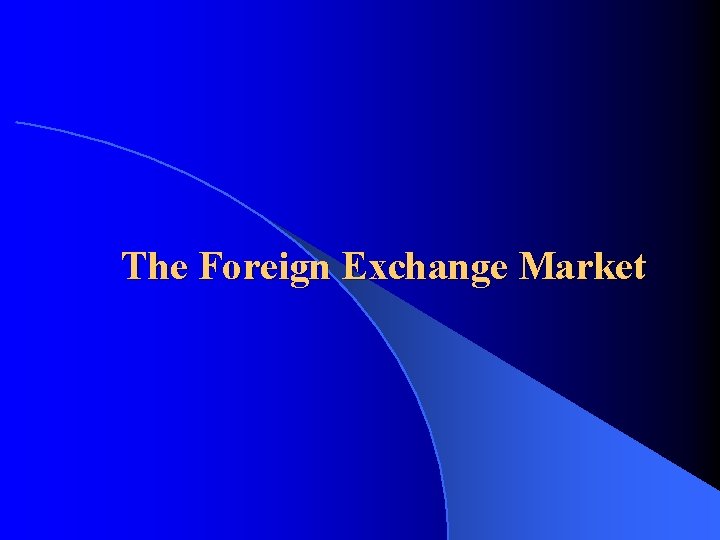 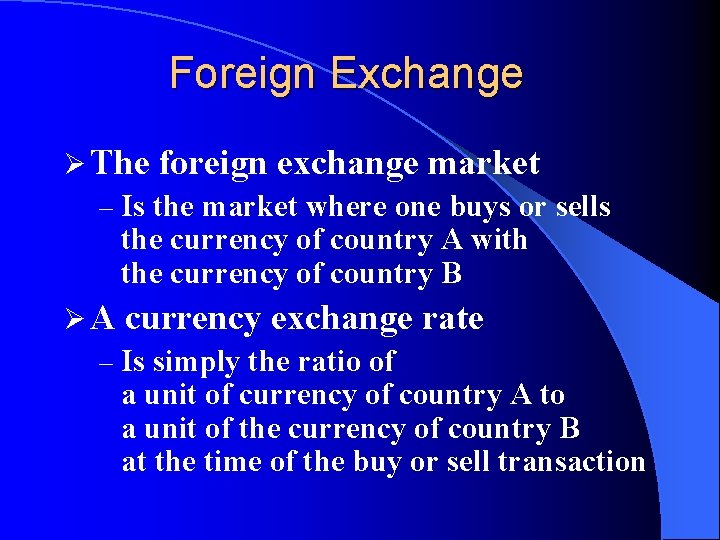 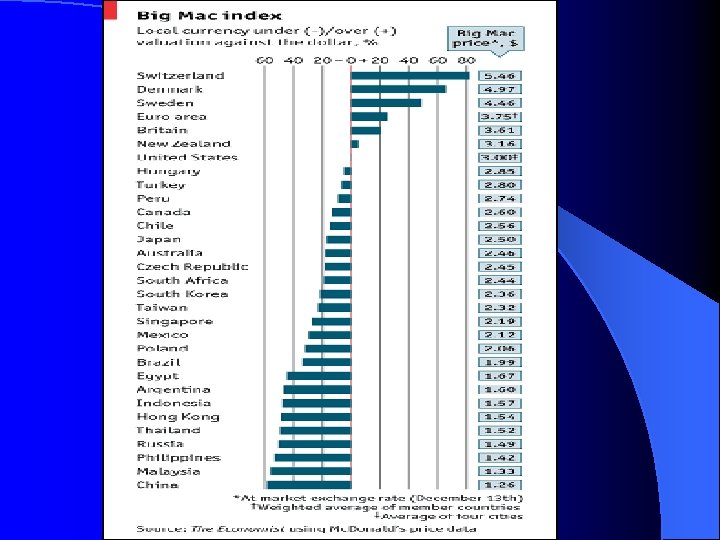 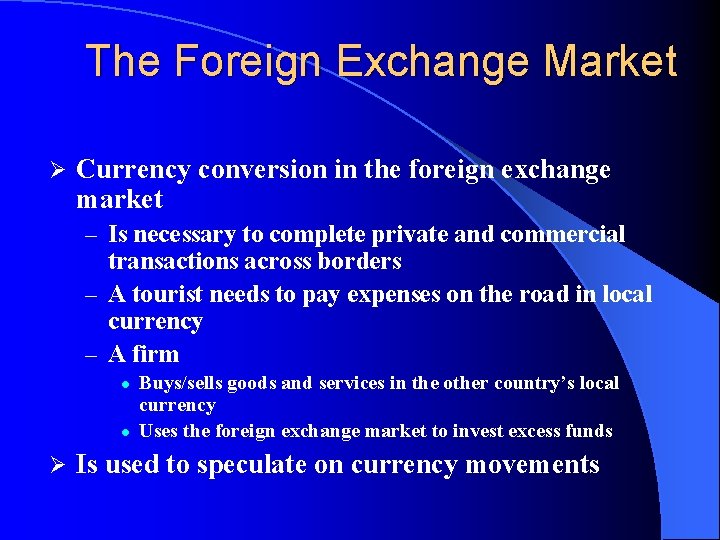 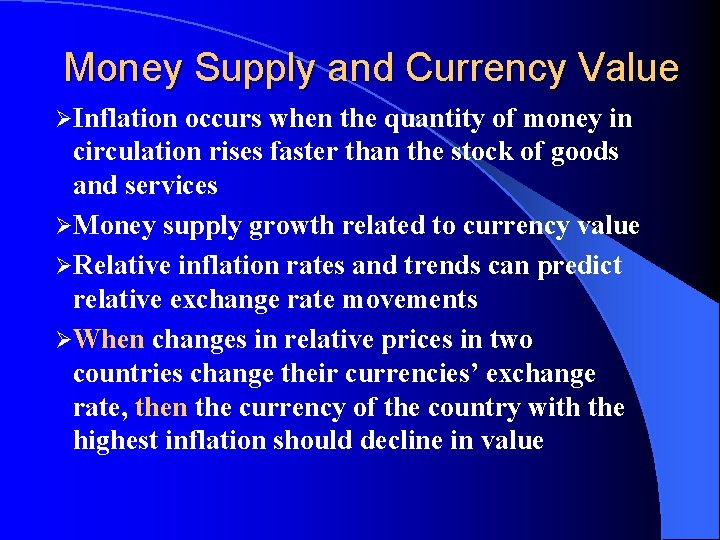 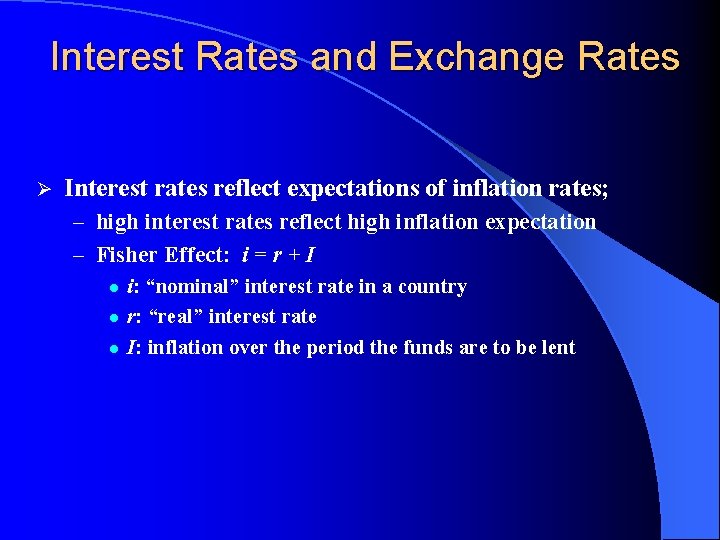 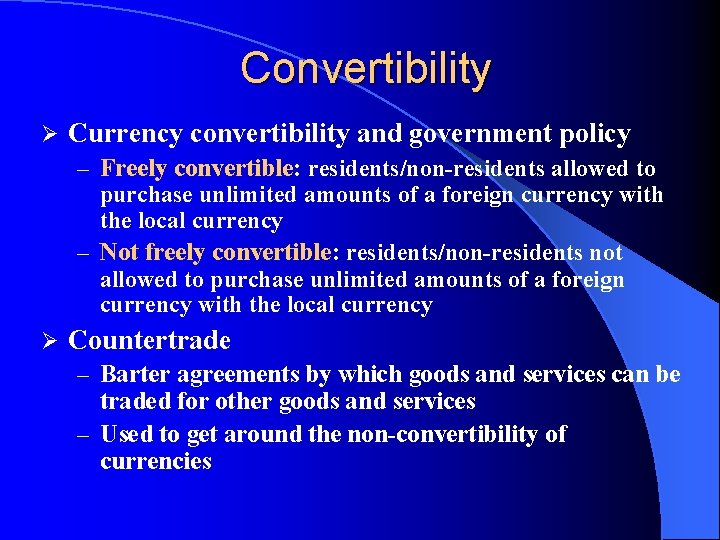 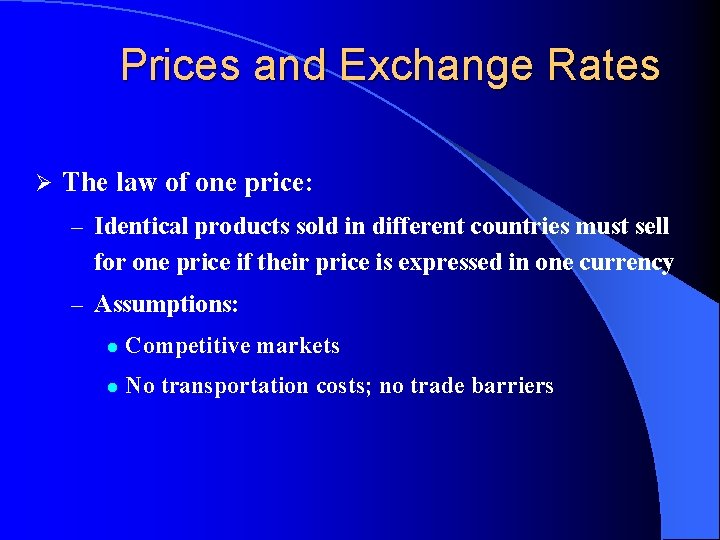 Money Supply and Currency Value ØInflation occurs when the quantity of money in circulation rises faster than the stock of goods and services ØMoney supply growth related to currency value ØRelative inflation rates and trends can predict relative exchange rate movements ØWhen changes in relative prices in two countries change their currencies’ exchange rate, then the currency of the country with the highest inflation should decline in value

Prices and Exchange Rates Ø The law of one price: – Identical products sold in different countries must sell for one price if their price is expressed in one currency – Assumptions: l Competitive markets l No transportation costs; no trade barriers 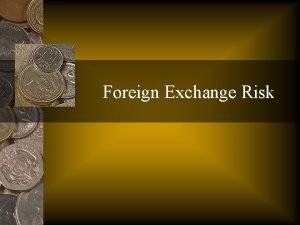 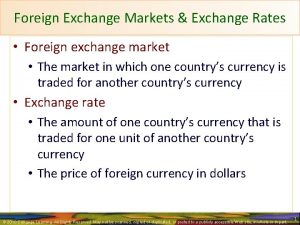 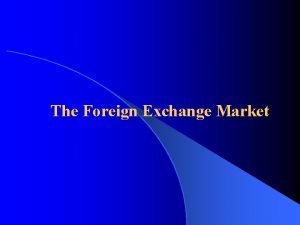 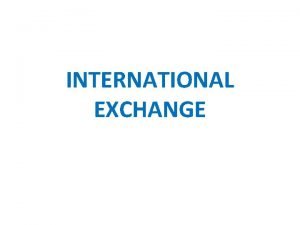 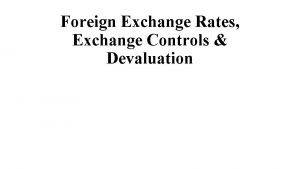 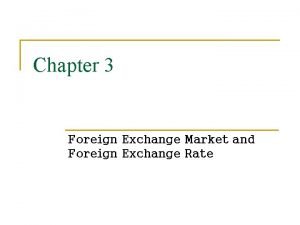 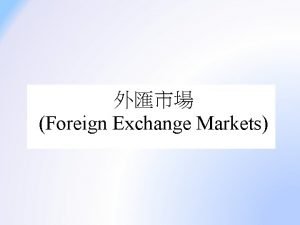 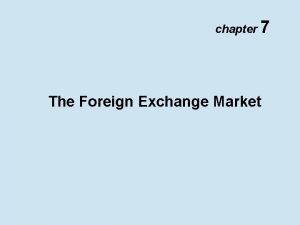 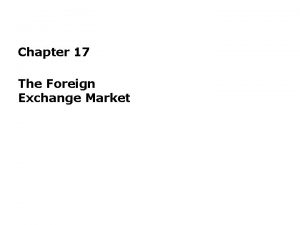