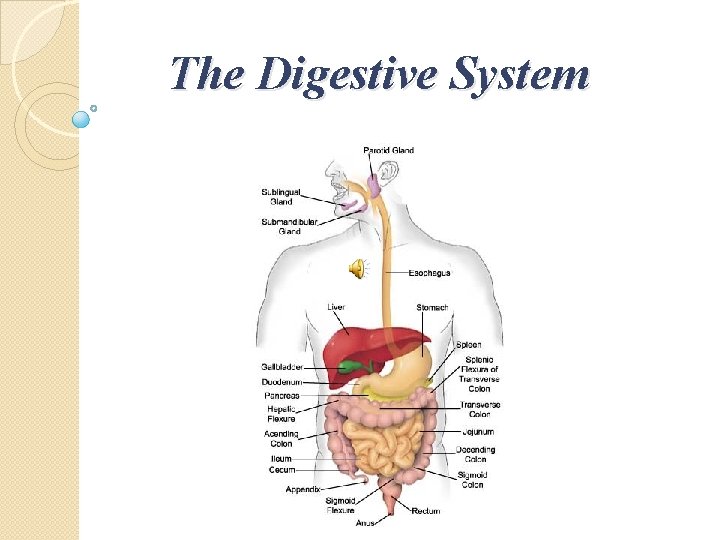 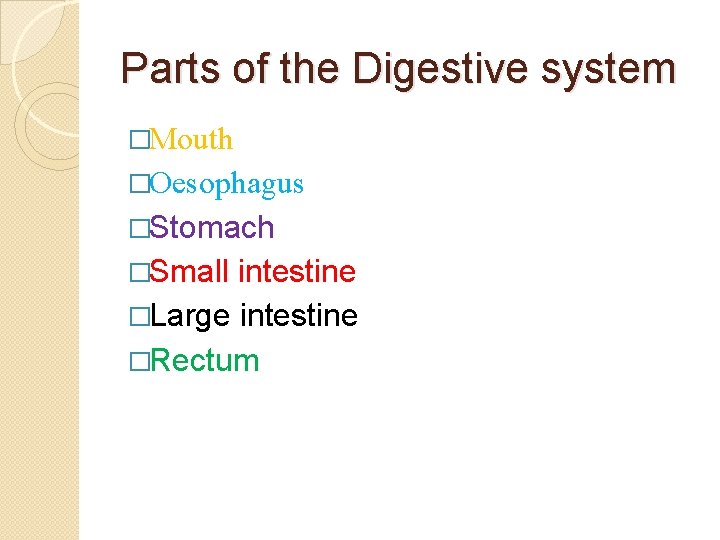 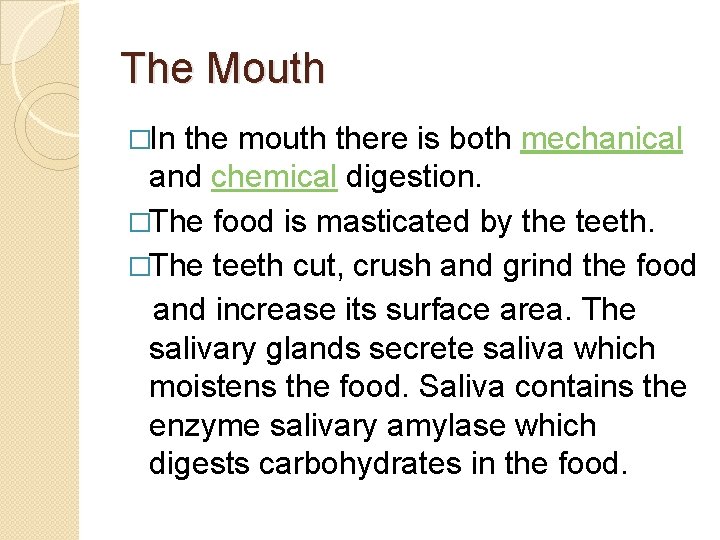 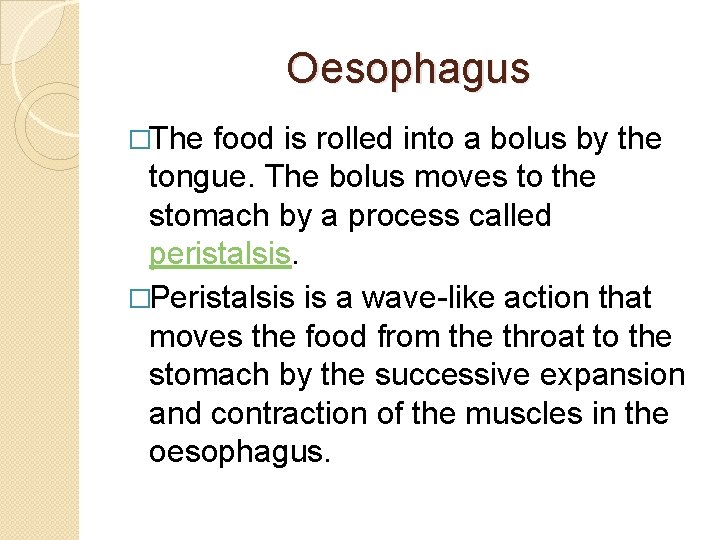 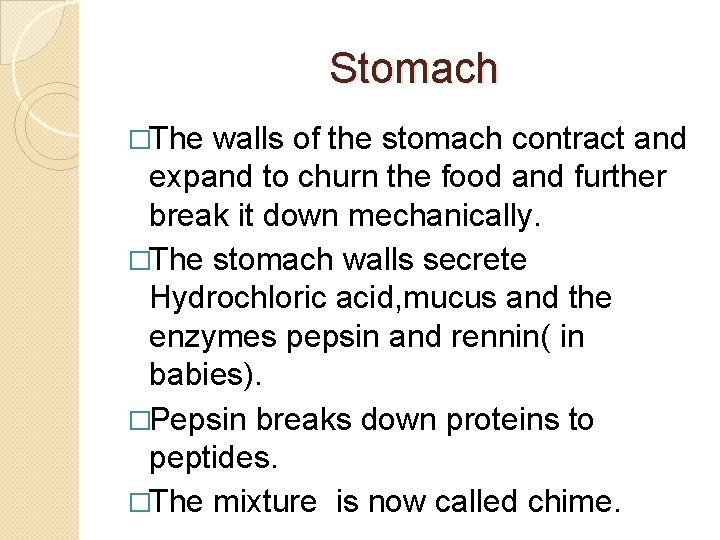 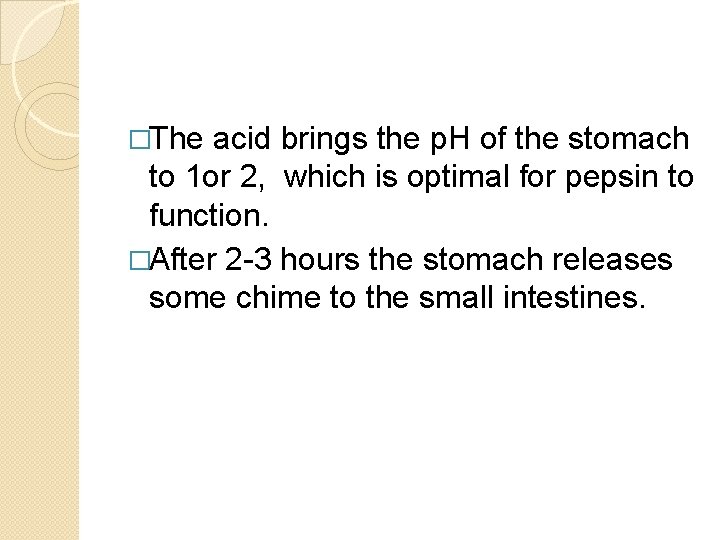 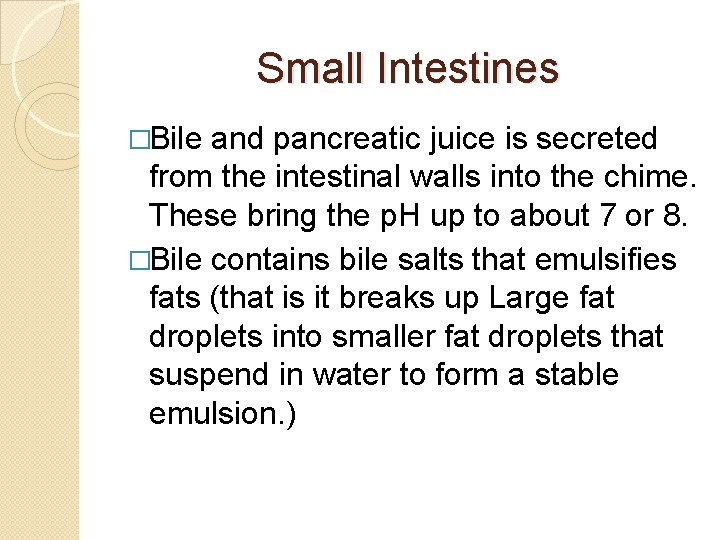 The Mouth �In the mouth there is both mechanical and chemical digestion. �The food is masticated by the teeth. �The teeth cut, crush and grind the food and increase its surface area. The salivary glands secrete saliva which moistens the food. Saliva contains the enzyme salivary amylase which digests carbohydrates in the food.

Oesophagus �The food is rolled into a bolus by the tongue. The bolus moves to the stomach by a process called peristalsis. �Peristalsis is a wave-like action that moves the food from the throat to the stomach by the successive expansion and contraction of the muscles in the oesophagus.

Stomach �The walls of the stomach contract and expand to churn the food and further break it down mechanically. �The stomach walls secrete Hydrochloric acid, mucus and the enzymes pepsin and rennin( in babies). �Pepsin breaks down proteins to peptides. �The mixture is now called chime.

�The acid brings the p. H of the stomach to 1 or 2, which is optimal for pepsin to function. �After 2 -3 hours the stomach releases some chime to the small intestines.

Small Intestines �Bile and pancreatic juice is secreted from the intestinal walls into the chime. These bring the p. H up to about 7 or 8. �Bile contains bile salts that emulsifies fats (that is it breaks up Large fat droplets into smaller fat droplets that suspend in water to form a stable emulsion. ) 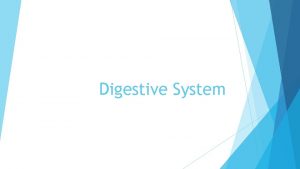 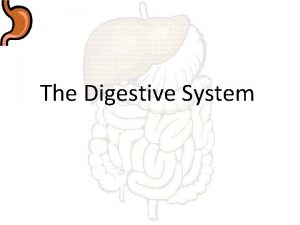 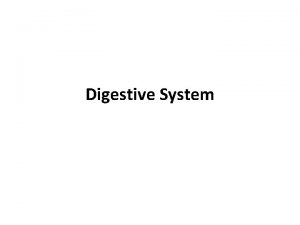 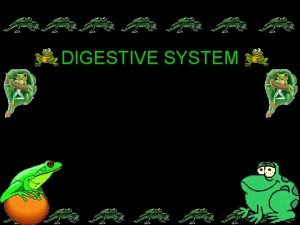 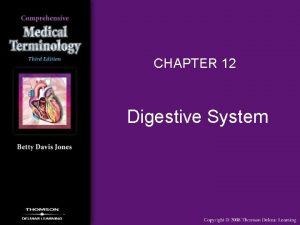 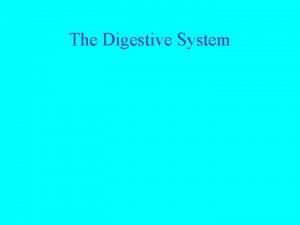