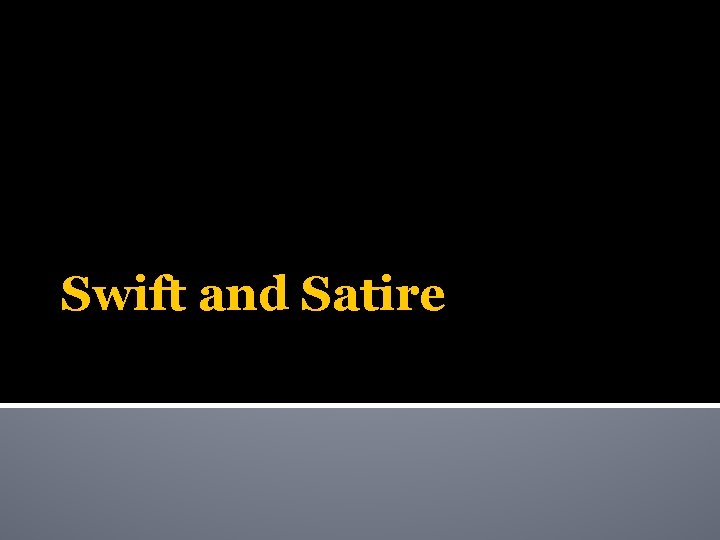 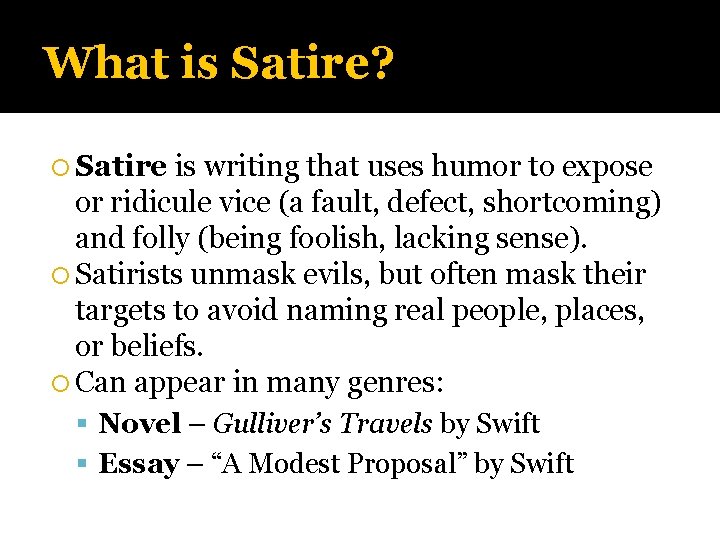 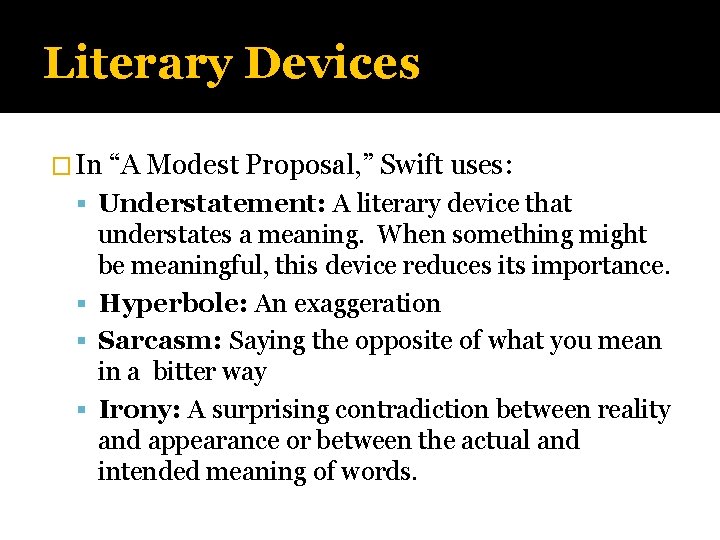 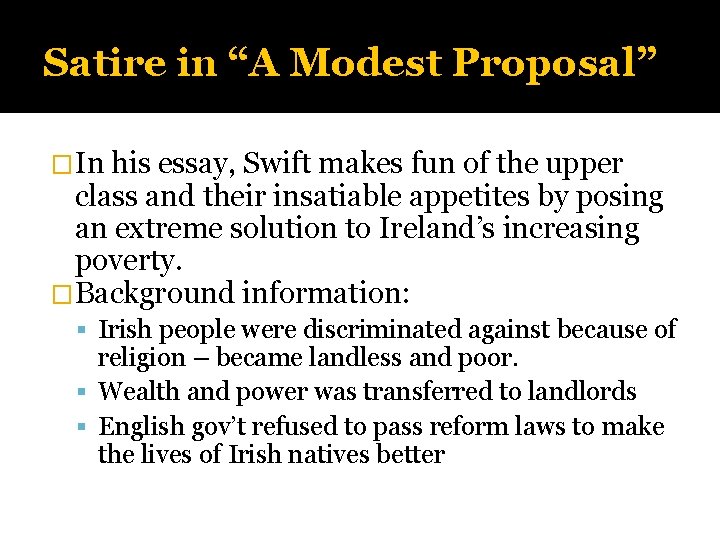 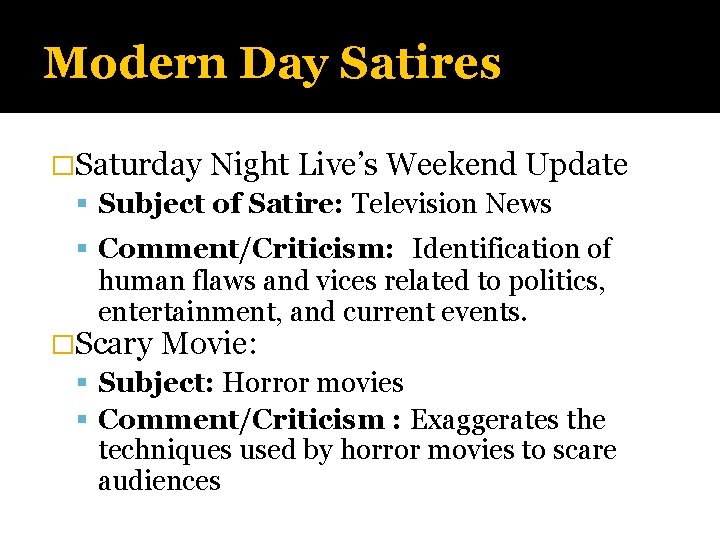 What is Satire? Satire is writing that uses humor to expose or ridicule vice (a fault, defect, shortcoming) and folly (being foolish, lacking sense). Satirists unmask evils, but often mask their targets to avoid naming real people, places, or beliefs. Can appear in many genres: Novel – Gulliver’s Travels by Swift Essay – “A Modest Proposal” by Swift

Literary Devices � In “A Modest Proposal, ” Swift uses: Understatement: A literary device that understates a meaning. When something might be meaningful, this device reduces its importance. Hyperbole: An exaggeration Sarcasm: Saying the opposite of what you mean in a bitter way Irony: A surprising contradiction between reality and appearance or between the actual and intended meaning of words.

Satire in “A Modest Proposal” �In his essay, Swift makes fun of the upper class and their insatiable appetites by posing an extreme solution to Ireland’s increasing poverty. �Background information: Irish people were discriminated against because of religion – became landless and poor. Wealth and power was transferred to landlords English gov’t refused to pass reform laws to make the lives of Irish natives better 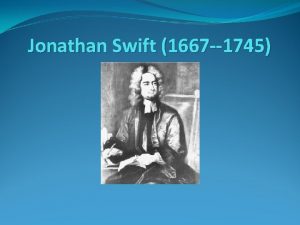 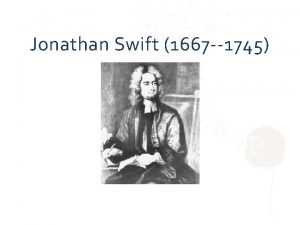 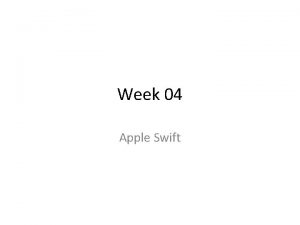 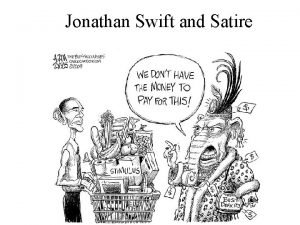 Jonathan Swift and Satire What is satire A