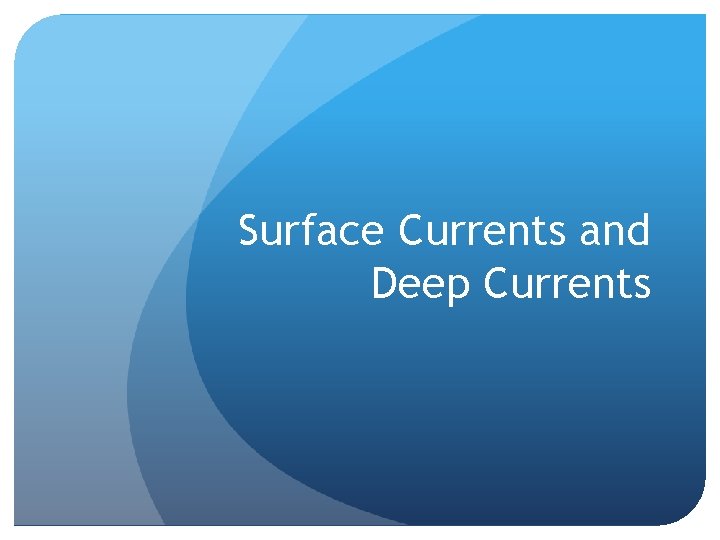 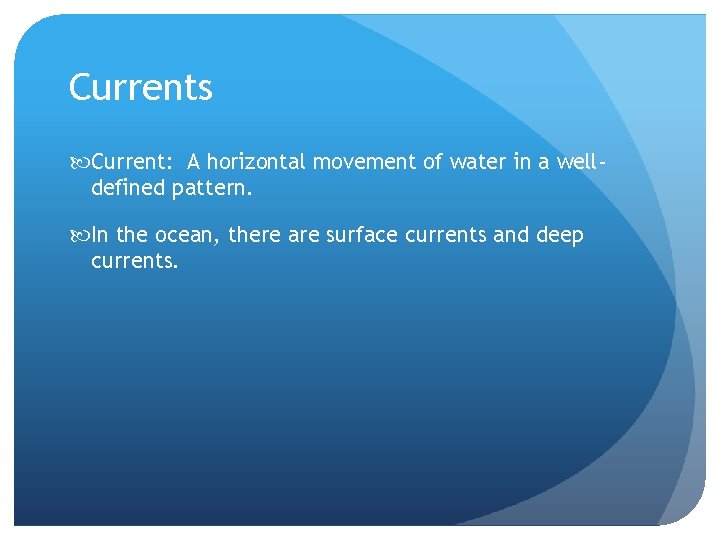 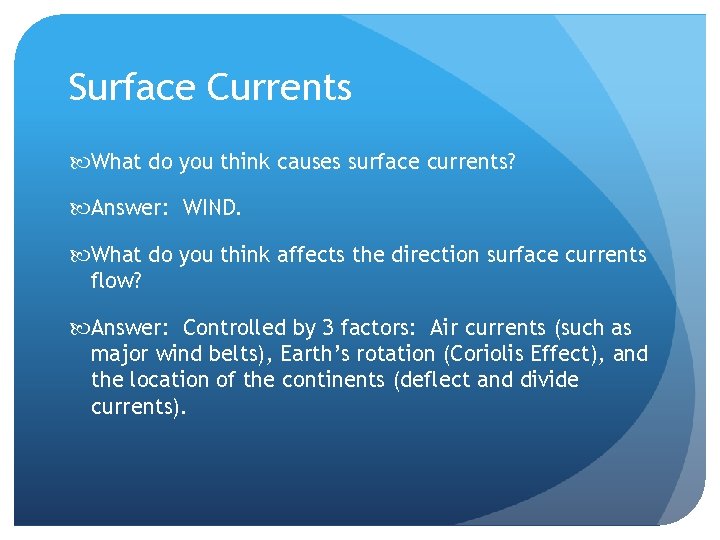 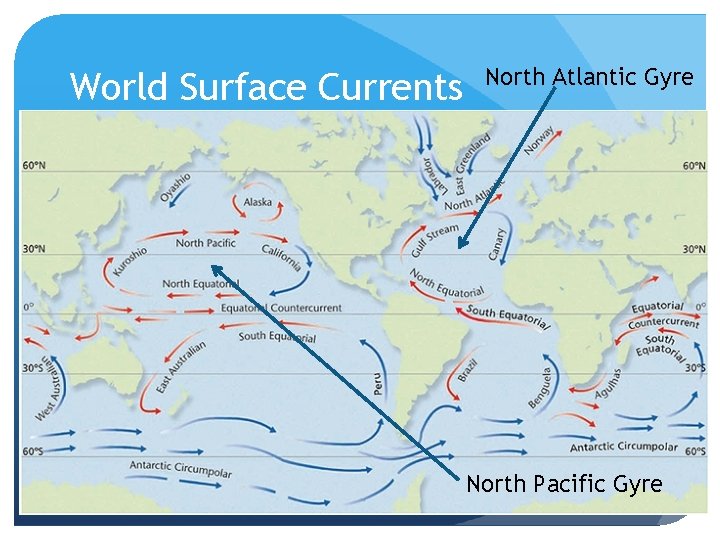 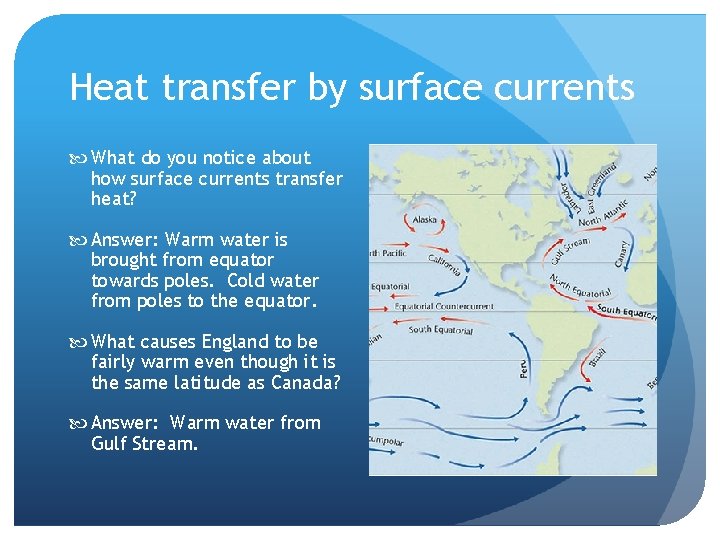 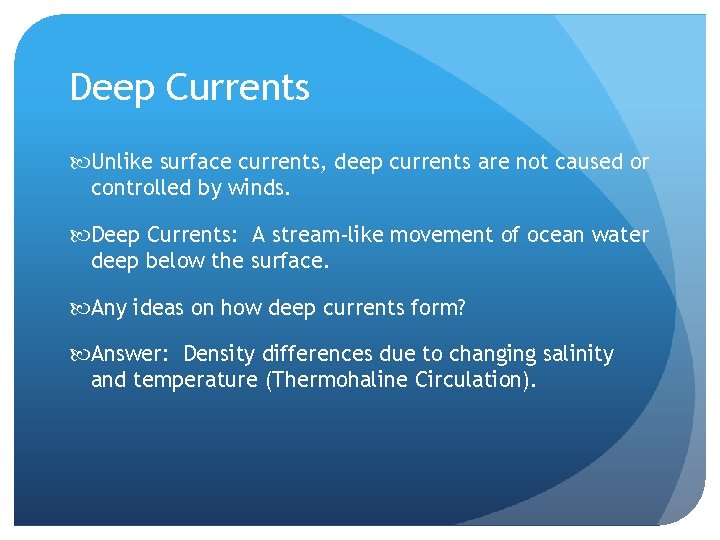 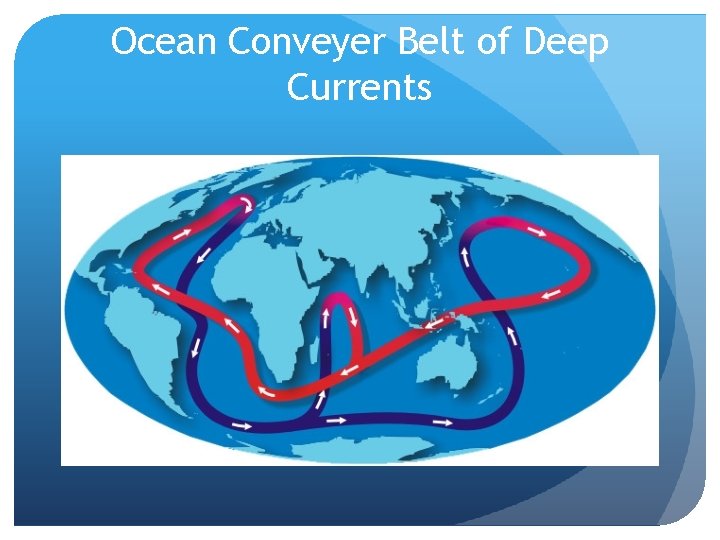 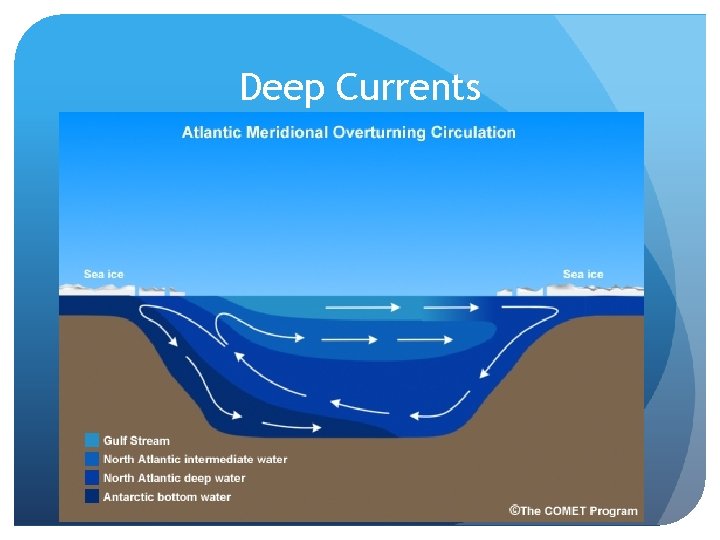 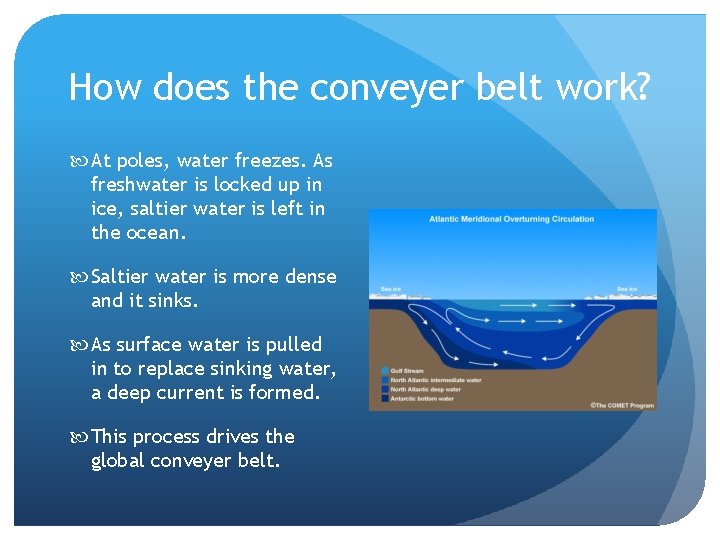 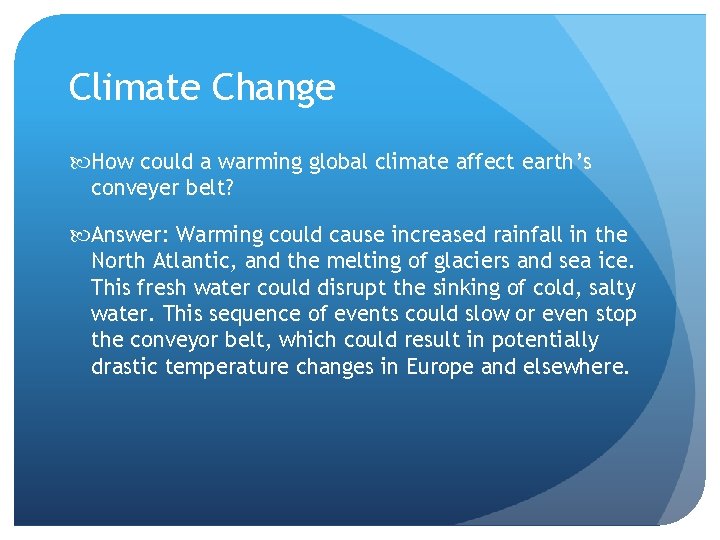 Currents Current: A horizontal movement of water in a welldefined pattern. In the ocean, there are surface currents and deep currents.

Deep Currents Unlike surface currents, deep currents are not caused or controlled by winds. Deep Currents: A stream-like movement of ocean water deep below the surface. Any ideas on how deep currents form? Answer: Density differences due to changing salinity and temperature (Thermohaline Circulation).

How does the conveyer belt work? At poles, water freezes. As freshwater is locked up in ice, saltier water is left in the ocean. Saltier water is more dense and it sinks. As surface water is pulled in to replace sinking water, a deep current is formed. This process drives the global conveyer belt.

Climate Change How could a warming global climate affect earth’s conveyer belt? Answer: Warming could cause increased rainfall in the North Atlantic, and the melting of glaciers and sea ice. This fresh water could disrupt the sinking of cold, salty water. This sequence of events could slow or even stop the conveyor belt, which could result in potentially drastic temperature changes in Europe and elsewhere. 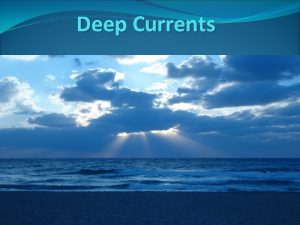 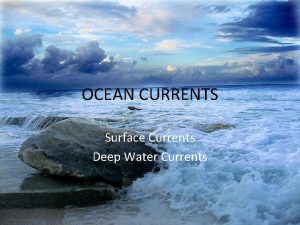 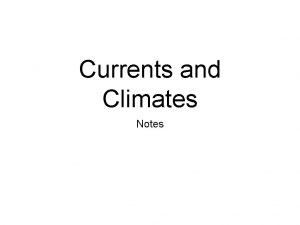 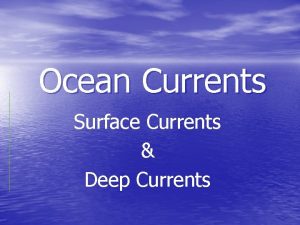 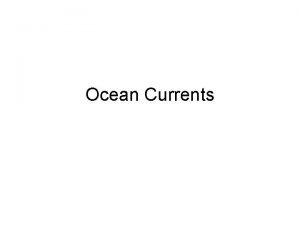 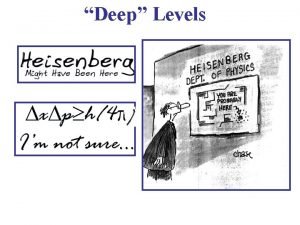 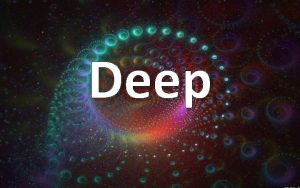 Deep Deep deep Deep down in my soul 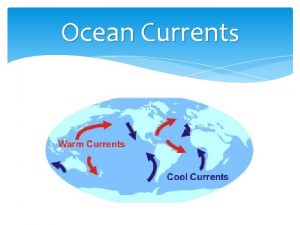 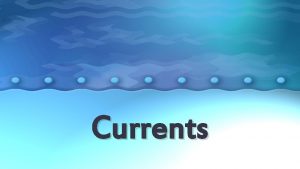