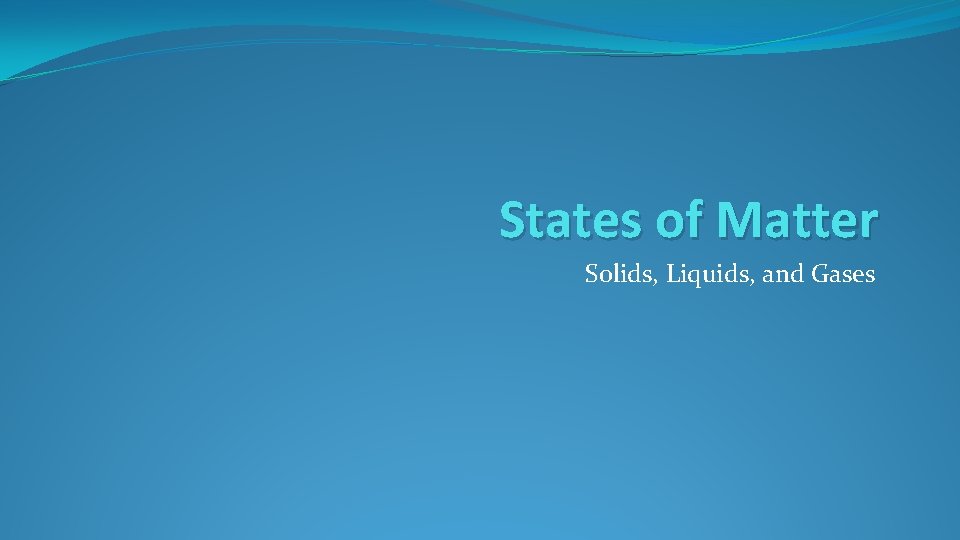 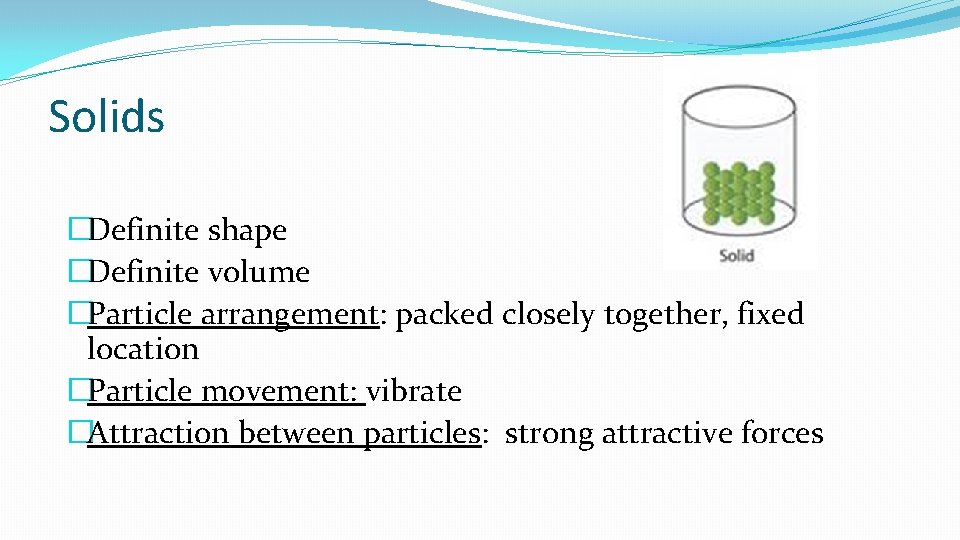 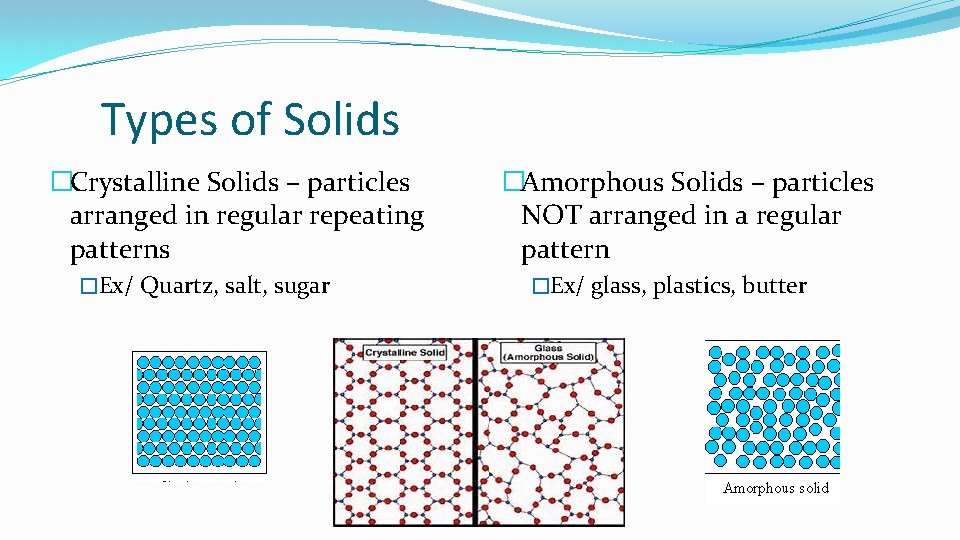 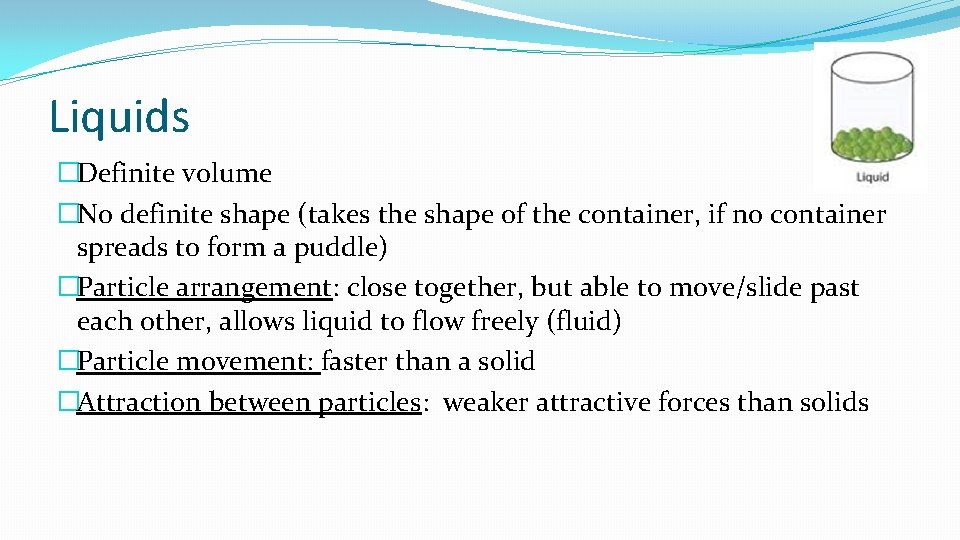 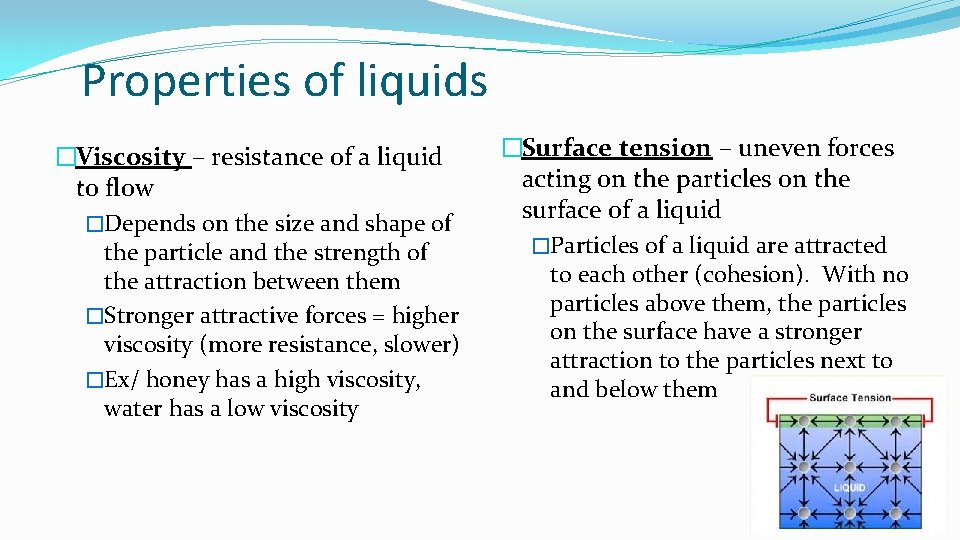 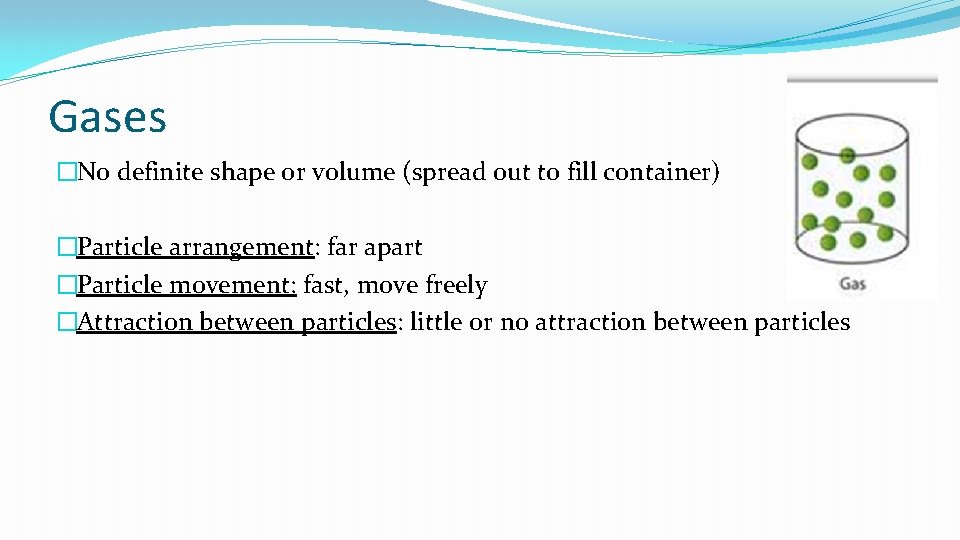 Liquids �Definite volume �No definite shape (takes the shape of the container, if no container spreads to form a puddle) �Particle arrangement: close together, but able to move/slide past each other, allows liquid to flow freely (fluid) �Particle movement: faster than a solid �Attraction between particles: weaker attractive forces than solids 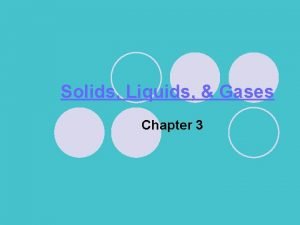 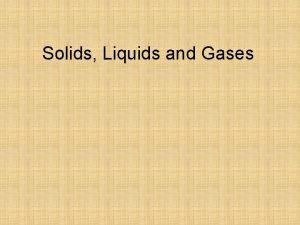 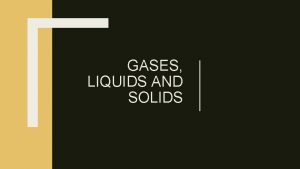 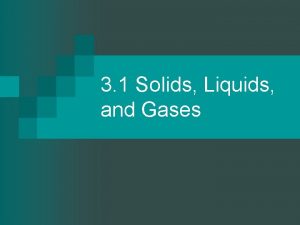 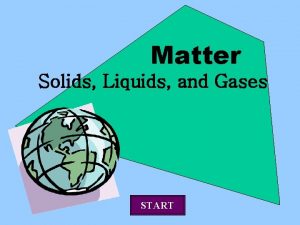