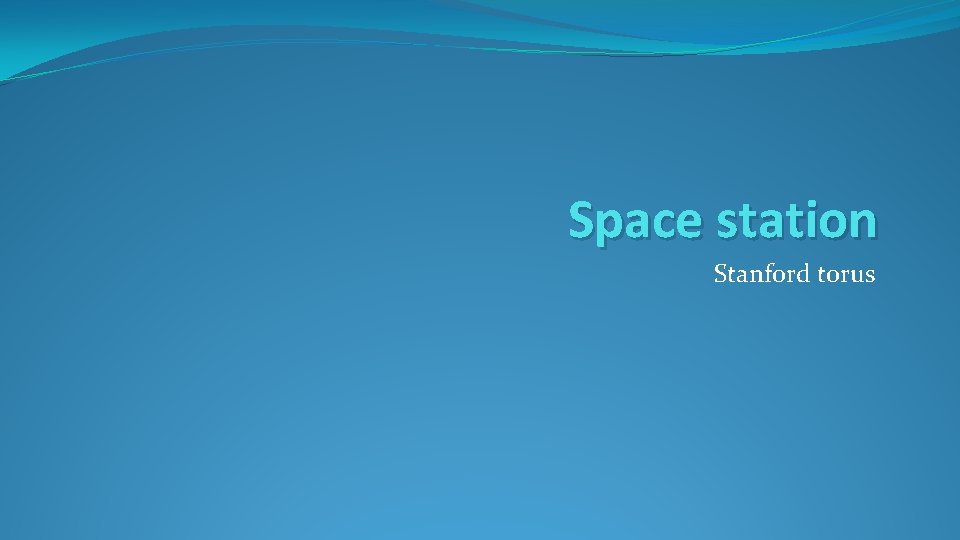 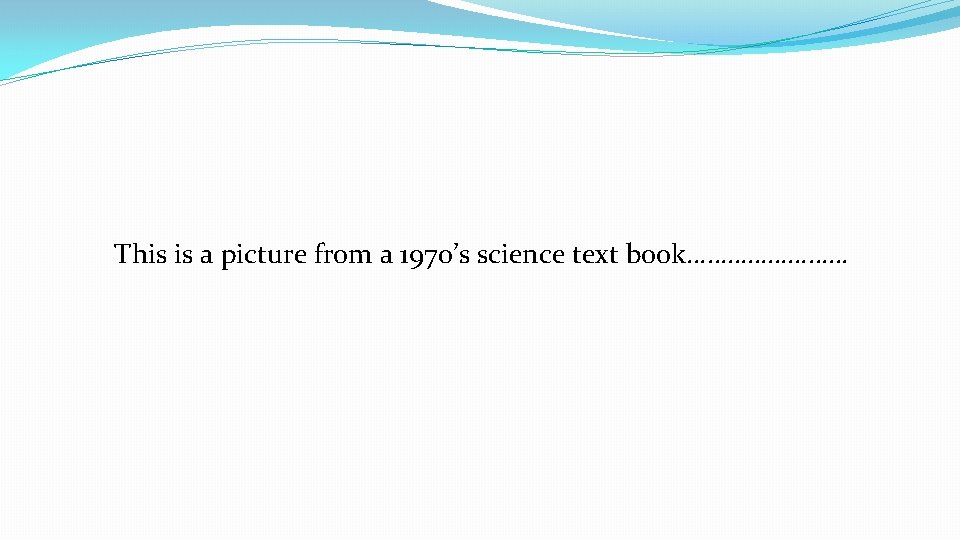 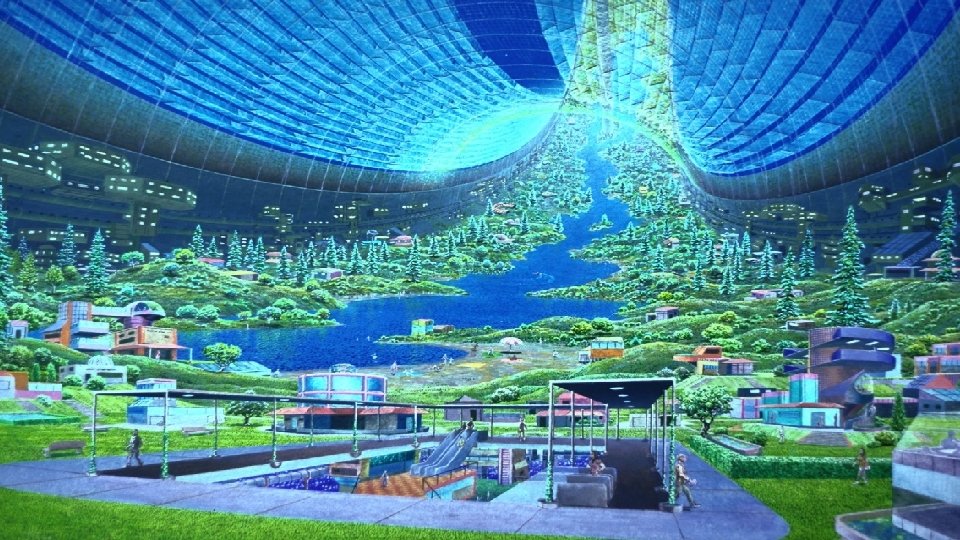 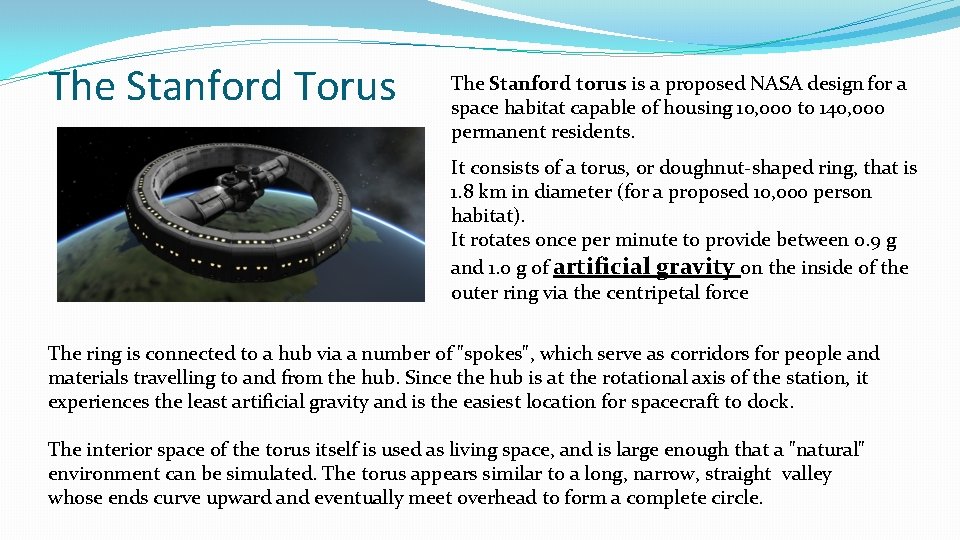 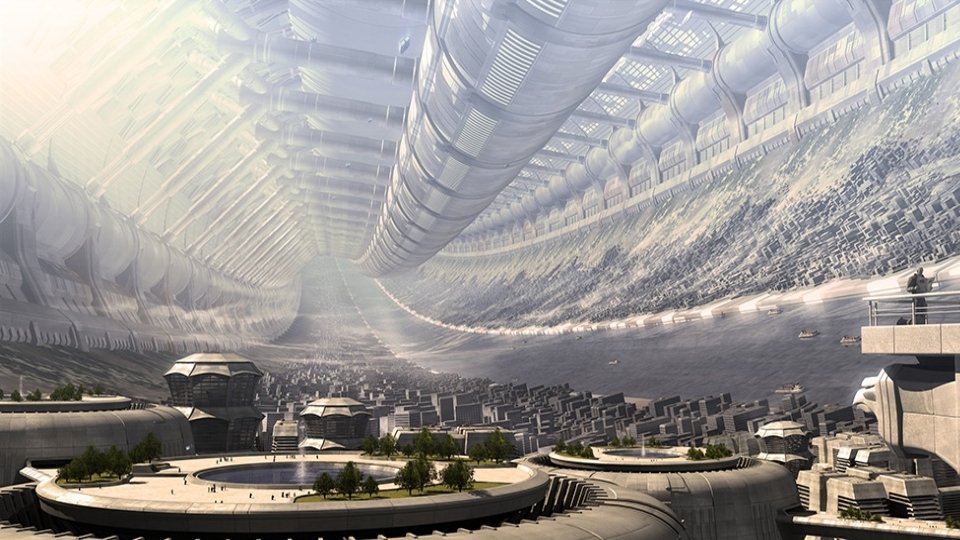 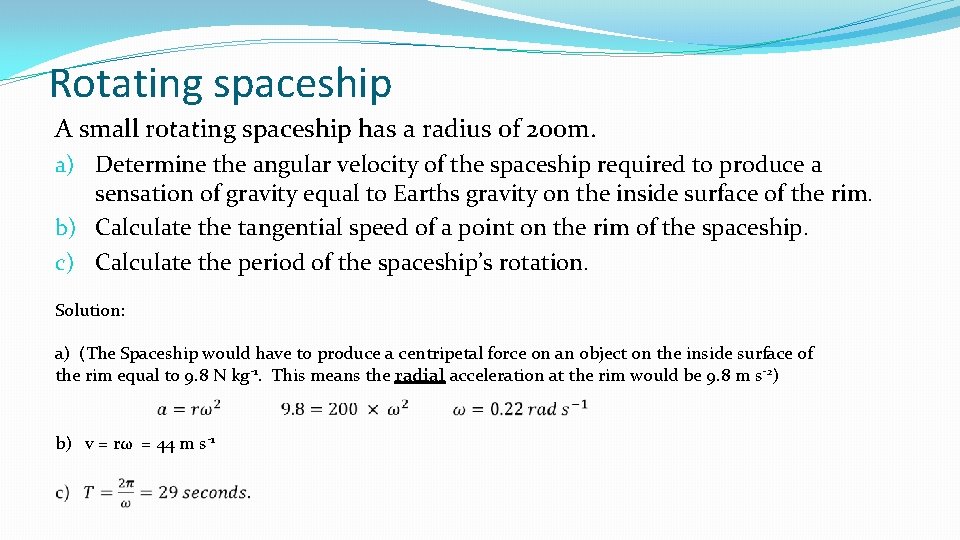 The Stanford Torus The Stanford torus is a proposed NASA design for a space habitat capable of housing 10, 000 to 140, 000 permanent residents. It consists of a torus, or doughnut-shaped ring, that is 1. 8 km in diameter (for a proposed 10, 000 person habitat). It rotates once per minute to provide between 0. 9 g and 1. 0 g of artificial gravity on the inside of the outer ring via the centripetal force The ring is connected to a hub via a number of "spokes", which serve as corridors for people and materials travelling to and from the hub. Since the hub is at the rotational axis of the station, it experiences the least artificial gravity and is the easiest location for spacecraft to dock. The interior space of the torus itself is used as living space, and is large enough that a "natural" environment can be simulated. The torus appears similar to a long, narrow, straight valley whose ends curve upward and eventually meet overhead to form a complete circle.

Rotating spaceship A small rotating spaceship has a radius of 200 m. a) Determine the angular velocity of the spaceship required to produce a sensation of gravity equal to Earths gravity on the inside surface of the rim. b) Calculate the tangential speed of a point on the rim of the spaceship. c) Calculate the period of the spaceship’s rotation. Solution: a) (The Spaceship would have to produce a centripetal force on an object on the inside surface of the rim equal to 9. 8 N kg-1. This means the radial acceleration at the rim would be 9. 8 m s-2) b) v = rω = 44 m s-1 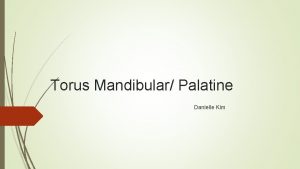 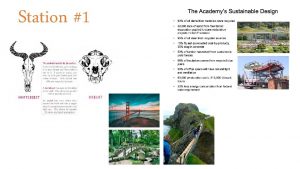 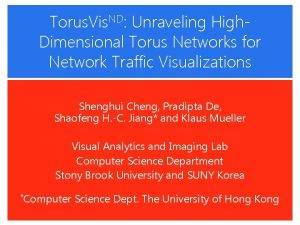 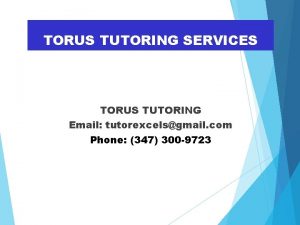 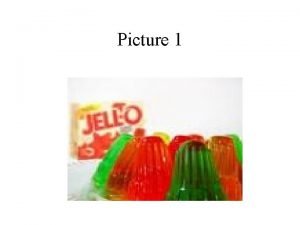