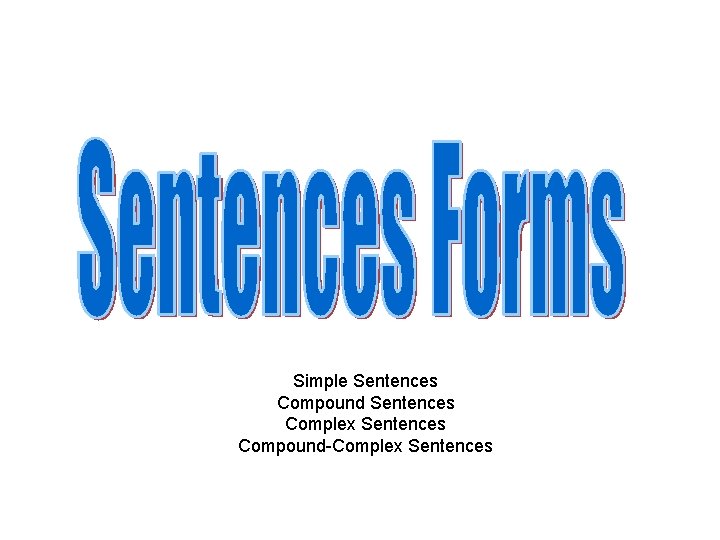 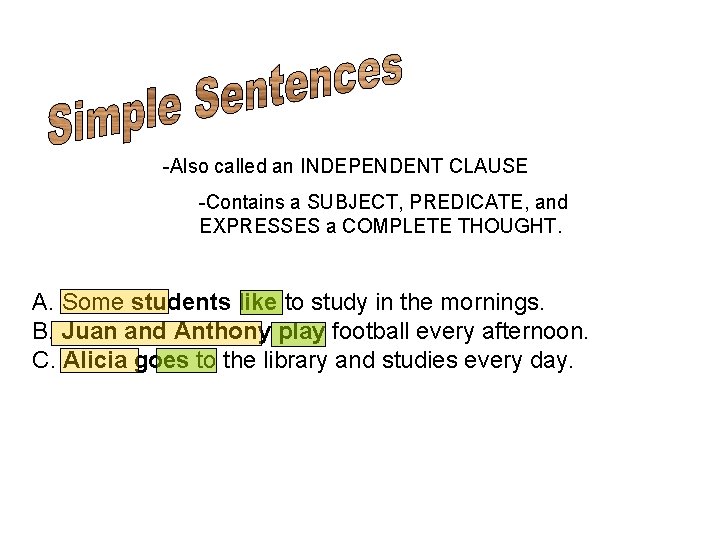 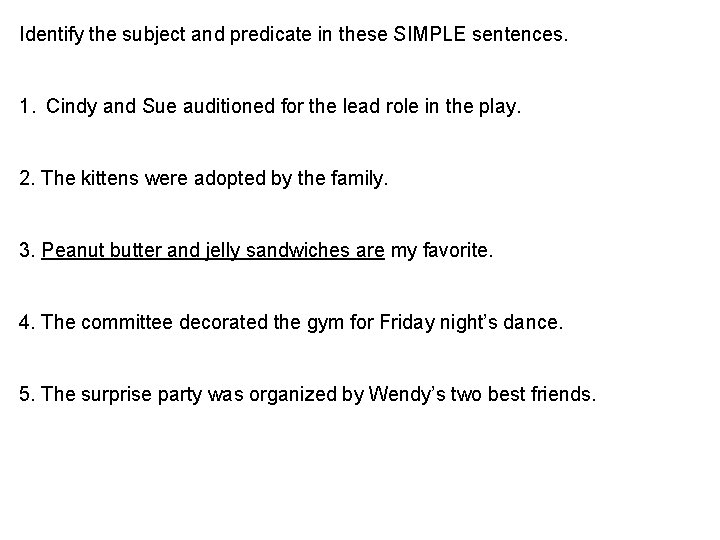 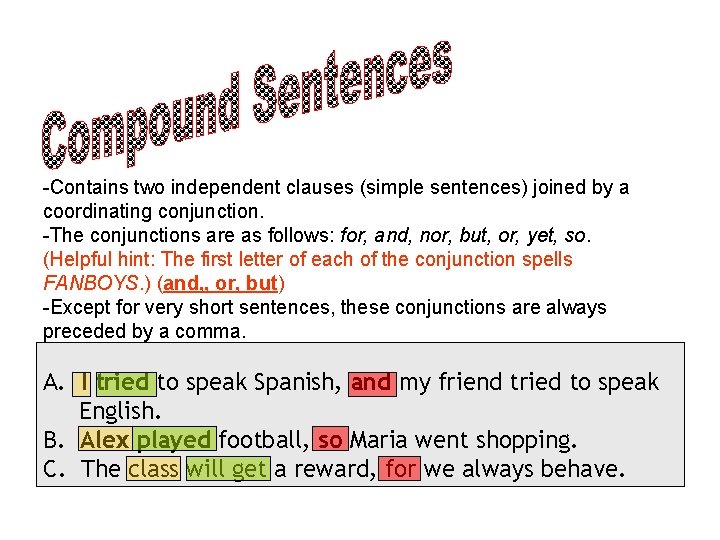 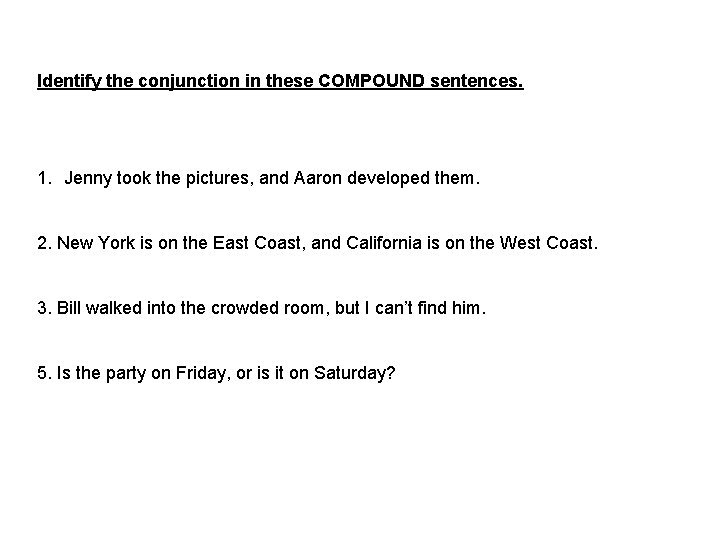 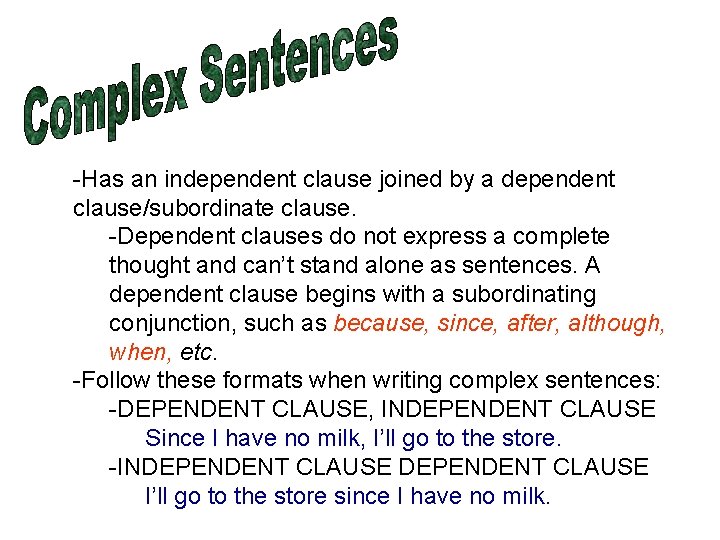 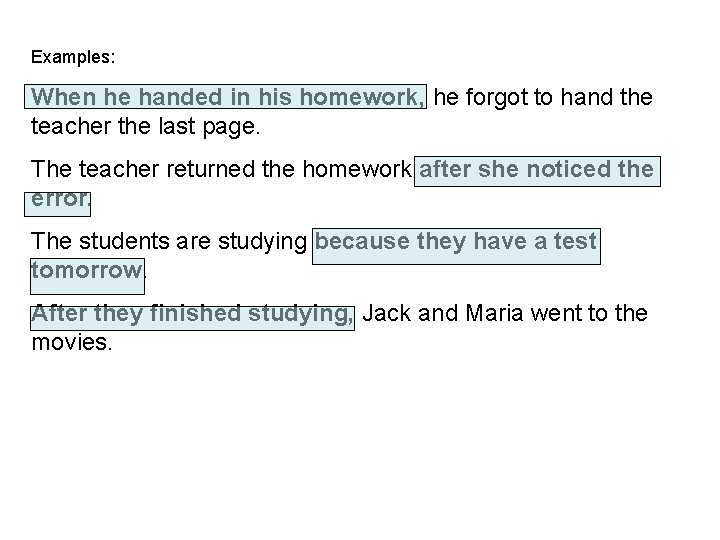 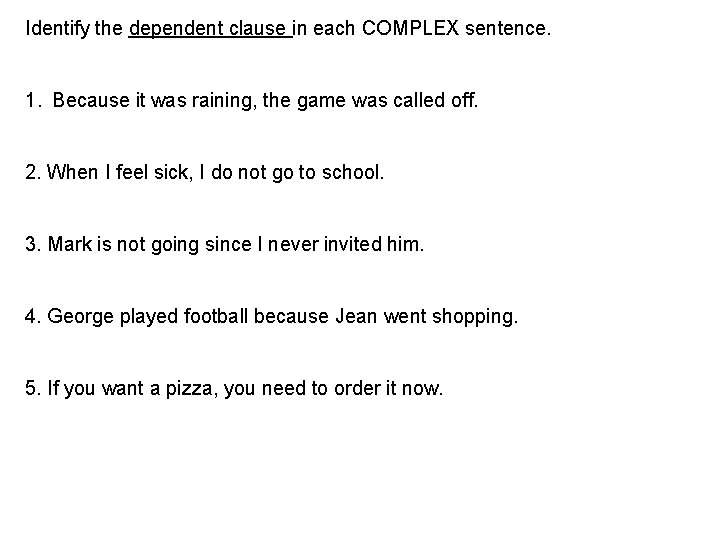 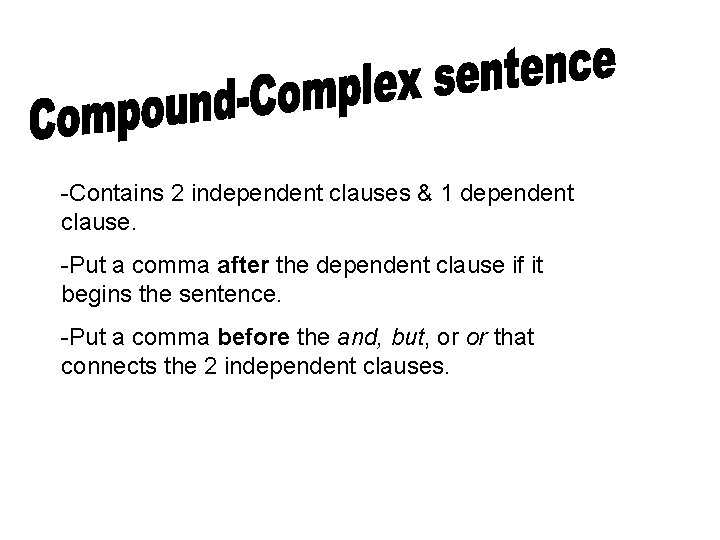 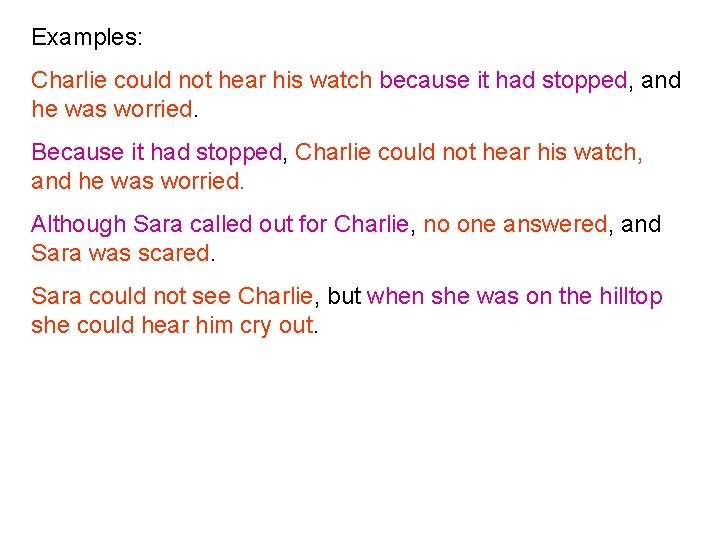 -Also called an INDEPENDENT CLAUSE -Contains a SUBJECT, PREDICATE, and EXPRESSES a COMPLETE THOUGHT. A. Some students like to study in the mornings. B. Juan and Anthony play football every afternoon. C. Alicia goes to the library and studies every day.

Identify the subject and predicate in these SIMPLE sentences. 1. Cindy and Sue auditioned for the lead role in the play. 2. The kittens were adopted by the family. 3. Peanut butter and jelly sandwiches are my favorite. 4. The committee decorated the gym for Friday night’s dance. 5. The surprise party was organized by Wendy’s two best friends.

-Contains two independent clauses (simple sentences) joined by a coordinating conjunction. -The conjunctions are as follows: for, and, nor, but, or, yet, so. (Helpful hint: The first letter of each of the conjunction spells FANBOYS. ) (and, , or, but) -Except for very short sentences, these conjunctions are always preceded by a comma. A. I tried to speak Spanish, and my friend tried to speak English. B. Alex played football, so Maria went shopping. C. The class will get a reward, for we always behave.

Identify the conjunction in these COMPOUND sentences. 1. Jenny took the pictures, and Aaron developed them. 2. New York is on the East Coast, and California is on the West Coast. 3. Bill walked into the crowded room, but I can’t find him. 5. Is the party on Friday, or is it on Saturday?

Examples: When he handed in his homework, he forgot to hand the teacher the last page. The teacher returned the homework after she noticed the error. The students are studying because they have a test tomorrow. After they finished studying, Jack and Maria went to the movies.

Identify the dependent clause in each COMPLEX sentence. 1. Because it was raining, the game was called off. 2. When I feel sick, I do not go to school. 3. Mark is not going since I never invited him. 4. George played football because Jean went shopping. 5. If you want a pizza, you need to order it now. 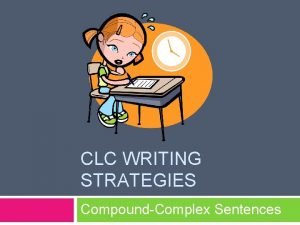 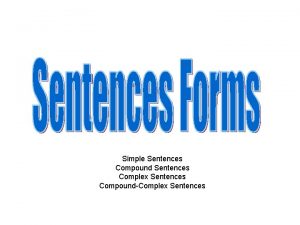 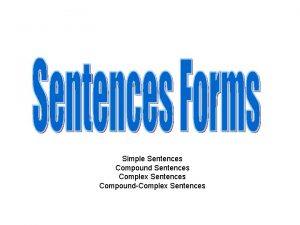 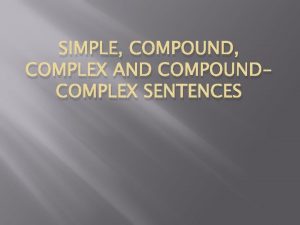 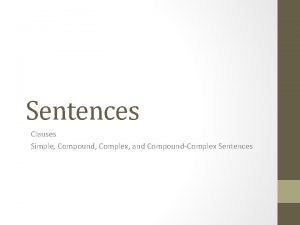 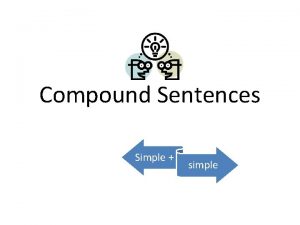 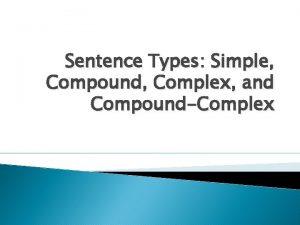 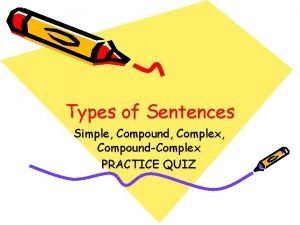 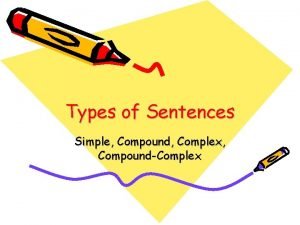