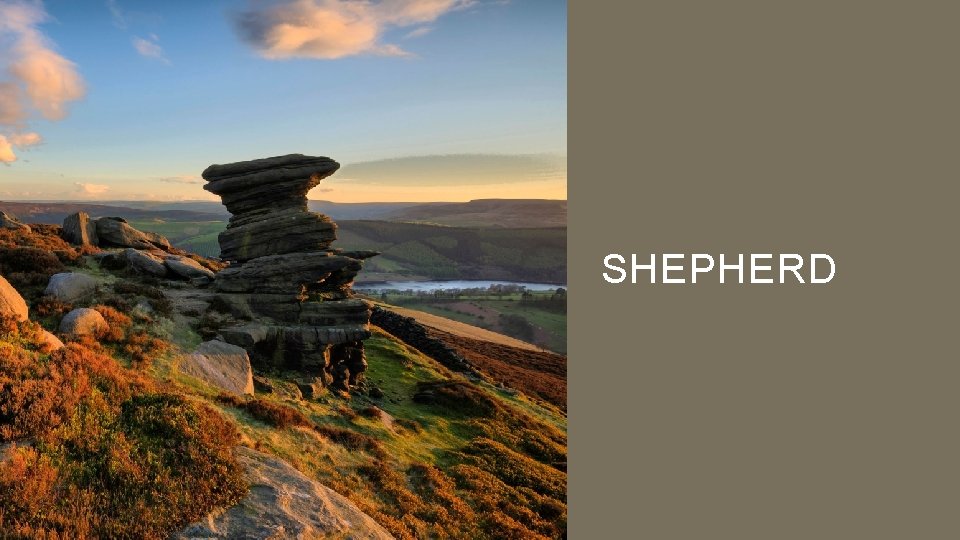 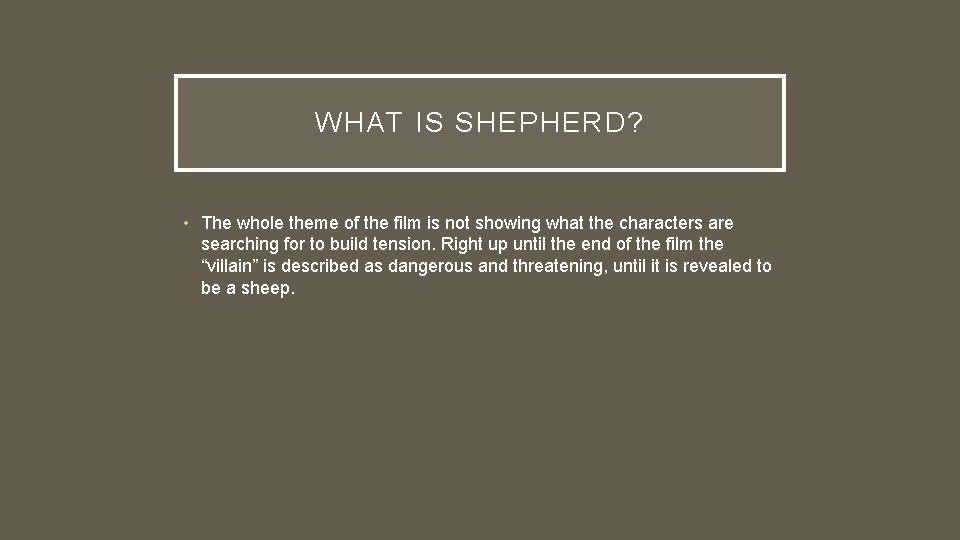 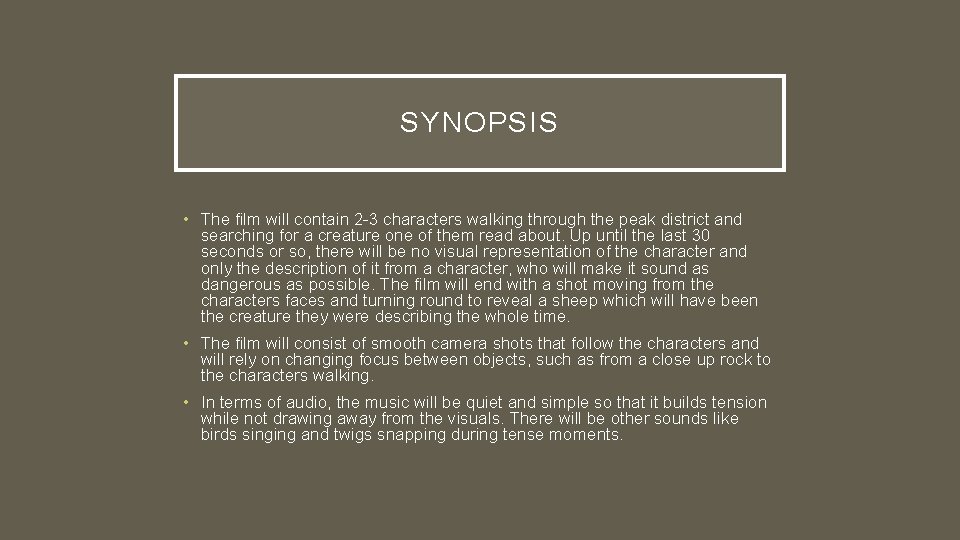 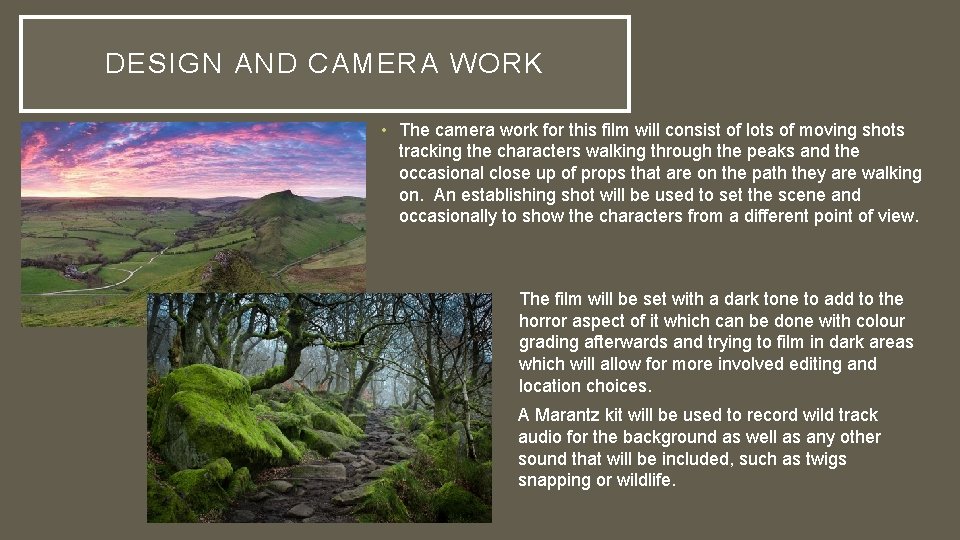 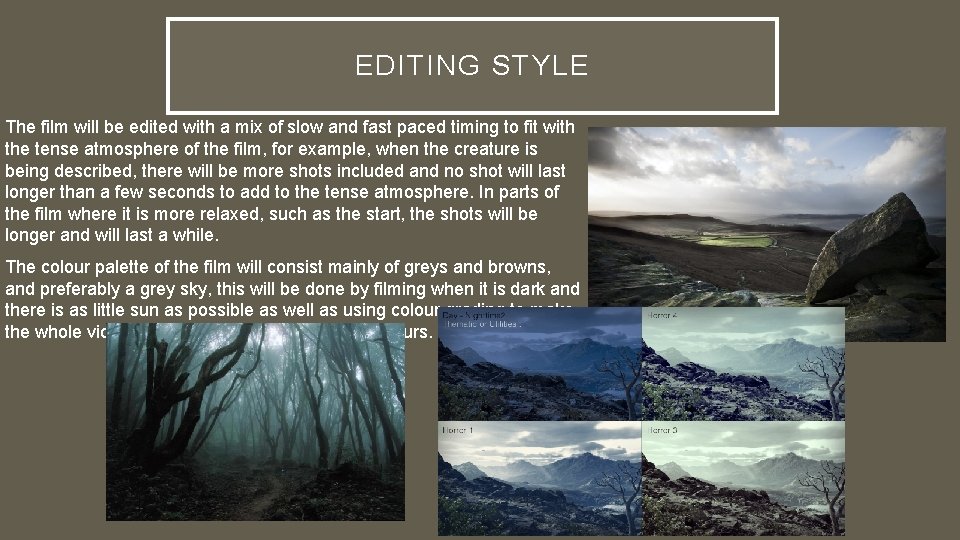 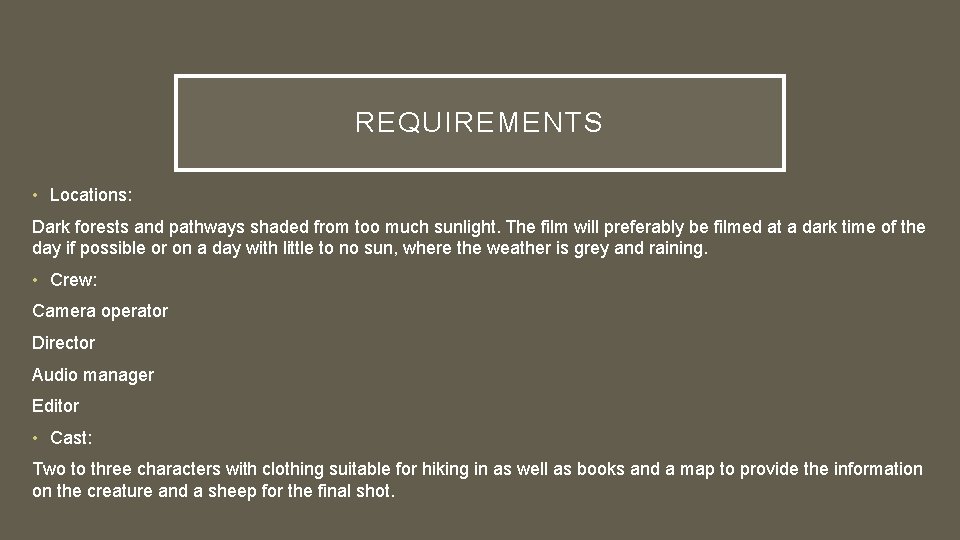 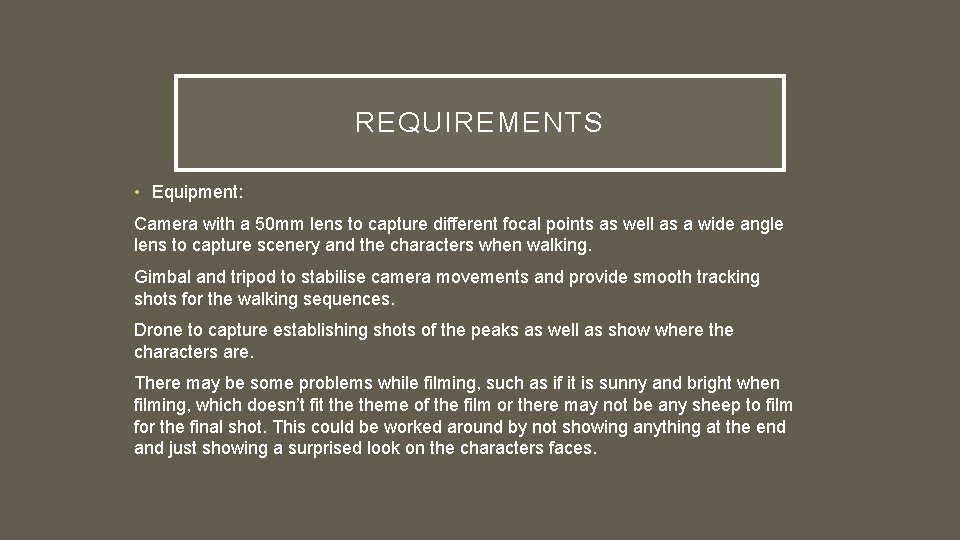 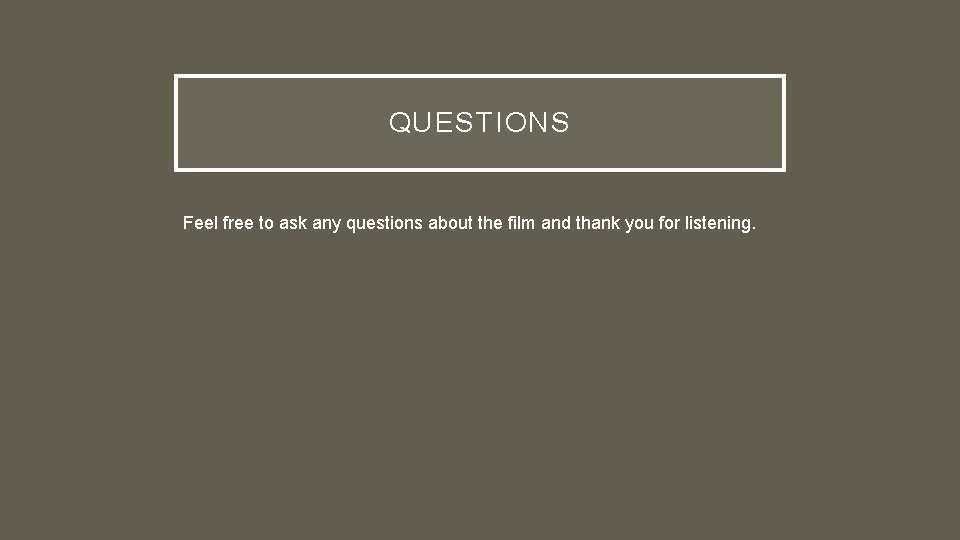 WHAT IS SHEPHERD? • The whole theme of the film is not showing what the characters are searching for to build tension. Right up until the end of the film the “villain” is described as dangerous and threatening, until it is revealed to be a sheep.

SYNOPSIS • The film will contain 2 -3 characters walking through the peak district and searching for a creature one of them read about. Up until the last 30 seconds or so, there will be no visual representation of the character and only the description of it from a character, who will make it sound as dangerous as possible. The film will end with a shot moving from the characters faces and turning round to reveal a sheep which will have been the creature they were describing the whole time. • The film will consist of smooth camera shots that follow the characters and will rely on changing focus between objects, such as from a close up rock to the characters walking. • In terms of audio, the music will be quiet and simple so that it builds tension while not drawing away from the visuals. There will be other sounds like birds singing and twigs snapping during tense moments.

DESIGN AND CAMERA WORK • The camera work for this film will consist of lots of moving shots tracking the characters walking through the peaks and the occasional close up of props that are on the path they are walking on. An establishing shot will be used to set the scene and occasionally to show the characters from a different point of view. The film will be set with a dark tone to add to the horror aspect of it which can be done with colour grading afterwards and trying to film in dark areas which will allow for more involved editing and location choices. A Marantz kit will be used to record wild track audio for the background as well as any other sound that will be included, such as twigs snapping or wildlife.

EDITING STYLE The film will be edited with a mix of slow and fast paced timing to fit with the tense atmosphere of the film, for example, when the creature is being described, there will be more shots included and no shot will last longer than a few seconds to add to the tense atmosphere. In parts of the film where it is more relaxed, such as the start, the shots will be longer and will last a while. The colour palette of the film will consist mainly of greys and browns, and preferably a grey sky, this will be done by filming when it is dark and there is as little sun as possible as well as using colour grading to make the whole video darker and reduce any bright colours.

REQUIREMENTS • Locations: Dark forests and pathways shaded from too much sunlight. The film will preferably be filmed at a dark time of the day if possible or on a day with little to no sun, where the weather is grey and raining. • Crew: Camera operator Director Audio manager Editor • Cast: Two to three characters with clothing suitable for hiking in as well as books and a map to provide the information on the creature and a sheep for the final shot.

REQUIREMENTS • Equipment: Camera with a 50 mm lens to capture different focal points as well as a wide angle lens to capture scenery and the characters when walking. Gimbal and tripod to stabilise camera movements and provide smooth tracking shots for the walking sequences. Drone to capture establishing shots of the peaks as well as show where the characters are. There may be some problems while filming, such as if it is sunny and bright when filming, which doesn’t fit theme of the film or there may not be any sheep to film for the final shot. This could be worked around by not showing anything at the end and just showing a surprised look on the characters faces.

QUESTIONS Feel free to ask any questions about the film and thank you for listening. 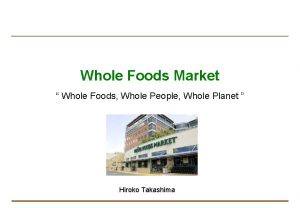 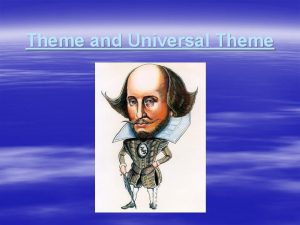 Theme and Universal Theme Theme A theme is 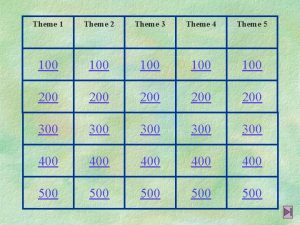 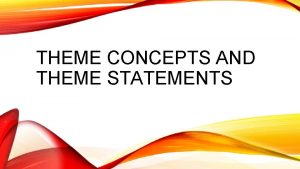 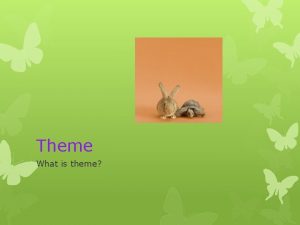 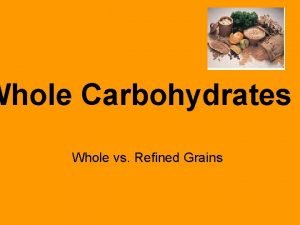 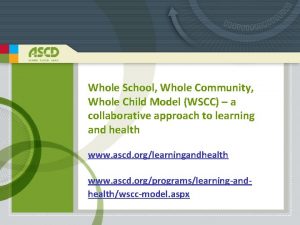