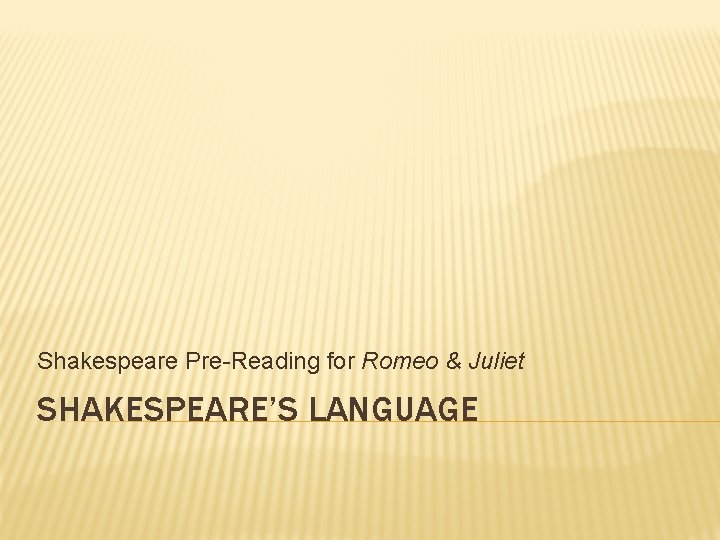 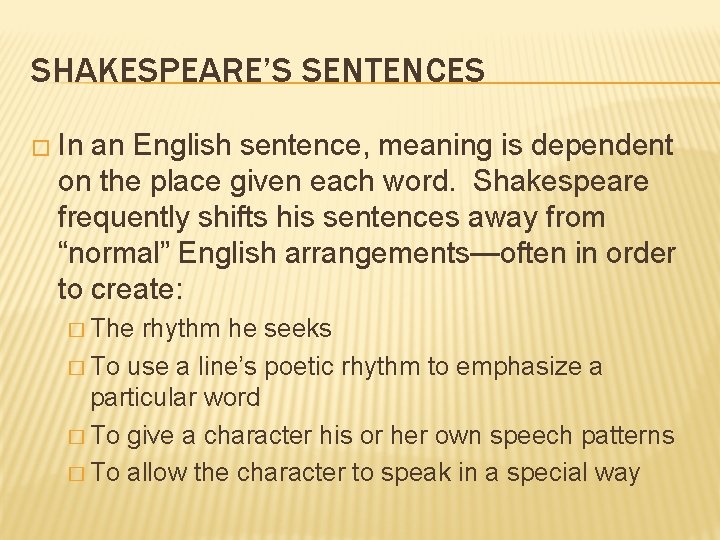 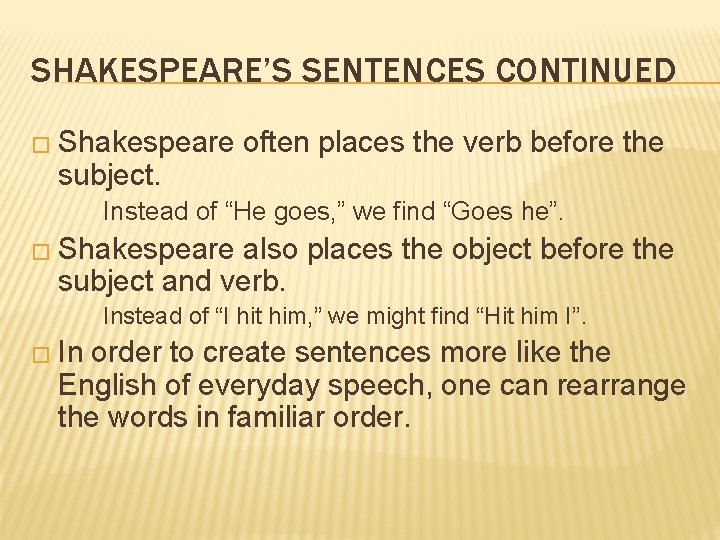 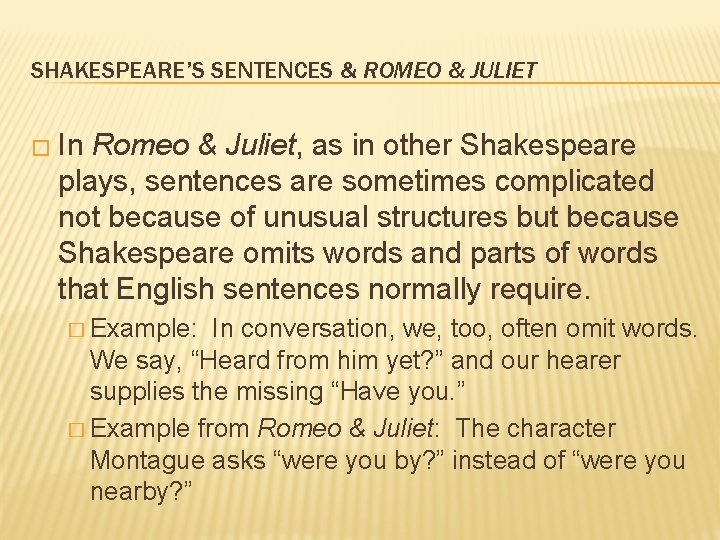 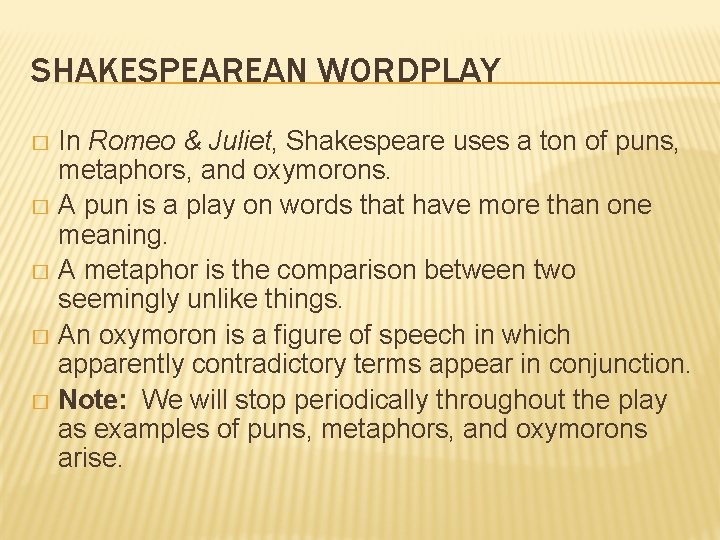 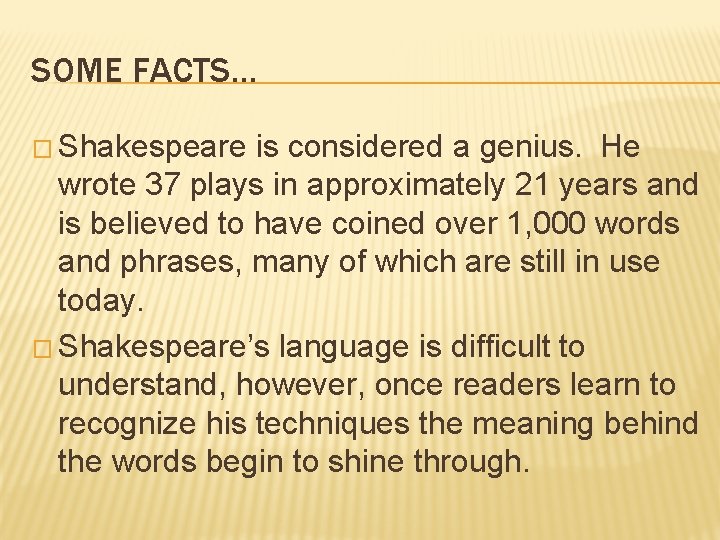 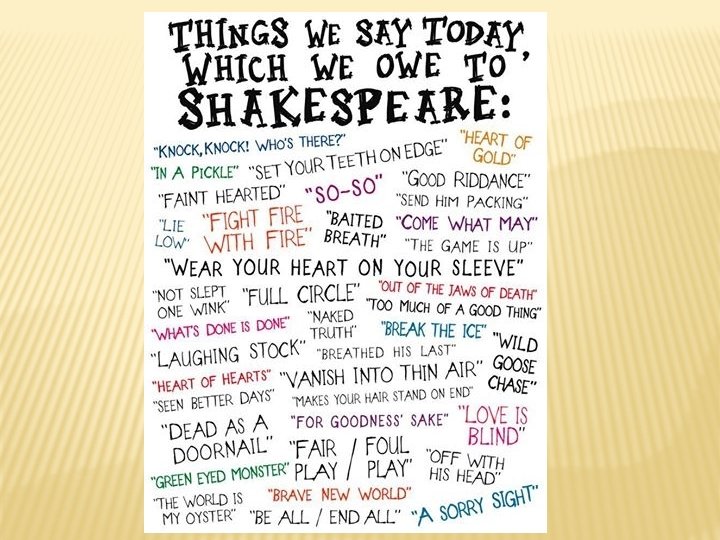 SHAKESPEARE’S SENTENCES � In an English sentence, meaning is dependent on the place given each word. Shakespeare frequently shifts his sentences away from “normal” English arrangements—often in order to create: � The rhythm he seeks � To use a line’s poetic rhythm to emphasize a particular word � To give a character his or her own speech patterns � To allow the character to speak in a special way

SHAKESPEARE’S SENTENCES CONTINUED � Shakespeare subject. often places the verb before the Instead of “He goes, ” we find “Goes he”. � Shakespeare also places the object before the subject and verb. Instead of “I hit him, ” we might find “Hit him I”. � In order to create sentences more like the English of everyday speech, one can rearrange the words in familiar order.

SHAKESPEARE’S SENTENCES & ROMEO & JULIET � In Romeo & Juliet, as in other Shakespeare plays, sentences are sometimes complicated not because of unusual structures but because Shakespeare omits words and parts of words that English sentences normally require. � Example: In conversation, we, too, often omit words. We say, “Heard from him yet? ” and our hearer supplies the missing “Have you. ” � Example from Romeo & Juliet: The character Montague asks “were you by? ” instead of “were you nearby? ”

SHAKESPEAREAN WORDPLAY In Romeo & Juliet, Shakespeare uses a ton of puns, metaphors, and oxymorons. � A pun is a play on words that have more than one meaning. � A metaphor is the comparison between two seemingly unlike things. � An oxymoron is a figure of speech in which apparently contradictory terms appear in conjunction. � Note: We will stop periodically throughout the play as examples of puns, metaphors, and oxymorons arise. �

SOME FACTS… � Shakespeare is considered a genius. He wrote 37 plays in approximately 21 years and is believed to have coined over 1, 000 words and phrases, many of which are still in use today. � Shakespeare’s language is difficult to understand, however, once readers learn to recognize his techniques the meaning behind the words begin to shine through. 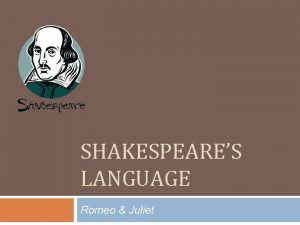 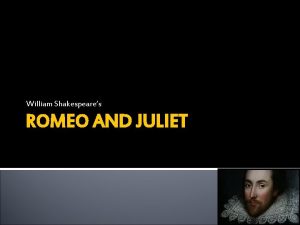 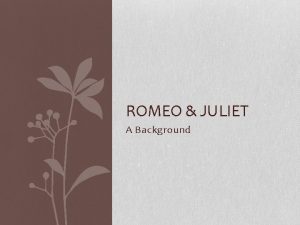 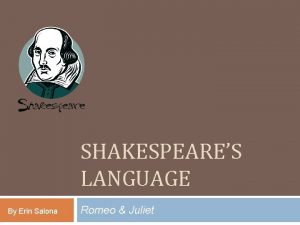 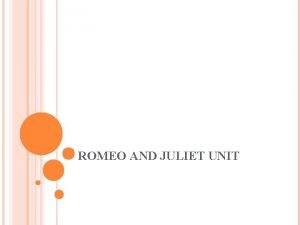 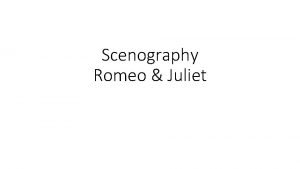