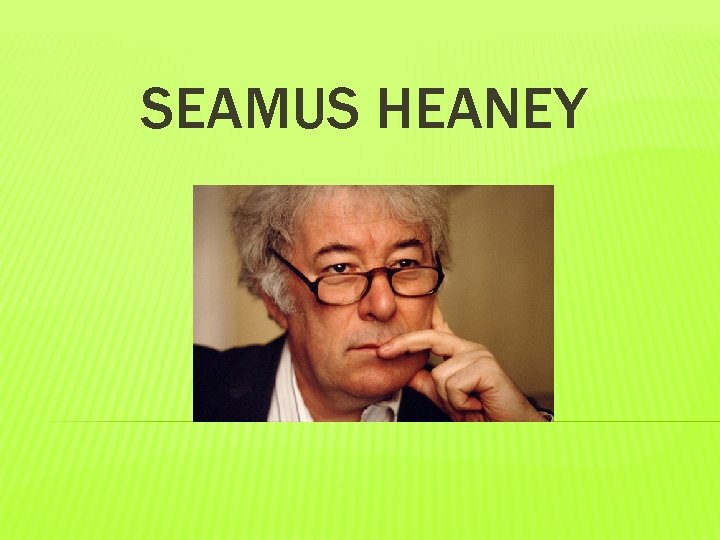 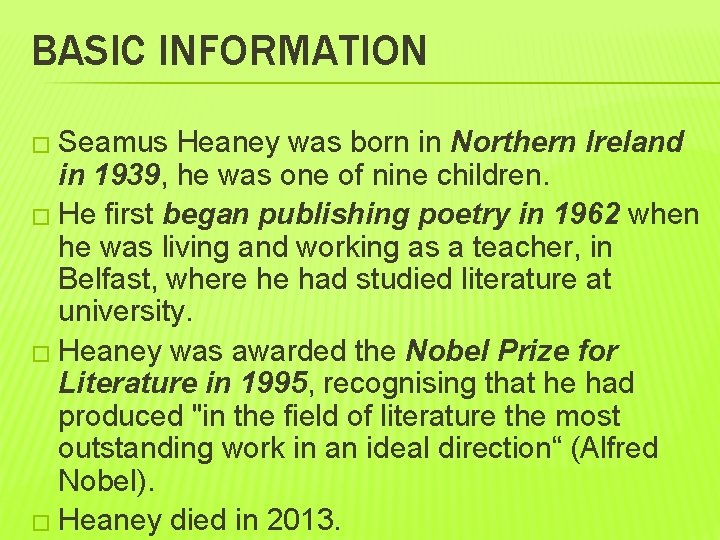 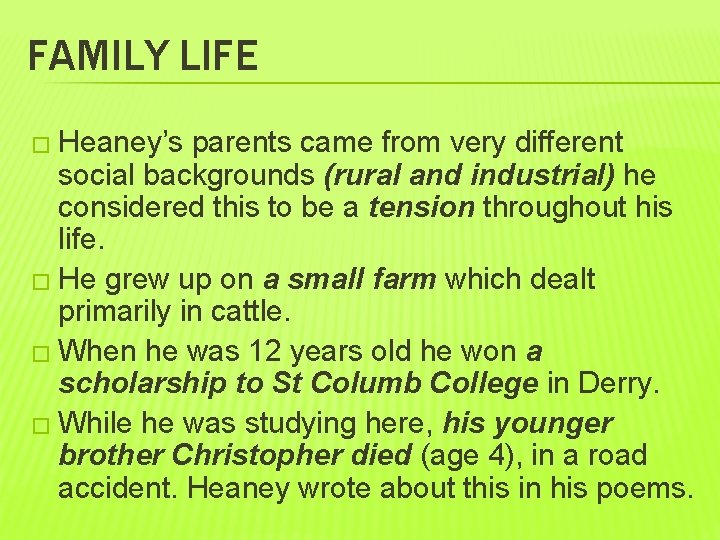 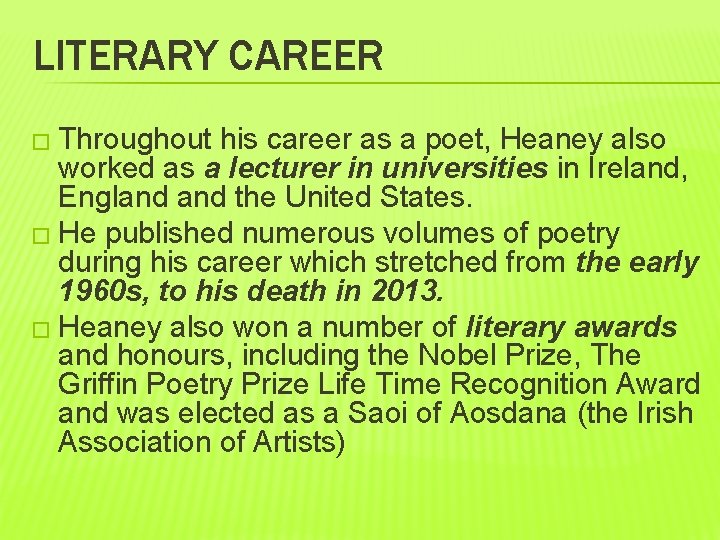 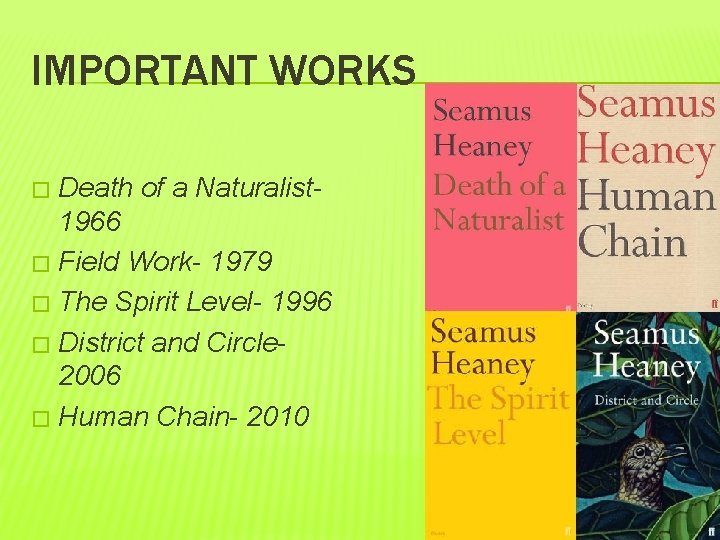 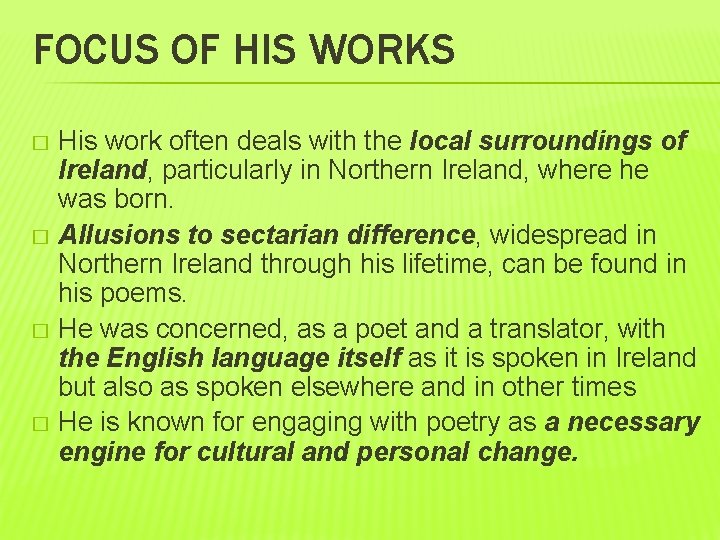 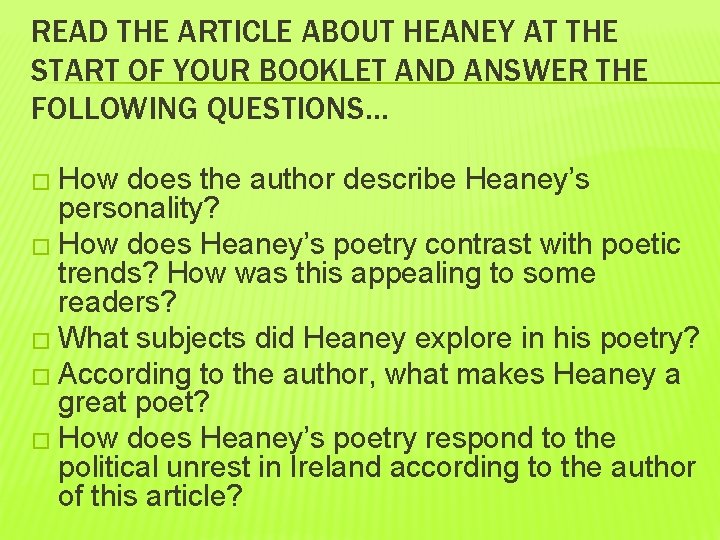 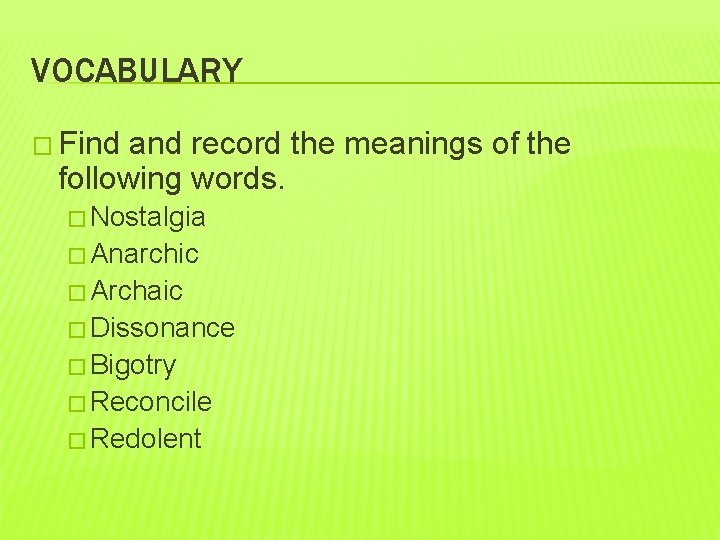 BASIC INFORMATION � Seamus Heaney was born in Northern Ireland in 1939, he was one of nine children. � He first began publishing poetry in 1962 when he was living and working as a teacher, in Belfast, where he had studied literature at university. � Heaney was awarded the Nobel Prize for Literature in 1995, recognising that he had produced "in the field of literature the most outstanding work in an ideal direction“ (Alfred Nobel). � Heaney died in 2013.

FAMILY LIFE � Heaney’s parents came from very different social backgrounds (rural and industrial) he considered this to be a tension throughout his life. � He grew up on a small farm which dealt primarily in cattle. � When he was 12 years old he won a scholarship to St Columb College in Derry. � While he was studying here, his younger brother Christopher died (age 4), in a road accident. Heaney wrote about this in his poems.

LITERARY CAREER � Throughout his career as a poet, Heaney also worked as a lecturer in universities in Ireland, England the United States. � He published numerous volumes of poetry during his career which stretched from the early 1960 s, to his death in 2013. � Heaney also won a number of literary awards and honours, including the Nobel Prize, The Griffin Poetry Prize Life Time Recognition Award and was elected as a Saoi of Aosdana (the Irish Association of Artists)

FOCUS OF HIS WORKS His work often deals with the local surroundings of Ireland, particularly in Northern Ireland, where he was born. � Allusions to sectarian difference, widespread in Northern Ireland through his lifetime, can be found in his poems. � He was concerned, as a poet and a translator, with the English language itself as it is spoken in Ireland but also as spoken elsewhere and in other times � He is known for engaging with poetry as a necessary engine for cultural and personal change. � 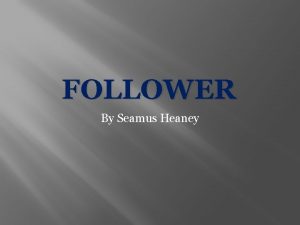 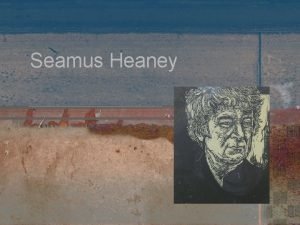 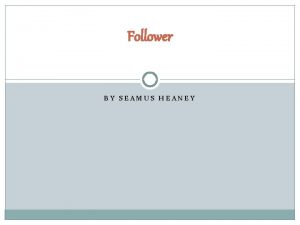 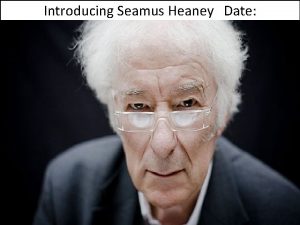 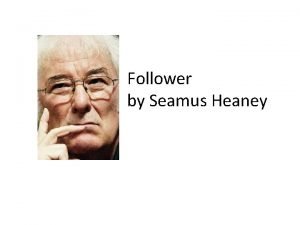 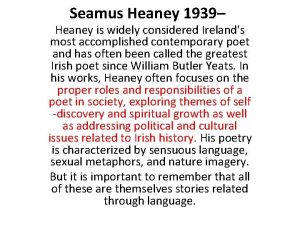 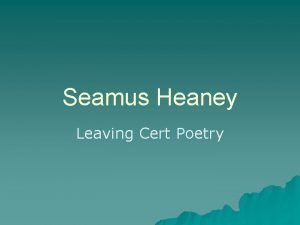