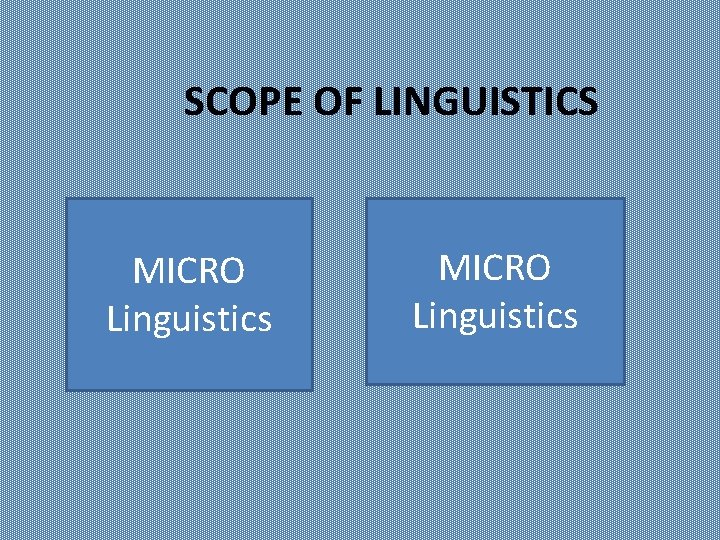 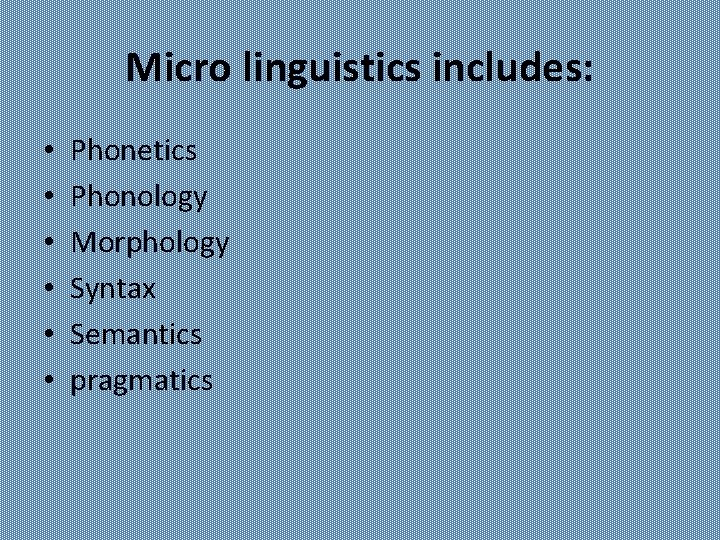 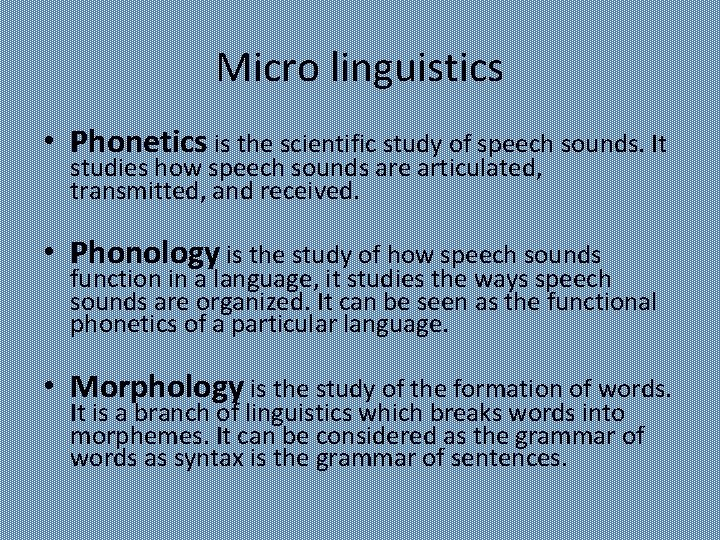 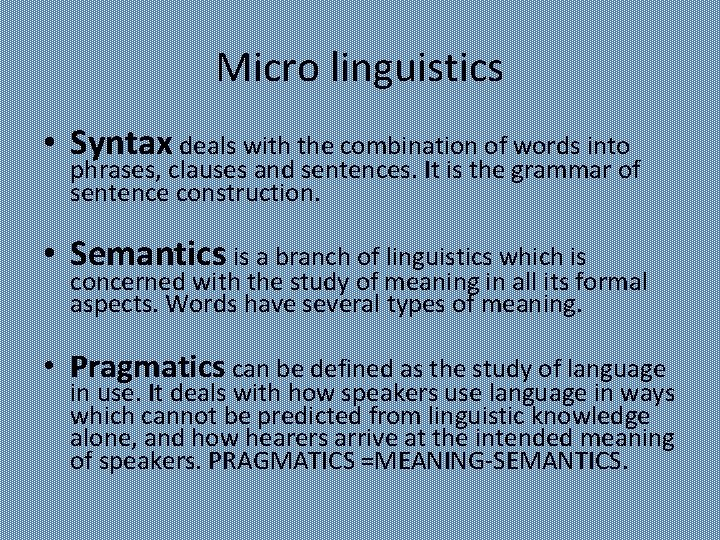 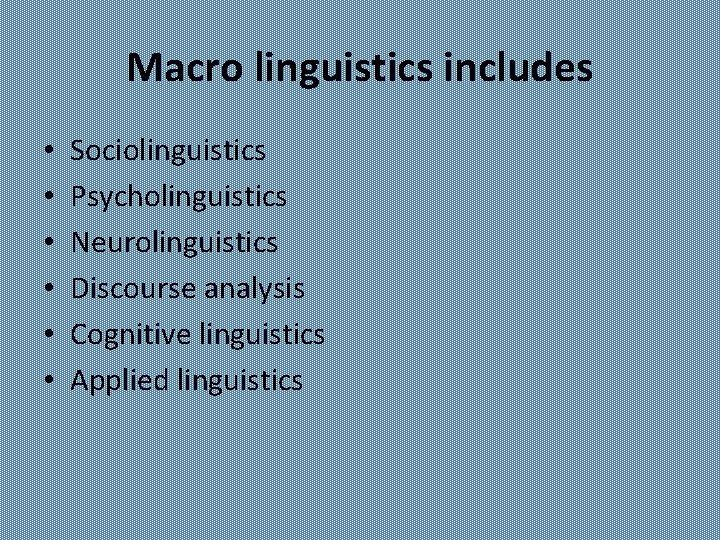 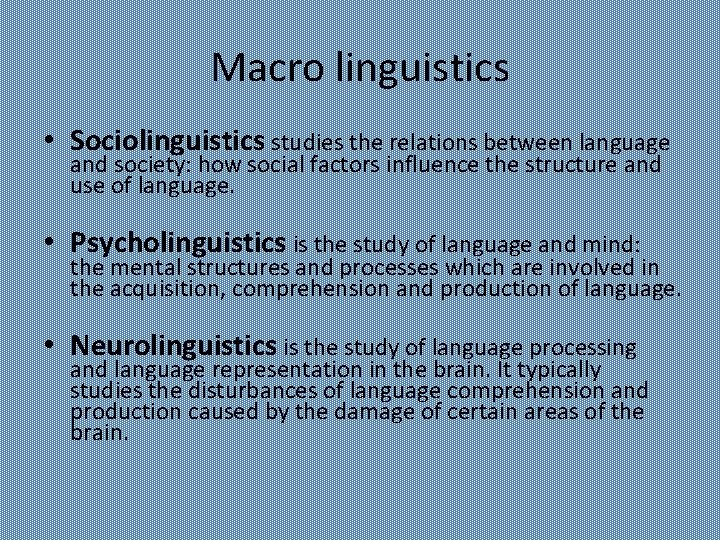 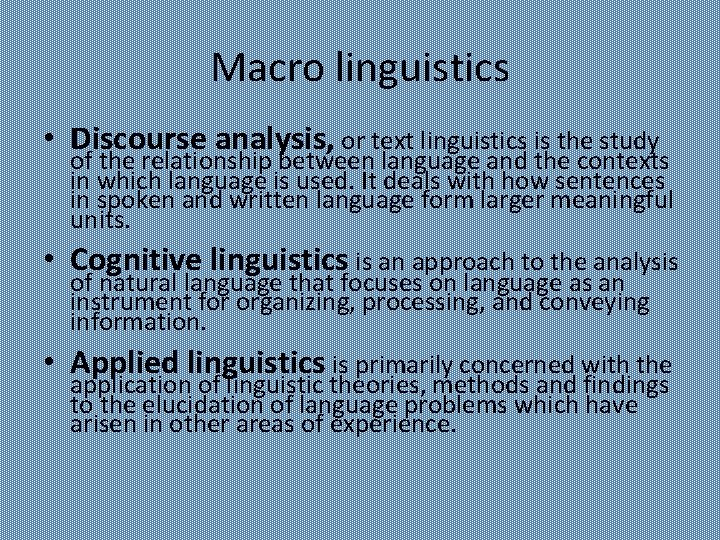 Micro linguistics • Syntax deals with the combination of words into phrases, clauses and sentences. It is the grammar of sentence construction. • Semantics is a branch of linguistics which is concerned with the study of meaning in all its formal aspects. Words have several types of meaning. • Pragmatics can be defined as the study of language in use. It deals with how speakers use language in ways which cannot be predicted from linguistic knowledge alone, and how hearers arrive at the intended meaning of speakers. PRAGMATICS =MEANING-SEMANTICS.

Macro linguistics • Discourse analysis, or text linguistics is the study of the relationship between language and the contexts in which language is used. It deals with how sentences in spoken and written language form larger meaningful units. • Cognitive linguistics is an approach to the analysis of natural language that focuses on language as an instrument for organizing, processing, and conveying information. • Applied linguistics is primarily concerned with the application of linguistic theories, methods and findings to the elucidation of language problems which have arisen in other areas of experience. 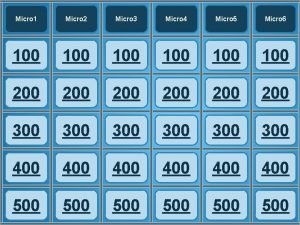 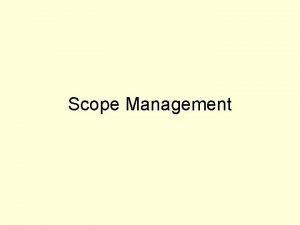 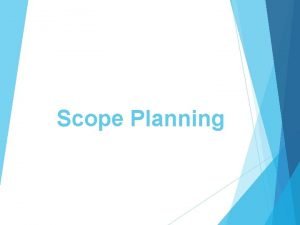 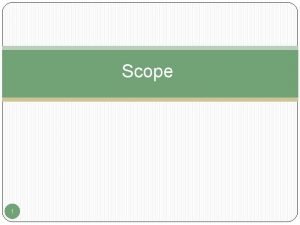 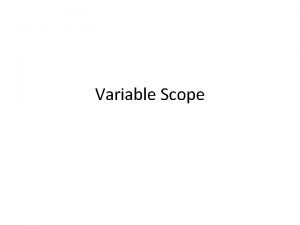 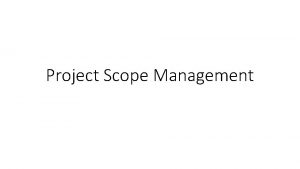