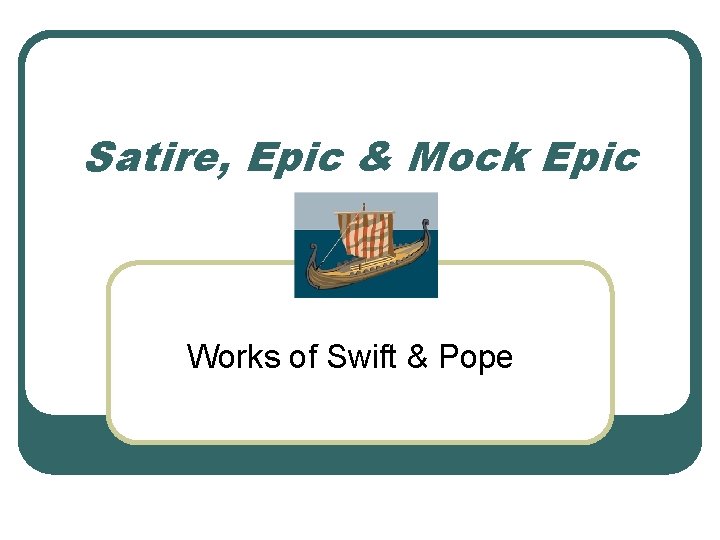 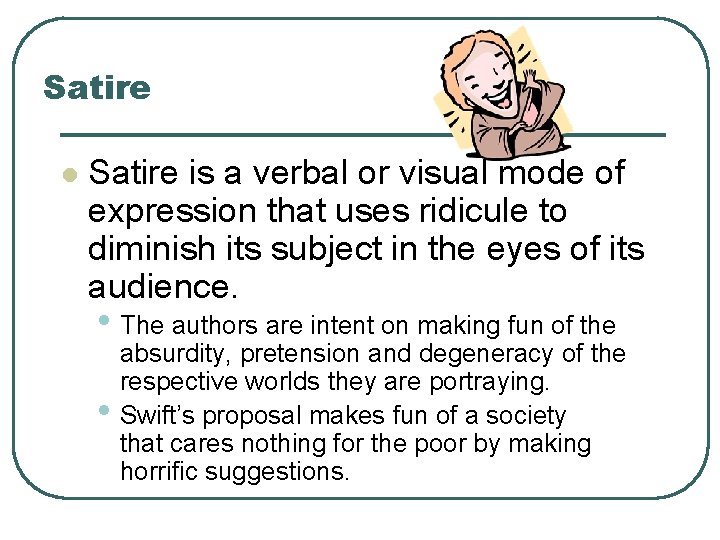 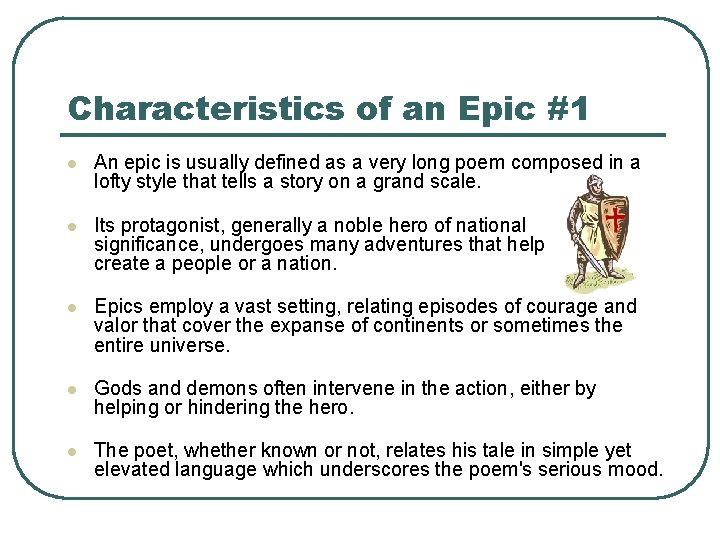 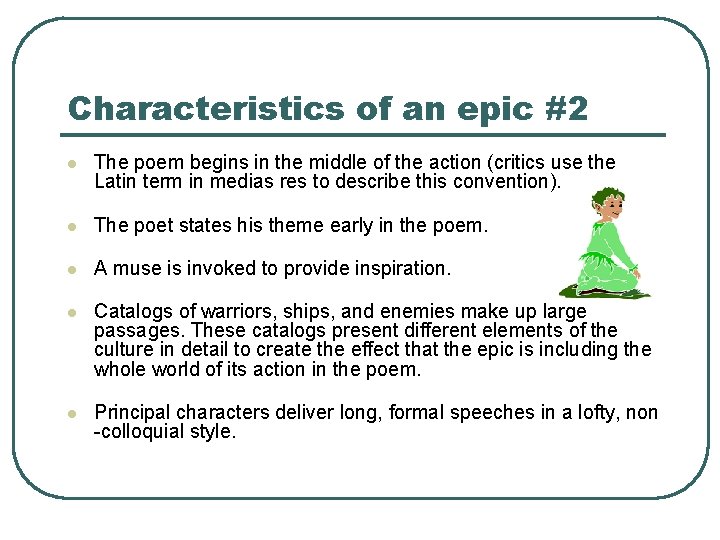 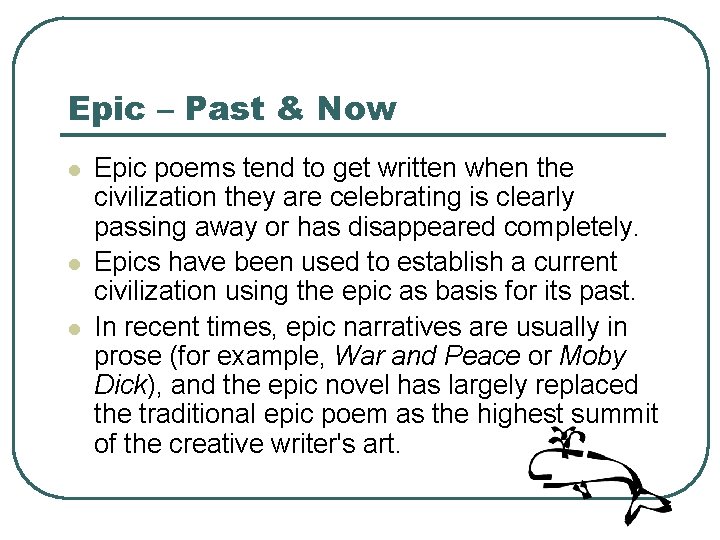 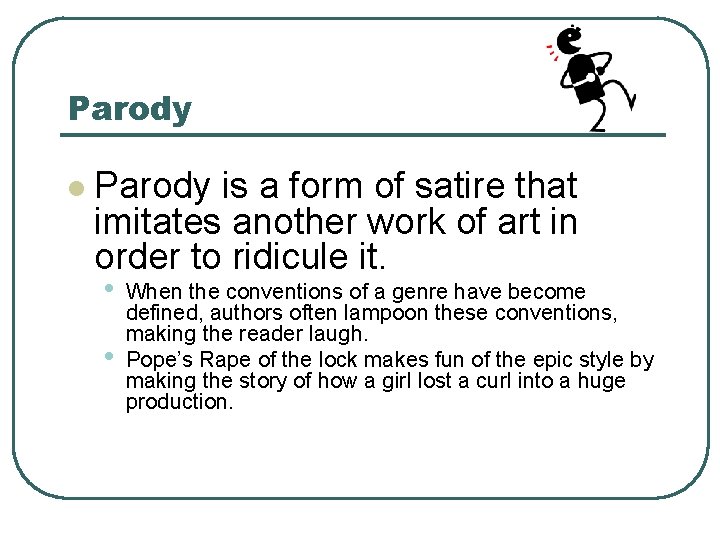 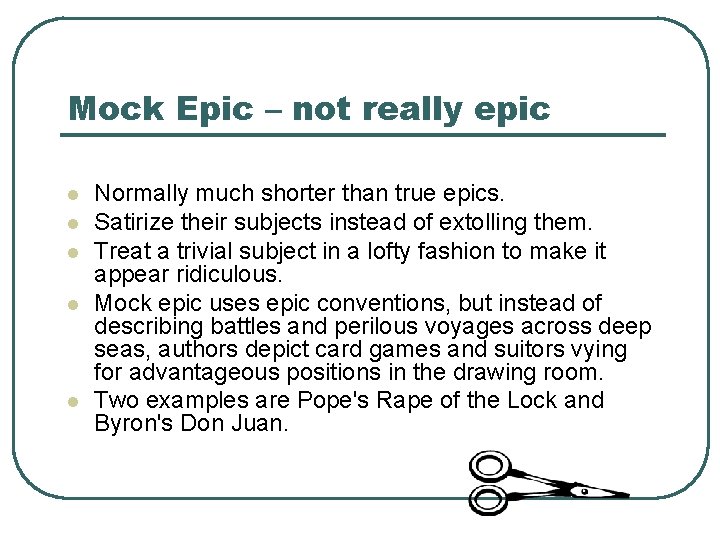 Satire l Satire is a verbal or visual mode of expression that uses ridicule to diminish its subject in the eyes of its audience. • The authors are intent on making fun of the • absurdity, pretension and degeneracy of the respective worlds they are portraying. Swift’s proposal makes fun of a society that cares nothing for the poor by making horrific suggestions.

Characteristics of an Epic #1 l An epic is usually defined as a very long poem composed in a lofty style that tells a story on a grand scale. l Its protagonist, generally a noble hero of national significance, undergoes many adventures that help create a people or a nation. l Epics employ a vast setting, relating episodes of courage and valor that cover the expanse of continents or sometimes the entire universe. l Gods and demons often intervene in the action, either by helping or hindering the hero. l The poet, whether known or not, relates his tale in simple yet elevated language which underscores the poem's serious mood.

Characteristics of an epic #2 l The poem begins in the middle of the action (critics use the Latin term in medias res to describe this convention). l The poet states his theme early in the poem. l A muse is invoked to provide inspiration. l Catalogs of warriors, ships, and enemies make up large passages. These catalogs present different elements of the culture in detail to create the effect that the epic is including the whole world of its action in the poem. l Principal characters deliver long, formal speeches in a lofty, non -colloquial style. 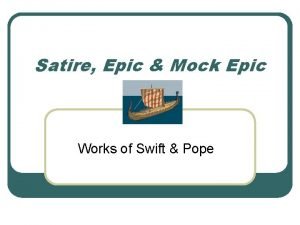 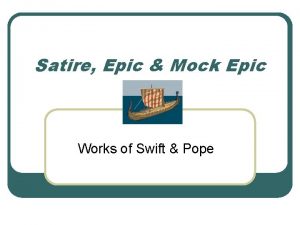 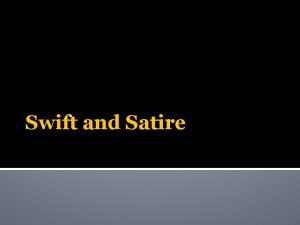 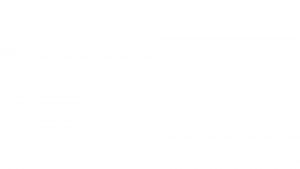 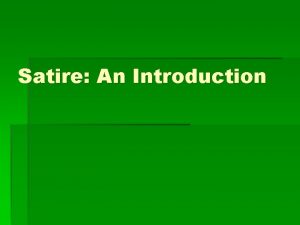 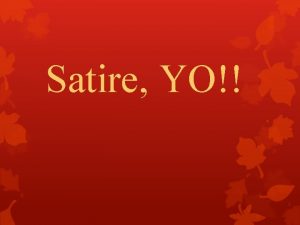