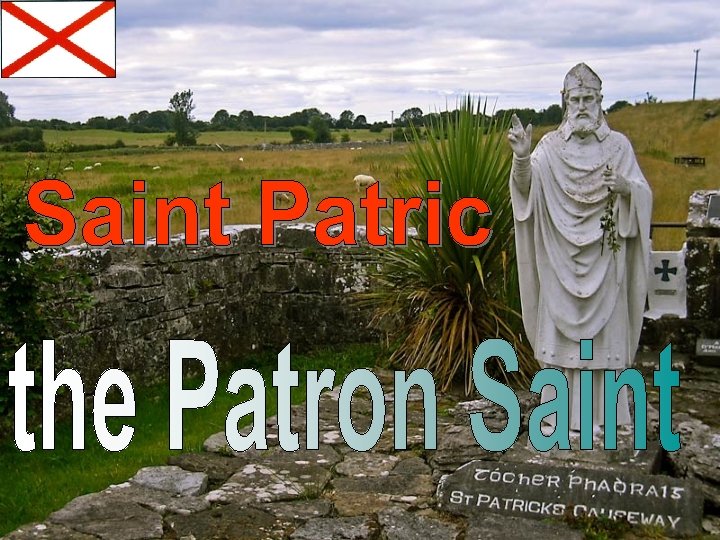 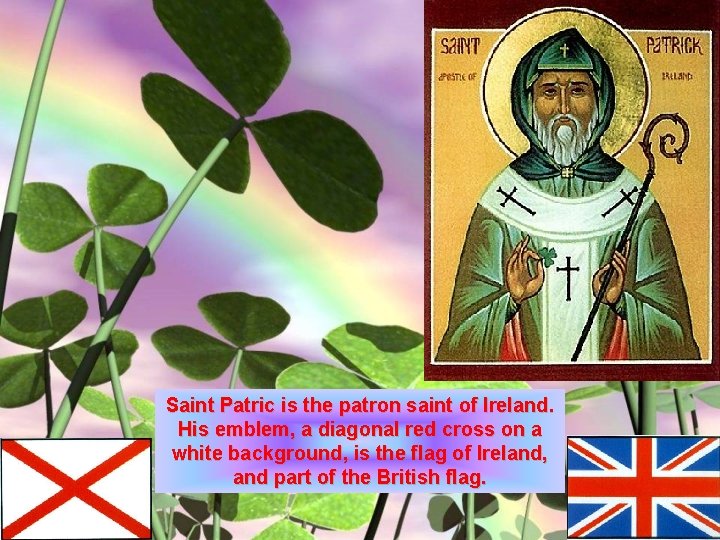 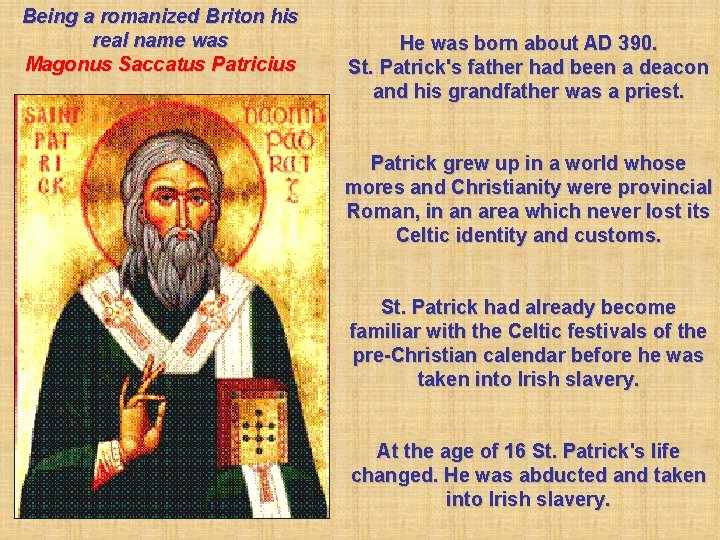 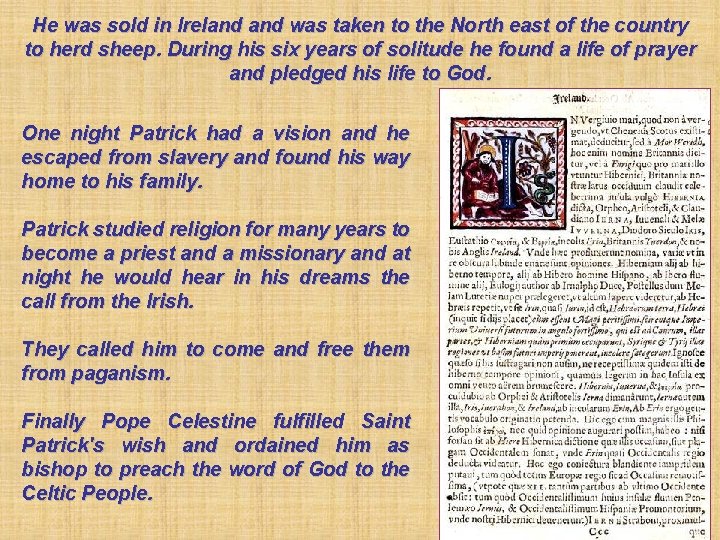 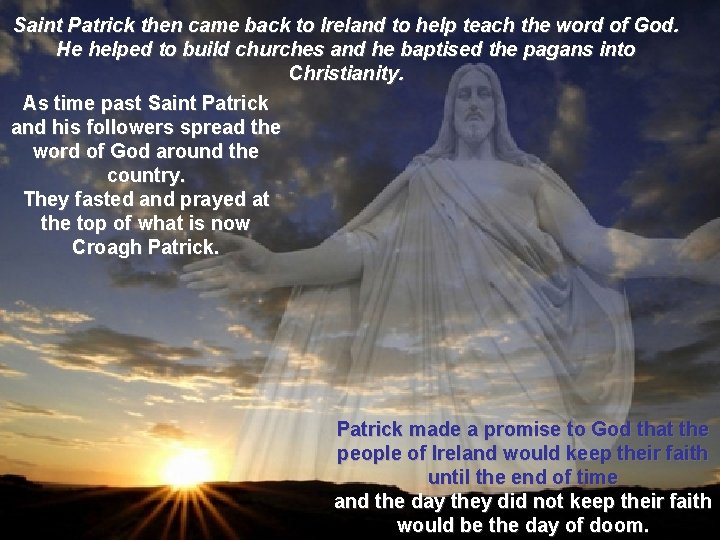 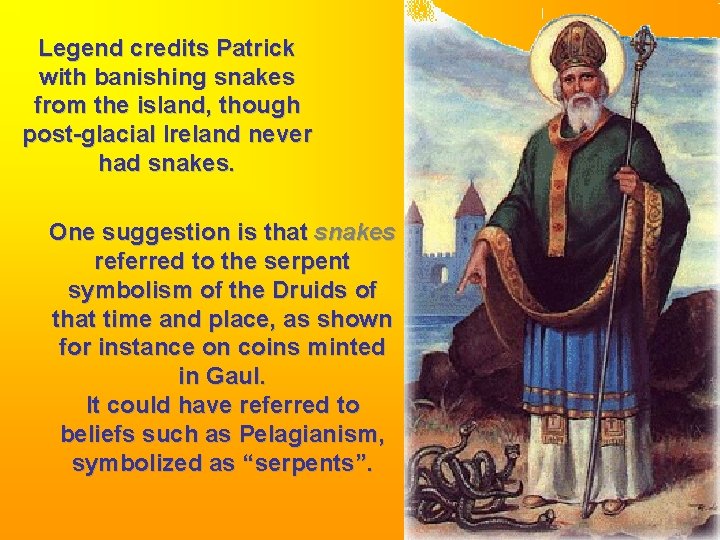 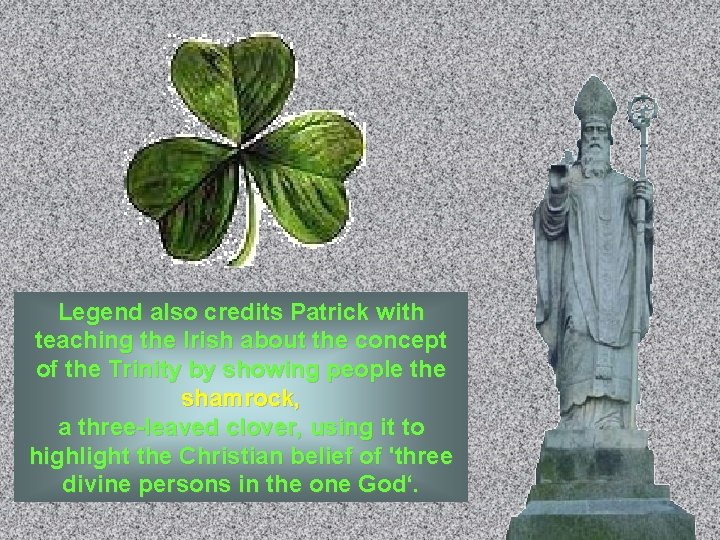 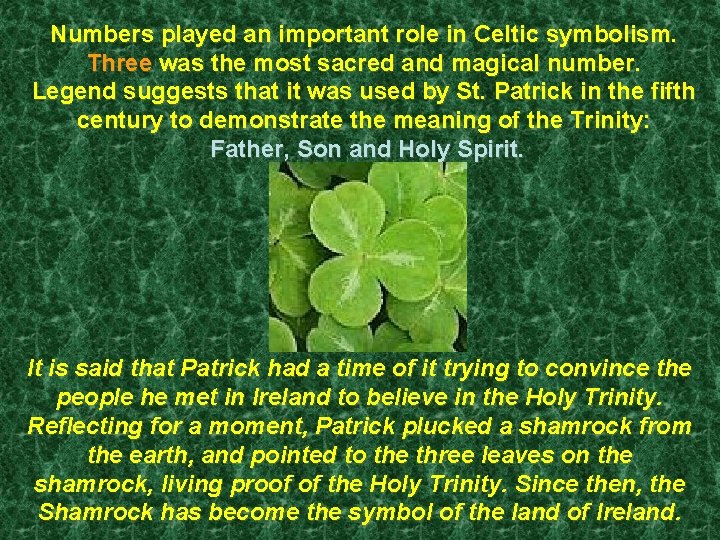 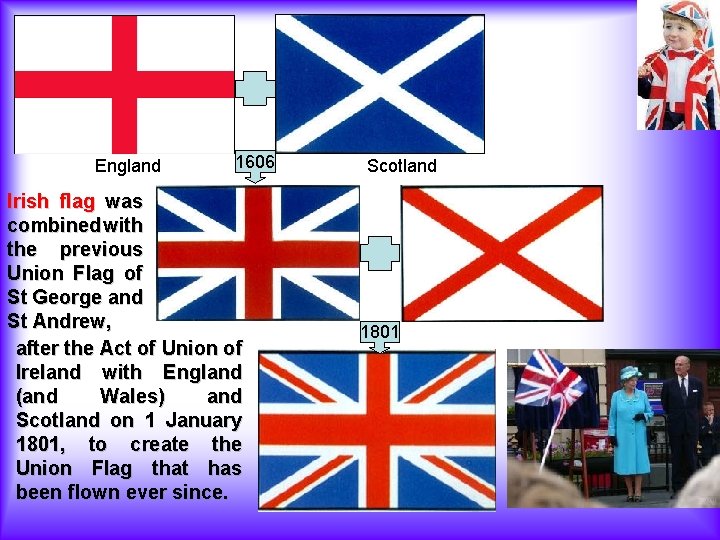 Saint Patric is the patron saint of Ireland. His emblem, a diagonal red cross on a white background, is the flag of Ireland, and part of the British flag.

Being a romanized Briton his real name was Magonus Saccatus Patricius He was born about AD 390. St. Patrick's father had been a deacon and his grandfather was a priest. Patrick grew up in a world whose mores and Christianity were provincial Roman, in an area which never lost its Celtic identity and customs. St. Patrick had already become familiar with the Celtic festivals of the pre-Christian calendar before he was taken into Irish slavery. At the age of 16 St. Patrick's life changed. He was abducted and taken into Irish slavery.

He was sold in Ireland was taken to the North east of the country to herd sheep. During his six years of solitude he found a life of prayer and pledged his life to God. One night Patrick had a vision and he escaped from slavery and found his way home to his family. Patrick studied religion for many years to become a priest and a missionary and at night he would hear in his dreams the call from the Irish. They called him to come and free them from paganism. Finally Pope Celestine fulfilled Saint Patrick's wish and ordained him as bishop to preach the word of God to the Celtic People.

Saint Patrick then came back to Ireland to help teach the word of God. He helped to build churches and he baptised the pagans into Christianity. As time past Saint Patrick and his followers spread the word of God around the country. They fasted and prayed at the top of what is now Croagh Patrick made a promise to God that the people of Ireland would keep their faith until the end of time and the day they did not keep their faith would be the day of doom.

Legend credits Patrick with banishing snakes from the island, though post-glacial Ireland never had snakes. One suggestion is that snakes referred to the serpent symbolism of the Druids of that time and place, as shown for instance on coins minted in Gaul. It could have referred to beliefs such as Pelagianism, symbolized as “serpents”.

Legend also credits Patrick with teaching the Irish about the concept of the Trinity by showing people the shamrock, a three-leaved clover, using it to highlight the Christian belief of 'three divine persons in the one God‘.

Numbers played an important role in Celtic symbolism. Three was the most sacred and magical number. Legend suggests that it was used by St. Patrick in the fifth century to demonstrate the meaning of the Trinity: Father, Son and Holy Spirit. It is said that Patrick had a time of it trying to convince the people he met in Ireland to believe in the Holy Trinity. Reflecting for a moment, Patrick plucked a shamrock from the earth, and pointed to the three leaves on the shamrock, living proof of the Holy Trinity. Since then, the Shamrock has become the symbol of the land of Ireland.

England 1606 Irish flag was combined with the previous Union Flag of St George and St Andrew, after the Act of Union of Ireland with England (and Wales) and Scotland on 1 January 1801, to create the Union Flag that has been flown ever since. Scotland 1801 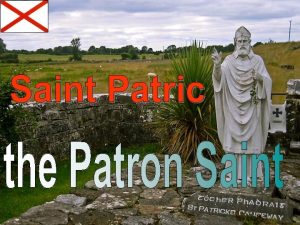 Saint Patric is the patron saint of Ireland 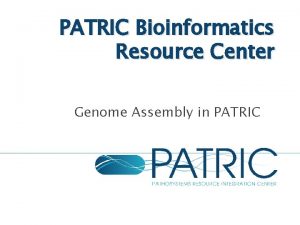 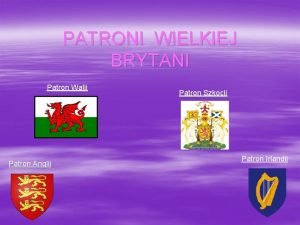 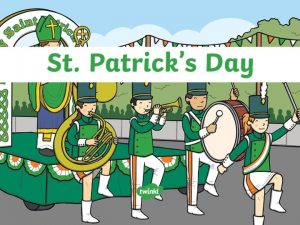 Saint Patrick is the patron saint of Ireland 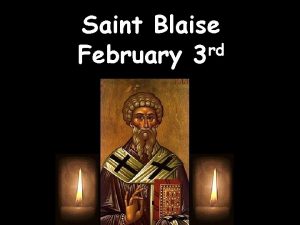 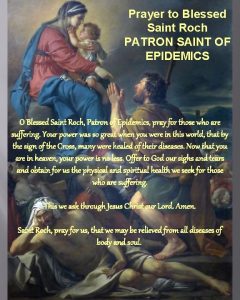 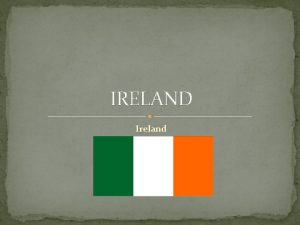 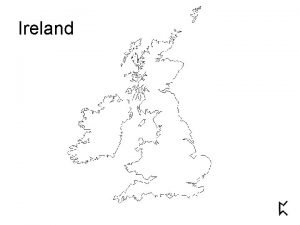