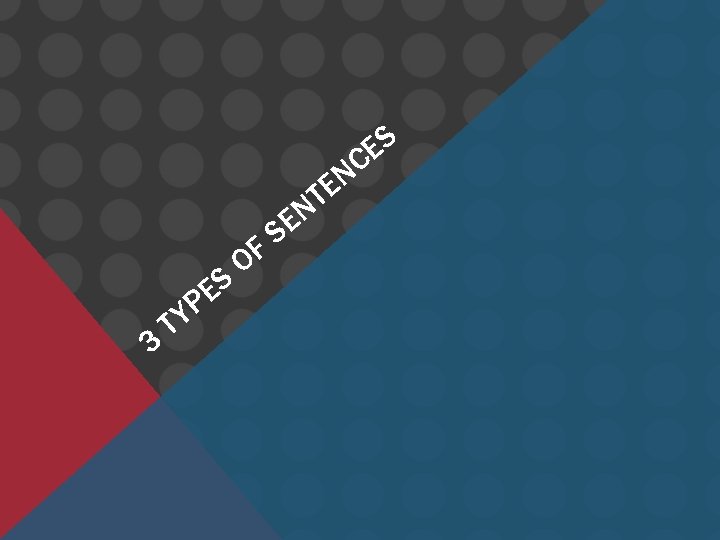 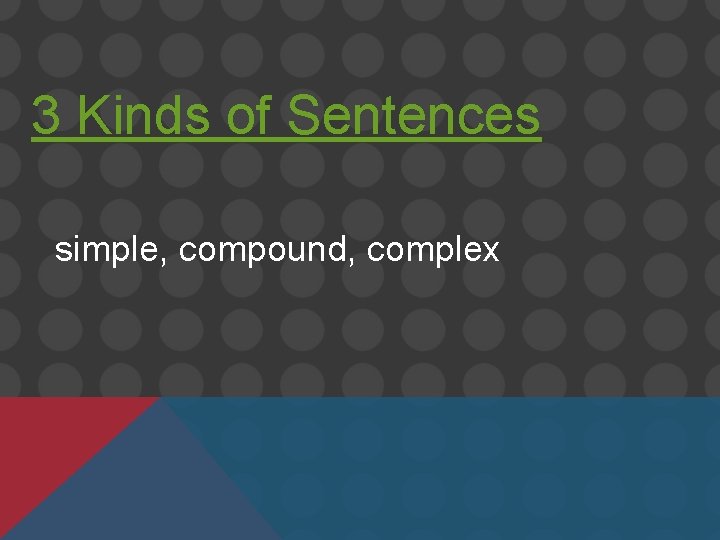 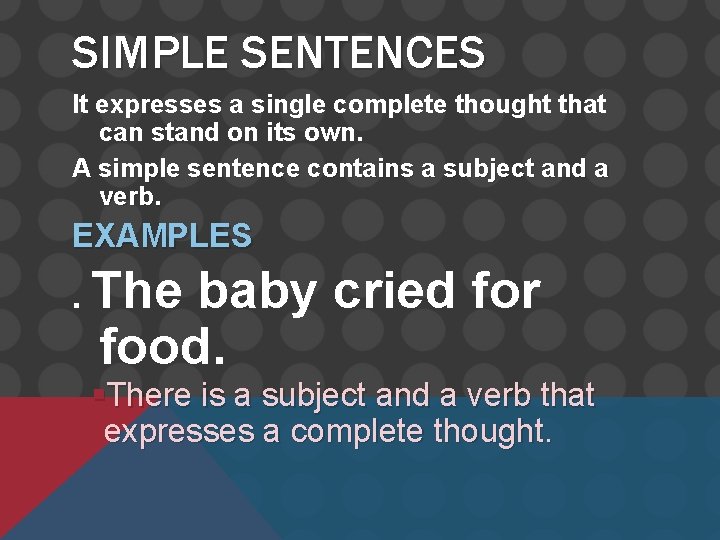 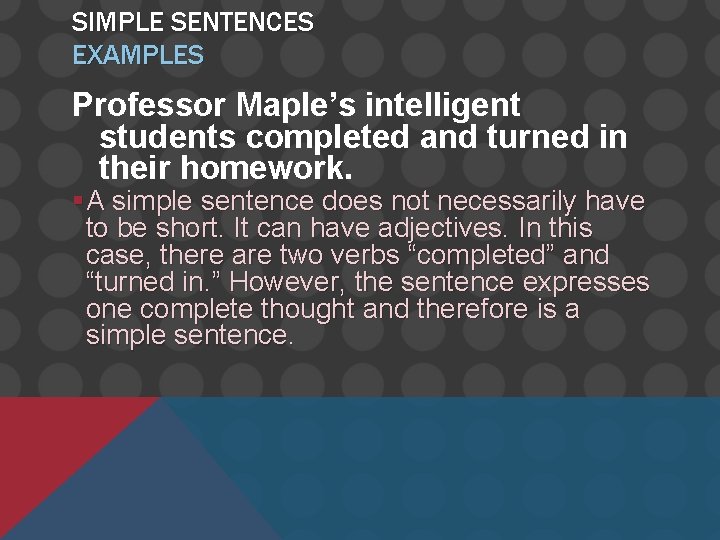 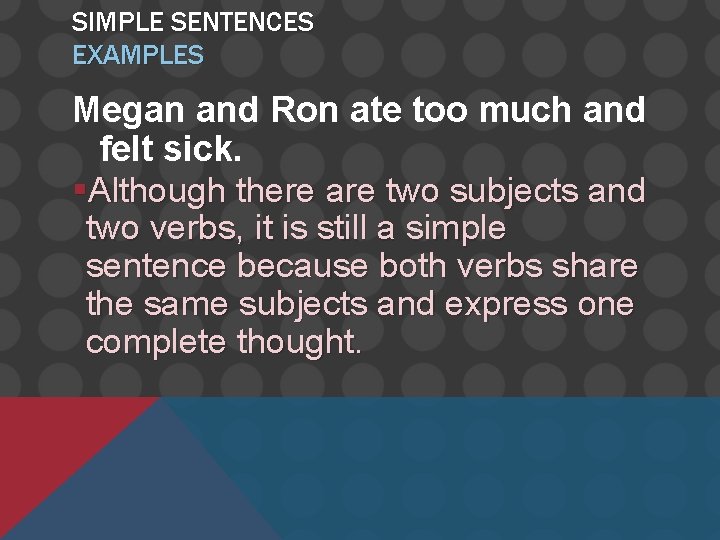 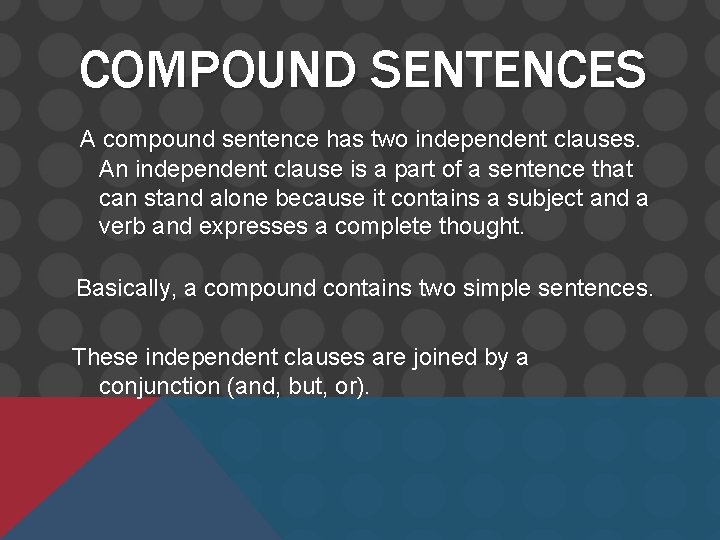 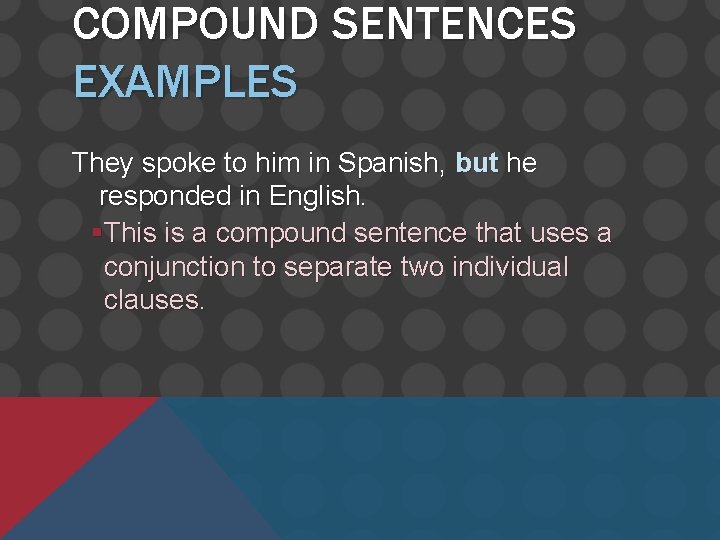 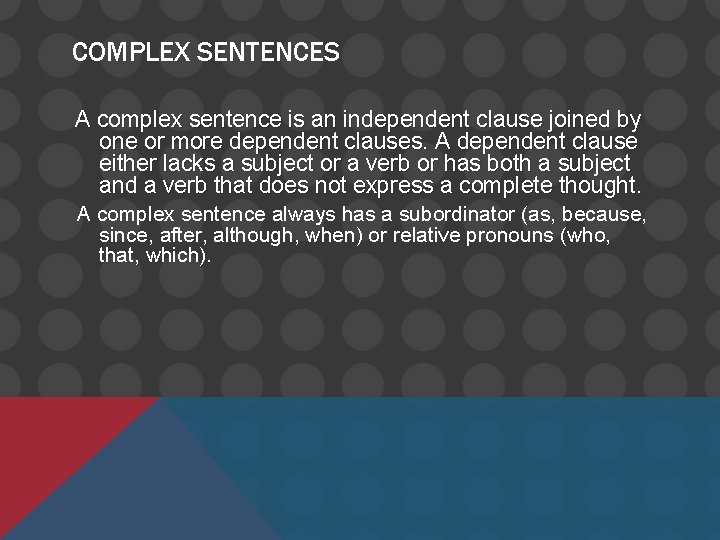 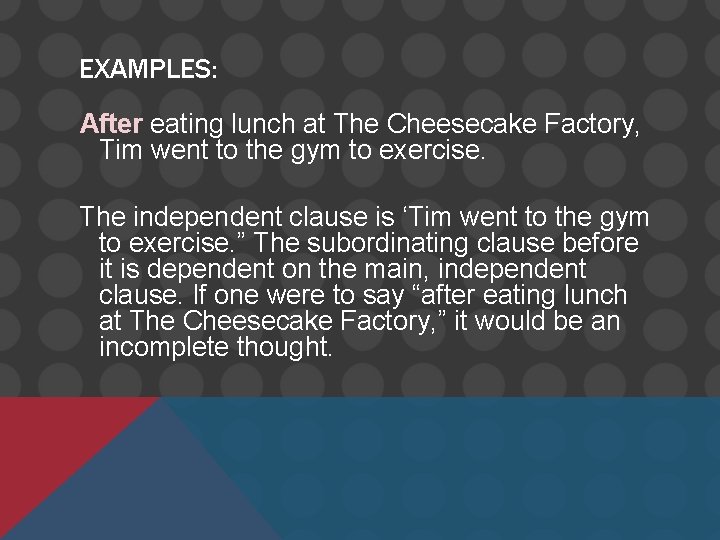 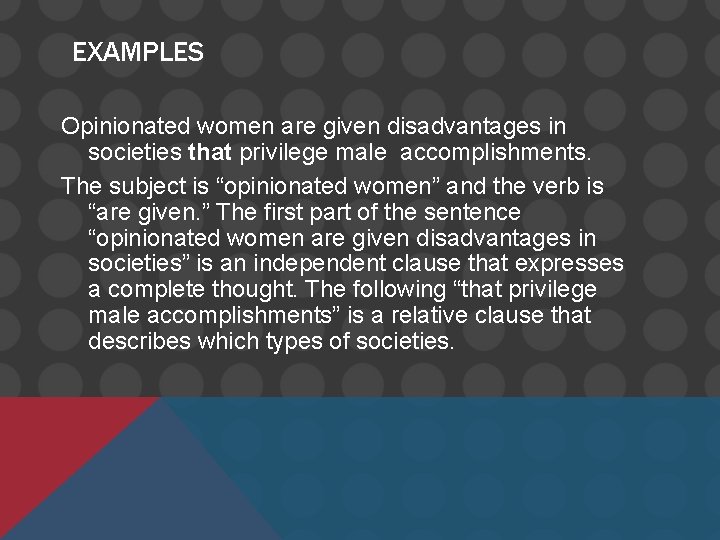 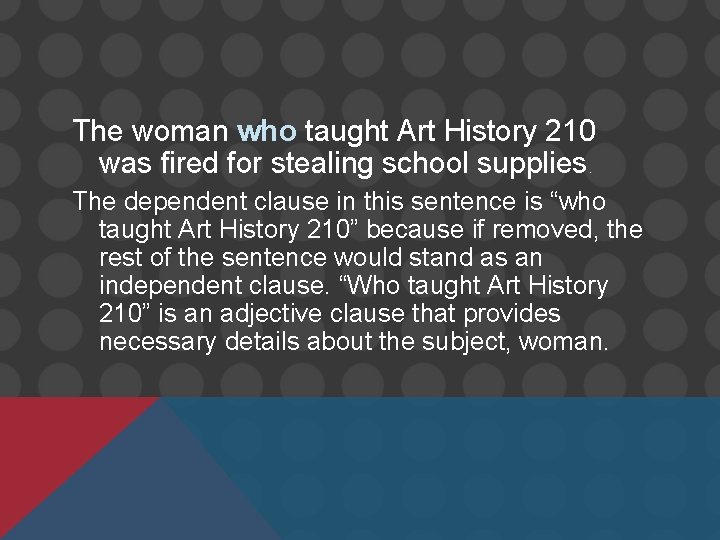 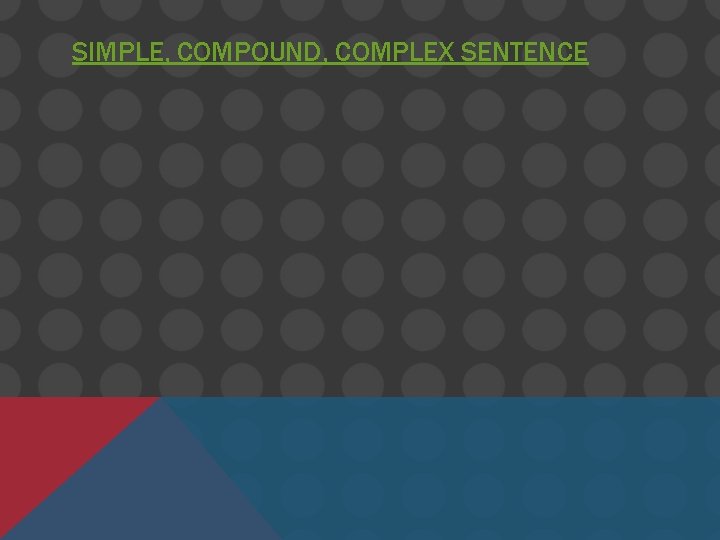 SIMPLE SENTENCES EXAMPLES Professor Maple’s intelligent students completed and turned in their homework. §A simple sentence does not necessarily have to be short. It can have adjectives. In this case, there are two verbs “completed” and “turned in. ” However, the sentence expresses one complete thought and therefore is a simple sentence.

SIMPLE SENTENCES EXAMPLES Megan and Ron ate too much and felt sick. §Although there are two subjects and two verbs, it is still a simple sentence because both verbs share the same subjects and express one complete thought.

COMPOUND SENTENCES EXAMPLES They spoke to him in Spanish, but he responded in English. §This is a compound sentence that uses a conjunction to separate two individual clauses.