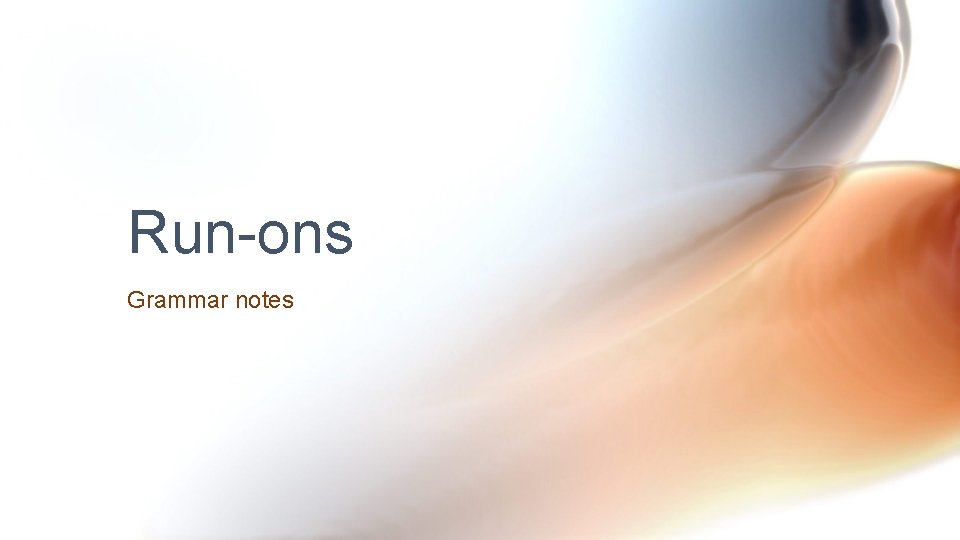 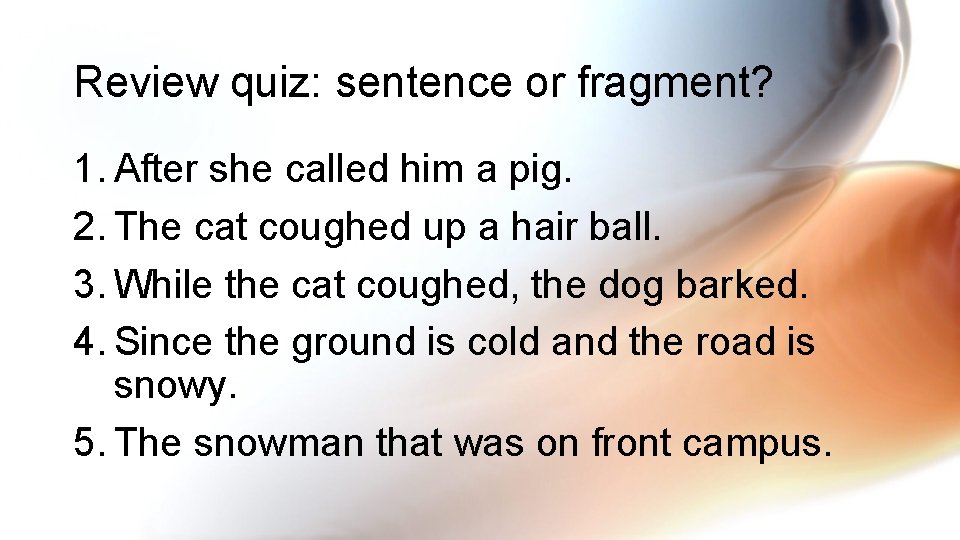 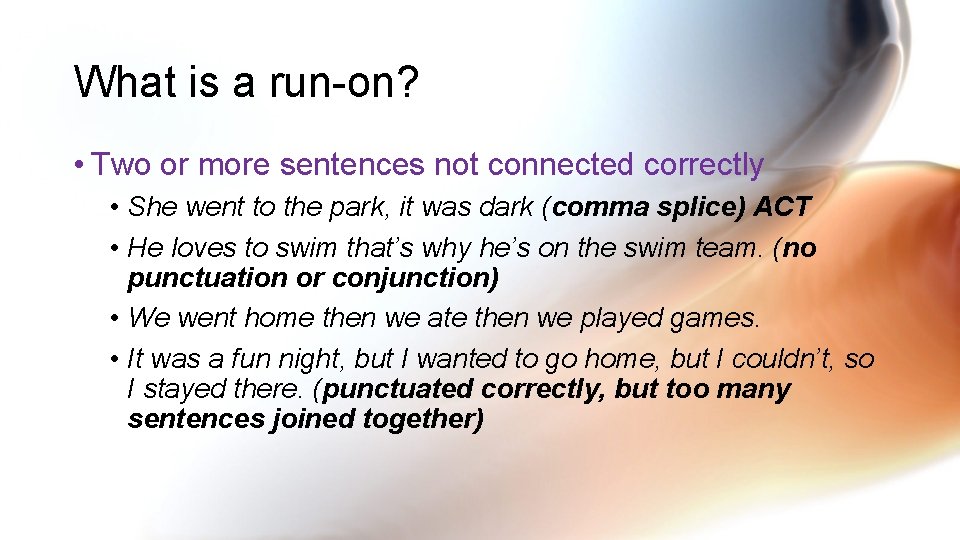 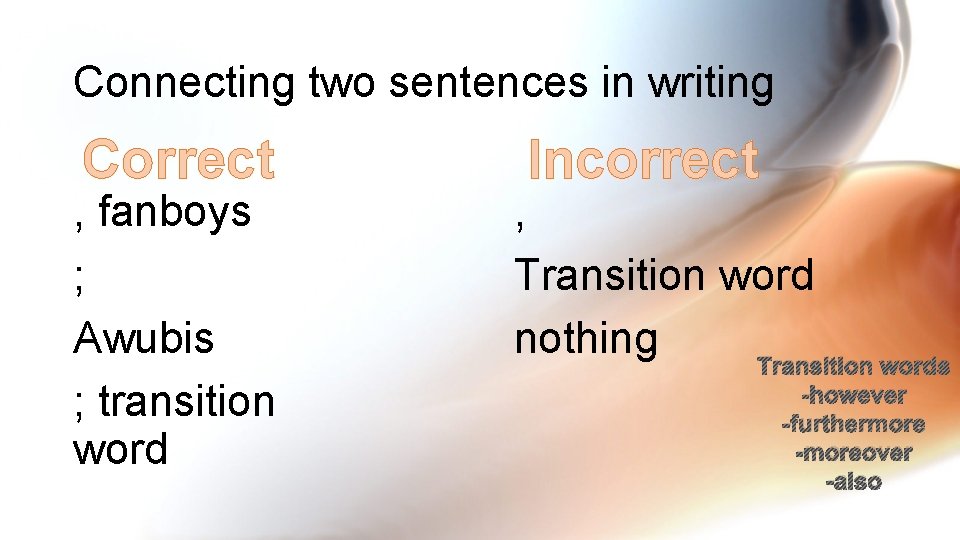 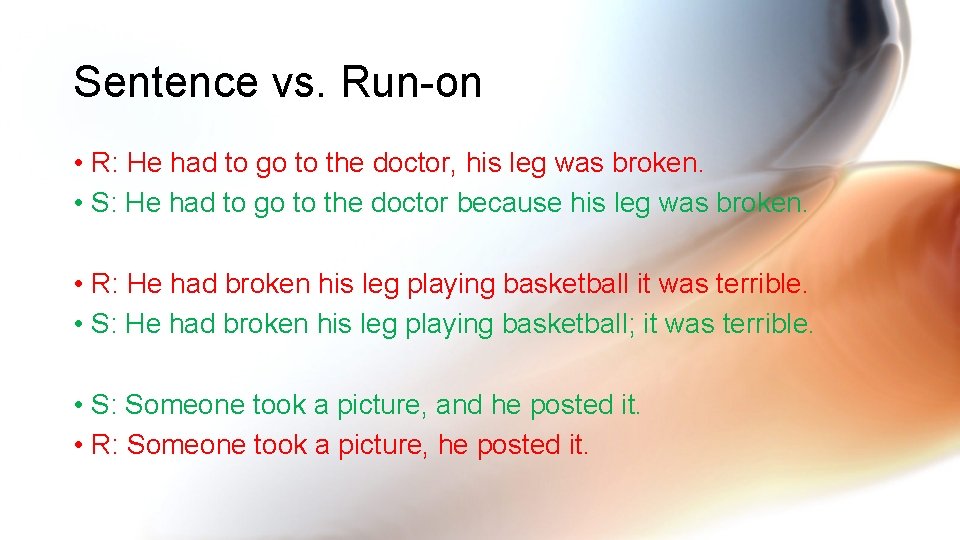 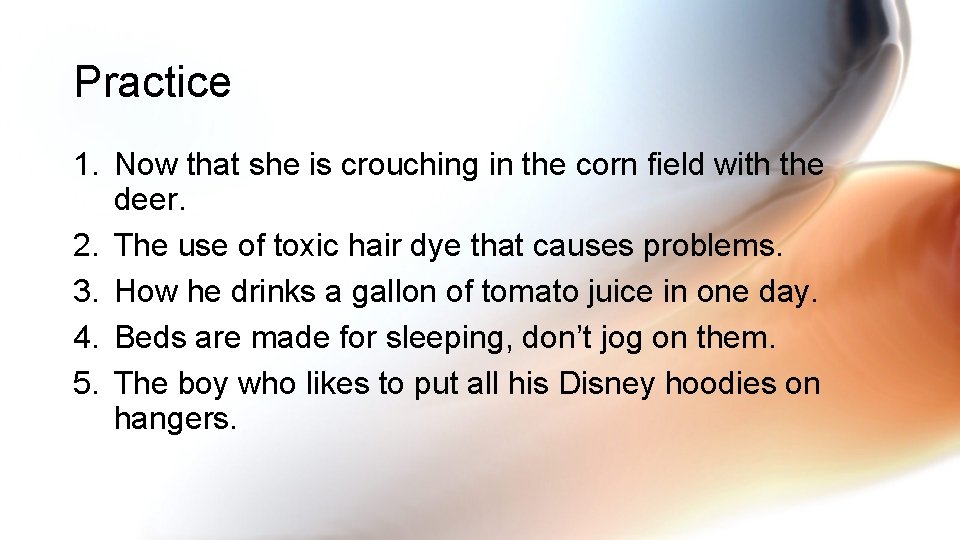 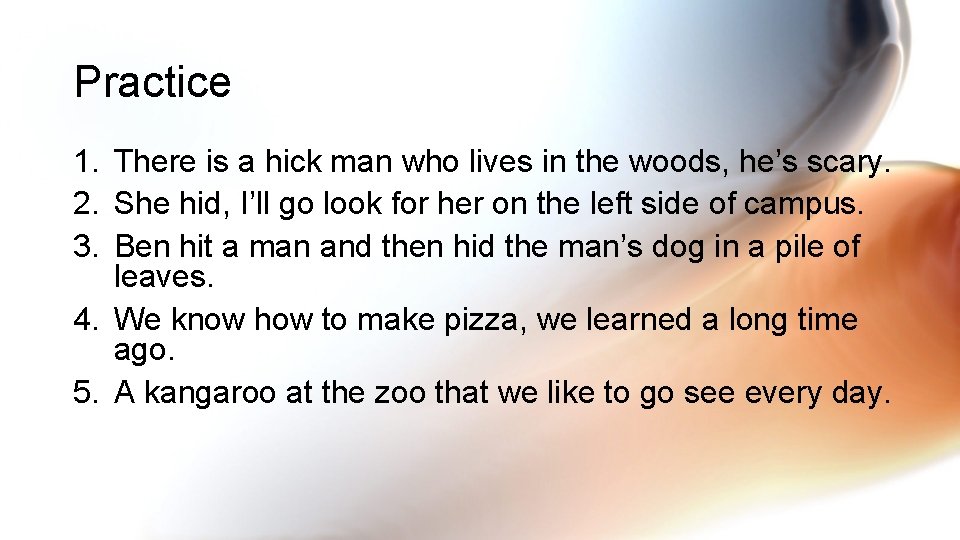 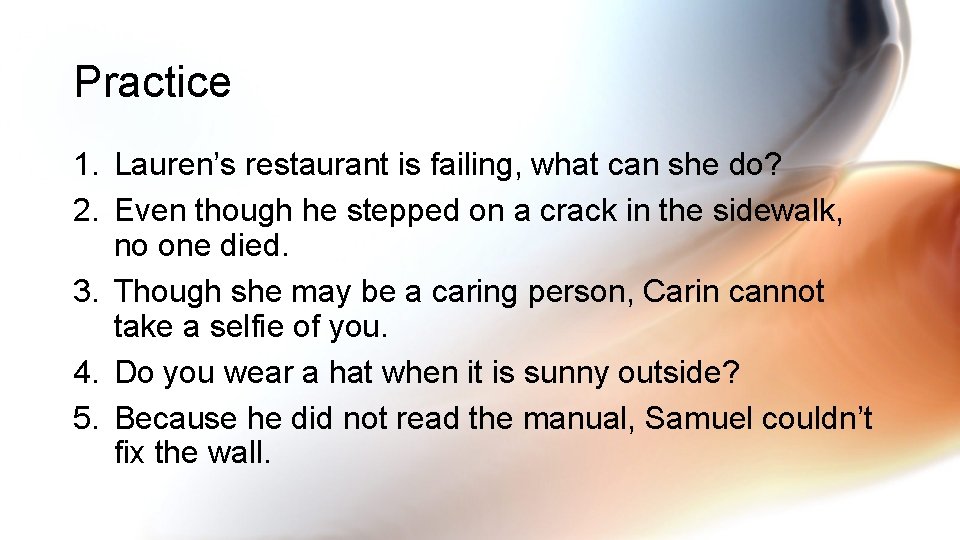 Review quiz: sentence or fragment? 1. After she called him a pig. 2. The cat coughed up a hair ball. 3. While the cat coughed, the dog barked. 4. Since the ground is cold and the road is snowy. 5. The snowman that was on front campus.

What is a run-on? • Two or more sentences not connected correctly • She went to the park, it was dark (comma splice) ACT • He loves to swim that’s why he’s on the swim team. (no punctuation or conjunction) • We went home then we ate then we played games. • It was a fun night, but I wanted to go home, but I couldn’t, so I stayed there. (punctuated correctly, but too many sentences joined together)

Practice 1. Now that she is crouching in the corn field with the deer. 2. The use of toxic hair dye that causes problems. 3. How he drinks a gallon of tomato juice in one day. 4. Beds are made for sleeping, don’t jog on them. 5. The boy who likes to put all his Disney hoodies on hangers.

Practice 1. There is a hick man who lives in the woods, he’s scary. 2. She hid, I’ll go look for her on the left side of campus. 3. Ben hit a man and then hid the man’s dog in a pile of leaves. 4. We know how to make pizza, we learned a long time ago. 5. A kangaroo at the zoo that we like to go see every day.

Practice 1. To snorkel at the sea, Caleb must first take lessons, then he must go there. 2. Though Abby had never visited the Wal-Mart in Connecticut. 3. Whenever Denise hurts herself, it always involves the knees. 4. Timothy timidly walked through the park filled with clowns. 5. Whoever chooses to go to the gym later.

Practice 1. Lauren’s restaurant is failing, what can she do? 2. Even though he stepped on a crack in the sidewalk, no one died. 3. Though she may be a caring person, Carin cannot take a selfie of you. 4. Do you wear a hat when it is sunny outside? 5. Because he did not read the manual, Samuel couldn’t fix the wall. 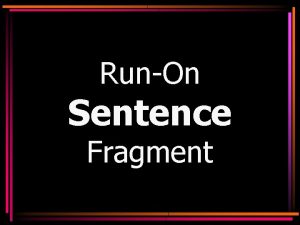 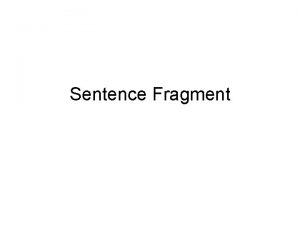 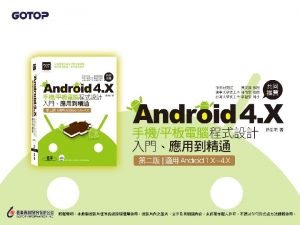 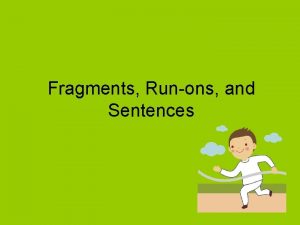 Fragments Runons and Sentences A sentence fragment is 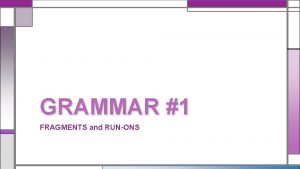 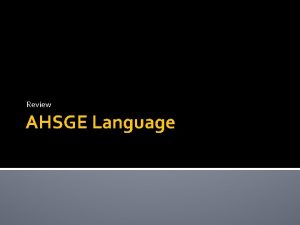 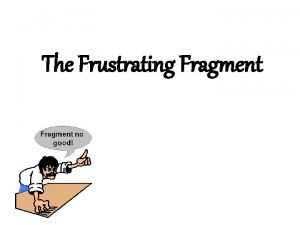 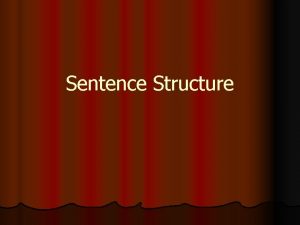 Sentence Structure Fragment l A fragment is an