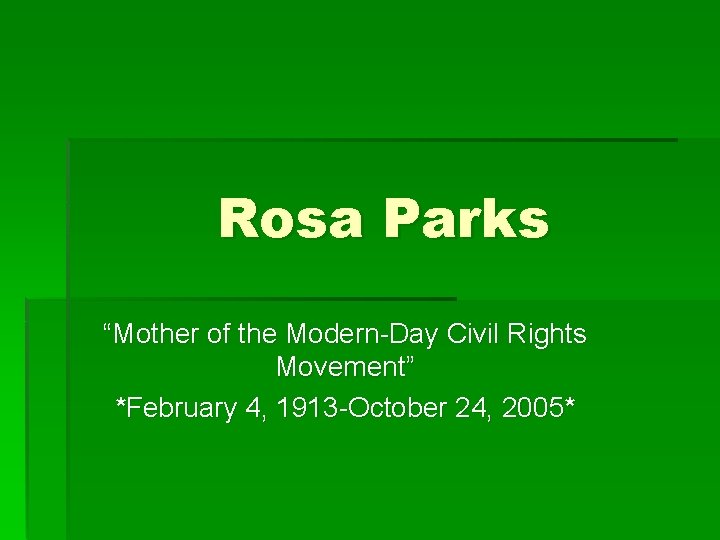 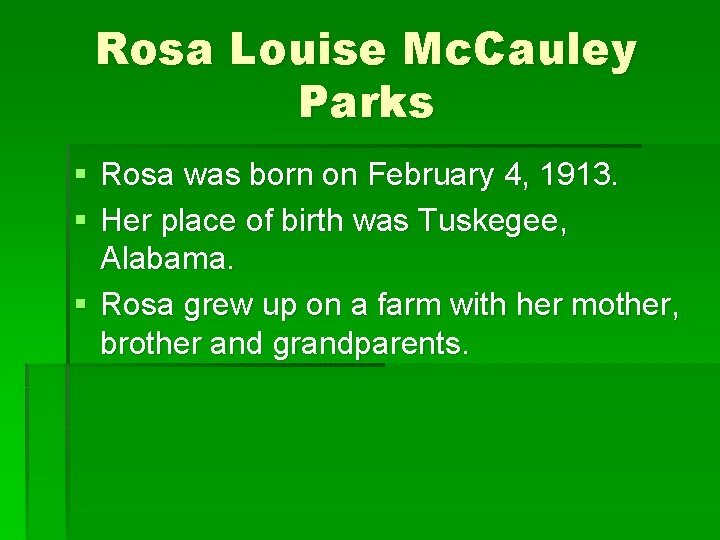 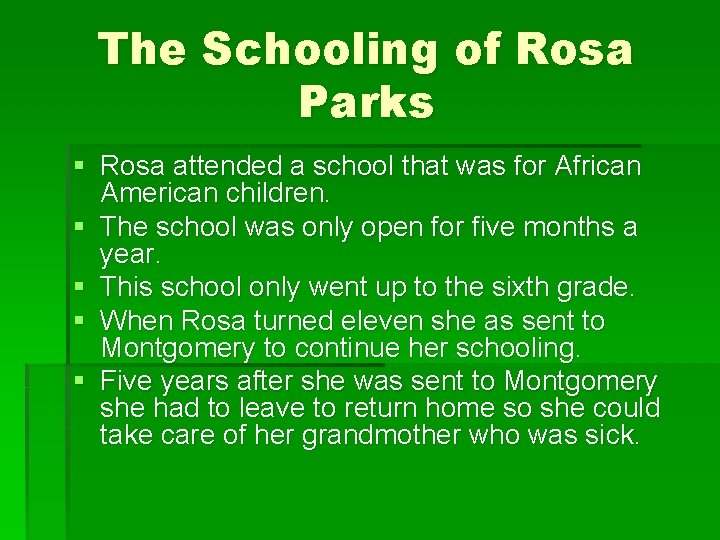 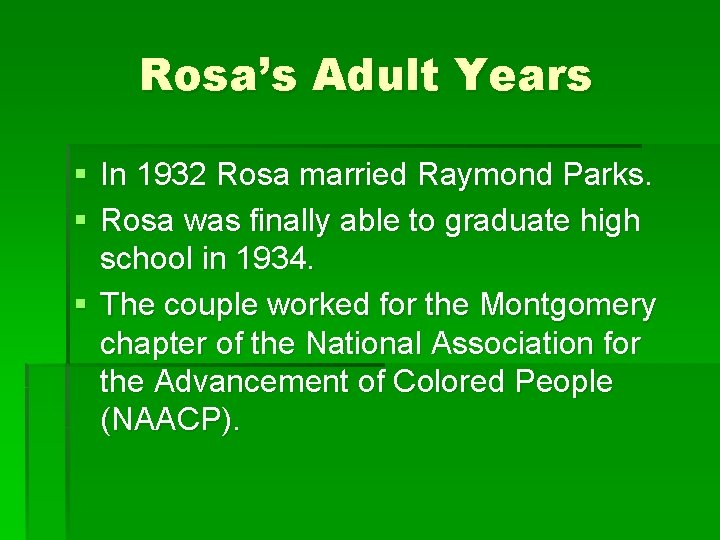 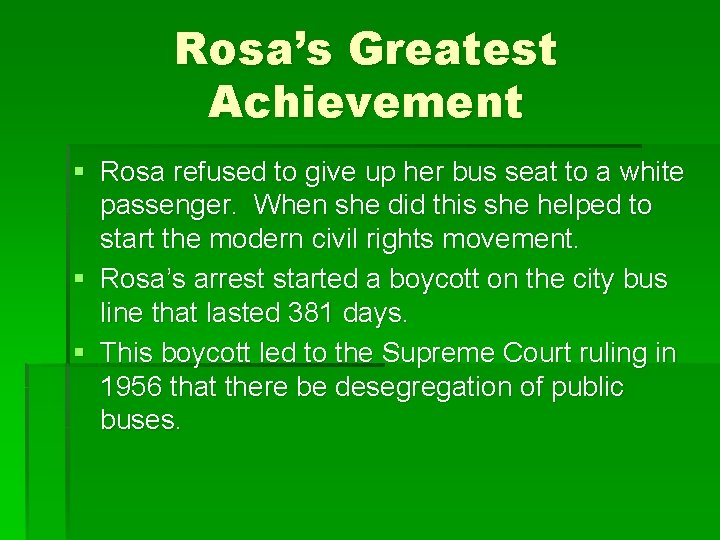 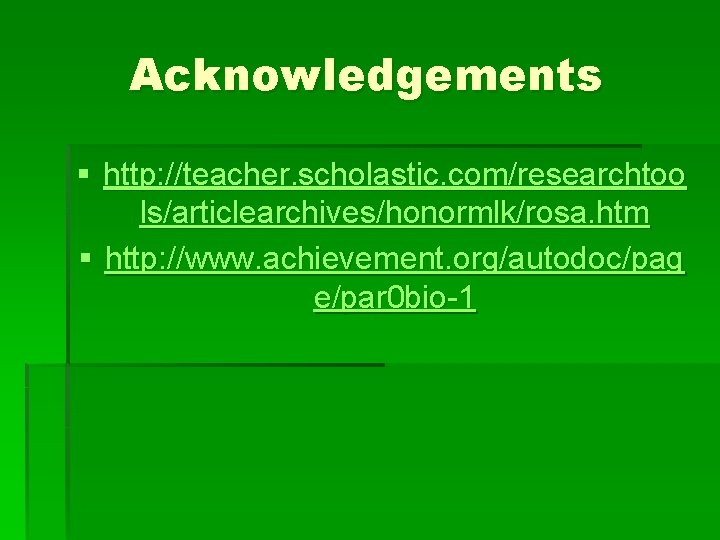 Rosa Louise Mc. Cauley Parks § Rosa was born on February 4, 1913. § Her place of birth was Tuskegee, Alabama. § Rosa grew up on a farm with her mother, brother and grandparents.

The Schooling of Rosa Parks § Rosa attended a school that was for African American children. § The school was only open for five months a year. § This school only went up to the sixth grade. § When Rosa turned eleven she as sent to Montgomery to continue her schooling. § Five years after she was sent to Montgomery she had to leave to return home so she could take care of her grandmother who was sick.

Rosa’s Adult Years § In 1932 Rosa married Raymond Parks. § Rosa was finally able to graduate high school in 1934. § The couple worked for the Montgomery chapter of the National Association for the Advancement of Colored People (NAACP).

Rosa’s Greatest Achievement § Rosa refused to give up her bus seat to a white passenger. When she did this she helped to start the modern civil rights movement. § Rosa’s arrest started a boycott on the city bus line that lasted 381 days. § This boycott led to the Supreme Court ruling in 1956 that there be desegregation of public buses. 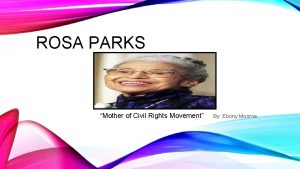 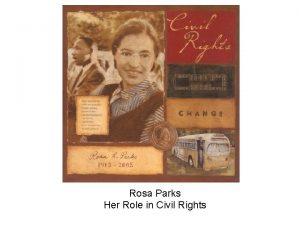 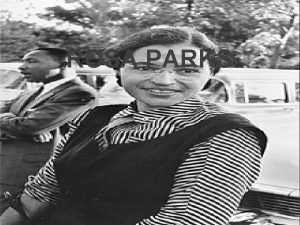 ROSA PARKS ABOUT Rosa parks was born on 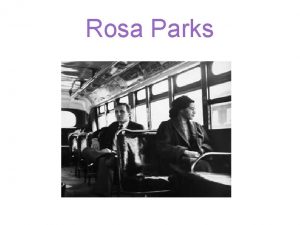 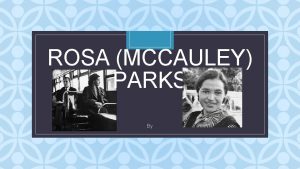