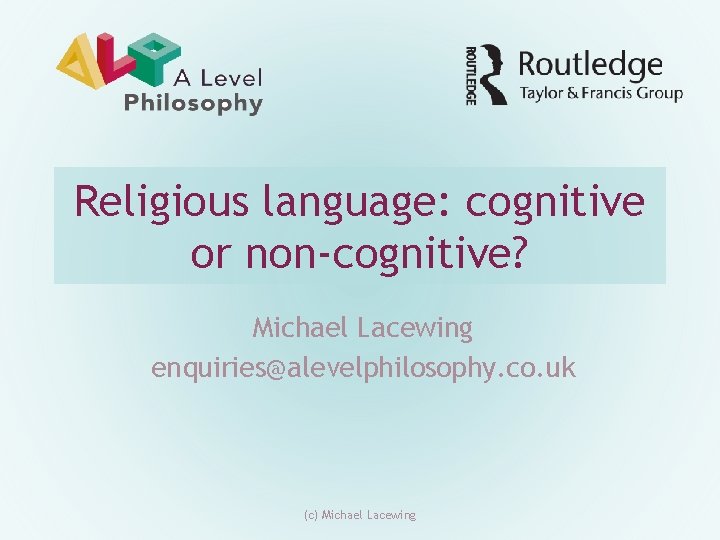 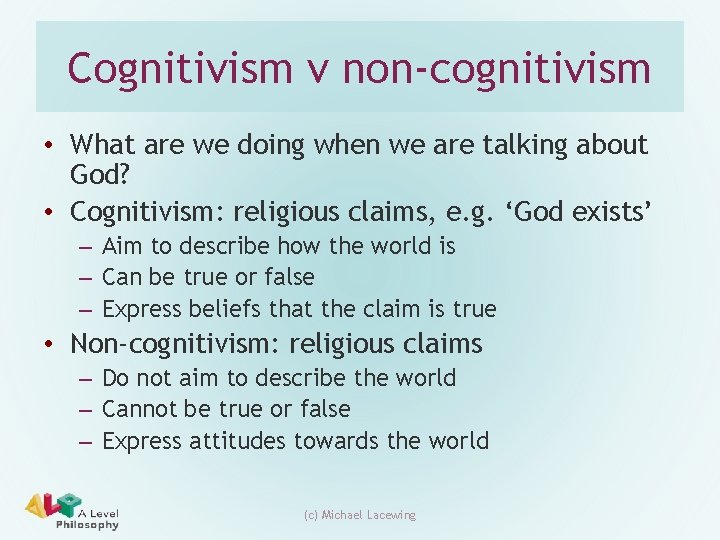 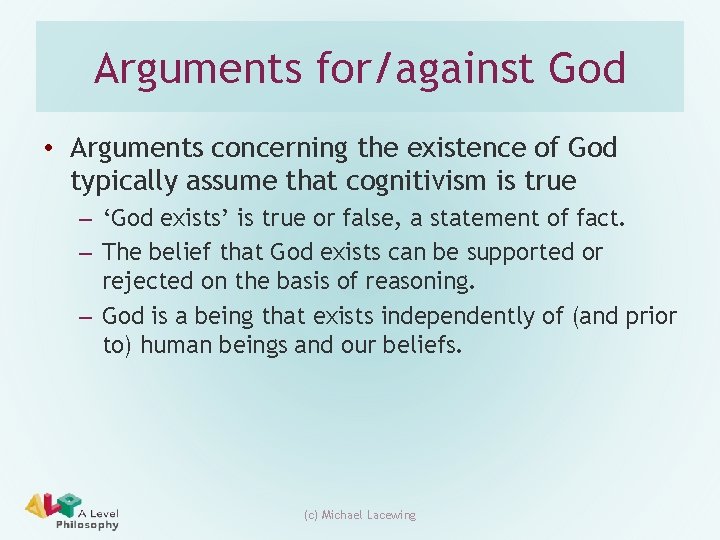 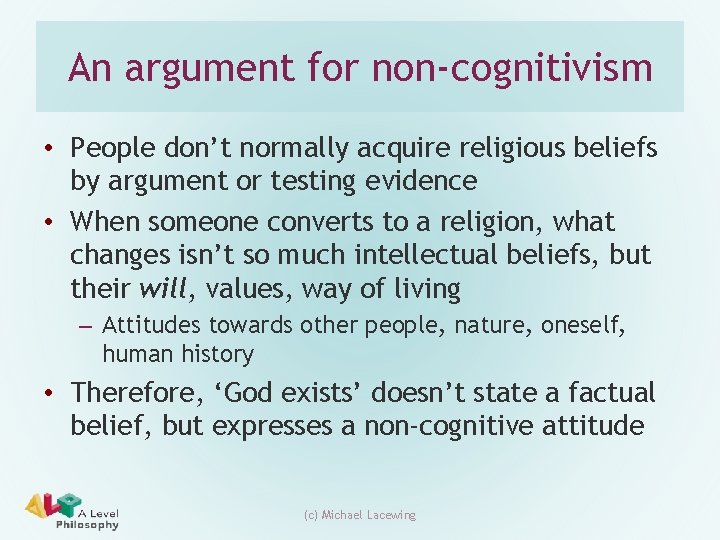 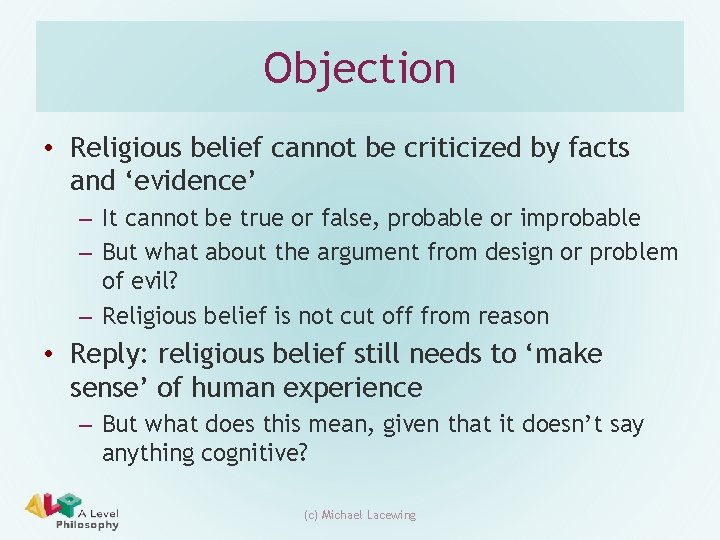 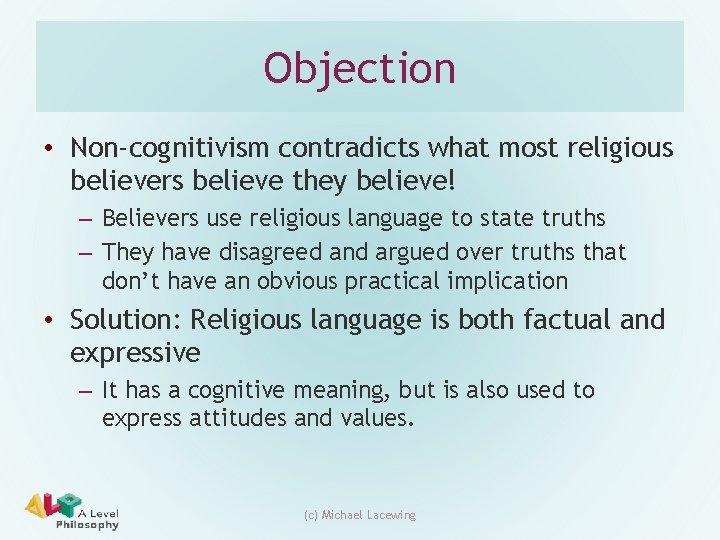 Arguments for/against God • Arguments concerning the existence of God typically assume that cognitivism is true – ‘God exists’ is true or false, a statement of fact. – The belief that God exists can be supported or rejected on the basis of reasoning. – God is a being that exists independently of (and prior to) human beings and our beliefs. (c) Michael Lacewing

An argument for non-cognitivism • People don’t normally acquire religious beliefs by argument or testing evidence • When someone converts to a religion, what changes isn’t so much intellectual beliefs, but their will, values, way of living – Attitudes towards other people, nature, oneself, human history • Therefore, ‘God exists’ doesn’t state a factual belief, but expresses a non-cognitive attitude (c) Michael Lacewing

Objection • Religious belief cannot be criticized by facts and ‘evidence’ – It cannot be true or false, probable or improbable – But what about the argument from design or problem of evil? – Religious belief is not cut off from reason • Reply: religious belief still needs to ‘make sense’ of human experience – But what does this mean, given that it doesn’t say anything cognitive? (c) Michael Lacewing

Objection • Non-cognitivism contradicts what most religious believers believe they believe! – Believers use religious language to state truths – They have disagreed and argued over truths that don’t have an obvious practical implication • Solution: Religious language is both factual and expressive – It has a cognitive meaning, but is also used to express attitudes and values. (c) Michael Lacewing 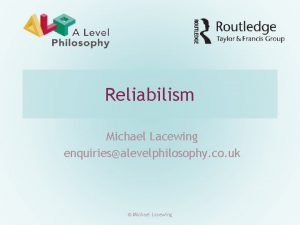 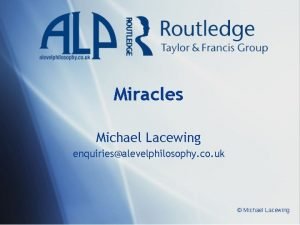 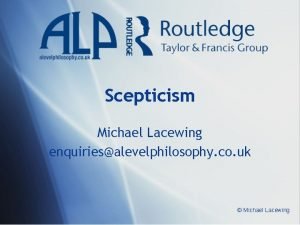 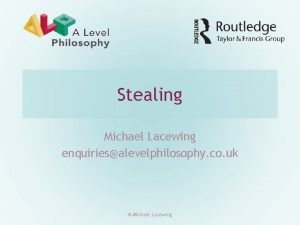 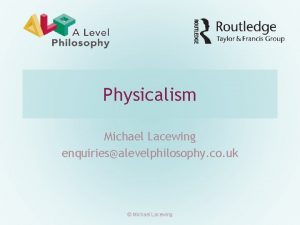