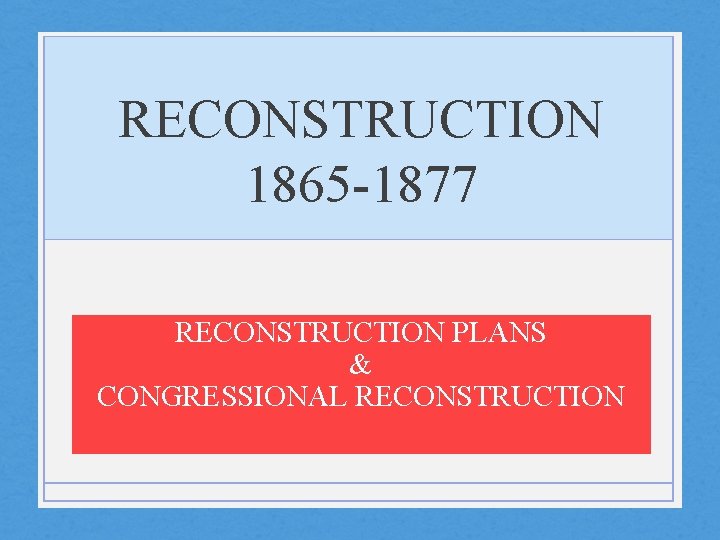 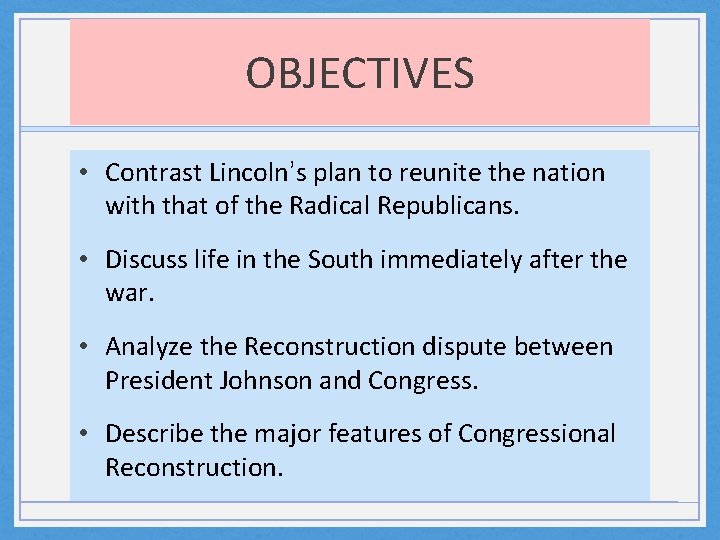 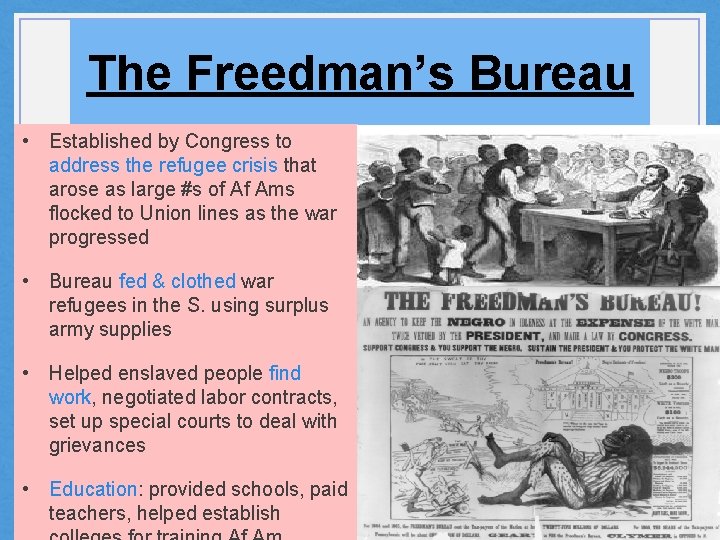 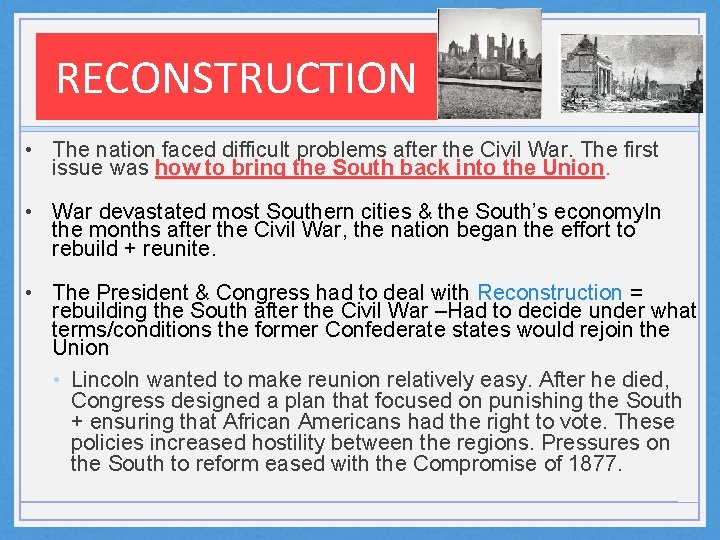 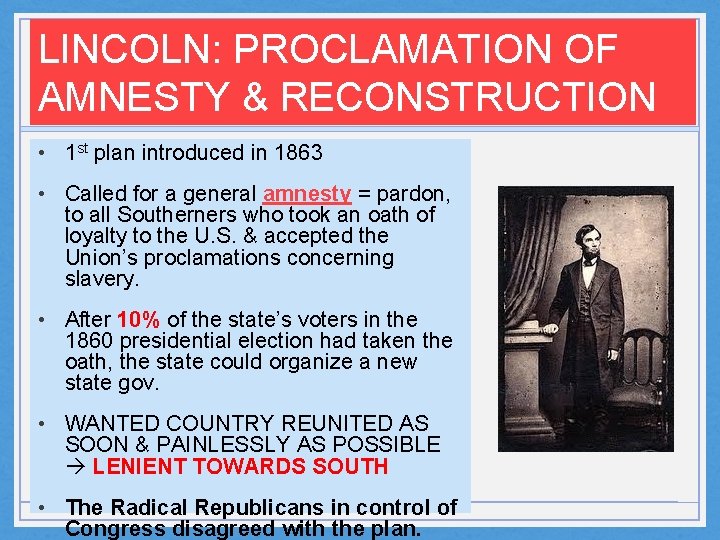 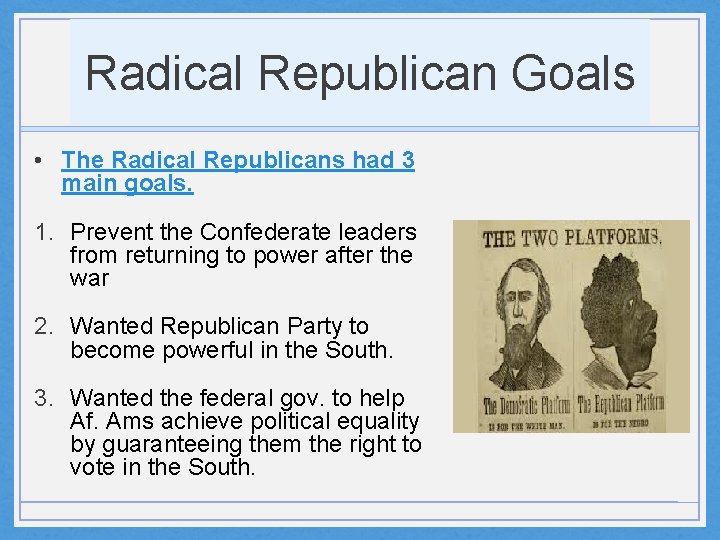 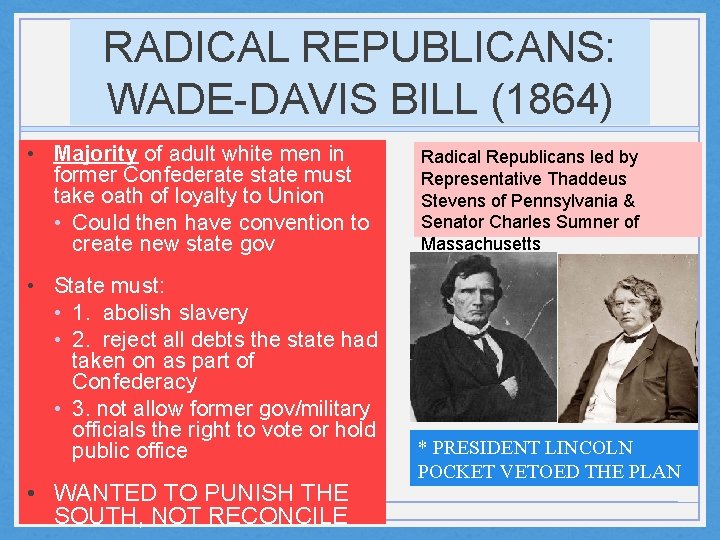 OBJECTIVES • Contrast Lincoln’s plan to reunite the nation with that of the Radical Republicans. • Discuss life in the South immediately after the war. • Analyze the Reconstruction dispute between President Johnson and Congress. • Describe the major features of Congressional Reconstruction.

RECONSTRUCTION • The nation faced difficult problems after the Civil War. The first issue was how to bring the South back into the Union. • War devastated most Southern cities & the South’s economy. In the months after the Civil War, the nation began the effort to rebuild + reunite. • The President & Congress had to deal with Reconstruction = rebuilding the South after the Civil War –Had to decide under what terms/conditions the former Confederate states would rejoin the Union • Lincoln wanted to make reunion relatively easy. After he died, Congress designed a plan that focused on punishing the South + ensuring that African Americans had the right to vote. These policies increased hostility between the regions. Pressures on the South to reform eased with the Compromise of 1877.

LINCOLN: PROCLAMATION OF AMNESTY & RECONSTRUCTION • 1 st plan introduced in 1863 • Called for a general amnesty = pardon, to all Southerners who took an oath of loyalty to the U. S. & accepted the Union’s proclamations concerning slavery. • After 10% of the state’s voters in the 1860 presidential election had taken the oath, the state could organize a new state gov. • WANTED COUNTRY REUNITED AS SOON & PAINLESSLY AS POSSIBLE LENIENT TOWARDS SOUTH • The Radical Republicans in control of Congress disagreed with the plan.

RADICAL REPUBLICANS: WADE-DAVIS BILL (1864) • Majority of adult white men in former Confederate state must take oath of loyalty to Union • Could then have convention to create new state gov • State must: • 1. abolish slavery • 2. reject all debts the state had taken on as part of Confederacy • 3. not allow former gov/military officials the right to vote or hold public office • WANTED TO PUNISH THE SOUTH, NOT RECONCILE Radical Republicans led by Representative Thaddeus Stevens of Pennsylvania & Senator Charles Sumner of Massachusetts * PRESIDENT LINCOLN POCKET VETOED THE PLAN 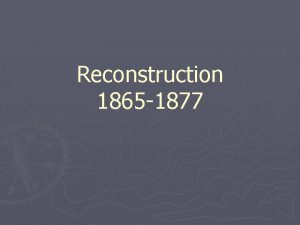 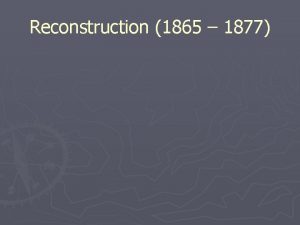 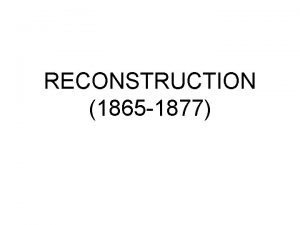 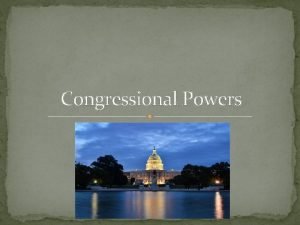 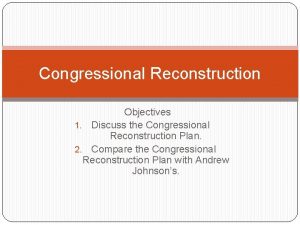 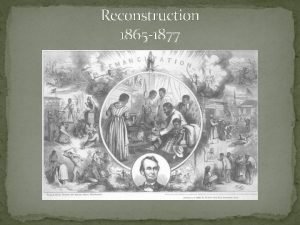