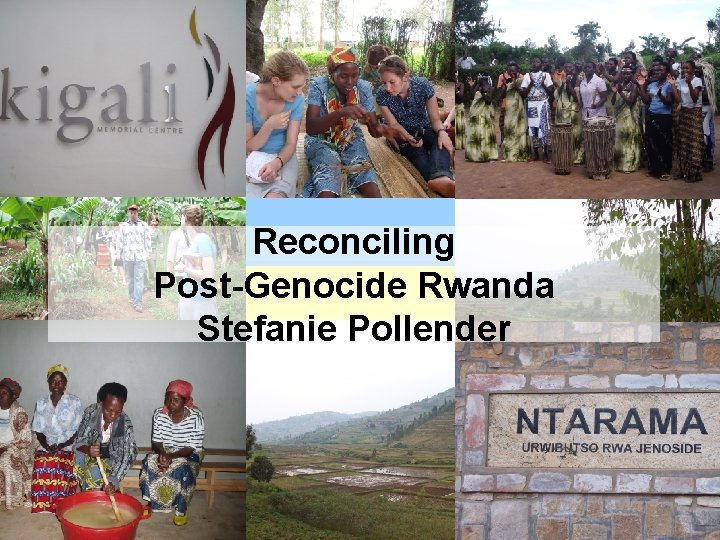 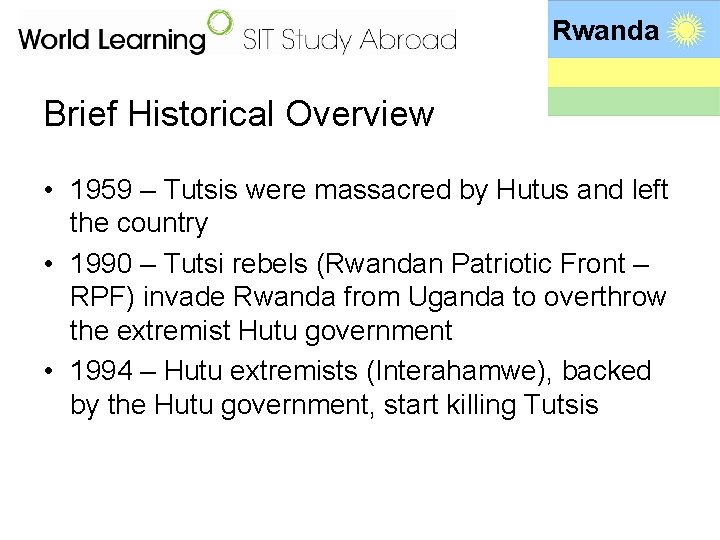 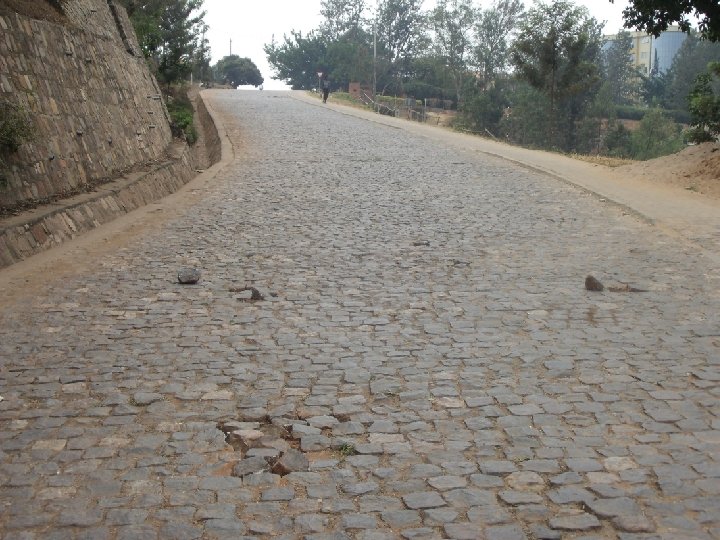 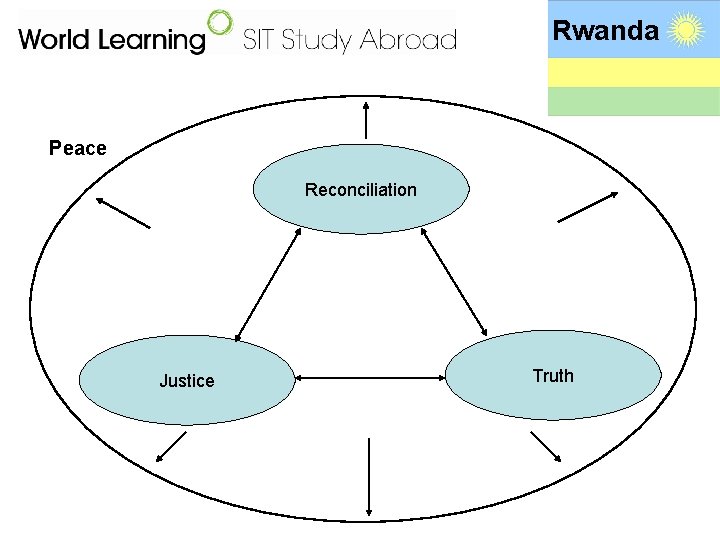 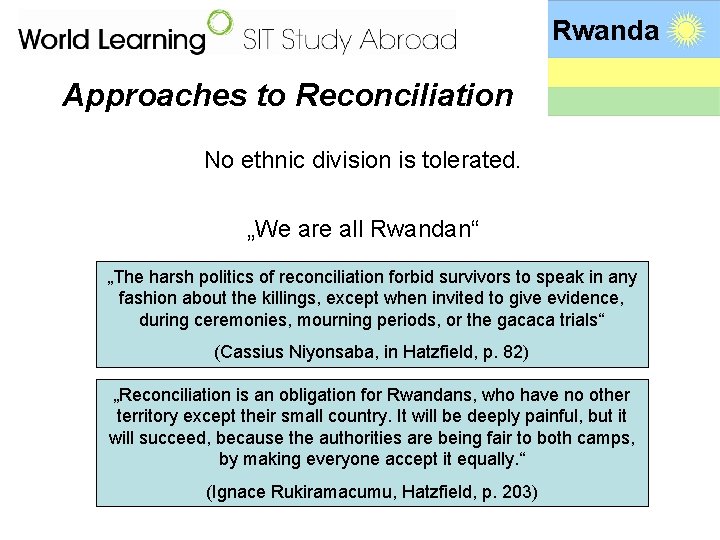 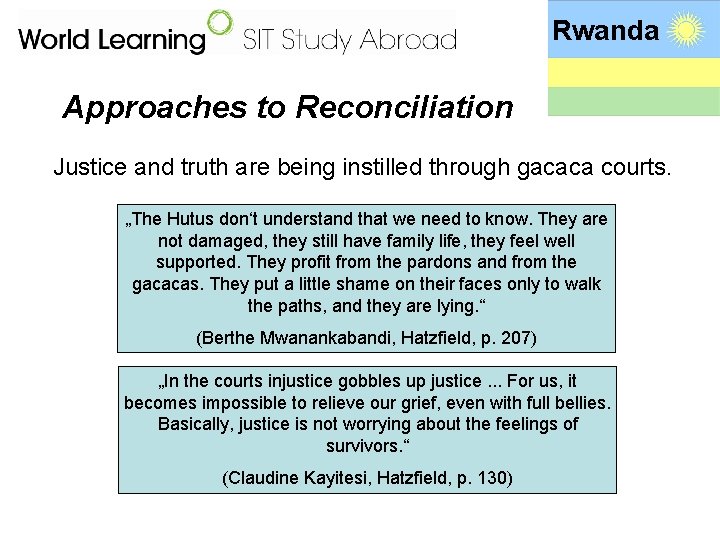 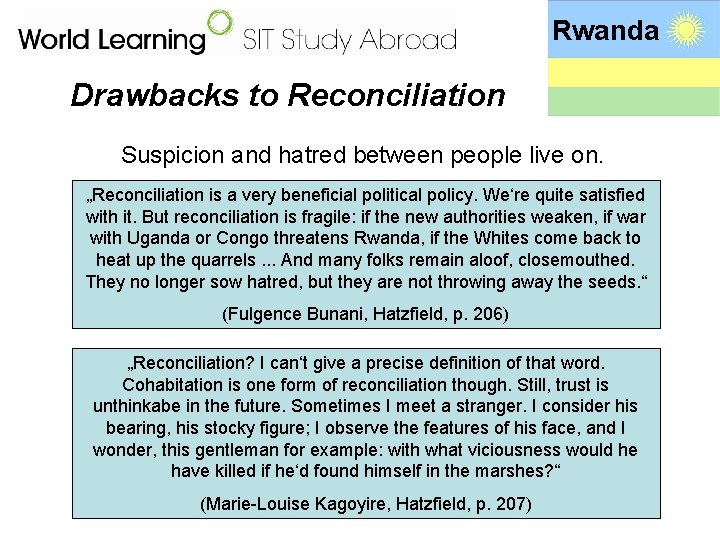 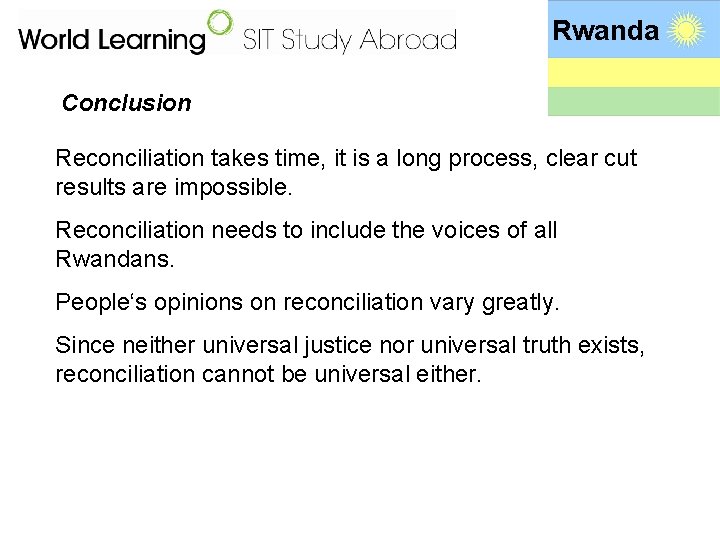 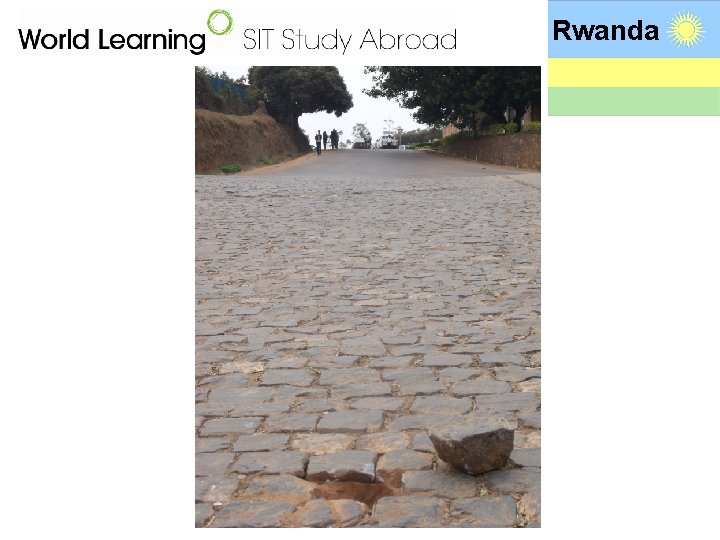 Rwanda Approaches to Reconciliation No ethnic division is tolerated. „We are all Rwandan“ „The harsh politics of reconciliation forbid survivors to speak in any fashion about the killings, except when invited to give evidence, during ceremonies, mourning periods, or the gacaca trials“ (Cassius Niyonsaba, in Hatzfield, p. 82) „Reconciliation is an obligation for Rwandans, who have no other territory except their small country. It will be deeply painful, but it will succeed, because the authorities are being fair to both camps, by making everyone accept it equally. “ (Ignace Rukiramacumu, Hatzfield, p. 203)

Rwanda Approaches to Reconciliation Justice and truth are being instilled through gacaca courts. „The Hutus don‘t understand that we need to know. They are not damaged, they still have family life, they feel well supported. They profit from the pardons and from the gacacas. They put a little shame on their faces only to walk the paths, and they are lying. “ (Berthe Mwanankabandi, Hatzfield, p. 207) „In the courts injustice gobbles up justice. . . For us, it becomes impossible to relieve our grief, even with full bellies. Basically, justice is not worrying about the feelings of survivors. “ (Claudine Kayitesi, Hatzfield, p. 130)

Rwanda Drawbacks to Reconciliation Suspicion and hatred between people live on. „Reconciliation is a very beneficial political policy. We‘re quite satisfied with it. But reconciliation is fragile: if the new authorities weaken, if war with Uganda or Congo threatens Rwanda, if the Whites come back to heat up the quarrels. . . And many folks remain aloof, closemouthed. They no longer sow hatred, but they are not throwing away the seeds. “ (Fulgence Bunani, Hatzfield, p. 206) „Reconciliation? I can‘t give a precise definition of that word. Cohabitation is one form of reconciliation though. Still, trust is unthinkabe in the future. Sometimes I meet a stranger. I consider his bearing, his stocky figure; I observe the features of his face, and I wonder, this gentleman for example: with what viciousness would he have killed if he‘d found himself in the marshes? “ (Marie-Louise Kagoyire, Hatzfield, p. 207) 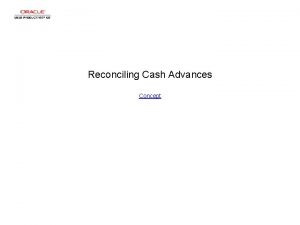 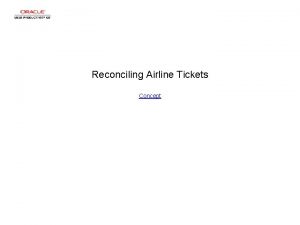 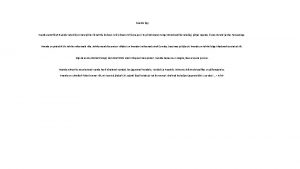 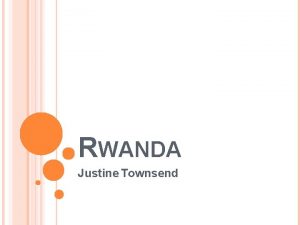 RWANDA Justine Townsend WHAT IS RWANDA Rwanda is 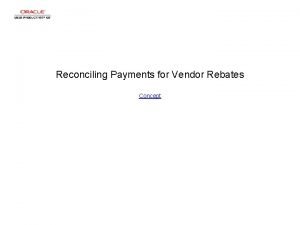 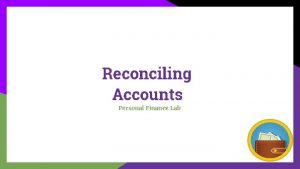 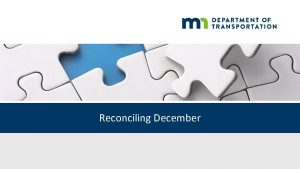 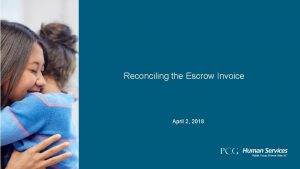