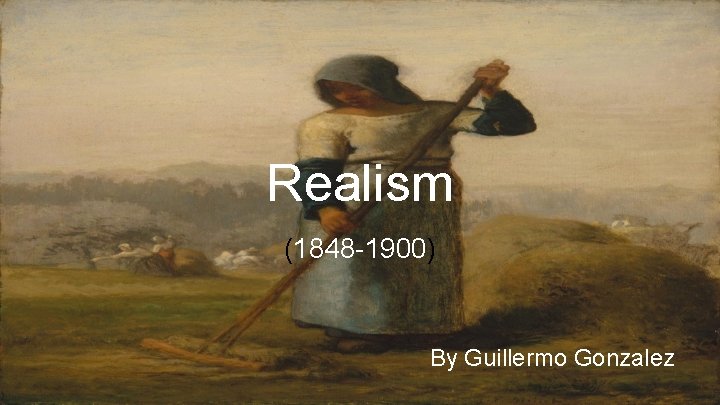 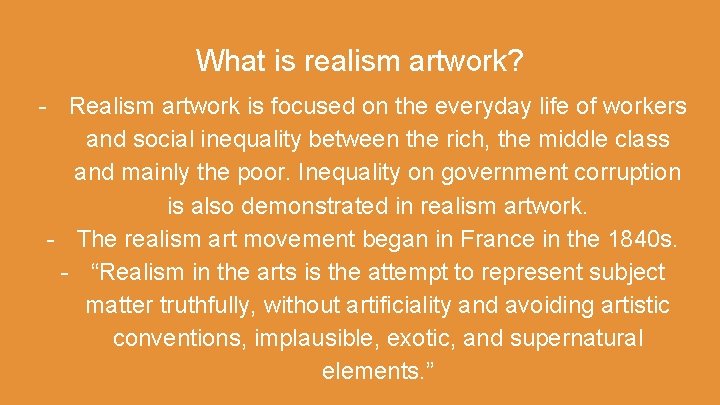 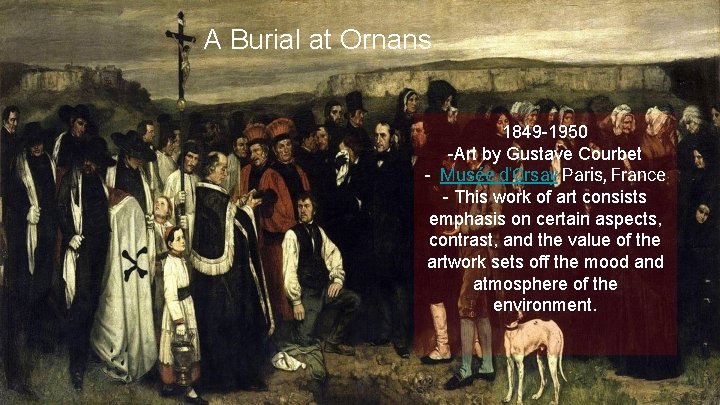 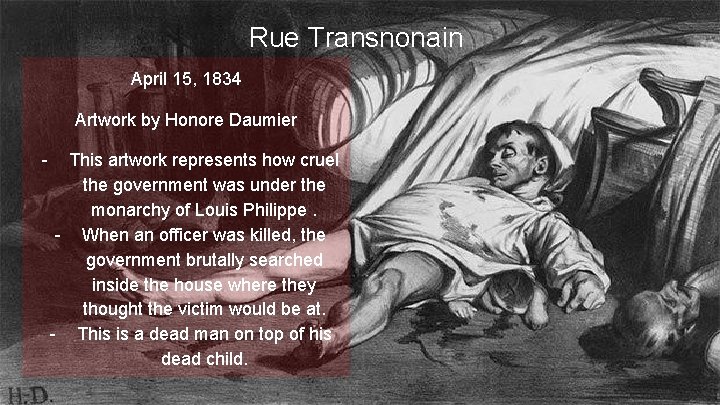 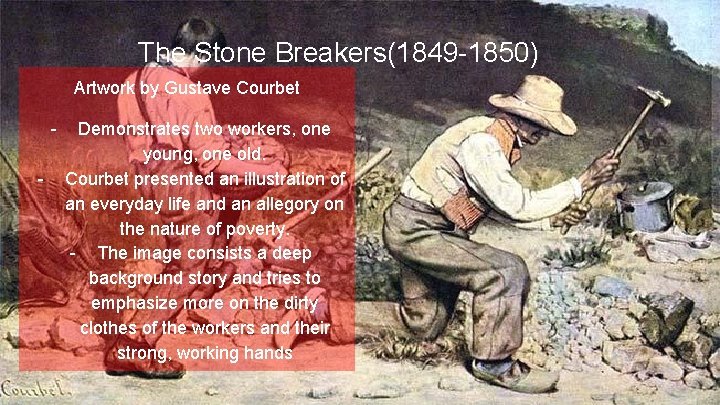 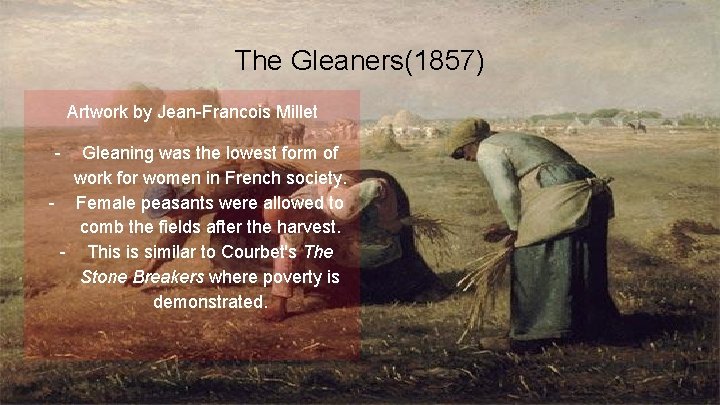 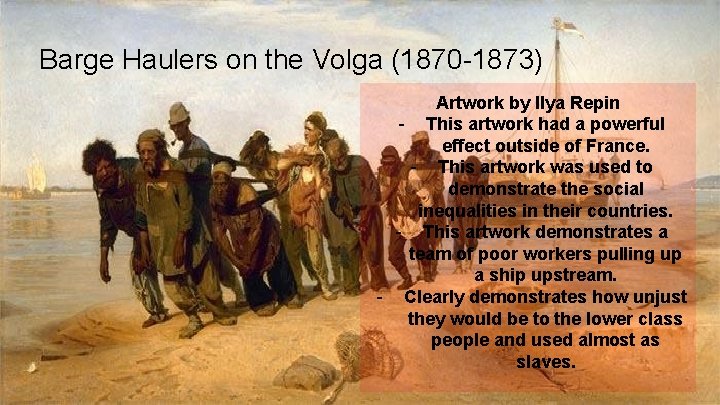 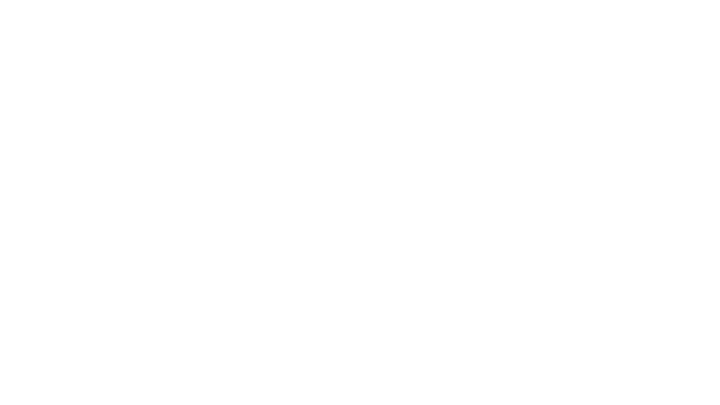 What is realism artwork? - Realism artwork is focused on the everyday life of workers and social inequality between the rich, the middle class and mainly the poor. Inequality on government corruption is also demonstrated in realism artwork. - The realism art movement began in France in the 1840 s. - “Realism in the arts is the attempt to represent subject matter truthfully, without artificiality and avoiding artistic conventions, implausible, exotic, and supernatural elements. ”

A Burial at Ornans 1849 -1950 -Art by Gustave Courbet - Musée d'Orsay Paris, France - This work of art consists emphasis on certain aspects, contrast, and the value of the artwork sets off the mood and atmosphere of the environment.

Rue Transnonain April 15, 1834 Artwork by Honore Daumier - This artwork represents how cruel the government was under the monarchy of Louis Philippe. - When an officer was killed, the government brutally searched inside the house where they thought the victim would be at. - This is a dead man on top of his dead child.

The Stone Breakers(1849 -1850) Artwork by Gustave Courbet - Demonstrates two workers, one young, one old. Courbet presented an illustration of an everyday life and an allegory on the nature of poverty. - The image consists a deep background story and tries to emphasize more on the dirty clothes of the workers and their strong, working hands

The Gleaners(1857) Artwork by Jean-Francois Millet - Gleaning was the lowest form of work for women in French society. - Female peasants were allowed to comb the fields after the harvest. - This is similar to Courbet's The Stone Breakers where poverty is demonstrated.

Barge Haulers on the Volga (1870 -1873) Artwork by Ilya Repin - This artwork had a powerful effect outside of France. - This artwork was used to demonstrate the social inequalities in their countries. - This artwork demonstrates a team of poor workers pulling up a ship upstream. - Clearly demonstrates how unjust they would be to the lower class people and used almost as slaves. 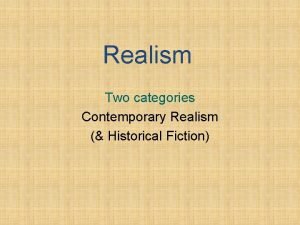 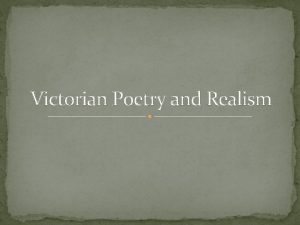 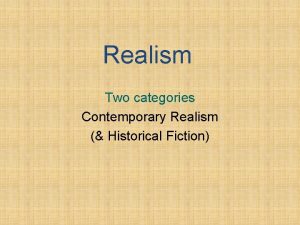 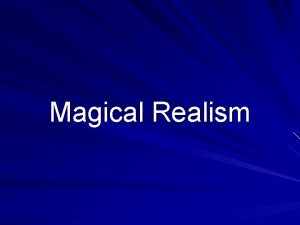 Realism and Naturalism Realism in General Realism was 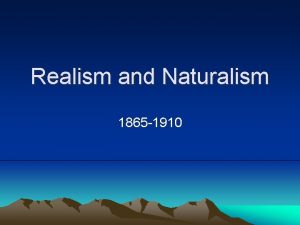 Realism and Naturalism 1865 1910 Realism Realism is 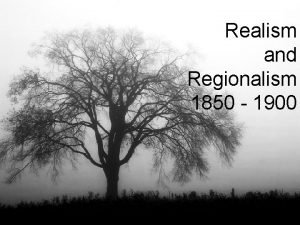