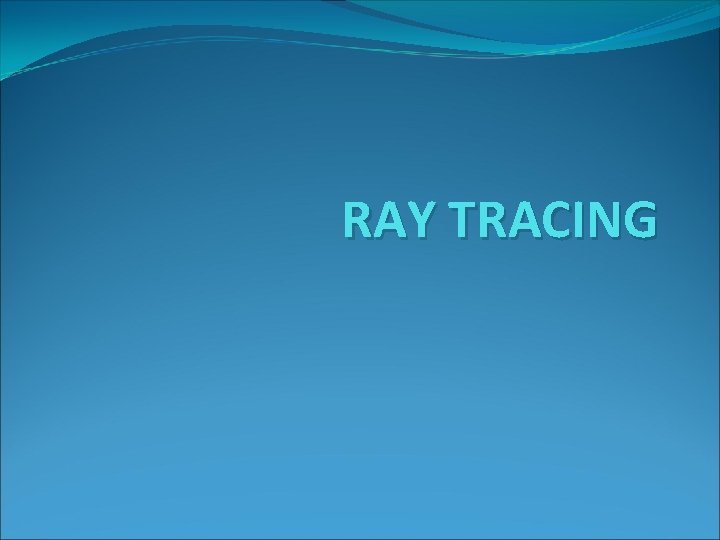 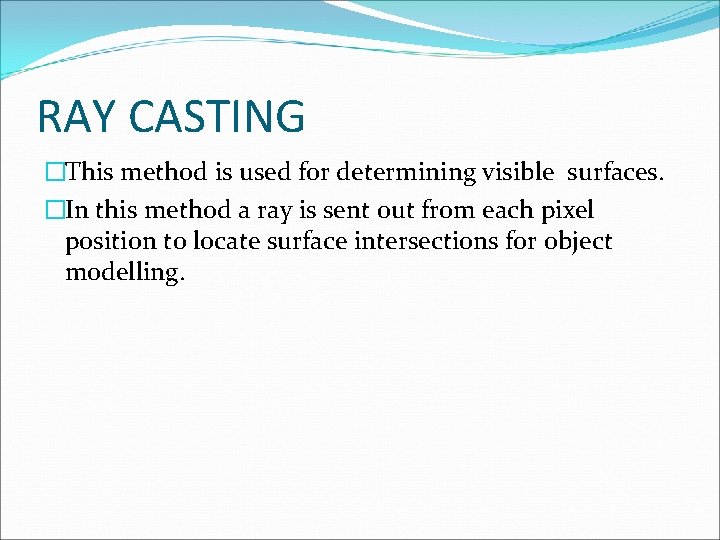 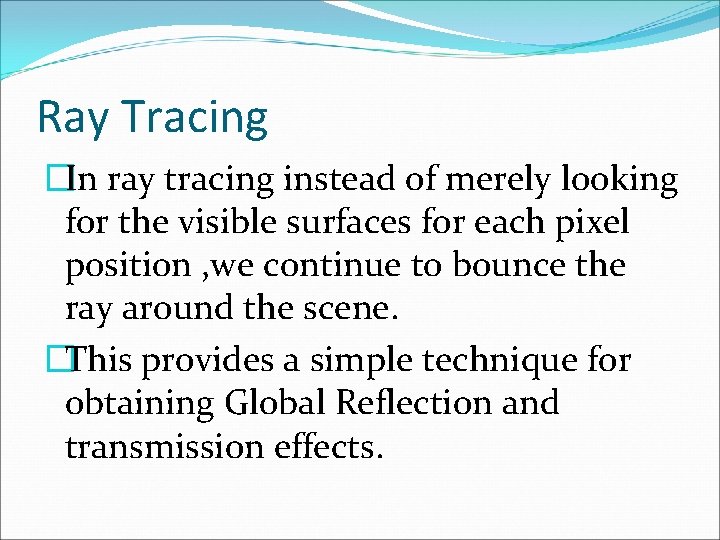 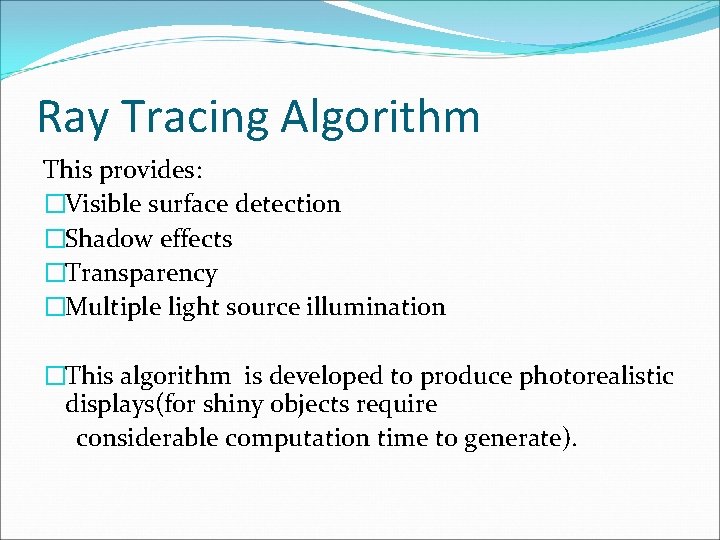 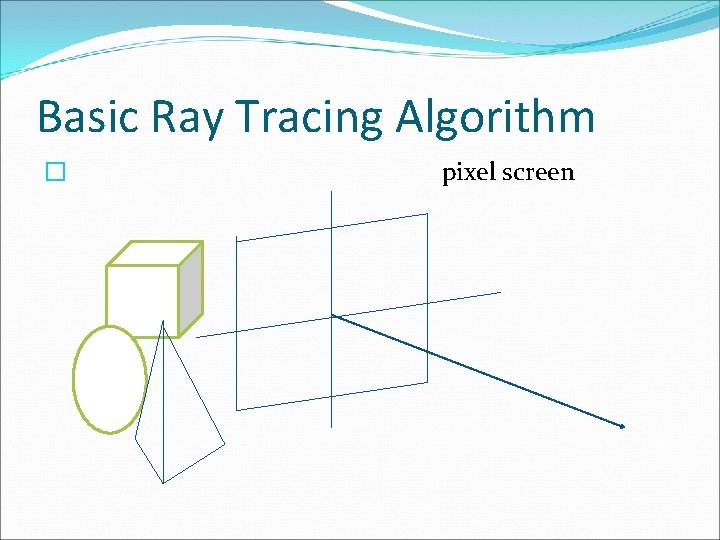 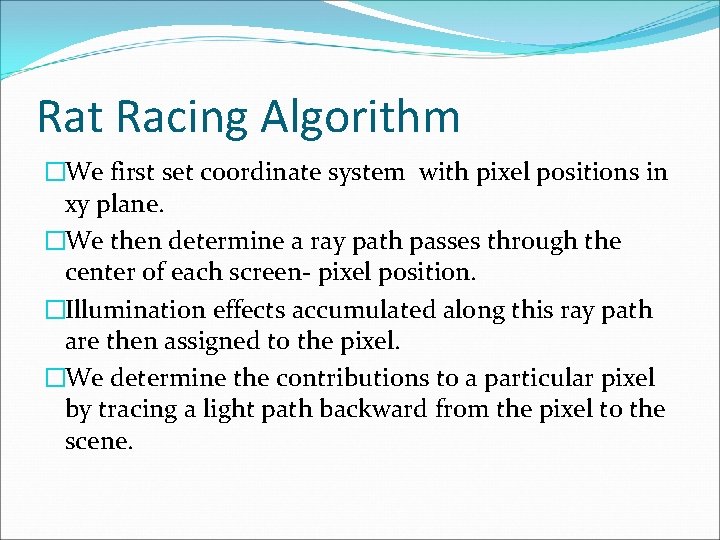 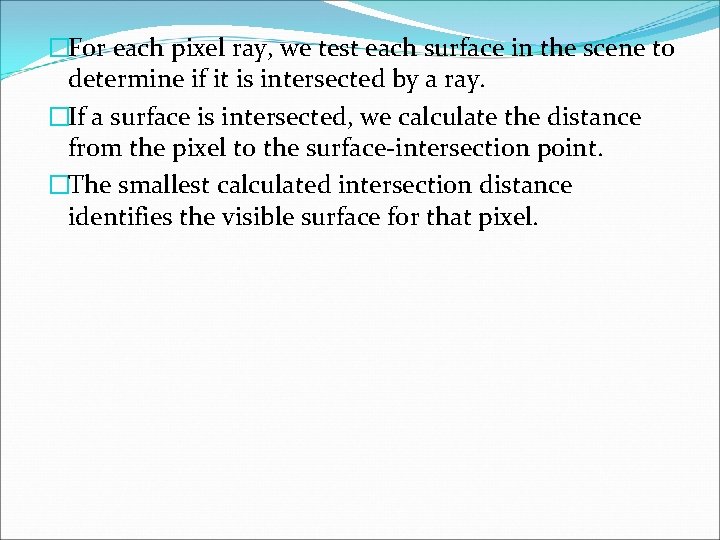 RAY CASTING �This method is used for determining visible surfaces. �In this method a ray is sent out from each pixel position to locate surface intersections for object modelling.

Ray Tracing �In ray tracing instead of merely looking for the visible surfaces for each pixel position , we continue to bounce the ray around the scene. �This provides a simple technique for obtaining Global Reflection and transmission effects.

Rat Racing Algorithm �We first set coordinate system with pixel positions in xy plane. �We then determine a ray path passes through the center of each screen- pixel position. �Illumination effects accumulated along this ray path are then assigned to the pixel. �We determine the contributions to a particular pixel by tracing a light path backward from the pixel to the scene.

�For each pixel ray, we test each surface in the scene to determine if it is intersected by a ray. �If a surface is intersected, we calculate the distance from the pixel to the surface-intersection point. �The smallest calculated intersection distance identifies the visible surface for that pixel. 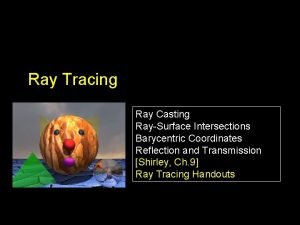 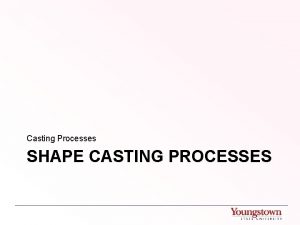 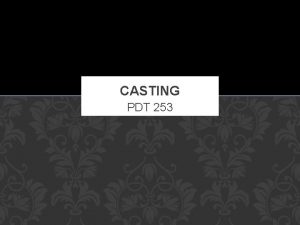 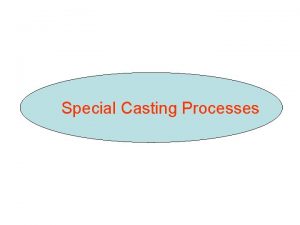 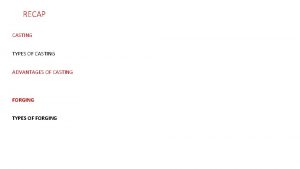 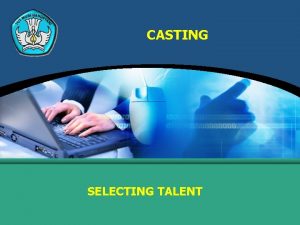