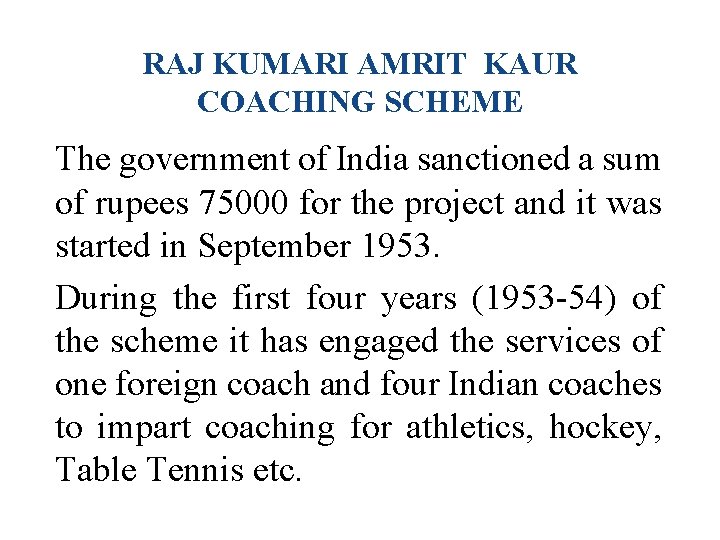 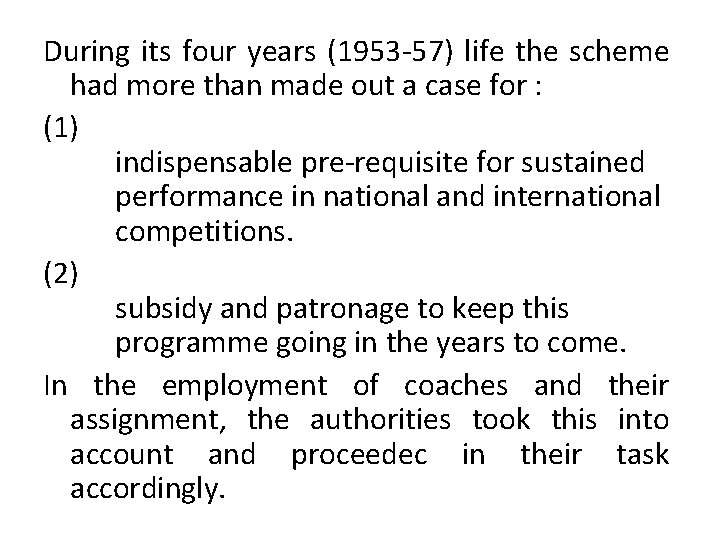 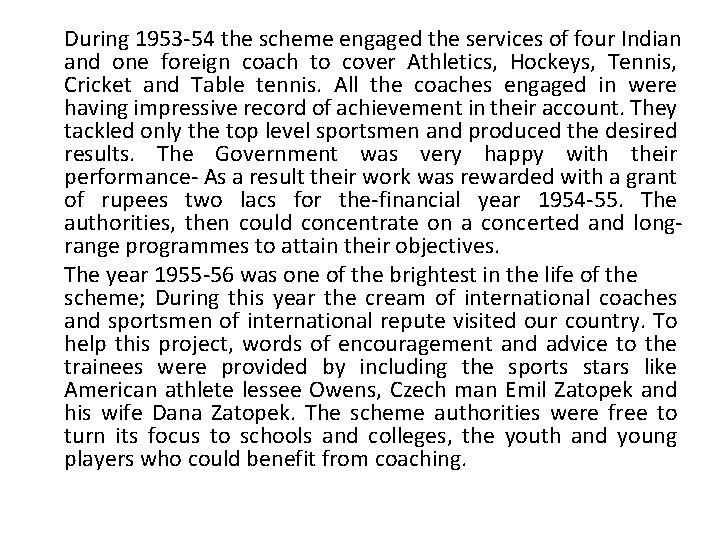 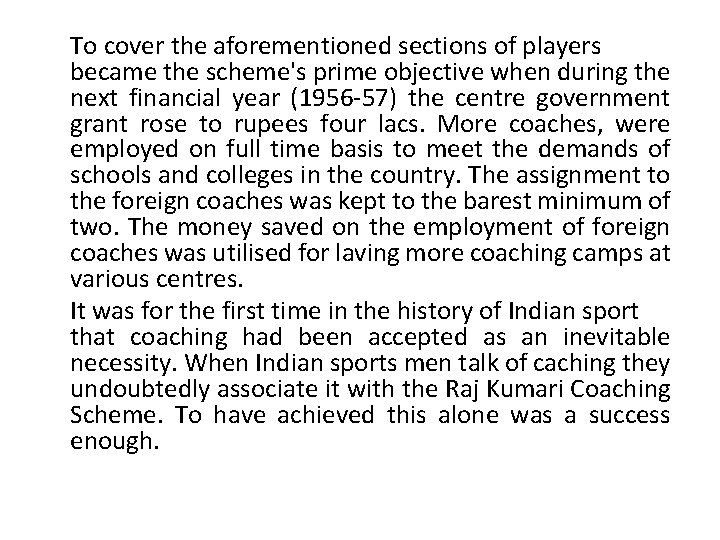 RAJ KUMARI AMRIT KAUR COACHING SCHEME The government of India sanctioned a sum of rupees 75000 for the project and it was started in September 1953. During the first four years (1953 -54) of the scheme it has engaged the services of one foreign coach and four Indian coaches to impart coaching for athletics, hockey, Table Tennis etc.

During its four years (1953 -57) life the scheme had more than made out a case for : (1) indispensable pre-requisite for sustained performance in national and international competitions. (2) subsidy and patronage to keep this programme going in the years to come. In the employment of coaches and their assignment, the authorities took this into account and proceedec in their task accordingly.

During 1953 -54 the scheme engaged the services of four Indian and one foreign coach to cover Athletics, Hockeys, Tennis, Cricket and Table tennis. All the coaches engaged in were having impressive record of achievement in their account. They tackled only the top level sportsmen and produced the desired results. The Government was very happy with their performance- As a result their work was rewarded with a grant of rupees two lacs for the-financial year 1954 -55. The authorities, then could concentrate on a concerted and longrange programmes to attain their objectives. The year 1955 -56 was one of the brightest in the life of the scheme; During this year the cream of international coaches and sportsmen of international repute visited our country. To help this project, words of encouragement and advice to the trainees were provided by including the sports stars like American athlete lessee Owens, Czech man Emil Zatopek and his wife Dana Zatopek. The scheme authorities were free to turn its focus to schools and colleges, the youth and young players who could benefit from coaching.

To cover the aforementioned sections of players became the scheme's prime objective when during the next financial year (1956 -57) the centre government grant rose to rupees four lacs. More coaches, were employed on full time basis to meet the demands of schools and colleges in the country. The assignment to the foreign coaches was kept to the barest minimum of two. The money saved on the employment of foreign coaches was utilised for laving more coaching camps at various centres. It was for the first time in the history of Indian sport that coaching had been accepted as an inevitable necessity. When Indian sports men talk of caching they undoubtedly associate it with the Raj Kumari Coaching Scheme. To have achieved this alone was a success enough. 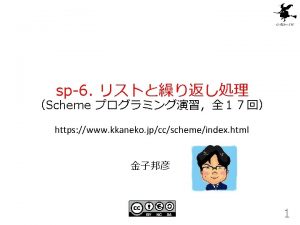 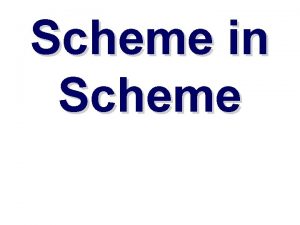 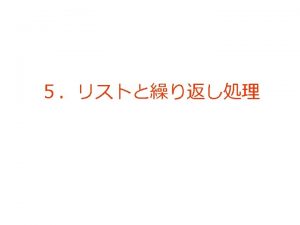