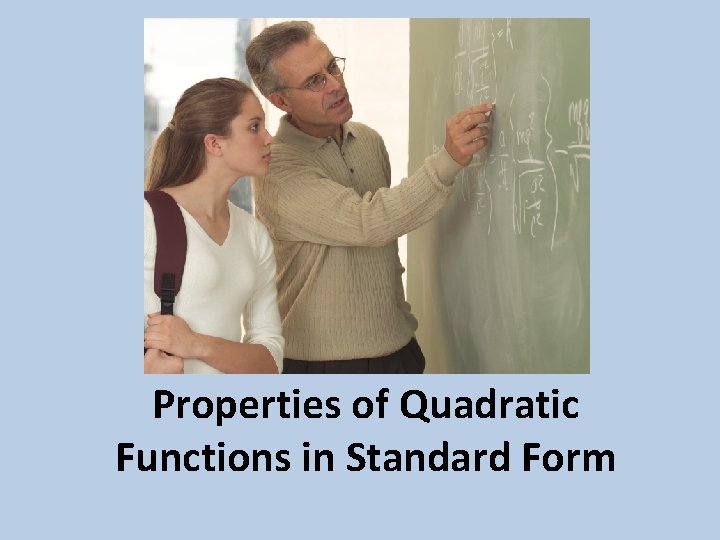 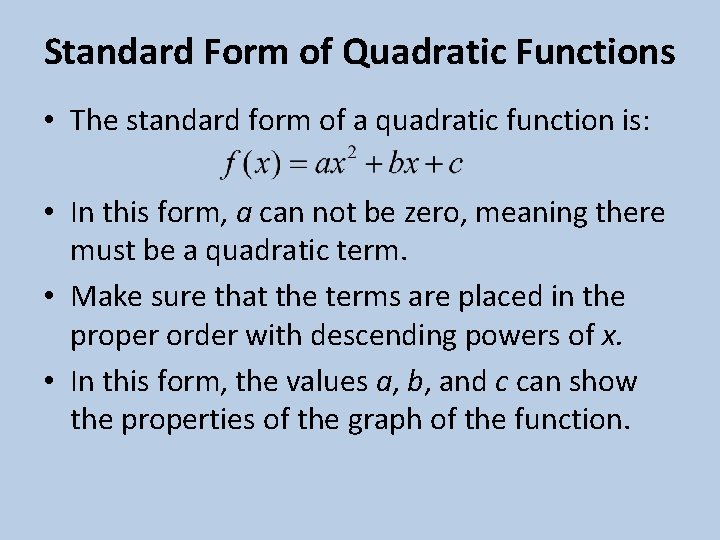 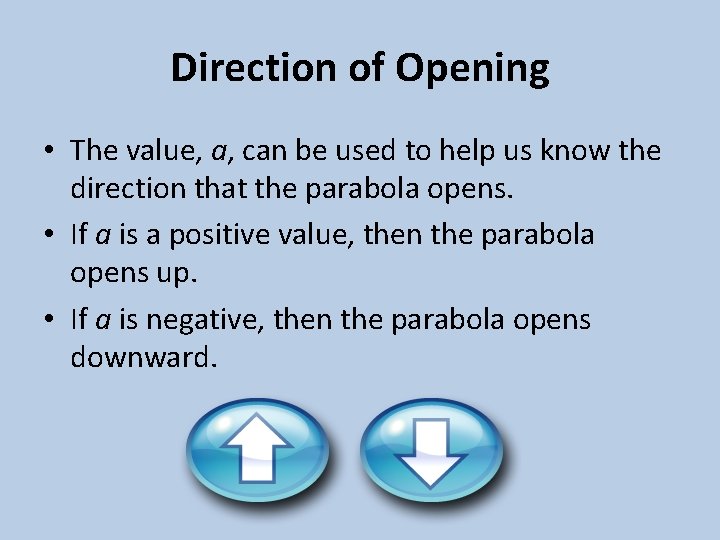 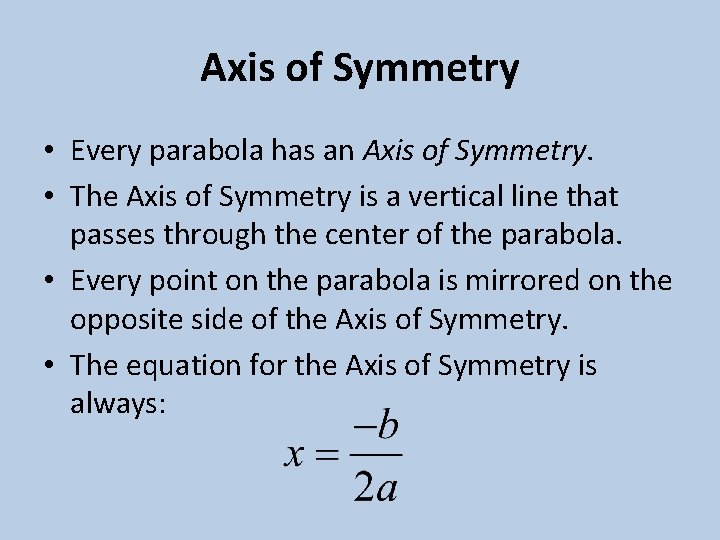 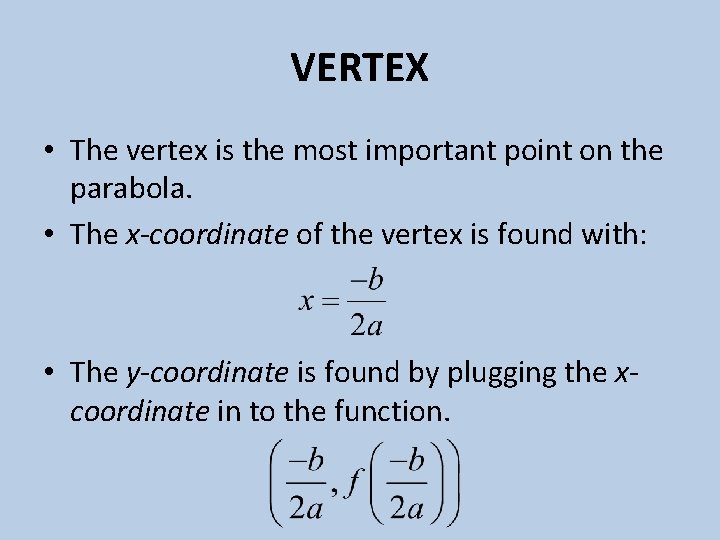 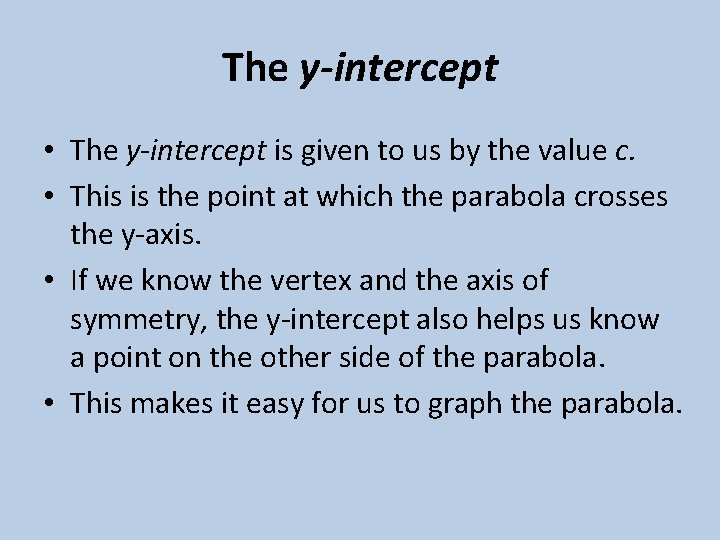 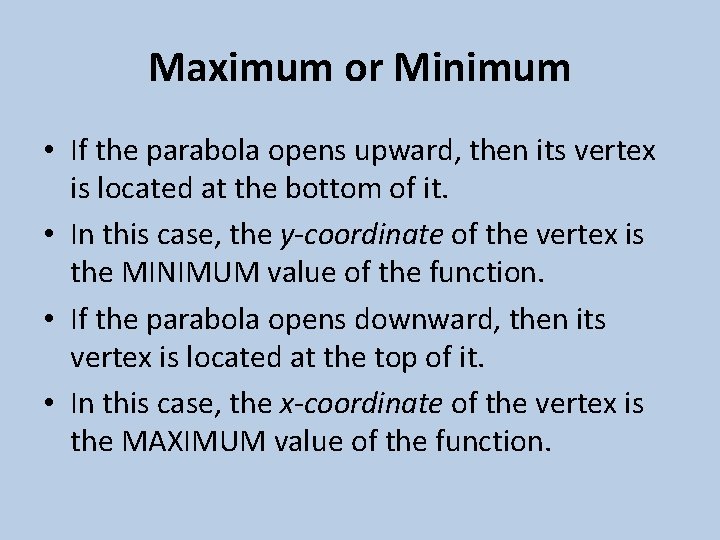 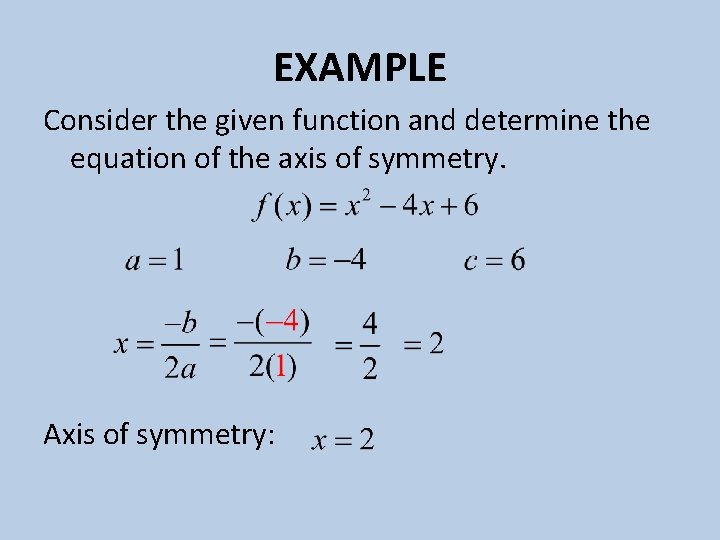 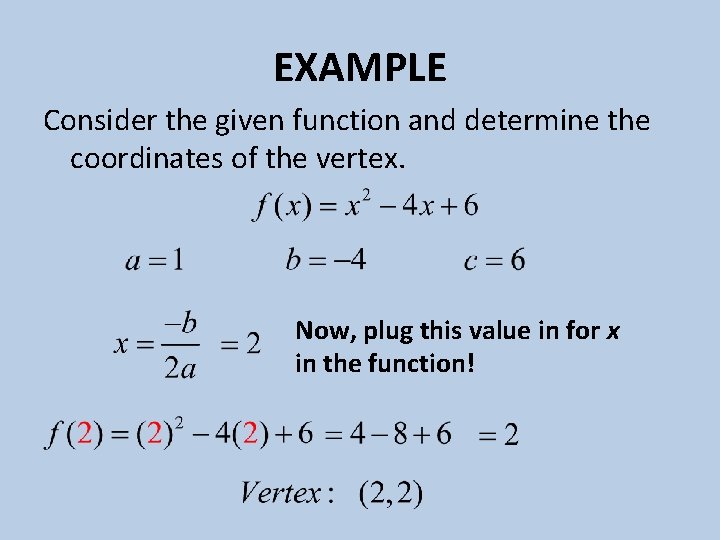 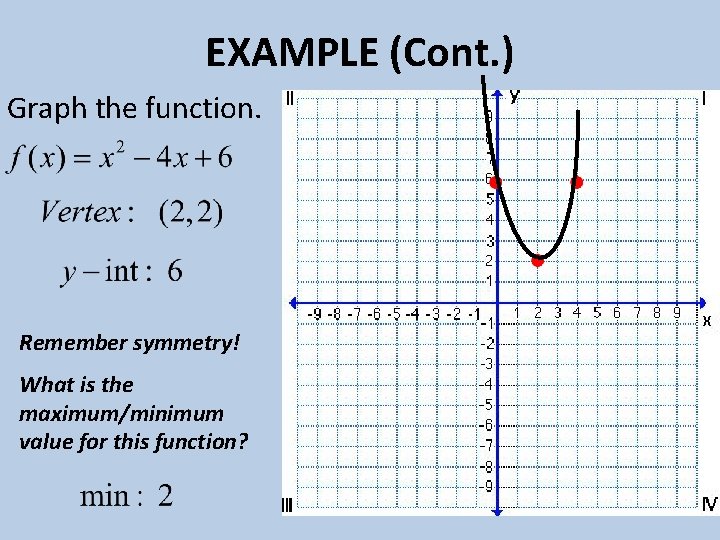 Standard Form of Quadratic Functions • The standard form of a quadratic function is: • In this form, a can not be zero, meaning there must be a quadratic term. • Make sure that the terms are placed in the proper order with descending powers of x. • In this form, the values a, b, and c can show the properties of the graph of the function.

EXAMPLE Consider the given function and determine if it opens upward or downward.

EXAMPLE Consider the given function and determine the coordinates of the vertex. Now, plug this value in for x in the function!

EXAMPLE (Cont. ) Graph the function. Remember symmetry! What is the maximum/minimum value for this function? 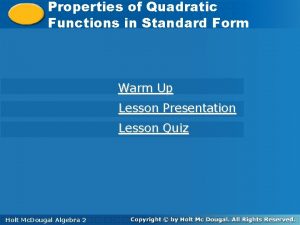 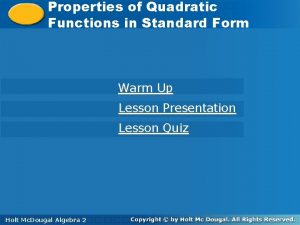 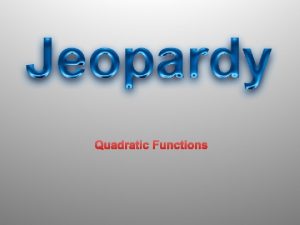 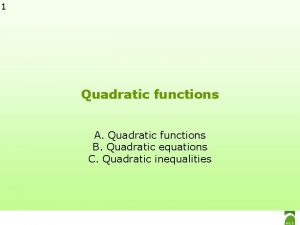 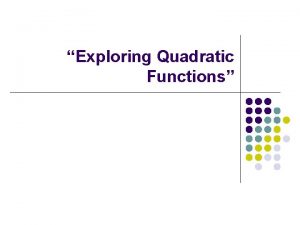 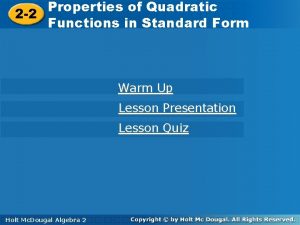 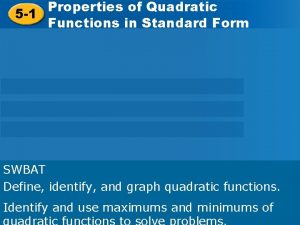 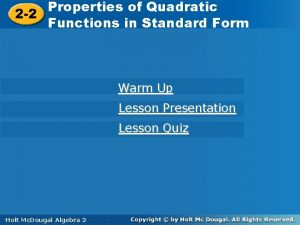 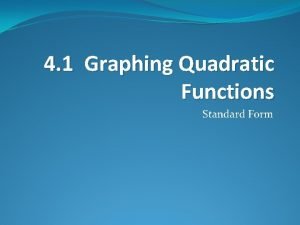